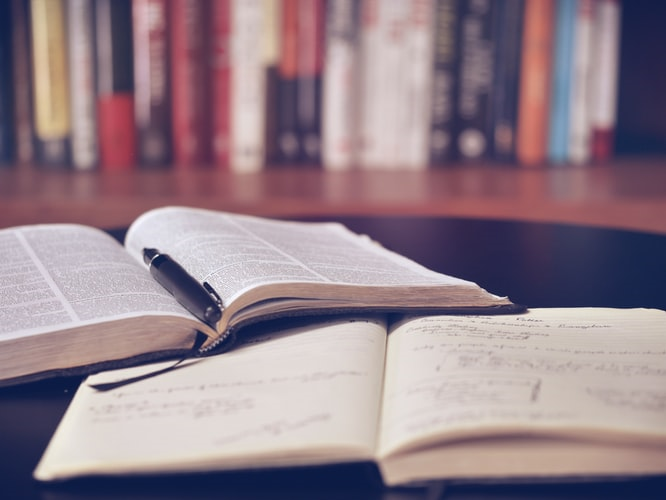 In mid-18th century England, education was largely a privilege of the wealthy class. Their children –usually the males – were instructed by private tutors at home. Children of poor factory and farm workers toiled alongside their parents as soon as they demonstrated “industrial” efficacy. Neither parents nor children had the means or use for education. It was in this setting that Robert Raikes, editor of the Gloucester Journal, penned an influential editorial in 1781 supporting a William King’s newly established home Sunday School class. This was ostensibly aimed at educating slum children in what would become the basics: reading, writing, “ciphering” (arithmetic) and instruction in the Bible. King’s, and all future such classes, met on Sundays because that was the only day the factory and farm employers would spare the children, who until now had no resort to any form of education.

Out of these small beginnings lay the kernel that would germinate to become the vaunted British public-school system. A system which would be exported across the British Empire and transform whole nations and the lives of its people, rich and poor. It was from these foundations that the weekly Seventh-day Adventist (SDA) Sabbath School Quarterly (SSQ) structure followed: a commitment to empowering instruction in the best traditions of education, albeit narrowly tailored to biblical religion. And having aligned our vision to the Sunday School model, we had to take the commitment seriously. For a while, those charged with the SSQ enterprise took it seriously. But it appears that, in recent years, this commitment has been weakening and the Adult lesson study in particular is steadily evolving into an ideological mouthpiece of the church’s more right-wing leadership who currently control the quarterly’s production.

Here is what I observe of the current maneuverings that implicate the administration in using the SSQ to advance its goals. It concerns the apparent manipulation of the quarterly studies, not as adjunct to, but in place of, mandated theological study. At the 2015 General Conference (GC) in San Antonio, the GC Biblical Research Institute (BRI) was charged, together with the GC leadership, with preparing a new document on Hermeneutics in time to be voted on at the 2020 Indianapolis GC session.

The usual way such assigned studies develop is that, in the intervening years before a GC session, the committees preparing the documents provide periodic updates to designated groups, including Annual Council delegates and even the SDA public. A recent fine example was the process followed by the Theology of Ordination Study Committees (TOSC) prior to the 2015 GC session. In that decidedly hyperactive example, each Division of the world church had its own committee which independently studied the topic and reported its findings. In San Antonio the administration, having learned its lesson from the TOSC experience of how not to relegate “power” to the grassroots in policy making, ensured that the Hermeneutics study would be a tightly controlled affair. This is how the assignment was given to an unenthusiastic BRI.

So far, over the last 54 months, nothing remotely similar to the TOSC process has emerged with the Hermeneutics study. And it isn’t because there hasn’t been a clamor for information. Almost exactly two years ago, at the midpoint of the five-year assignment, I lamented the slow process and lack of transparency in my column Forgotten Homework: The 2020 Study in Hermeneutics. Six months ago in his Spectrum article Can this be Adventism?, former Adventist Forum board chair Charles Scriven described in painful frustration the refusal of the main stakeholders of this project – BRI, GC, Andrews University Seminary – to publicly discussing the study’s status.

I don’t know how else to characterize the way Chuck was treated by these leaders than see an entitled group of administrators eschewing contact with a general laity that does not appear to know its place. But if governance in Adventism purports to be a representative democracy, even vaguely, then the membership is entitled to know what is done in its name. And in an open forum. When a study is commissioned publicly, those bringing it about shouldn’t do so behind closed doors, which so far has been the story.

So we are now in the home stretch of an assignment, given almost five years ago, to craft the church’s position on how to interpret and thus understand scripture. Yet we have no public idea who is writing these positions, or the selection process that qualified them to do so for us. If such notable Adventist Hermeneutics experts like Alden Thompson were not even invited to contribute papers for this assignment, one wonders about the breath of voices crafting this document in our name. Yet the projected posture, based on how Chuck was treated when attempting to ask questions, smacks of co-mingled arrogance and indifference.

But suddenly a eureka moment – and with it the clarifying insight. The intersection between the 2020 second quarter Adult SS lesson study and the 2015 “commissioned” Hermeneutics project. The subject of the 2020 second quarter SSQ is – Hermeneutics. Dr. Frank Hasel of the BRI is rumored to be the principal contributing editor. So do we now finally have an emerging administrative strategy? Is the SS lesson study on Hermeneutics set up to be the substantive replacement for the “commissioned” Hermeneutics study? If so, and I don’t see how to construe this differently, then it stands the whole process on its head.

When Elder David Ripley proposed the Hermeneutics study at the last GC session, it was billed as “our most important need”, the study that would help heal the church’s bitter polarization. Elder Ripley’s motion was adopted presumably because the 1986 Rio Hermeneutics document, currently guiding the church’s understanding of biblical interpretation, is no longer adequate and needs updating. So how do we have a Sabbath School lesson study on this topic before the body designated to work on the new and improved version has even presented its report for ratification? This whole process puts the cart before the horse.

What this infers is that the GC leadership, because it couldn’t be done without their involvement in collaboration with the SSQ production team, is effectively sidestepping the GC session mandated Hermeneutics study in favor of Sabbath School lesson guides on the same subject. The former requires input and vetting by knowledgeable experts; the latter is essentially a principal contributor’s conception, potentially rubber-stamped by a likeminded GC and SS editorial board.

That is how we go from needing a study on the theology of Hermeneutics, because our current one is deemed inadequate, to the global church applying the “recommendations” of a nonexistent study in a full blown SSQ study. All this before we know what our Hermeneutics theology is supposed to be. And before it is voted on. Why then was the Hermeneutics study even embarked on?  Why are we studying Hermeneutics from April through June 2020 just before the Indianapolis GC session? One plausible reason could be that the administration has a preferred Hermeneutics direction which they want to push the delegates into adopting in Indianapolis. And since the people involved with the SSQ study are also connected with the Hermeneutics project, the SS lesson is being used as leverage for votes in Indianapolis. It is a stacking the deck of sorts, a scheme not unlike what the president used in the middle of the TOSC meetings when he abruptly redefined the rules.

The question is not so much why we go through the exercise at GC sessions of voting to have studies if the administration won’t abide by the rules, but why we allow this administration to orchestrate such maneuvers? To resort to this approach is unacceptable.

The SSQ studies are probably the most unifying of all Adventist “institutions”. Go anywhere in the world, on any given Sabbath where Adventists meet, and no matter the setting or language spoken during the SS hour, the subject matter is always the same. Our takes on the topic might differ once class begins, but the subject studied is presented globally. There is nothing else like this in the Adventist subculture, not vesper hours, not “divine” service, because those presentations follow individual scripts. The SS hour is almost at the level of a liturgy within Adventism. That is why it is dangerous for this singularly unifying medium to be tainted by the perception of manipulation for ideological advantage. If members begin to feel that the quarterly lessons are propaganda they will feel used and controlled. Then what has so far been an enviable unifier within the church, will likely polarize us. The GC needs to exercise restraint and keep its hands off of the SSQ.