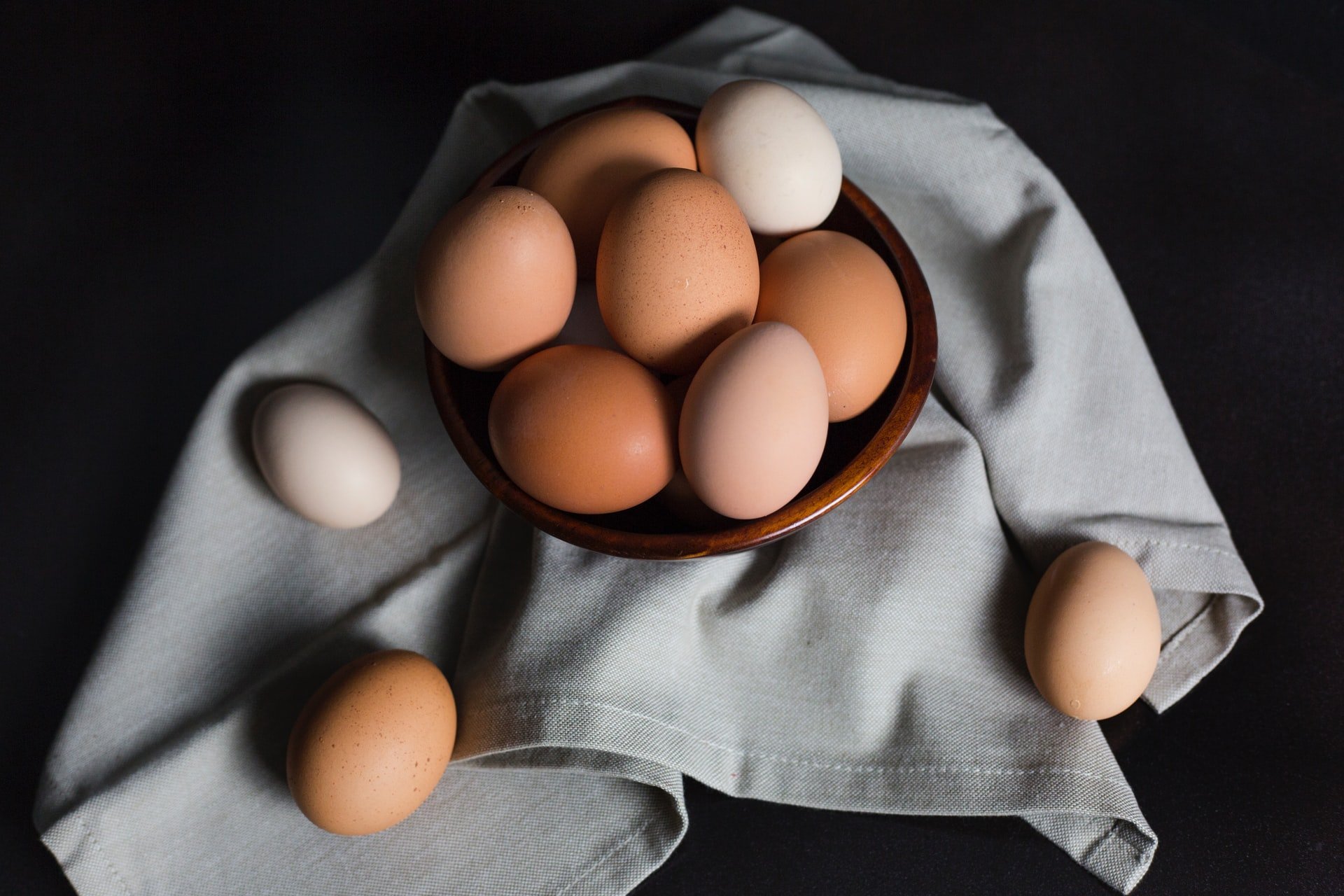 In my possession, I hold dear a black-and-white portrait of a delicate woman standing on the banks of a Nebraska homestead. While the photo could be any one of thousands of yellowing vintage photos randomly scattered, sitting in any dusty shoe box in any American home, this one is different — very different. What makes it unique — even striking — is the formidable woman with brown, penetrating eyes staring back.

Much like a conspicuous prop thrown in front of a clashing backdrop — the woman in the picture doesn’t fit her misshapen Midwestern backdrop of life which involved protruding cornfields, clumps of shapeless dirt, and long pitted-gravel roads. As if a play actor thrust into the spotlight of the wrong stage, her slim wrists, angled heart-shaped face, and smooth features are unfamiliar to the barren prairies which must have made up her life.

I have spent hours asking myself, “What makes this picture so striking?” Why does it stand out from the piles and piles of black and white images? Is it the woman’s beauty? Certainly, she is pretty — but not exceptional. Is it her dress? It’s, tasteful, black — even smart — but it’s not calling any further attention to her form. Is it her intellect? Indeed her eyes are very bright — but there are no inventions, PhDs, titles, or even witty quotes following her legacy. 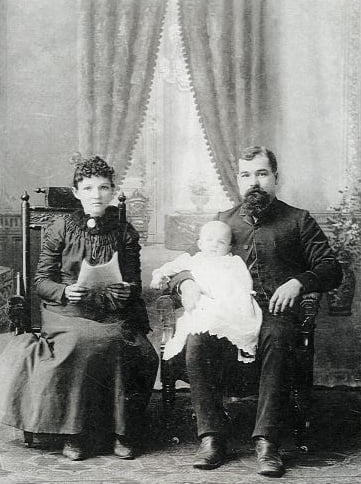 After hours of puzzling over this picture, I have come to believe what makes the photo captivating is that the woman in it knows a secret! This photo is much like Leonardo da Vinci’s famous Mona Lisa portrait of the woman with the mysterious smile. Art critics of da Vinci’s tell us the portrait has withstood the test of time and evokes intrigue in world-class galleries everywhere because the woman in da Vinci’s painting holds a secret. It is this secret that makes the woman so beguiling. My black-and-white photo, while very much less acclaimed, could be the Mona Lisa of the Midwest, as the woman in it is a complex version of determination with daintiness, boldness without a hint of brash, worth without arrogance, proud but not prideful. Without a hint of pretense or false inflation, she just stalwartly, solidly, and comfortably knows a big secret.

The woman in the photo is my maternal great-great-grandma Jenny who was historically the first-ever woman homesteader in the State of Nebraska and also the first certified woman teacher and educator within that same state. As a single woman alone in a new frontier, Grandma Jenny, a.k.a. young Jenny M. Gackler, set about foraging a good life and following grand ambitions which were often only available to white men at that time. 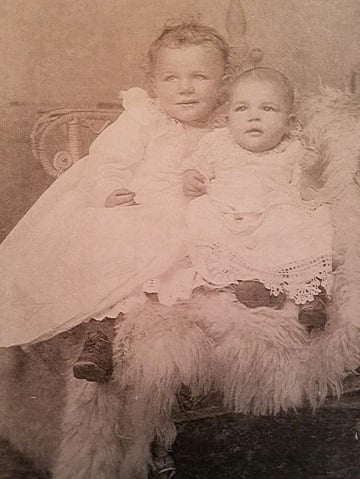 Dipping into the archives further, I discovered Grandma Jenny eventually married — but apparently poorly. Further into the memoirs, I found a sad newspaper article informing us that Grandma Jenny filed for divorce — also a rarity of her time. Whatever caused this refined woman of compelling and striking traits (even by today’s standards) to file for divorce?

The news clip read, “Husband Swindled Her out of Egg Money!” Rather than have a side business selling Mary Kay or Tupperware, many women of that day sold eggs for extra profit. Grandma Jenny was no exception and sold eggs as a side business. But Grandma Jenny’s husband refused to let her keep a cent of her own money. Sadly, even though she had studied her way through school, was homesteading her own land, had bought her own chickens, and now with the stains of hard work and fresh blisters still on her small hands, she was refused her own money!

But you say, “No one divorces over egg money!” CORRECT! No one divorces over eggs. In reality, people separate from relationships, leave workplaces, abandon churches, escape cultures, clubs, organizations, and families when they are not loved, respected, and cherished. Many women of her day would have swallowed their egg-losses, preserved the yoke of marital duty (pun intended), and gone on, chicken money or not, but not Grandma Jenny. Grandma Jenny happened to know her God-given, intrinsic worth. I suspect that more than the theft of the egg money, Grandma Jenny mourned — likely even cried aloud — on her pillow each evening, that she was with someone that didn’t recognize her value. I suspect the egg loss was merely a symbol of something much greater. And so, in a world that rarely offered women detours, Grandma Jenny took her chickens and ran. I am proud that her blood runs through my veins. “Go Jenny go!”

I believe the reason people find Grandma Jenny’s photo striking even decades later is because she has a secret! Her secret is as sure as the day is real — eggs or no eggs, house or no house, partner or no partner. And nobody was able to take her secret from her — the desolate Midwestern cornfields could not take it, the era of history she lived in could not take it, even the bleakness at her back could not take it.

In the context of Christian value, I say to all those taken out, put down, yanked out of place, trodden upon, hurt, deceived, and abused, keep reading because, “No one takes Grandma Jenny’s egg money!”

Just as Jesus admonished his disciples, “Cast not pearls before swine,” so the Apostle Paul tells us in 1 Timothy 4:12, “Let no man despise thy youth; but be thou an example of the believers, in word, in conversation, in charity, in spirit, in faith, in purity.” Further, Prophet Elisha addressed the topic of disrespect when he had bears attack those making fun of his baldness. Additionally, the book of Proverbs is full of commands to respect others, those with white hair (elders), the poor, the fatherless, the lame, the foreigner. The entire New Testament, especially the book of Luke, is about Christians being about the business of making right what is “cracked and broken.”

If you don’t believe God is in the business of putting injustices right, re-read the book of Exodus and note how many times, God (speaking through Moses) says, “Let my people Go!” Within the entire biblical canon, note how many times God is referred to as a Healer, Redeemer, the Balm of Gilead, the Great Physician, the one who has paid our ransom! Those are titles for one restoring what is broken — the proverbial “broken eggs” of society. God again and again puts society's pieces back together. He is always about uplifting and showing His tender spot for the marginalized. He is about justice.

Much like Grandma Jenny’s eggs mattered to her, this same God whose brilliance cast the galaxies and constellations into orbit with just a word, takes note when the daintiest sparrow on earth falls from its nest — justice matters to Him!

And the Bible is rich with things that matter to God.

One, symbols matter to God. Grape juice is a symbol Jesus is saving until we go to heaven and are united with Him. Other symbols that matter biblically include the olive leaf and branch, representing cooling peace; water, another symbol representing life; brides representing radiance, purity, and beauty; rocks and The Rock reminding us of security and rest; honey and its comb with little bees, representing new life; the dove, conveying the spirit of God; white hair, the age and wisdom of elders; little lambs and the main Lamb, representing salvation. (There is nothing tenderer than a spring lamb, yet it is a small thing.) If symbols didn’t matter to God, He would not have instructed Old Testament characters to build alters to help visually remind their children about God’s deliverance to them.

Two, words matter to God. Your parents lied. “Sticks and stones may break your bones” — and words will, too. Words hurt. Words kill. Words matter. We are told biblically that, “death and life rest in the power of the tongue” (Proverbs 18:21). Whereas, “evil words destroy one’s friends; wise discernment rescues the godly” (Proverbs 11:9). Words have that much power, and “a word fitly spoken is like apples of gold in a setting of silver” (Proverbs 25:11).

Three, names matter to God. What’s in a name? Fortune 500 companies tell us, “Everything!” Scripture states, “a good name is to be chosen rather than great riches, loving favor rather than silver and gold” (Proverbs 22:1). Yes, a good name has actual currency.

Four, life matters to God. The Bible pleads with us to, “rescue those who are being taken away to death; hold back those who are stumbling to the slaughter. If you say, “behold, we did not know this, does not he who weighs the heart perceive it?” (Proverbs 24:11-12).

Five, respect matters to God. The ideal woman of Proverbs is clothed in both, “strength and dignity” and the dignity she puts on every day before she goes out is respect (Proverbs 31:25). Again and again, from cover to cover, the Bible admonishes us how to live so as how to be respected, “be kind and honest and you will live a long life; others will respect you and treat you fairly” (Proverbs 21:21). And to respect and honor one’s parents is even an official commandment in Exodus, written in stone!

Are the “eggs” in your life hurt and cracking, bruised, battered, bleeding, and shattered? Are you marginalized, without respect or voice? God cares about justice. And I believe He says, with Grandma Jenny, “Don’t let anyone take your ‘eggs.’” 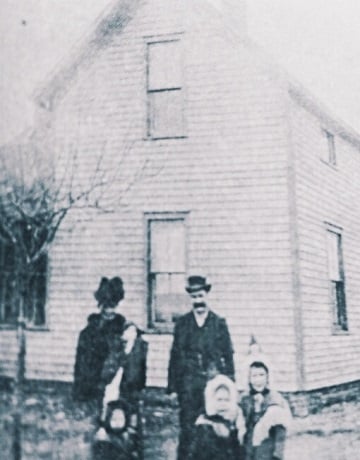 Author’s Note: This article is not advocating divorce. The author understands the necessity of conflict resolution, honoring the holy bonds of marriage, along with the need of biblical forgiveness. This article seeks to help Christians claim their God-given value.

Cindy R. Chamberlin is Vice President of Communication for the Central California Conference of Seventh-day Adventists.

Main photo by Katherine Chase on Unsplash. In-line photos courtesy of the author.