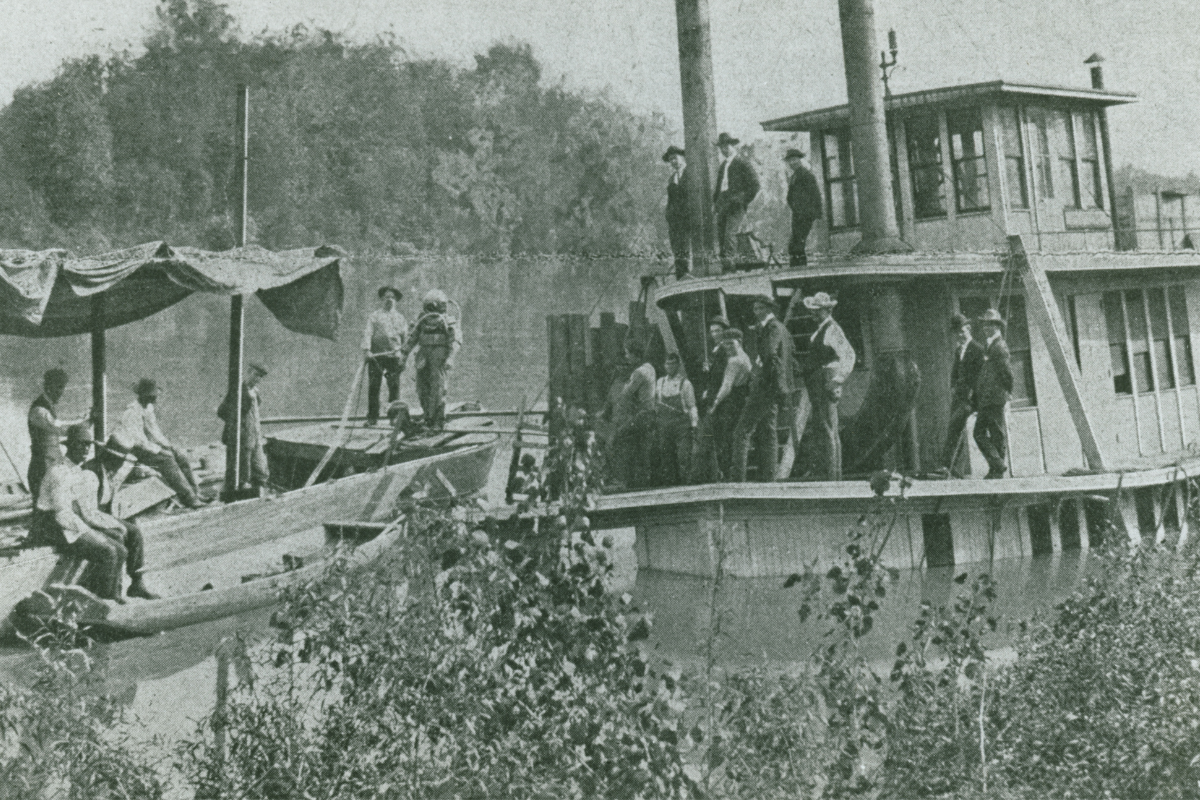 Religious indifference to social justice is an attack on Christ. Words alone are not enough; it is actions that help destroy racism. I deeply believe that there must be historical reparation by the General Conference, and an apology for its racist attitude toward African Americans. Ellen White continued to work hard until her death in 1915 to bring social justice to people of color. BLACK LIVES MATTER.

Slavery had been abolished in 1865 in the United States. The end of the Civil War opened a new phase in the lives of African Americans. However, although they were no longer slaves, social justice for the newly freed slaves would take more than 100 years. In the southern states, the epicenter of slavery, after emancipation African Americans lived in deplorable conditions, had no access to health care, depended on the meager wages their former masters provided — they were still exploited — and had no access to formal education.

I read some publications that rightly exalt the position of pioneers like Ellen White against slavery and racism. While the pioneers had a progressive theology on social and religious issues, unfortunately not all Adventists held the banner of social justice. Ellen White's words, "The God of the white man is the God of the black man," are part of a frank, direct, and crude speech against the General Conference leaders in 1891, entitled "Our Duty to the Colored People.” Racial indifference is the worst aftermath of slavery.

Social status and race do not determine human value

“How our laborers in the south shall deal with the ‘color line’?” The GC's reaction and methods of working with African Americans were based on the issue of race and discrimination. Ellen White began her speech by talking about how valuable humans are to God: “The Lord has given us light concerning all such matters. There are principles laid down in His Word that should guide us…. The Lord Jesus came to our world to save men and women of all nationalities. He died just as much for the colored people as for the white race [quoted Luke 4:18-19].”

“The Redeemer of the world was of humble parentage,” Jesus left His majestic condition to become a humble servant of humanity. White continued, “He chose a life of poverty and toil [quoted 2 Corinthians 8:9 and Luke 9:58]…. He dwelt among the lowly of the earth…. Their moral worth is not determined by their worldly possessions, their real estate or bank stock. It is the humble, contrite heart that God values…. The attributes that He prizes most are purity and love, and these are possessed only by the Christian.”

The principle of the apostle Paul (Romans 1:14) can be achieved by Christians only when they imitate the humble character of Jesus.

Ellen White stated to the GC leaders her position against racism: “I know that which I now speak will bring me into conflict. This I do not covet, for the conflict has seemed to be continuous of late years; but I do not mean to live a coward or die a coward, leaving my work undone. I must follow in my Master’s footsteps. It has become fashionable to look down upon the poor and upon the colored race in particular.” Social status or skin colour do not make a person miserable, but the attitude of discrimination does. White said: “The color of the skin does not determine character in the heavenly courts.”

“All ye are brethren,” were the divine words that Ellen White heard in her prayer. She went on to say that black people “should have just as much respect as any of God’s children. Those who have spoken harshly to them or have despised them have despised the purchase of the blood of Christ…. Seeing ye have purified your souls in obeying the truth trough the spirit unto unfeigned love of the brethren, see that ye love one another with a pure heart fervently [quoted Colossians 3:9-11].”

What makes us different before God? Ellen White answered: “The God of the white man is the God of the black man, and the Lord declares that His love for the least of His children exceeds that of a mother for her beloved child…. He loves them all, and makes no difference between white and black, except that He has a special, tender pity for those who are called to bear a greater burden than others.” Whether rich, poor, Black, or white, Jesus paid the price for each one equally: “All are one in Christ. Birth, station, nationality, or color cannot elevate or degrade men. The character makes the man [quoted Matthew 25:34 and Revelation 2:7]… They [white people] are not sanctified through the truth. Those who slight a brother because of his color are slighting Christ.”

In addition, Ellen White emphasized that racial prejudice, whether inherited or cultivated, disappears from the Christian who becomes one with Christ: “If a colored brothers sits by their side, they [white people] will not be offended or despise him. They are journeying to the same heaven, and will be seated at the same table to eat bread in the kingdom of God.”

The aftermath of slavery

Ellen White considered the consequences of slavery — ignorance, illiteracy, and moral decay among African Americans — to be the responsibility of white men. Social justice could only begin with recognizing the damage white men caused to people of color. She believed that the only way to repair this terrible damage was to restore dignity, equality, and education to African Americans.

“Are we not under even greater obligation to labor for the colored people than for those who have been more highly favored? Who is it that held these people in servitude? Who kept them in ignorance, and pursued a course to debase and brutalize them, forcing them to disregard the law of marriage, breaking up the family relation, tearing wife from husband, and husband from wife? If the race is degraded, if they are repulsive in habits and manners, who made them so? Is there not much due to them from white people?”

The church commits sin when it uses racism to give priority to white and wealthy people: “Sin rests upon us as a church because we have not made greater effort for the salvation of souls among the colored people. It will always be a difficult matter to deal with the prejudices of the white people in the south and do missionary work for the colored people. But the way this matter has been treated by some is an offense to God…. You have no license from God to exclude the colored people from your places of worship.”

Racism must be confronted!

Ellen White condemned the General Conference leaders' neglect of mission among people of color in the U.S. South. GC leaders were more interested in expanding Adventist work in Europe and the northern United States. She advised the preparation of white men and women to work among African Americans, as well as pastors of color. She urged them to educate and liberate through the gospel.

Ellen White urged that Adventist missionaries should not fear the racial prejudice of white men in the South, nor should it be an excuse for not working for African Americans. White ended her speech by challenging the GC leadership: “Let none of those who name the name of Christ be cowards in His cause. For Christ’s sake stand as if looking within the open portals of the city of God.”

“The rebuke of God is upon the management”

Ellen White's speech was not well received by the GC leaders, and was the last straw for the organization's patience. That same year (1891), Ellen White was "banished" to Australia. And the warnings against racism and indifference to African Americans were ignored by Adventist leaders, and the attitude of the GC reached shameful dimensions.

The impact of the General Conference's indifference was felt by Edson White's work among African Americans in the South. Ellen White strongly supported her son's missionary plans from Australia, plans that began with self-funding. Edson White and Will Palmer built the ship The Morning Star. The boat served as a mobile school, had a chapel, a printing press, and rooms for the missionary personnel. They sailed down the Mississippi River preaching to African Americans and teaching them to read and write. This earned them threats of lynching by white people in Mississippi and the occasional attempt by white men to hang Edson.

Work among African Americans in the South was of little importance to the GC. The funds raised by Edson were threatened. The weekly salary paid to Edson by the GC was $8 (today $250, about $1,000 a month), a large difference from the salary of a pastor in Battle Creek, who was paid $30 a week (today $944, about $3,776 for month). Over time, the GC diverted offerings to African Americans in the South to other projects.

Ellen White, upon learning of Edson's financial problems, decided to support him by writing several articles to promote the collection of offerings for the work in the South.[1] $11,000 was collected,[2] of which not a penny made it to Edson's mission. Upon learning this, Ellen White wrote a letter on July 24, 1895 to the "Brethren in Responsible Positions in America.”[3]

The theme of social justice and the exaltation of the gospel dominated White's thinking. She wrote, “I am deeply concerned in regard to the disregard of warnings and appeals that have been made by the Spirit of God through the humble instrument… That priest and Levite [she quoted the parable of the Good Samaritan] represent many, many in Battle Creek. Will our brethren explain what their course means? Will the men in charge of the work of God sense their neglect? Will the people in Battle Creek show how much of zeal, of true missionary spirit, they have been receiving?”

Ellen White told the General Conference leaders: “Human beings, who are the Lord’s by creation and by redemption, have been left for wolves to devour, while you have felt at ease, eating from the abundant supply God gave you to share with those in need.… Those who have been feeding from a well-supplied table do not allow even the crumbs that fall from the table to be bestowed on the colored people.… God has been teaching me, and I will not rest, I dare not hold my peace.”

In her letter, she appealed to common sense and she did not tolerate the GC's shameful attitude toward African Americans: “The rebuke of God is upon the management for their partiality and selfish appropriation of His goods.”

Daniel A. Mora is from Venezuela. He is an editor and writer trained in theology. He writes about issues such as feminism, immigration, racism and social justice.