Finding God’s Glory in the Darkness

Finding God’s Glory in the Darkness 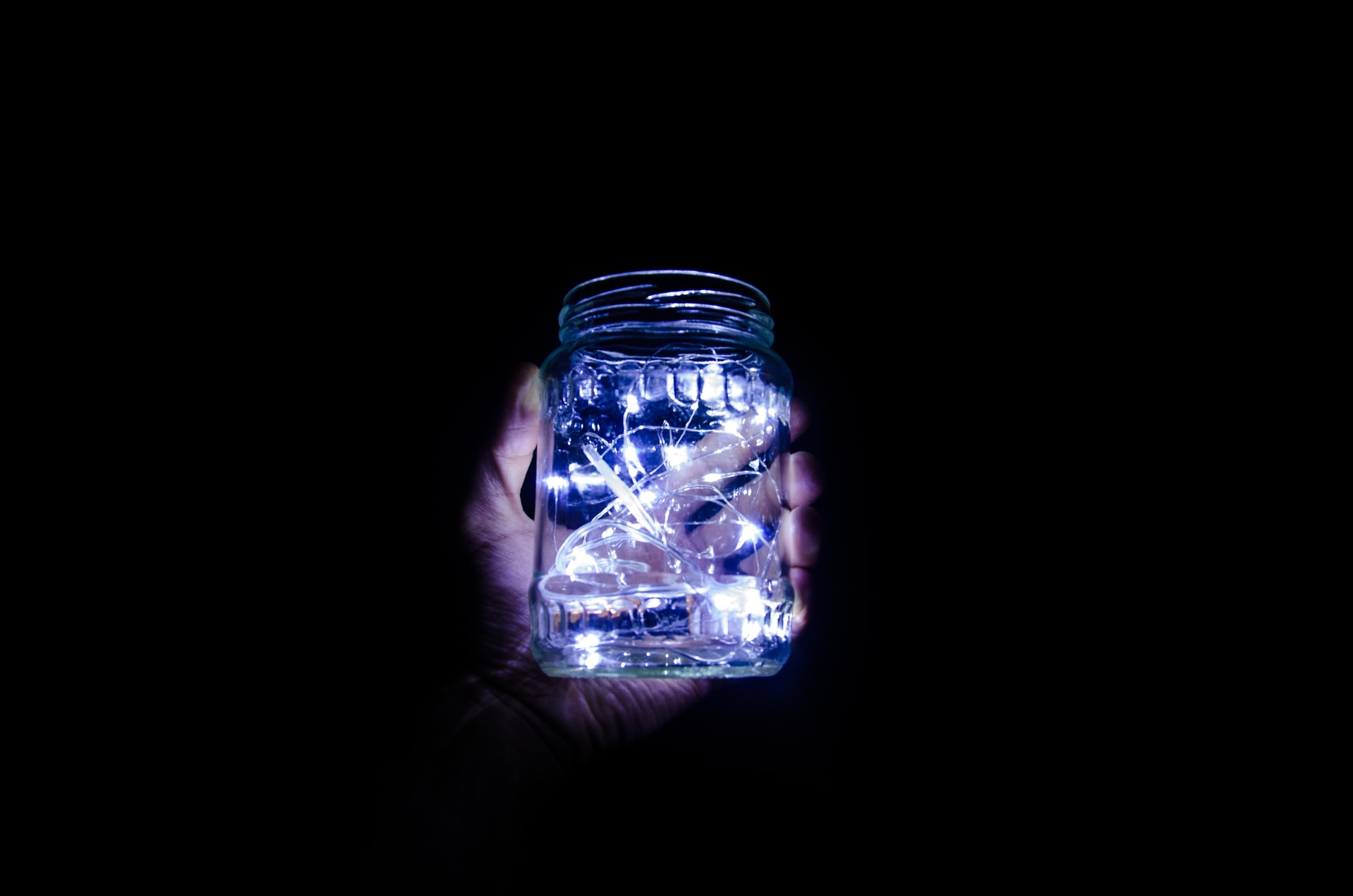 This then is the message which we have heard of him, and declare unto you, that God is light, and in him is no darkness at all. —1 John 1:5

Recently I heard a sermon by Pastor Ivor Myers, entitled, “The Hidden Agenda Behind Racism.” He was speaking of God in terms of light. His point was that God made humanity and all of humanity is one race. He spoke of the brightness or the glory of God in Ezekiel 1 where His glory is like a “bow that is in the cloud in the day of rain,” or a rainbow. Myers presents in his sermon that it is this rainbow-gloried God that created humanity in his image. Thus, the varying degrees of human phenotypes are demonstrative of the rainbow glory of humanity as a reflection of the rainbow glory of God. By placing within humanity the varying spectrum of phenotypical colors, God revealed his own glory, and humanity can truly be said to be made “in the image of God.”

The Light of God

As he spoke, my mind trailed off to the idea of light. According to NASA Science, the light spectrum has varying colors, varying heats, varying abilities, but it is the same light. What’s interesting is that the darker a color is along the spectrum the more colors exist within it. Thus, black is the convergence of all colors.

The truth about the color spectrum and its optical expression is critical for us to understand as the Bible describes God using a variety of colors. It is said His body is “as the color of amber with the appearance of fire all around within it… as it were, the appearance of fire with brightness all around” (Ezekiel 1:27). This visual of the fiery God is repeated in some form throughout the Bible: the flaming sword, the burning bush, the pillar of fire, the Shekinah Glory, the fiery chariot, the Holy Ghost at Pentecost (Gen. 3:24; Ex. 3; Ex. 13:21-22/Num. 14:14; 2 Kings 2:11; Acts 2).

An important point for you to understand is that in order to see this revelation of God as “amber” Ezekiel was permitted to see through the “outer shell” of God. This outer shell is described as a firmament which looks like a sapphire stone (Ezekiel 1:26). Sapphire is a dark blue stone, the heart of which can appear black, or blue black. While in this particular text the sapphire blue “outer shell” is a throne for Ezekiel, this kind of darkness can be seen in other passages of the Bible:

• God comes to Abraham shrouded in a “horror of great darkness” (Genesis 15).

In these texts, God is clothing or covering Himself with darkness. Why would God cover Himself in darkness? Isn’t He a God of light and so “there is no darkness in Him”? In fact, so much of Christian iconography has taken the words of John the Revelator so literally that God is always depicted as being enshrouded in light. The truth is, our colonialist mindset that privileges light over darkness restricts our imagination from seeing the glory, divinity, or essence of God affiliated in any way with darkness. Our limited study often queries, if there is no darkness in Him then this means there is no darkness even around Him.

In an article published in 2008 entitled, “The Black God and the Ancient Mysteries” Wesley Muhammad presents that in various ancient cultures the earliest depictions of the creator God displayed Him as having a luminous fiery body, so bright and powerful that He clothed His flesh in dark skin from the dark watery abyss of space. This blue-black skin refracted the luminosity of the deity making His presence bearable to His creation. In other words, there is so much light in Him that in order to engage with humanity God had enshroud that light in darkness.

Muhammad continues this train of thought in his article, “Sapphiric God: Esoteric Speculations on the Divine Body in Post-Biblical Jewish Traditions” where he quotes two Jewish writers:

“In what way does blue differ from other colors, that God should have commanded that it be inserted in the fringes? Because blue (resembles grass, grass) resembles the sea, the sea resembles the sky, the sky resembles a rainbow, a rainbow resembles a cloud, a cloud resembles the heavenly throne, and the throne resembles the divine glory (כבוד), as it says, ‘As the appearance of the bow that is in the cloud, etc. (Ezek. 1:28.)’”

This reality of the glory of God enshrouded in darkness is further manifested in the humanity of Jesus. Just as black is the convergence of all colors, so too is it the convergence of all genetics. Scientists and scholars have published extensively, revealing that all races originated from Africa and its darker people. In fact, Time magazine published an article detailing how the origin of all human genetics can be traced back to Africa. While their research is rooted in evolution, the premise is supported with Scripture.

The Bible itself reveals that when God made humanity in Their image (Gen. 1:27) from the dust of the ground (Gen. 2:7) and called them Adam (Gen. 5:1-2) that They did so on African soil. In fact, “Adam” means earthy colored and Genesis 2:10-14 tells us that the location of Eden was somewhere between where the Tigris and Euphrates rivers of the Middle East join the Pishon and the Gihon rivers of Africa. This means that Adam and Eve were a darker people birthed from African soil on the Earth. It is from the loins of these darker people that the varying rainbow of phenotypes we see throughout humanity exists.

Therefore, when Jesus, the very image of the glory of God (Hebrews 1), decided to put on the flesh of humanity He chose to enshroud such divinity in the dark, melanin-filled skin of an ancient middle eastern Jew. It is in Him, through Him, and by Him that all of humanity can find being, salvation, and come to reveal the varying expression of the rainbow glory of God. For in darkness exists the variations of all color; in blackness exists the variations of all humanity.

Quite plainly the answer is not in our offerings of praise to God, but instead it is found in our treatment of humanity. Racism and its various manifestations through prejudice and discrimination directly diminish and devalue the glory of God by elevating the glory of self. White supremacy and the notion of the superiority of lighter skin pigmentation is humanity’s broken attempt at giving glory and honor to itself valuing the human variation over the God in which all human diversity exists. Therefore, to give God glory is to protect and value all human life, regardless of its varying phenotypes. This kind of worship is critical to God as all of humanity, in its varying shades and colors, is the very expression of Their glory.

In Christ we see a phenotype which, in its darkness, is capable of containing all of us. It is in the life and light of a darker hued Christ that all phenotypes find their place and their fulfillment. Furthermore, it is in this darker hued Christ that all phenotypes are brought together as the human rainbow. Any church claiming to give God glory will work to appreciate and uplift all of humanity, regardless of their different phenotypical features, shades, and colors. When we as a church appreciate all ethnicities and races as being in the image of and bearing the glory of God working for their liberation and protection, only then can we say that we fear God and give Him glory.

Jason A. O’Rourke, DMin., is a husband of one wife, father of two daughters, military veteran, former pastor, and currently the Director of Mission Integration at Littleton Adventist Hospital. He is a sought-after writer, speaker, and mentor.

This article was originally published by Message Magazine and is reprinted here with permission from the author and original publisher.

Photo by Petrisor Ionel on Unsplash