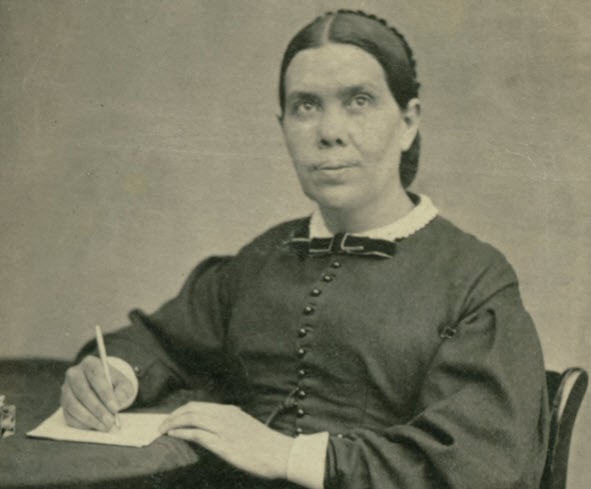 Could one be a prophet and still get some things wrong? My answer, Yes!

Prophets are imperfect human beings trying to do God’s will. On the whole they carry their responsibilities well, but occasionally human considerations intervene rendering their counsels antithetical to God’s ideals. The Bible bears this out, especially in the Old Testament (OT) where prophetic activity was most prevalent. Even in the New Testament much of Jesus’ ministry centered on correcting his contemporaries’ misconceptions of the true intents of the Mosaic code. This was important because in his time people incurred the death penalty or were maimed as retribution – “an eye for an eye” – for their part in killings or maimings. So not getting it right had real life and death consequences.

I contended in a previous article that Samuel got it wrong about his purported directive from God ordering Saul to “kill everything that breathes,” in their war against the Amalekites. I do not know exactly how or what he got wrong. What I know is that during war, especially if perceived as existential, it is difficult to view one’s enemies as fully human, and moral considerations are put aside in the pursuit of victory. During those times we drape ourselves in ethnic garb, and even prophets, thinking God is exclusively on their side, could confuse their wishes for God’s orders. Some of the most regrettable ethical lapses in the Bible are debasing actions perpetrated against ethnic minorities or “others” at the “commands” of their prophets, or God himself.

The OT often portrayed the Hebrew God as a domesticated warrior god, a faulty depiction that has made it easier for some to conclude that such a god can order, or at least condone, genocide. Though one could reject such reasoning on ethical grounds alone, it is the solid witness of Jesus about his father’s character that persuades. An important reason for Jesus’ first advent was to show us who his father is: not the jealous village chieftain who delighted in warfare or relished destroying his enemies.

The idea that God loves, not only one’s tribe, but all humanity – Jews, Gentiles and all in between – was a radical concept to his first hearers. This simple truth was so alien to Jewish thinking it took Calvary to break through. It was only after that “new” imagery of a universally loving God gained currency that they started grasping the absurdity of God ordering the killing of vulnerable innocents – children, elderly, animals – because they were “alien.”

So if we disapprove of genocide today, it isn’t necessarily because we are better than those who came before us. It shows the power of the better example Jesus demonstrated. It is for the same reason that we no longer approve of zealot pastors like Nehemiah, who resorted to violence, restraining the Hebrew people to preserve their bloodline. When some in Nehemiah’s community inched toward social integration with their non-Hebrew neighbors, his reaction was swift. In his own words: “I rebuked them and called curses down on them. I beat some of the men and pulled out their hair. I made them take an oath in God's name and said: ‘You are not to give your daughters in marriage to their sons, nor are you to take their daughters in marriage for your sons or for yourselves.’” (Nehemiah 13:25)

This was normalized behavior when done at God’s command or on his behalf. And in OT times many priests and prophets proclaimed their statements and deeds as God-directed. This went on for so long that common human shortcomings – pettiness, retribution, boorishness – became indistinguishable from actions attributed to their God. But Jesus showed us differently. When angered because the merchants had turned the temple from “a house of prayers for all nations” into a “den of robbers,” (Mark 11:15-18) he directed his “violence” to the furniture housing the offenders’ wares. There is no record of Jesus hitting people, not even when they spat on him and treated him poorly. Over time, it is his example, not that of Ezra or Nehemiah, that has inspired and transformed.

The issue then is not that prophets did occasionally misrepresent God. Humans always will. The problem is that prophets are perceived as inerrant. For some reason, religious leaders and their communities tend to conflate the prophetic role with inerrancy and are reluctant to call out offending prophets even when their behaviors are clearly inconsistent with what a good God does. So we feel obligated to justify reprehensible behavior when the offenders are prophets. Then they, and we in tow, do the next bad thing: attach God’s name to this conduct. When we make our prophets incapable of error we drag down God’s name and character along with their reproachful actions.

This, it seems to me, is part of our Ellen White (EGW) problem: we have made her an inerrant prophet. And it is exacerbated by the sheer volume of her writings. Because no prophet wrote half as much as she did, her writings are a fertile ground for factually inaccurate statements or erroneous claims. But we resist conceding that she made mistakes. Of course we deny that she is inerrant, but the ways we use her writings contradict such refutations.

We have used seemingly innocuous but, when viewed over time, insidious ways to project her as inerrant. It flows from our pulpits when preachers use her as an expected clincher in their sermons. In church publications writers are careful to lace their positions with vintage statements from her writings. What would the Sabbath School lessons look like if her “counsels” were absent? She inhabits the weekly lessons in a way that reduces her voice into a formula. Then there is the ease with which we let her in as “Sister” White. By that endearing gesture the church has “sisterized” her into an eternally youthful presence in Adventist lore, not unlike Mary within Catholicism.

Ellen White, like Samuel, had moments in her long life where she proved that even prophets make mistakes. This is evident in her theological evolution, where some earlier positions conflict with later ones. Or in areas where her assertions have been contradicted by science. For example, her claims about earthquakes and volcanic formation have no scientific validation:

[R]ocks are heated, limestone is burned, and iron ore melted. The action of the water upon the lime adds fury to the intense heat, and causes earthquakes, volcanoes, and fiery issues. As the fire and water come in contact with ledges of rock and ore, there are heavy explosions underground…. The air is hot and suffocating. Volcanic eruptions follow; and these often failing to give sufficient vent to the heated elements, the earth itself is convulsed, the ground heaves and swells like the waves of the sea, great fissures appear, and sometimes cities, villages, and burning mountains are swallowed up.(Patriarchs and Prophets, chapter 8, p. 108/9)

Today we know that volcanoes/earthquakes occur due to collision of tectonic plates and not interaction between “water and lime.”

These are evidential human shortcomings, especially common in people with such long writing careers. But in the arena of social relations – how Christians from different ethnic or racial backgrounds should interact – we would expect a post-canonical prophet to echo Jesus’ call to inclusive community. Instead, EGW’s 19th century counsel on the subject was not only wrong and reactionary, but might have contributed to prolonging segregation, certainly within the church.

Ellen White grew up in Maine and was therefore brought up in the New England Abolitionist culture. Her disdain for slavery was deep so she took every opportunity to promote black empowerment. But as the pioneering work progressed in Southern black communities, predictable personnel conflicts surfaced along racial lines and the need for an administrative model – integrate or isolate – became pressing. It was at this pivotal point that EGW gave her blessing to the policy of administrative segregation leading to Regional – euphemism for Black – Conferences. Her directives:

Much energy and ink has been poured – mostly by black leadership interests – into defending this obvious apartheid-like arrangement. Some point to her support for racial equality and justice, particularly in her younger more “militant” years, as a better gauge of her overall commitment on the race question. They see in her “separate but equal” organizational endorsement a tactical retreat of sorts, a moderating gesture dictated by the circumstance. They insist that with the passage of time the arrangement has served the equality and justice interests of black Adventism better than it would have without it.

But I think she was wrong. And her apologists miss the larger point. There is no unity in separation. We cannot preach that racial differences will be immaterial in heaven but practice segregation here on earth. Race/ethnic relations have been the central and most enduring conflict point throughout history, and those who have advocated for separation have misunderstood the Christian call to unity. Jesus said, “God so loved the world” (John 3:16), not just Israel, as his contemporaries believed. Paul echoed this with his call for a genderless nonracial Christian community.

In the United States, the 1960s was defined by the dismantling of Jim Crow. Ensuing Civil Rights legislation did not completely eradicate underlying systemic racism, so entrenched racial attitudes prevailed. The recent multiracial worldwide protests against police brutality, following the killing of George Floyd is, at some level, a knock against segregation. South African Apartheid, the most elaborate segregationist structure in history, is no more. Yet Black Conferences in the SDA Church are still untouchable sacred cows. And Black Church leaders are as determined to keep this structural relic in place as ever. But why?

The reasons go back to EGW’s involvement in creating these Conferences in the 19th century. And in any other situation, with any other person, we would acknowledge this and move on toward a principled solution to an embarrassing problem. But we have neither acknowledged nor moved on, even when the winds of change are gathering speed and bearing down on us. We are paralyzed, because we have not come to terms with the reality that her prophetic role did not confer on her or any prophet, infallibility. We have not given her the permission to be human, to err. Instead we have burdened her (or did she assume this burden?) with an inerrant prophetic mantle, which is now our Adventist albatross.