Diversity is not Inclusion 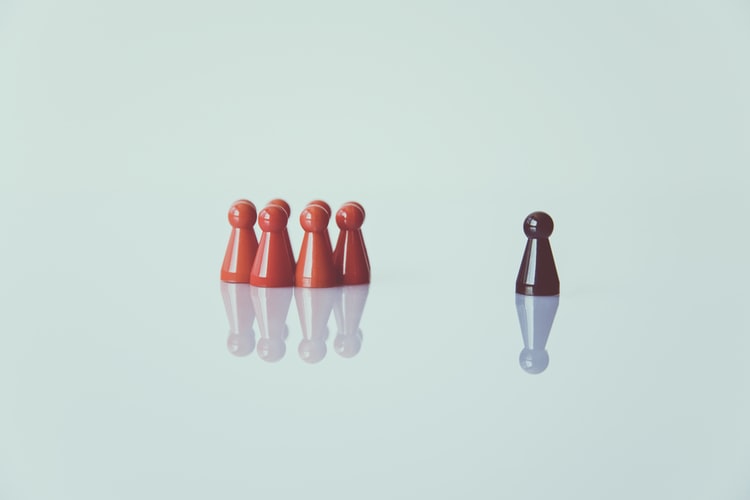 The Adventist Church prides itself on its diversity. The fact that we have an international membership that spans the globe is something we tout frequently. The satisfaction we have in knowing this is highlighted every quinquennium in the Parade of Nations (an event I’ve always wanted to participate in but have never gotten the chance – but alas). It’s a wonderful display of the multitude of places our members hail from. In recent years, diversity within organizations has often been made an explicit goal. Corporations and workplaces all champion diversity. We want people from a variety of backgrounds and demographics on our teams. And this intentionality is a noble objective. Although there are some who feel that systematic attempts at diversity are problematic, we know enough about social psychology, as well as examples throughout history, to know that despite idealistic hopes that inequality in representation will just organically sort itself out, this is also unrealistic without effort. The inherent biases of our own brains, as well as the biases baked into the mechanisms of society, are too profound to be overcome by mere chance. Actual energy must be exerted. But diversity in and of itself is not the end game.

In November 2019 it was widely publicized that the popular US-based show, America’s Got Talent, was saying goodbye to one of its judges. The variety show, which has several international counterparts around the world, is wildly popular because it showcases talents across the spectrum. It’s precisely the type of show you’d expect to naturally lend itself to being diverse in every aspect. But the diversity of on-air talent and panel of hosts was apparently superficial. The judge who was let go, Gabrielle Union, is African American. It was revealed that her departure stemmed from long-standing issues about her hair. Union, who often wore her hair in styles that displayed its natural texture, was told that her hair was “too black”.

This actually isn’t uncommon. There is a high level of stigma associated with styles that feature Black hair in its unprocessed state. There are countless stories of women and men who’ve been fired,  denied being hired or otherwise been discriminated against because of their hair (see: here,  here and here). America’s judicial system upheld the right for employers to do this . So far, only a thimbleful of states have made it illegal to discriminate against natural hair (see: here and here).  Both girls and boys have faced suspensions, sports penalties, expulsions and the inability to march in graduation because of wearing their hair the way it grows from their heads. Only recently has every branch of the US military made it allowable for black women to wear natural hairstyles (see: here and here). Many people of other races are often unaware of this fact and don’t recognize why Black people get offended when individuals of other cultures who have straight hair are often accused of insensitivity and appropriation when they deliberately try to imitate culturally significant Black hairstyles. It escapes them that those of other ethnicities are afforded the luxury of temporarily choosing to adopt the trappings of Blackness and later abandon them at will – like one would a costume. All the while they are praised for the same hairstyles Black people are penalized for. The point that Black women sometimes adopt straight styles is a false equivalence because first, many Black women have straight hair naturally and secondly, Black people are negatively impacted for not assimilating. Not just professionally and academically as in the previous examples, but also socially and emotionally by those who either speak of their hair pejoratively or fetishizingly.

Black people are often welcome in spaces with an “asterisk”. The caveats to diversity will often include discarding the unique aspects of cultural identity. Just showing up and occupying a space is allowed, but that’s where it ends. That’s what is referred to as tokenism. It’s diversity without inclusion.

I know Spectrum is an international publication. And many times people lament that race issues are a uniquely American phenomenon. But that’s untrue. I would dare say that there is no country on earth that doesn’t have influences of cultural or ethnic discrimination interwoven in its history and/or present. Speaking with people around the world, prejudice rears its head in societies on every continent. If you don’t think it’s a problem where you are, you are most likely in the majority culture or your demographic is reflected in the demographics of those with the most power and influence in your country. Invariably, the dominant culture (whether defined by numbers or socio-political influence) in a society will seek to maintain the status quo; diversification is met with resistance. It’s a threat to “the way we do things”. Reluctantly, others may be allowed in – as long as they don’t try to change anything or bring any new perspectives. This was on global display in the treatment if Meghan Markle after her marriage to Prince Harry. Discrimination is the most logical explanation for the starkly contrasted treatment of the Duchess of Sussex, as compared to her sister-in-law Kate Middleton, for doing the same things. Criticisms against her were fueled by the underlying xenophobic fears that she was trying to “change” the British Royal Family.

Christian circles are no stranger to this behavior. It can be insidious. In the name of preserving Christian morals, church leaders vehemently decry dance routines by Afro-Latinas performing at the Super Bowl, yet are strangely silent when it comes to choreography carried out by similarly attired blond-haired blue-eyed cheerleaders on any given Sunday (including that very game). Trepidation over potential deviations from traditional patterns keeps underrepresented people at arm’s length. This is why churches and schools will often see “white flight” when a critical mass of the population becomes “too brown”. Apprehension about change is what makes organizations reticent to take on more than a few people from the minority population – and only with those important asterisks. Differentiations are made between sacred and secular music and worship based on the cultural origins of the instruments used. Bar tunes from medieval Europe are acceptable melodies to transform into hymns. But sounds borrowed from African traditional roots are clearly evil. In our proclamation of what is holy we are often inadvertently reinforcing whatever has its origins in the dominant culture. The same supremacy that perpetuates the intellectual dishonesty that divorces Jerusalem from the Middle East and co-ops Christianity as a European religion also lifts Egypt out of Africa and tries to separate Black people from Black culture – in the name of “spiritual growth”. It is taught that it is a sign of godly maturity to set aside culture if it is in the name of assimilation within the predominant culture.

If we are to pat ourselves on the back for our diversity, it must be matched by a willingness to be inclusive as well. It goes beyond having a Black face in a certain space, but also being willing to listen to and embrace the unique voices and contributions that accompany the people with those faces. Inclusivity means having speakers talk about intersectionality within conversations, without claiming that it’s derailing the topic. It means ceding some room to forms of art and worship that may be different from your particular brand of normal. It means going beyond merely tolerating, but learning to appreciate the distinctiveness people bring from their backgrounds. It means being curious and taking steps to educate oneself about others’ thoughts and perspectives. It means refraining from making fun of that practice that seems “foreign” to you and resisting the urge to cast condemnation on traditions that are unlike your own. It means having the GC showcase music that is truly reflective of diverse nations instead of versions watered down to blend in with the well-worn terrain. It means having preachers address issues of race and culture on Sabbaths other than the ones in February. I hope we move beyond diversity and strive to achieve inclusion.