Destiny, Fear and Faith in the Time of Coronavirus

Destiny, Fear and Faith in the Time of Coronavirus 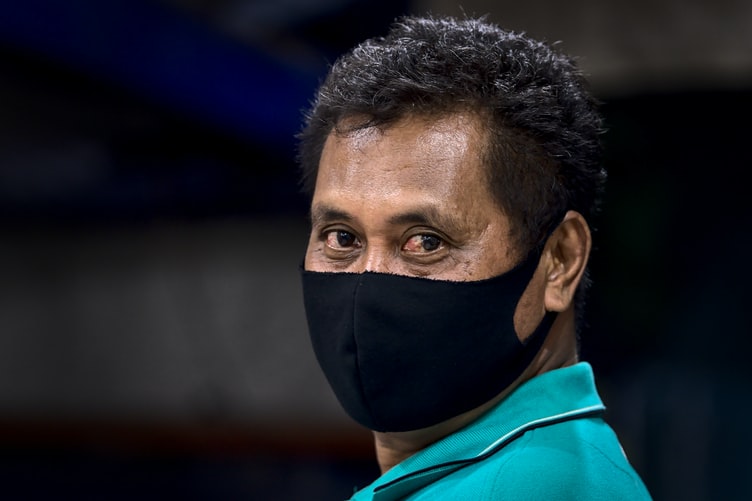 Albert Camus’ “The Plague” narrates an outbreak of bubonic plague in the French-Algerian port city of Oran, sometime in the 1940s. Dr. Bernard Rieux notices the sudden appearance of dying rats around town, and soon thousands of rats are coming out into the open to die. The public grows panicked, and the government finally arranges a daily cremation of rat bodies. Soon after the rat epidemic disappears, M. Michel, the concierge for Dr. Rieux’s office building, comes down with a strange fever and dies. More cases appear, and Dr. Rieux and his colleague Dr. Castel believe the disease is bubonic plague. They urge the government to take action, but the authorities drag their feet until the death toll rises so high that the plague is impossible to deny. Finally, they close the gates and quarantine Oran.

The townspeople react to their sudden isolation with feelings of exile and longing for absent loved ones, with each individual assuming that their suffering is unique. Father Paneloux, a Jesuit priest, delivers a sermon declaring that the plague is a divine punishment for Oran’s sins. Raymond Rambert, a foreign journalist, tries to escape Oran and rejoin his wife in Paris, but he is held up by the bureaucracy and the unreliability of the criminal underground. He is aided in his attempts by Cottard, a man who committed an unknown crime in the past and has since then lived in constant paranoia. Cottard is the only citizen to welcome the plague, as it reduces the rest of the public to his level of fear and loneliness, and he builds up a small fortune smuggling. Meanwhile Rieux struggles ceaselessly against the plague and is joined by Jean Tarrou, another visitor to Oran, and Joseph Grand, an older municipal clerk who longs for his ex-wife and struggles daily over the first sentence of a book he is trying to write.

“The Plague” is essentially a philosophical novel, meaning that it expresses a particular worldview through its plot and characterization. Camus is often considered an existentialist, but the philosophy he most identified with and developed was called Absurdism. At its most basic, this philosophy holds that the universe is absurd and meaningless – there is no God or cosmic order – and that humans are doomed to suffer and die. Because of this situation, humans have three options in life: to commit suicide, to make a “leap of faith” and choose to believe in a divine entity or order, or to accept the Absurd and create one’s own meaning in life. Camus advocated this third choice, as the first option is a kind of cowardice and the second is a psychological lie that Camus even compared to suicide.

In “The Plague”, the besieged town becomes a microcosm of the universe, and the different characters illustrate different ways humans deal with the Absurd – that is, the plague. Cottard first tries to commit suicide (because of his guilt, another kind of plague) and then works with the epidemic, profiting off of others’ suffering. Father Paneloux tries to assign order to the plague (as a punishment from God), but when he is faced with the true nature of the Absurd through watching a child die, Paneloux loses his faith and succumbs to disease himself. The protagonists of the novel, Rieux, Rambert, and Tarrou, live and struggle in the way that Camus advocates. They recognize the Absurd (the power of the plague and their own inevitable doom) but still work ceaselessly against it, finding meaning in healing others.

Despite the enormity of suffering and death in the world and the seeming omnipotence of the plague, there are instances of heroism and altruistic struggle as well. Camus immediately undercuts the “heroic” efforts of the volunteer groups by declaring that to the fight the plague is the only decent, truly human thing to do. But this is because he believes that humans are generally good. These “heroes” fit into his idea of Absurdism, as in the face of a harsh, uncaring universe, one must struggle to help others and “fight the plague,” even if defeat is inevitable. This kind of struggle in the face of certain death is a possible definition of heroism, however, so Camus is proposing a kind of heroism in everyday life – to embrace the Absurd, but at the same time to struggle hopelessly against it.

The anti-plague sanitation squad is the most concrete example of this kind of defiance, and the most sympathetic characters of the novel try hard to be “healers” rather than merely “pestilences” or “victims,” as Tarrou says. Rieux, the central protagonist, does not have a concrete philosophical or religious reason for struggling against the plague, but he knows that he must struggle, and Camus implies that this is the most important thing. Grand is the only character that Camus explicitly calls heroic. This might be because Grand is a sort of mediocre everyman, but he also joins the anti-plague effort and inspires others to defiance.

At this writing more than 12.1 million people have been infected from COVID-19 in the world, and at least 550,000 have died, according to a Johns Hopkins University report. The USA is still the epicenter with 3.1 million people infected, and 134,000 deaths. India and Russia have both sped up, reaching over 700,000 infected. In Europe the United Kingdom has become first in total deaths, by far surpassing Italy and Spain. But the epicenter is rapidly moving to Latin America, with Brazil as second worst by infections and deaths, followed by the worrying increase of cases in Peru, Chile and Mexico. And we still don’t know what will be the final social, economic and psychological effects of this pandemic.

Camus’ description of the city of Oran and the nihilistic and existential answer he indirectly proposes seem both outdated and far away from us. But actually, Camus’s description and philosophical reflection is very human and, in the nutshell, represents well what we are living today, as we face this Covid-19 epidemic. Camus used as source material the cholera epidemic that killed a large proportion of Oran's population in 1849, but situated the novel in the 1940s. But Oran and its surroundings were struck by disease several times before Camus published his novel. According to an academic study, Oran was also decimated by the bubonic plague in 1556 and 1678. In other words, Camus is trying to remind us moderns and post-moderns that we feel invulnerable because we have built up a fictitiously short time-span for telling ourselves what we are and what we do. But as soon as we enlarge this time-span, as Camus does, we immediately discover ourselves to be both vulnerable and much like those who went before us. We must stop accelerating and compacting time. By doing so we have created a fake world that deceives because it pushes us to believe we are greater and better than other people in history. We are just like others even if we feel more technological, richer and more informed. Oran’s history is ours. Oran is the city we live in, though it may be called Bergamo, New York, San Paolo, Wuhan, London, Lima or Paris. Relearning this historical solidarity will give us a better sense of what we really are, and can disclose the nobility and resilience of people we today might disdainfully call backward or primitive.

But Camus’ “The Plague” doesn’t just teach us that “historical solidarity” is necessary. It also teaches us “ideological solidarity” as well. Beyond our religious, philosophical and moral convictions, we can make a difference if we just pay attention to, and be empathic toward, people in the situation we are now living in. We may not agree on the origin of the universe, on the universality of the Sabbath or the Bible, on humans’ final destiny or even on the etiology and physiopathology of Covid-19. But such disagreements are not enough to prevent convergence toward a common feeling of disarray, and a corresponding act of human solidarity. Dr. Bernard Rieux incarnates this minimum of mental and human lucidity, independently and beyond his eventual religious and ethical convictions. His vulnerability and understandable fear makes him human, and allows him to perceive a common belonging in the face of a common risk and danger.

A noble religious and ethical attitude should be qualified, not only by the degree of conviction, but also by the degree of flexibility it creates in us. And above all by the capacity and readiness it stimulates in us to act with people we consider distant from our religious and moral worldview. Because more fundamental is that which evidences our common belonging to the same earth and the same history. This is what, in essence, Faith means. True Faith doesn’t detach us from God’s world but rather gives it us back to us. This is the profile of true religion (Isaiah 58).

And this is also what the German philosopher and Biologist Andreas Weber suggests, when he writes that we Westerns live according the pragmatic motto: “Try in every situation to avoid death and survive”, while indigenous people live after the solidaristic motto “Everything lives, for this reason try together with others to nurture life.” It’s what he calls “Indigenialität” (“indi-geniality”)

"We are all savages," says Weber, making it clear that our civilization has not only colonized the indigenous people, but also our own thinking. Wild does not mean random in the sense of Thomas Hobbes, but rather open for exchange, in a world of mutuality. If we want to make the world a life-giving place again, we should discover the indigenous within ourselves. Avant-garde thinkers in physics, biology and the humanities are just beginning to re-explore this holistic cosmos in the face of our ecological and social crises. Getting involved offers the chance to become a living part of a holistic reality and to gain a new way of dealing with it. This is what Dr. Bernard Rieux does in Camus’ book. And if his minimalist ethics, or his heterodox religiosity allows him to do this, it means that these are already in the path of life. They are alternative expressions of God the creator.