Is the Church Oppressing the Poor by Demanding a Tithe?

Is the Church Oppressing the Poor by Demanding a Tithe? 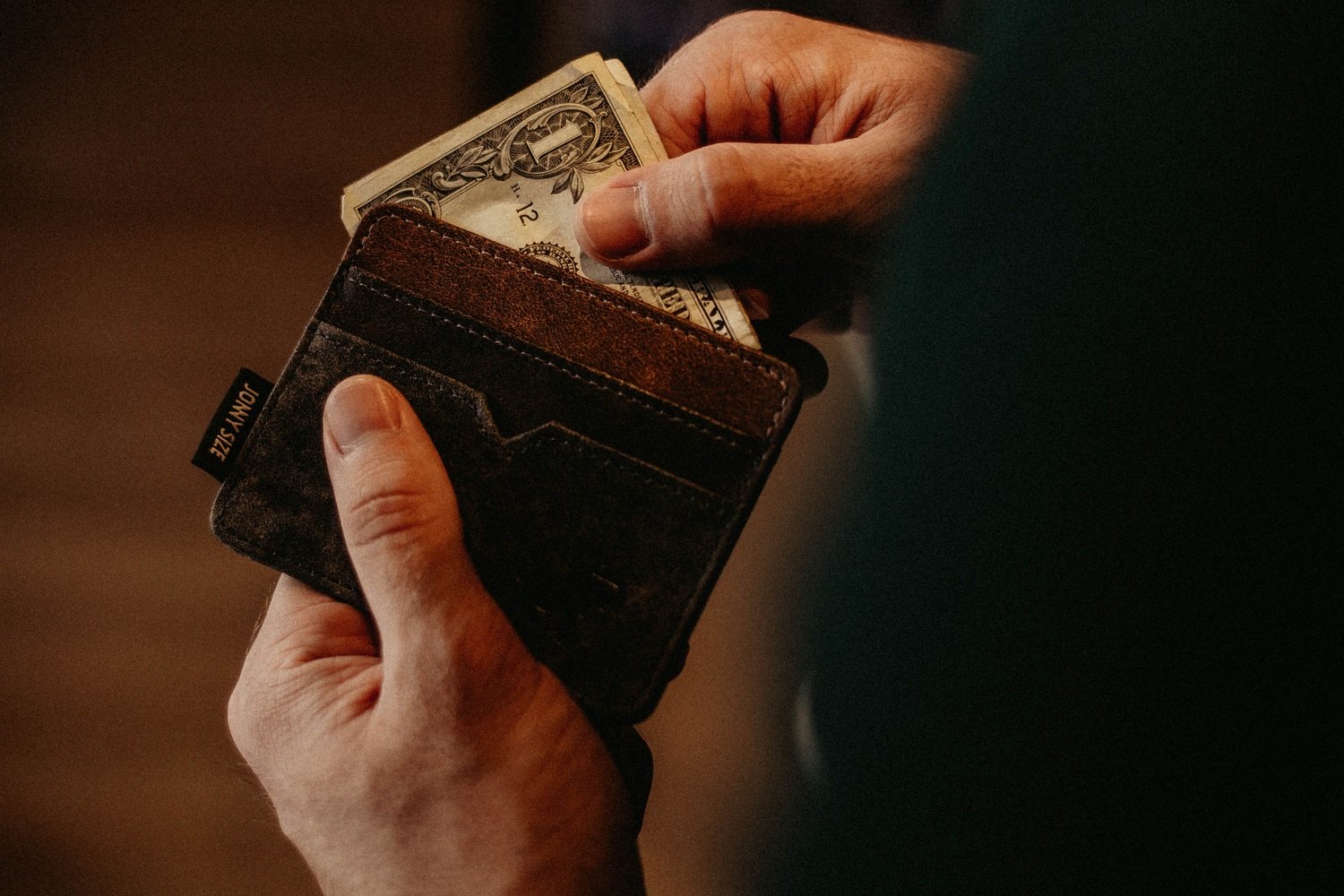 Is the church taking advantage of the poor with its teaching of the tithe? Does it not insist that 10 percent of one’s gross income belongs to God (hence the church) and that one is robbing God (and the church) if one does not “return” it to the Lord?

Notice how we present our case in the book Seventh-day Adventists Believe...A Biblical Exposition of 28 Fundamental Doctrines (page 304, as taken from a PDF file on the NAD Stewardship website):

1. Tithes. As one seventh of our time (the Sabbath) belongs to God, so does one tenth of all material things we acquire. Scripture tells us that the tithe is "holy to the Lord," symbolizing God's ownership of everything (Lev. 27:30, 32). It is to be returned to Him as His own.

The tithing system is beautiful in its simplicity. Its equity is revealed in its proportional claim on the rich and on the poor. In proportion as God has given us the use of His property, so we are to return to Him a tithe.

When God calls for the tithe (Mal. 3:10), He makes no appeal to gratitude or generosity. Although gratitude should be a part of all our expressions to God, we tithe because God has commanded it. The tithe belongs to the Lord, and He requests that we return it to Him.

God “has commanded it.” And this tithing practice is equitable and is applicable to “the rich and on the poor.” In other words, Malachi 3 and Leviticus 27 apply to all Christians today.

God's response to Israel's unfaithfulness gives a clear insight into how He regards this matter. When they used the tithes and offerings for their own benefit, He warned that it amounted to theft (Mal. 3:8) and attributed their lack of prosperity to their fiscal unfaithfulness: "You are cursed with a curse, for you have robbed Me, even this whole nation" (Mal. 3:9).

“Theft!” Who wants to be accused of stealing from God? This is serious stuff. On the Stewardship website is a reference to another paper entitled “General Conference Tithing Principles and Guidelines,” which was written in response to conscientious church members’ questions as to how to calculate their tithe in our modern day. On page 32, there is even a section entitled “Welfare, donations & grants.” Here, welfare recipients are encouraged to pay tithe “on the portion of their income over which they have discretionary control.”

Are such suggestions going a little too far? Are we in danger of devouring “widows’ houses” (Lk 20:47)? Are Malachi 3 and Leviticus 27 applicable to all Christians today? And if so, how does it apply to us?

Malachi is specifically addressed to “Israel” (1:1). The very next verse following the passage on tithes in Leviticus 27:30-33, verse 34 reads: “These are the commands the Lord gave Moses at Mount Sinai for the Israelites.” (Emphasis mine; unless otherwise indicated, all Scripture references are from the 2011 NIV.) We know from the book of Hebrews and elsewhere in the New Testament, that not everything in the Mosaic law applies to us. So, the church needs to be able to make a strong case in this regard, which in my opinion, they have not. Their position is very problematic. I will only submit two main points.

1. Tithing did not apply to everybody

God did command tithing in the Mosaic law, but not from all Israelites. Notice that in Lev. 27, the products that are liable to tithing are all connected to the land of Israel. In Lev. 27:30-33, Moses mentions grain, fruit, and animals from the herd or flock. He never mentions income earned from other enterprises, like those who worked with metal (Gen. 4:22) or those who were builders. Though Israel was primarily an agricultural society, it was not solely agricultural.

So, tithing in the Mosaic law was not based on income; it was only from crops and cattle. In the New Testament period, artisans, fishermen, and tradesmen did not pay tithes on their income, and Jews who lived outside of Israel did not pay tithes on anything. (For references, see further reading below.)

The words money (nine times) and silver (26 times) occur in the book of Genesis. Even though the minting of coins did not begin until the late seventh century BC, money was available and used in trade much before this. In fact, Leviticus itself refers to silver five times and money twice. For instance, in Lev. 25:37 money is referenced against charging interest. Hence, the Israelites used money before tithing is ever given as a command.

2. The poor did not pay tithe and were recipients of the charity tithe

In the Mosaic law, God commanded Israelite landowners and herdsmen within Israel's borders to give three tithes. The first was for the support of the Levites and Aaronic priesthood (Num. 18), the second was for national religious festivals and was eaten by all (Deut. 12:1-19 and 14:22-26), and the third was every third year for the poor which included the Levites (who were considered poor because they had no inheritance), and the foreigners (Deut. 14:28-29 and 26:12-13). No tithe was collected every seventh year because no crops were planted.

If the poor were landless and did not own ten or more animals, they were exempt from tithing, and were recipients of the charity tithe. They were also allowed to glean in other people’s fields for food.

If tithing was not a universal command, should we not make believers aware of that fact and free them from feeling guilty of robbing God, if they are unable to give a tenth?

Do we not have an obligation to admit to the people of God that our interpretations of Scripture in regards to tithing passages are problematic when it comes to corelating them to us under the new covenant? The same is true with regards to our application of 1 Cor. 9:11-14, which does not say that tithes are for gospel ministers.

Does God expect the poor to be deprived of their basic necessities? When does 1 Timothy 5:8 come into play: “Anyone who does not provide for their relatives, and especially for their own household, has denied the faith and is worse than an unbeliever.”

Isn’t that our first responsibility? How different is this from when Jesus chastised the religious leaders of his day for the “corban” practice (Mark 7:9-13):

And he continued, “You have a fine way of setting aside the commands of God in order to observe your own traditions! 10 For Moses said, ‘Honor your father and mother,’ and, ‘Anyone who curses their father or mother is to be put to death.’ 11 But you say that if anyone declares that what might have been used to help their father or mother is Corban (that is, devoted to God) — 12 then you no longer let them do anything for their father or mother. 13 Thus you nullify the word of God by your tradition that you have handed down. And you do many things like that.”

Is it right to press people to tithe when they cannot afford their basic necessities?

Furthermore, we should beware of using Malachi 3 to entice poor people to give beyond their means by promising that by so doing they will be blessed financially. They will indeed be blessed by God, but not necessarily financially, to the point of lifting them out of their poverty. Let me quote Russell Earl Kelly:

Churches showcase success stories but fail to mention the testimonies of those who have tithed for generations without escaping poverty. Today the very lowest income class pays the largest percentage to charity. Yet most remain in poverty. Meanwhile many atheists become wealthy by simply following principles of money management which also makes many tithers successful. Neither the lottery, nor the tithe is a magic get-rich-quick answer to replace education, determination and hard work. If Malachi 3:10 really worked for New Covenant Christians, millions of poor tithing Christians would have escaped poverty and would have become the wealthiest group of people in the world instead of remaining the poorest group. There is no evidence that the vast majority of poor tithe-payers are ever blessed financially merely because they tithe. — Russell Earl Kelly, PHD, “Tithing is not a Christian doctrine,” January 31, 2015, www.tithing-russkelly.com

The words of David Croteau are also appropriate:

Has anyone who faithfully tithed gone bankrupt? Absolutely! There are many news stories on the internet explaining how certain individuals have gone bankrupt while tithing… So many have had this issue of going bankrupt while tithing that the [U.S.] federal government has been wrestling with how to adjudicate this situation. President Clinton signed the Religious Liberty and Charitable Donation Protection Act in 1998 to allow those who are bankrupt to continue tithing. But a 2005 law overturned that decision: The Bankruptcy Abuse Prevention and Consumer Protection Act. The fact that the [U.S.] federal government has had to monitor this so much demonstrates that this is not a rare situation.” —David A. Croteau, Tithing After the Cross: A Refutation of the Top Arguments for Tithing and New Paradigm for Giving.

Again, is it right to press people to tithe when they cannot afford their basic necessities? Is this not abuse?

A lesson from taxing practices

In many countries, the poor are not required to pay income taxes if their income is below a certain threshold. Should the church not accord the same grace to those who live below the poverty line, and have trouble making ends meet?

For the impoverished, a tithe is unduly harsh. I believe the church needs to let poor Christians off the hook in regards to tithing, and recommend that they only be expected to give freewill offerings. Poor Christians who want to support the Gospel should only be encouraged to give as they are able:

Notice that the apostle is saying that those who have more should give more in order to make up for the inability of those who cannot afford to give as much. This principle of "equality” giving allows the poor to have some degree of self-respect in knowing that they gave all they could without depriving their families of essential food and shelter. These persons also have spiritual gifts and should be allowed to hold church offices (contra the Church Manual) according to their God-given abilities.

Paul encourages Christians to give out of love: freely, sacrificially, generously, regularly, and joyfully.

For further study on tithing and its applicability to Christians today, I especially recommend David A. Croteau’s books (I have the Kindle editions):

Tithing After the Cross: A Refutation of the Top Arguments for Tithing and New Paradigm for Giving, Areopagus Critical Christian Issues, 2013, Energion Publications, Gonzales, FL.