Chaos, Nature and God in the Time of Coronavirus 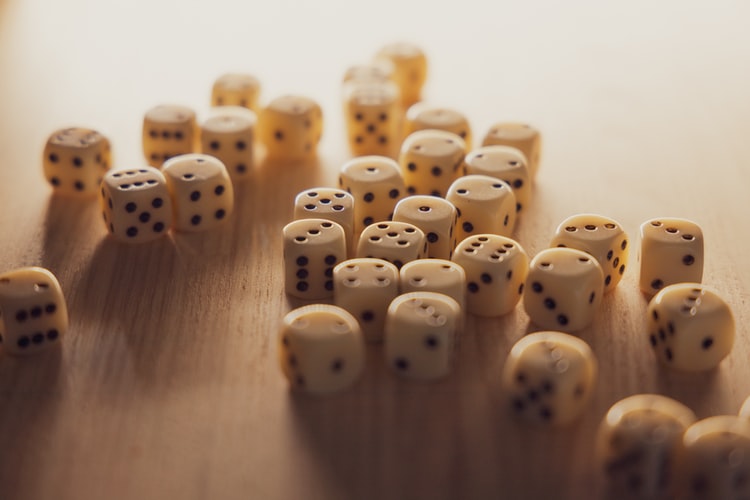 Lucretius’ notorious book “De rerum natura” (On the Nature of Things) is a philosophical poem about the tenets and philosophy of Epicureanism, written in the 1st century B.C. In it he expounds a particular understanding of the world, nature, humanity and history. Lucretius was the first writer known to introduce Roman readers to Epicurean philosophy. Epicureanism and Stoicism represented the main philosophical schools of thought in the Hellenistic period and therefore were more or less contemporaneous with the birth of Christianity. We have them quoted in the New Testament in the famous “Areopagus sermon” delivered by the apostle Paul in Athens and recounted in the book of Acts chapter 17. (Acts 17:18)

The poem is divided into six books and explores Epicurean physics through richly poetic language and metaphors. Lucretius presents the principles of atomism, the nature of the mind and soul, explanations of sensation and thought, the development and structure of the world and illustrates a variety of celestial and terrestrial phenomena. The universe described in the poem operates according to these physical principles, guided by “fortuna” (chance) and not the divine intervention of the traditional Roman deities and the religious explanations of the natural world. The Epicurean atomist doctrine is grafted onto the cultural and ethical climate of Hellenism which, after the political disappointment following the fall of Athenian democracy, subordinates all philosophical research to the need to guarantee man the tranquility of spirit. On achieving this goal Epicurus based his thinking on three main thought-provoking principles:  Atomism, Sensism and Atheism.

Atomism: For Stoicism the world is a harmonious Cosmos (in Greek the primary meaning for “Kosmos” is “Order”), a reality full of sense which is also beautiful and good. But for Epicureanism it is, in contrast, a chaotic reality with no sense, no logic and no divinities. It’s just a tissue of atoms which relate each other in a random, contingent and hazardous way.

Sensism: While for Stoicism man’s goal is to control passions by reason, practicing “ataraxia” (imperturbability and equanimity), Epicureanism defended the principle that sensation becomes the criterion of truth and the good. By also defending “ataraxia” but understanding it differently, Epicureanism argued that pleasure was the chief good in life. Hence Epicurus advocated living in such a way as to derive the greatest amount of pleasure possible during one's lifetime, yet doing so moderately in order to avoid the suffering incurred by overindulgence. Emphasis was placed on pleasures of the mind rather than the body. Unnecessary and especially artificially produced desires were to be suppressed. Since political life could generate desires that might disturb virtue and peace of mind, such as a lust for power or a desire for fame, participation in politics was discouraged.

Atheism: For Stoicism the world was full of divinities. In fact they expressed a particular kind of “rational” pantheism. Epicureanism instead defended semi-atheism in a way similar to the Enlightenment’s Deism. Epicurus believed that gods existed, but they had no part in the formation and governance of the world. It’s said that Epicurus proposed a type of philosophical “tetrapharmakos” (four-part remedy) that is a summary of his atomistic worldview:

What is good is easy to get;

What is terrible is easy to endure.

From this philosophical background Lucretius wrote his text. At that time Epicureanism deeply contrasted with the biblical worldview both religiously and culturally. For this reason Epicureanism remained, in the Middle Ages, an elitist and marginal cultural option, and Lucretius’ text just dropped off the map. It was discovered again in the Italian Renaissance and in the Enlightenment. Since then its influence has constantly been growing. Today we are all unaware heirs of its tenets. We moderns and post-moderns have become, in the essentials, like the Epicureans – atomists, materialists and secularized people. The difference between believers (even the most radical conservatives) and non-believers is just a matter of degree, not of orientation. Culturally, Epicureanism is not so distant today from religious people, as it was in the past. Western religion itself, catholic or protestant, Lutheran or Adventist, is fashioned after what Dietrich Bonhoeffer positively called “Etsi Deus non daretur” religiosity (“as if there were no God”).

Yet this historical change is not completely negative because today we have a better understanding of the value, incidence and importance of human action, particularly in public affairs. In fact, as unaware cultural Epicureans, we are all happy that public policies and strategies against the Covid-19 disaster are not led and enforced by religious leaders, Talibans, priests or pastors.

At this writing more than 24.1 million people in the world have been infected from COVID-19, and at least 850,000 have died, according to a Johns Hopkins University report. The USA alone, with its 5.7 million people infected, represents a fourth of the total world numbers. India has increased, reaching over 3.1 million infected. In Europe these last weeks there is a worrying increase in Spain, France, Germany, Greece and Croatia – countries that seemed to have the situation under control. But the more disturbing scenario comes from Latin America where the situation in Brazil, Peru, Mexico, Colombia and Chile has dramatically deteriorated, with a huge increase in deaths and contagions. And we still don’t know what the final social, economic and psychological effects on a worldwide scale will be.

This pandemic is certainly not only an epidemiological and medical emergency. It’s also an economic one. In its most recent report the World Bank announced that COVID-19 has triggered the deepest global recession in decades. The baseline forecast envisions a 5.2 percent contraction in global GDP in 2020, the deepest global recession in decades. But this pandemic can’t be reduced to its more visible and direct effects. It also has tremendous, though indirect, effects on a psychological, ecological and religious level. And religion ought to be considered with particular attention, wisdom and sobriety.

On this point, concerning religion, Lucretius’ analysis appears to be much too simplistic and unnecessarily radical. Religion in this pandemic crisis is certainly an element to be considered. It depends when, how and why. Non-dialogical, moralist, culturally unaware and overbearing religions exclude themselves from this common and necessary dialogue to generate confidence in a possible world reconstruction. But with its limits and unilateralism, Lucretius’ poem nevertheless remains helpful today because it reminds us that religions of any kind are not above critical assessment. Religions can’t introduce themselves into our political and social arena as teachers and redeemers. They certainly can be part of the solution on the condition they acknowledge themselves to also be part of the problem and become part of a larger dialogue in search of common solutions. Religions should initiate an internal reflection, to better understand theologically what is the true relation between divine action and human action, God’s will and natural order, church and society, Christian ethics and cultural ethics, and finally between believers and non-believers.

On all these topics, Lucretius’ text is tremendously helpful and insightful. In book VI of the “De rerum natura”, written around 55 B.C, Lucretius concludes his poem by describing the epidemics that struck Athens four hundred years before (the year 430 B.C.), at the beginning of the Peloponnesian War. Here are the concluding verses of his book (verses 1268-1286; 1247-1251) which push us to think and reflect, even for believers, in this context of a worldwide pandemic:

And many bodies you would notice scattered in plain view,

Limbs dangling from half-dead trunks, in square and avenue,

Caked in squalor, clothed in rags and only skin and bone,

About to perish from their body’s filthiness alone,

Already as good as buried in their putrid sores and dirt.

Then Death had filled all shrines with congregations of inert

Corpses; all the temples of the Holy Ones were weighed

Down with cadavers, places where the visitors had prayed

In pressing throngs packed in by sacristans. For at this hour

The present grief was overwhelming. No one any more

Observed the rites of burial they had observed before,

For the whole populace was thrown in disarray and cowed.

Each mourner buried his dead just as the time and means allowed.

Constructed by another their own loved-ones, and set fire

To it with wails and lamentation. And often they would shed

Much blood in the struggle rather than desert their dead.

People struggled to bury legions of their kinfolk, heaping

One funeral on another, and returned wrung-out with weeping,

Whereupon many took to bed from sheer grief. There was such

Of pestilence or death or mourning at this point.