On Being a Christian in the Revolution

On Being a Christian in the Revolution 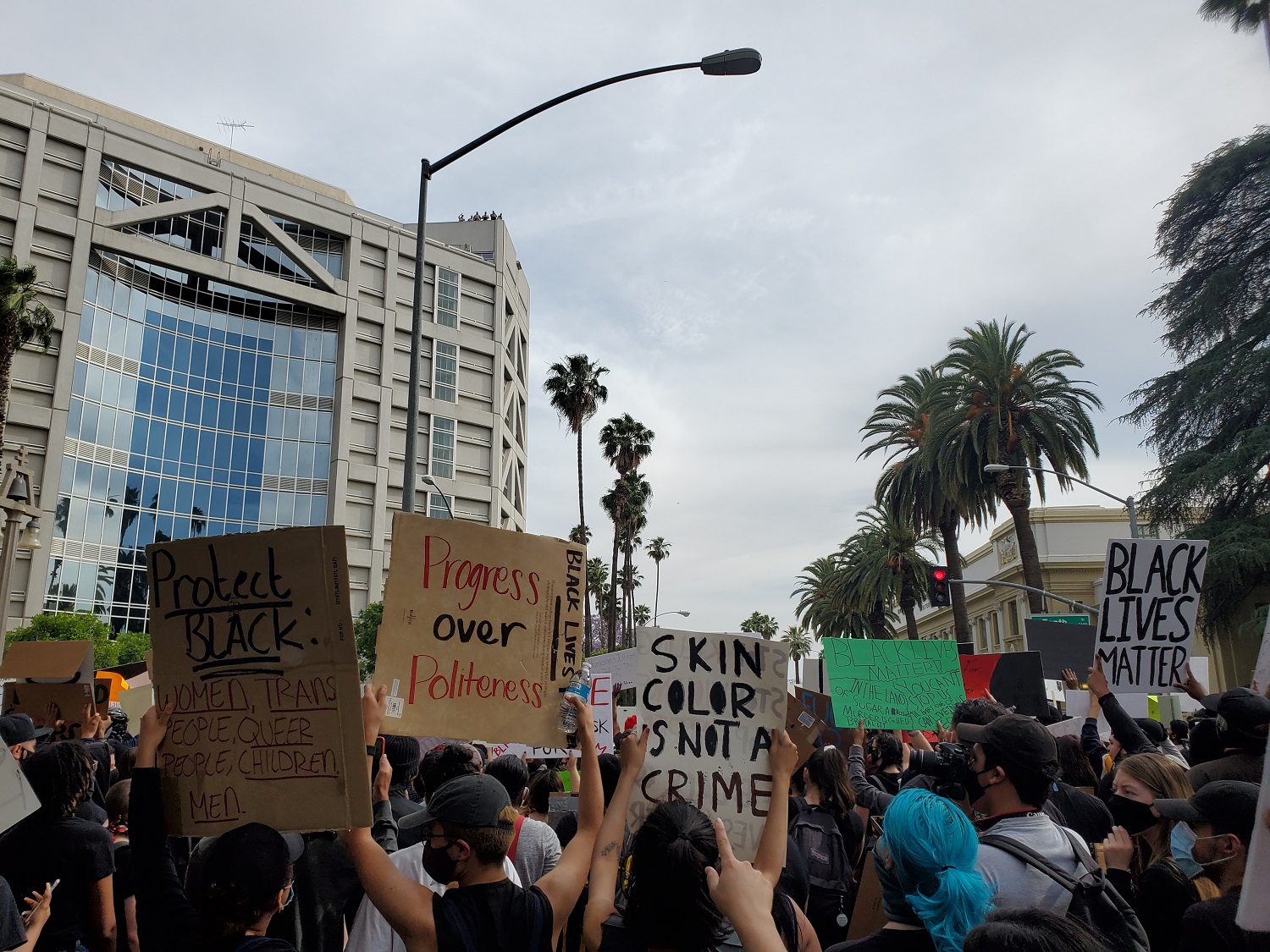 On May 25, 2020, George Floyd was wrongfully murdered by Minneapolis police officers. As a direct result of his death, protests broke out across all fifty states, and eventually the globe. While Floyd’s death was the match that lit the fire, there are countless snuffed out matches that have been piling up. As we have learned from the 2017 St. Louis protests, the 2014 Ferguson protests, the 1992 LA Riots, and countless others, these #BlackLivesMatter protests are a direct response to the untreated, unaddressed pandemic of police brutality that has gone on far too long. In the midst of a movement pressing against the systemic racism ingrained into the genetic makeup of the U.S. justice system, and systems across the world, Christians have a responsibility to find our place in this seeming revolution.

I must begin by establishing that I am not Black. I am a Mexican-Puerto Rican college student who has lived in California my entire life. When I speak, it is neither as a voice nor mouthpiece for those in the Black community. Though I am not Black, I have a responsibility not only as a human being, but also as a Seventh-day Adventist, to stand beside those in my community who are experiencing oppression in one form or another. On June 1 at 4 p.m., a protest against police brutality was held in downtown Riverside, California. I attended, alongside several of my friends and classmates. Thankfully, the protests remained peaceful before the 6 p.m. curfew, but while there, I found myself hoping there were other Christians present who had felt pulled to allyship.

As followers of Christ, our sole responsibility is to love one another as Christ loves us. This includes standing for those who are suffering, and fighting for injustices taken against those who are oppressed. It is clear that the murders of George Floyd, Breonna Taylor, Tony McDade, and countless others, named and unnamed, are wrongs that have not been set right. In this monumental moment in history, it is the duty of Christians to stand alongside the Black community, as they are the suffering, the oppressed, and the victims of wrongdoings.

I acknowledge the challenge that can accompany loving those you may find difficulty understanding, but I do not believe that responsibility was intended to hold exceptions.

In response to the #BlackLivesMatter slogan, a counter movement has been created titled #AllLivesMatter. There is no question that other minority groups have suffered alongside the Black community, especially from police brutality. There is no question that every life matters. The issue in choosing to establish a countermovement such as this, with language such as this, is that it discredits and directly opposes that which has already been established. If the response to a movement focused around injustices done against a specifically oppressed population is “what about me?” there is growth to be had that extends far beyond simply loving each other; the focus needs to be on loving oneself. If you are sure in yourself and your own intentions, then hearing another’s cries for help should not cause discomfort, or unrest. Extend beyond your own understanding, and support those who are hurting.

I would like to reiterate that I am simply an ally, with a responsibility to stand with those who face unjust treatment. Right now, that unjust treatment is being targeted toward the Black community. I know many self-identified Christians who have signed petitions, shared information, sent in donations, and taken up signs in protest against police brutality; while it is a great thing to claim your position as an ally, it is even greater to call on your church community to take up their signs, and march alongside the Black community. It is only in owning our responsibility to fight injustice, that we can begin to truly be like Jesus.

Alyssa Garcia holds a BA in English Literature from La Sierra University. She will be returning to La Sierra in the fall to pursue an MA in English, and hopes to teach upon completing her education.