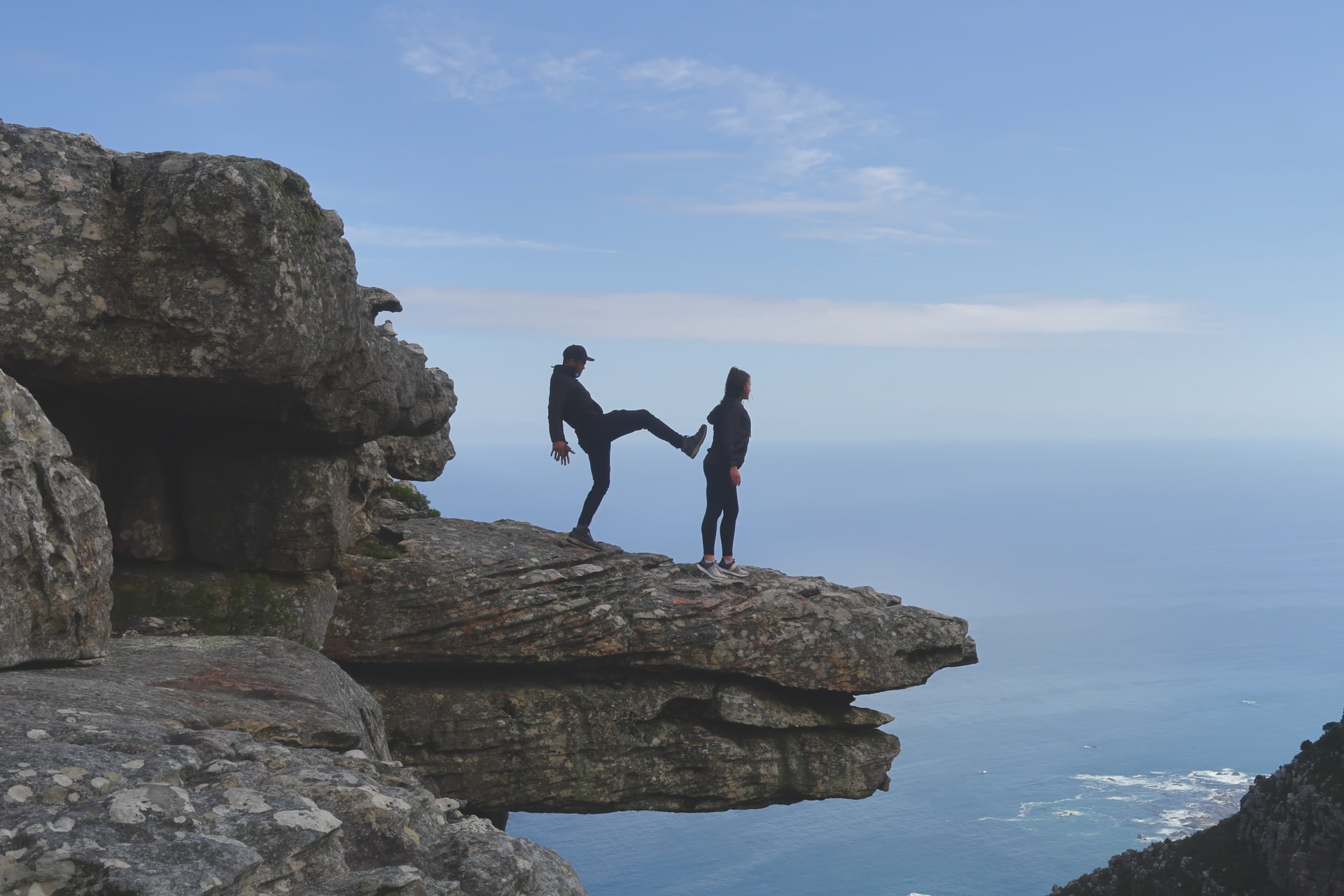 Why are there so many mean Adventists? For all that we say about Catholics being THE BEAST of Revelation, Adventists are consistently beastly toward each other. I recently changed my profile picture on Facebook to a red hat that read: “Black Lives Matter.” I’ve husbanded my political capital as a pastor and have been pretty careful about how I spent it. I had just finished a month-long sermon series on the need to resist polarization and party-politics. I have some great church members, but it didn’t take long before one of them was triggered by the hat, telling me things like: “You need counseling” and “I used to respect you.” Apparently, the crazy hours we pastors have put in during COVID to keep our churches afloat didn’t generate enough respect for this guy. Two other members, elders, wrote to me in a spirit of kind concern, saying they didn’t think I should have uploaded the picture. I am the pastor, so I need to stay neutral. I was asking for trouble. Now I love those elders, but I couldn’t help but notice that the guy with the gun got away.

The guy with the gun often gets away in Adventist churches. There was this old lady in the congregation I was baptized into. She didn’t say much. The rumor was that she had a suitcase packed, ready to run for the hills at the first sign of a Sunday law. People respected that. If it occurred to anyone to wonder how far an 85-year-old woman was expected to get with cans of Big Franks, they didn’t ask. One Sabbath, that saintly soul met my father in the parking lot after church. “You know,” she said, sizing my dad up, “If you don’t eat more salads you’re going to tax your wings and you won’t be able to meet Jesus in the air when he comes.” My dad was a big man in more than that way. He laughed it off. But that scene stuck with me. I don’t remember my first sermons. I don’t remember the Bible studies I took on the road to Adventism. I don’t remember most of the people in that church. But I remember that conversation. I remember how casually cruel she was to my dad that Sabbath; how pious that cruelty seemed. And, as is often the case in Adventist churches, the girl with the gun got away.

No doubt these saintly assassins can be found in all denominations. It’s not a uniquely Adventist problem. Then again, most other churches don’t claim to have the final gospel; they don’t claim to be the remnant church; they don’t talk so much about victory over sin and the need to represent the character of Christ in the final generation. We do. And having an assassination story is a rite of passage for every local pastor, editor, or conference leader. We expect to be attacked by our own people. George Knight’s stump speech about knowing Adventists who are meaner than the devil never failed to draw a nervous chuckle from the audience. We know and we have always known what he is talking about.

It’s easy to dismiss all of this as anecdotal or the influence of a few “bad apples,” but this spiritual terrorism has spanned generations. Judson Washburn was held up as a role model for Adventists in the 1930s for having memorized large portions of the Bible. He was a successful pastor, evangelist, and church planter who referred to his own father as “elder.” He was also a spiritual hitman whose ability to lay down a suppressing fire of vicious attacks surely mocked his claim to be a conscientious objector in matters of war. Speaking in connection to the gifted black minister, Lewis Sheafe, Washburn wrote: “The more one knows of the colored people, the less he feels to blame Southern white people.” And: “I believe he has been a traitor ever since he came to Washington.” General Conference president Arthur G. Daniells lamented to Washburn that “criticism of one another has become all but universal among Seventh Day [sic] Adventists.” Washburn responded with a campaign to get Daniells voted out of office. He didn’t stop there. After a final assault on the ailing William Warren Prescott, the seminary professors in Berrien Springs pleaded with the General Conference to remove Washburn’s ministerial credentials. As is often the case in Adventist churches, the minister with the gun got away. After all, Washburn had memorized so much of the Bible!

It’s not that Adventists approve of attacks from the likes of Washburn or Saint Salads. It’s just that their loyalty to The Truth® allows them to shoot from Adventism’s blind spot. After all, it’s not the ethics of individual Catholics that renders them beastly in the final analysis, it’s their theology. The right — or wrong — theology is an ethical value to Adventists. Washburn’s zeal for the three angels’ messages redeemed his tirades in the eyes of most Adventists, while Prescott found himself in the center of a global firestorm for doubting that the words VICARIUS FILII DEI could be found on the pope’s hat. Adventism is more important than Adventists. You can get away with a lot in Adventism if you are publicly loyal to The Truth®. You can be non-Trinitarian, believe the Earth is flat, insist that people need to keep the feast days, and tell people they are too fat to get to heaven — and remain a member in good standing.

Despite the Moaning Myrtles going on about Adventism’s past judgmentalism, Adventist churches today are ill inclined to discipline members, but especially for being piously cruel. And why would they be so inclined? It’s not like “cruelty to others” is explicitly stated among the fifteen reasons for discipline given in our Church Manual (unlike, say, buying a lottery ticket). Sticks and stones, I guess. Words can never hurt us.

Except words do hurt us more than we are willing to admit. I remember pastoring an elder who grew so disgusted with me that he made it a point to refuse to call me “pastor.” “Hello, Matthew,” he drawled with a knowing smile. I don’t enjoy confrontation and I hated waking up on the Sabbaths I had to see him. This past week, an Adventist I don’t know pounced on our livestream and let us all know COVID was a hoax and accused us of being deceived. I deleted her comment and let her know in a private message that she violated our social guidelines. She scoffed: “How much are they paying you to not preach the three angels’ messages…?” I rolled my eyes and told her “they” paid me a lot of money. She told me she was going to tell everyone about who I really am. OK, lady, here is who I really am: a human being who loves his church, its history, and its mission in the world and who is tired of the epidemic of bullies in our church. When I see that 16 million people left the Adventist Church in the last 50 years, I know it’s not because they suddenly became convicted that Sunday is the Sabbath. On some days, I want to join them. Not because I no longer believe in Adventism. I do. I’m just tired of Adventists.

Oh, I believe these things about THE BEAST at the end of time. But I’m so much more worried about the beasts we baptize. If our goal is to take a strong stand against THE BEAST in the end, shouldn’t we first be able to stand up to the beasts in our church? Who will stand up to protect the sheep from the wolves — yes, even the wolves who keep Sabbath?

Matthew J. Lucio is husband to a formidable wife, Laura, and together they parent two amazing girls: Aerith and Arwen. Matthew pastors in Peoria, Illinois, where he is director of their innovative digital church on YouTube, Peoria Adventists. Matthew also enjoys narrating Adventist history as the host of the Adventist History Podcast for the past 6 years.

Photo by Ashley Jurius on Unsplash