Almost Compassionate: A Response to the GC’s Statement 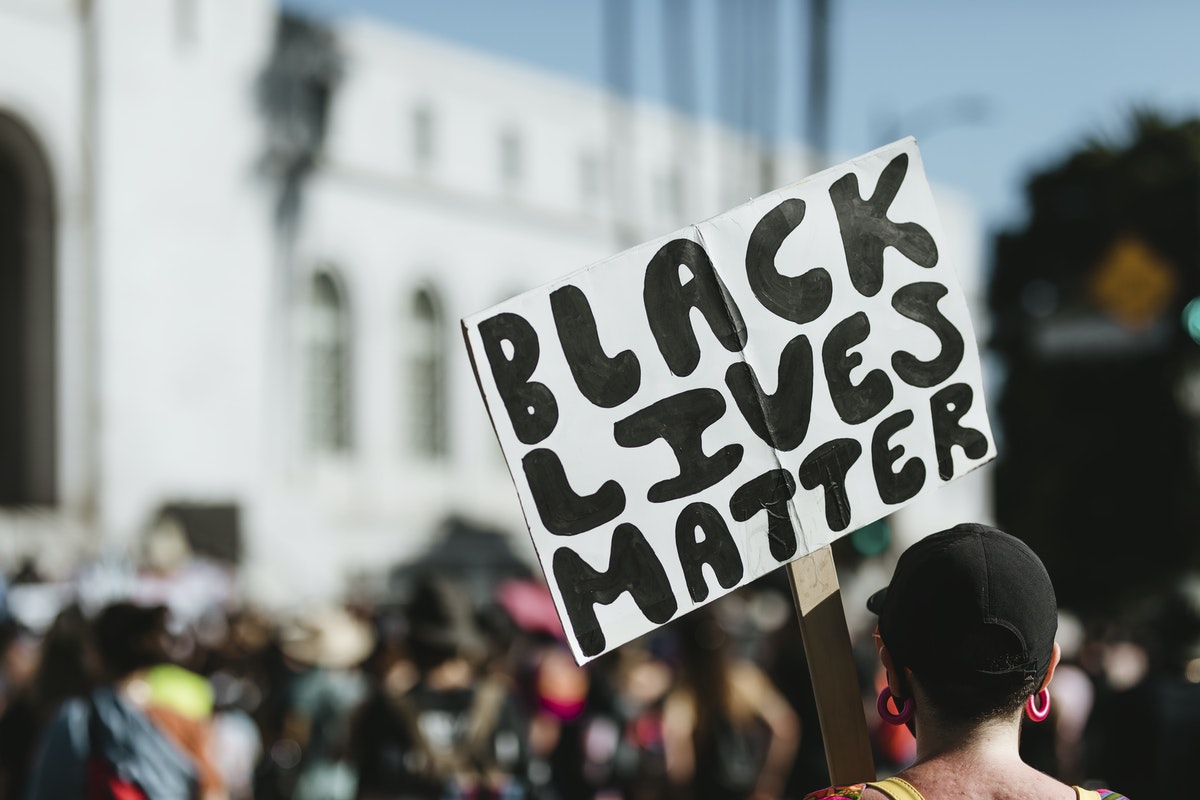 I read the long awaited statement yesterday. As a matter of fact, I read it about five times. A colleague posted it on social media, and when I saw it, I was almost excited. But then, I actually read the title and knew immediately that it’d fall short. After reading it several times to be sure I was truly seeing it for what it was, I am disappointed (but not surprised) that we are, once again, falling woefully short of speaking directly and prophetically to the heart of pressing and painful issues. We are almost compassionate. Kinda concerned, but not overtly passionate. We care about oppression, injustice, suffering and pain, but not enough to take the bull by the horns when it involves issues that are uncomfortable for the dominant group.

We Thought It Would Never Come

The first person I called on election night in 2008 was my dad. I called with a certain swagger in my voice. It was because he had recently said to me that America would “never have an African American President” in his lifetime. When he committed suicide in 2011, one thing I reflected on was that he actually did get to see a Black President before he died. I understood the stance though. He grew up on the back end of the civil rights movement, and had witnessed terrible injustices against black people. He studied history in undergrad and graduate school, and was well-acquainted with the legacy of bigotry and racism in our country.

My dad believed that America’s racist past contrasted against the contemporary parleying and promoting of this ideal of a post-racial society. Yet, while simultaneously harboring hate and resentment of Black people, was indicative of a doublemindedness that wouldn’t allow authentic, wholistic, and systemic change. This is after all (as one of my favorite artists puts it), “America the land of the free, the home of the brave, built while breaking the backbone of the slaves.” It’s always been all doubletalk.

Some years ago, a few of my colleagues and I started attempting to apply pressure to the General Conference and Ted Wilson to make a statement concerning violence against unarmed Black people; especially at the hands of law enforcement. It was primarily on social media. There was no response. Several laypeople chimed in and echoed the sentiment. As the hashtags continued to mount, we kept prodding, hoping that the corporate body of our church would respond, or at least acknowledge the collective trauma and pain that the Black community was (and still is) experiencing. No response.

I gave up. Several others gave up. Yet, we listened on several occasions as Ted Wilson gave lip service to insensitive ideas and perspectives that could be understood as bigoted, or possibly even racist. We assumed that this was the sentiment of the collective GC administration. Thus, we did not expect that such a statement would ever come. But then it finally came. Years late, and possibly because the groundswell has become too great. Yet, still, terribly lacking in several areas.

When I read the statement, I felt like its author was winking at me. Not waving, or calling out to me, but rather simply winking annoyingly. There is no way to misconstrue why such a statement is necessary. Even the United Nations has acknowledged that America has an unmistakable crisis of police violence. Why is it so difficult for the church to name those who have been brutally murdered, especially by those who vowed to serve and protect? We applaud and celebrate the leadership of the North American Division for taking the lead in this regard. Yet, as the UN Human Rights Council has demonstrated, this is not just a local issue. These matters have global impact and universal implications. Yet, the General Conference statement fails to speak to the matter directly.

I wish the authors had mentioned the names of the victims that were killed in senseless acts of violence. The lives of George Floyd, Breonna Taylor, Ahmaud Arbery and all the rest matter. There needs to be a specific, direct, and open acknowledgment of the wrong. When we say Black lives matter, we align ourselves with the specific crisis at hand. This helps us to identify the particular ailment and place of pain, so that we can move toward healing. Our statement hints at it. Not much more. Also, our statement hints at systemic racism and injustice, but doesn’t identify how it affects us (more-less how it’s manifested in the Adventist community) specifically.

The statement leans in to terms like equality, diversity, peace, and reconciliation without acknowledging the barriers and obstacles that even the church has constructed to make such ideals so elusive. Frankly, it reads as if they are actually promoting assimilation, homogeneity, and more sickening melting pot frameworks that help thwart authentic cultural expressions and true diversity.

Finally, there’s the apology. Have you ever had somebody tell you, “Sorry for any hurt that I may have caused”? Here is the GC version of that pitiful half-admission. “We apologize where in the past we may not have spoken or acted boldly enough on these matters.” Correction: You did not speak or act at all. And in your silence, you demonstrated your complicity, and embarrassed those of us who have family members, friends, coworkers, and neighbors who took note of the collective silence and inaction. It spoke volumes that we’re just not “with it.” The statement sounds almost compassionate, but ultimately hollow. Generic, nebulous statements don’t actually speak to anyone.

Speaking to Everybody and Nobody Simultaneously

The GC often seems to try to hide behind its responsibility to be inclusive in its response to suffering. There is always suffering all over the world, and our efforts to combat such suffering must be equitable. This begs a separate conversation, and there is some validity to the concept. However, there is a failure to speak to anyone when we consistently attempt to speak to everyone. We dilute the significance of the harm and trauma when we say that there are problems and suffering everywhere. It suggests that the harm is not fully recognized. There is no way to effectively capture all the injustices of the world in one statement, nor do we have to. Yet, by speaking to any one crisis specifically, we demonstrate our commitment to peace and justice globally.

There were multiple mentions of the first angel of Revelation 14. The text is often used to point to the globalization of proclamation, and with it, the equality of mankind. Yet, I believe that the methodology of the first angel is largely misunderstood. The angel is not simply blanketing the globe with the gospel message. In actuality, the angel translates and transposes the message to ensure everyone can hear and understand clearly.

Look closely at how the work is accomplished. The angel strategically narrows the message of the gospel on several levels, from nation, to kindred, to tongue, and then, to the people. There is a more focused effort with each level that is mentioned. It goes to “every nation” and thus, to the masses. Yet, its impact is felt locally as it reaches every “people.” Notice though that it says that the angel goes to “every” single nation, suggesting that the angel understands that it wouldn’t be possible for everyone to receive the message all at once and in the same way. The nation (demos) is an inclusive term. It speaks to a large and expansive body. The “laos” is exclusive in that it is small and local.

The angel narrows its focus from the nation to kindred (race or clan), to tongue (language group), to people (tribe or village). Again, the “laos” is a small group unlike the “demos.” If I wanted to give it a more loose and colloquial translation, I’d say that it’s like saying that the angel goes to every continent, country, state, county, city, and neighborhood. The issues and customs that will present opportunities and obstacles for receiving the gospel must be carefully considered in every context. Otherwise, what we end up with is muddled, muffled, and nebulous “statements” that really don’t say anything deeply meaningful to anybody.

I sat in on a virtual conference last night, wherein multiple presenters advocated for relevant, strategic, socially conscious ministry that is responsive to the issues that our people are facing on the front line. The presenters challenged the viewers to work tirelessly to address the pain and suffering of the people with compassionate, gospel-centered ministry. Just before that, I listened as a colleague preached about fervent prayer for change. I suppose in a lot of ways, I am a prisoner of hope. I am confident that there is no problem that God cannot empower us to solve. I am hopeful that we are committed to the task. Yet, I am also convinced that if it cannot be confessed, then it will never be corrected. Here’s to hoping for a proper confession.

Christopher C. Thompson, D.Min., has authored and co-authored six books. He currently serves as Communication and Marketing Director for the Breath of Life Television Ministry and Adjunct Professor at Oakwood University.