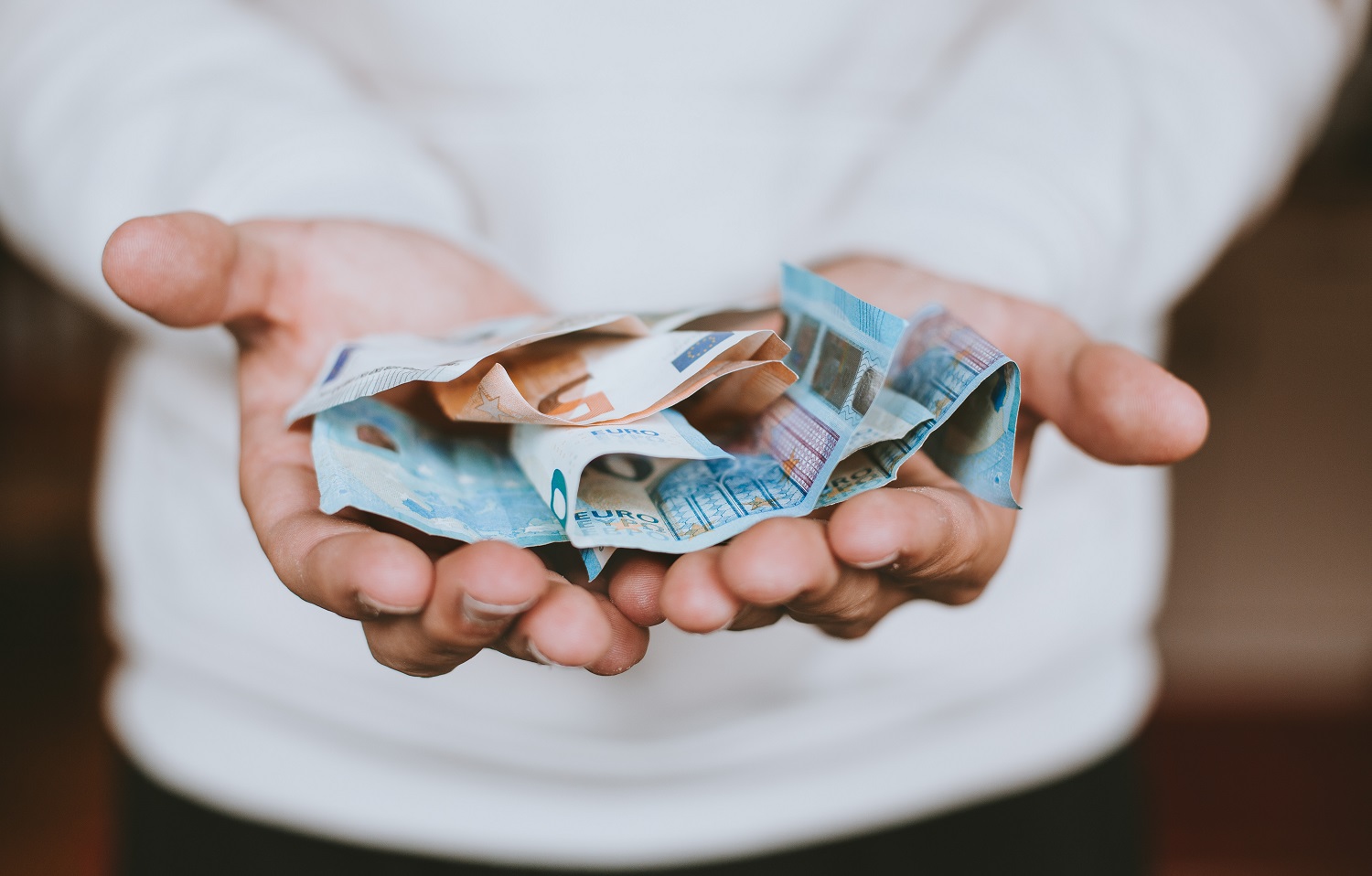 (Part of a sporadic series that takes another look at aspects of Adventism.)

Tithe is purely an Old Testament concept. It is not a Christian obligation.

“And those descendants of Levi who receive the priestly office have a commandment in the law to take tithes from the people, that is, from their brothers… Now if perfection had been obtainable through the Levitical priesthood (for under it the people received the law), what further need would there have been for another priest to arise… For when there is a change in the priesthood, there is necessarily a change in the law as well” (Hebrews 7:5-11, emphasis added).

Tithe is described in this New Testament passage as a “legal” aspect of the Levitical priesthood of the ancient Jews. But the text also says that the law, from which tithe was derived, had to change as well.

Tithe was an integral part of a unique social and religious order in ancient Israel. Then an entirely new order emerged. And the financial system of tithe did not carry into Christianity.

As a general rule, virtually nothing Jewish carried forward into Christianity.

“But some believers who belonged to the party of the Pharisees rose up and said, ‘It is necessary to circumcise them and to order them to keep the law of Moses.’ The apostles and the elders were gathered together to consider this matter” (Acts 15:5, 6, emphasis added).

And after they deliberated, they said:

The “Jerusalem Council” decision refuted the demands that deluged new Christians to keep the law of Moses. The disciples and apostles did not acquiesce to the demand of “the party of the Pharisees.” So, everything else? Gone.

I have a hard time imagining that the fledgling church would have extracted tithe out of the law of Moses as something to be continued. The New Testament is replete with tales of extensive conflicts with Jewish factions who insisted the law of Moses had to be kept by Christians. But the Jerusalem Council rebutted that demand and, further, did not include tithe in the things they did hold onto.

But instead of a new priesthood to be supported by tithe, Peter writes that “you yourselves are…to be a holy priesthood, to offer spiritual sacrifices acceptable to God through Jesus Christ” (1 Peter 2:5). There was no longer a priesthood to support!

Seven references in the New Testament refer to tithe. Four are in the Hebrews passage excerpted above. The other three are in conversations between Jesus and Jews that focused on the Jew’s hypocritical scrupulosity about works. And after Jesus? There is no other mention of tithe except in the opening text in Hebrews cited above.

And yet, and yet… How many preachers, evangelists, church administrators, and teachers have told you that tithe is a divine mandate? How many have you heard quote Malachi 3:10 in order to place you under obligation? How many have told you that if you don’t pay tithe you are robbing God? Further, how many have implied that paying tithe is kind of like a prosperity gospel, citing the other half of Malachi 3:10 which promises bounty and protection in return for tithe? Are these people “the party of the Pharisees” mentioned in Acts 15, working to convince you to keep the law of Moses?

There’s more. How many times has someone told you that the “storehouse” mentioned in Malachi 3:10 is the Seventh-day Adventist Church structure, you know, conferences, unions, divisions, and General Conference?

All these things you’ve been told are made up, whole cloth. There is no scriptural basis for these assertions in the Christian Era.

What we can find from scriptural writings in Christian times is pretty simple.

“So I thought it necessary to urge the brothers to go on ahead to you and arrange in advance for the gift you have promised, so that it may be ready as a willing gift, not as an exaction. The point is this: whoever sows sparingly will also reap sparingly, and whoever sows bountifully will also reap bountifully. Each one must give as he has decided in his heart, not reluctantly or under compulsion, for God loves a cheerful giver” (2 Corinthians 9:5-7, emphasis added).

These two texts indicate that giving in the early churches was not a matter of obligation. There was not a mandate or law. Giving was a matter of the heart and a desire to give. This motivation is in keeping with the law of Jesus: love God and love man.

The aura that surrounds tithe in our fellowship carries the sense of obligation with accompanying implications of moral and/or legal failure if tithe is not paid. If someone tells you that you must pay tithe in order to avoid robbing God, they are also telling you that tithe is an obligation, a debt, and that failure to pay tithe is a legal and moral failing. This is wrong.

But… Wait! Let’s look at that again!

Every organization, institution, business, or home has a financial model. It has ways of generating income so that it can operate the enterprise and keep the doors open.

A church is no different. It needs a financial model. It happens that in the Seventh-day Adventist Church, the financial model turned out primarily to be a tithe model.

Paying a tithe on income is not a bad thing unless it becomes obligatory. It is merely a conscious decision to participate in a particular financial model that keeps the engine running. It is a method of systematic giving. And systematic giving was the grail which early Adventists sought.

An article containing an excellent history of giving in Adventism was published by Spectrum in February 2018. It was written by Brian Strayer, Professor Emeritus of History at Andrews University, and is titled “The Untold Tale of The Tenth: A Brief History of Adventist Benevolence in Historical Context.” I recommend reading it by clicking on the title.

In short, Strayer writes that after trying other financial models, only to have them fail in times of financial crises in the United States, the church gave tithe a try. They liked it because it generated a more reliable income stream and so they kept it.

The interesting thing is it was D. M. Canright who posited that Malachi 3 applied to Christians like it did to the ancient Jews.

“In a series of articles in the Review in the spring of 1876, Dudley M. Canright now called Malachi 3:8-11 ‘The Bible Plan of supporting the Ministry… God requires that a tithe, or one-tenth, of all the income of his people shall be given to support his servants in their labors,’ he wrote. ‘Notice,’ he added, ‘the Lord does not say you should give me a tenth, but he says one-tenth is the Lord’s.’ Therefore, since the tithe already belonged to God, believers merely returned it to Him.

“With the stroke of his pen, Canright thus reversed all previous Adventist thinking on tithing. Believers do not pay the tithe as a “church tax,” but return it to God as His own. Furthermore, they should not give one-tenth of their increase from one year to the next, but one-tenth of their total annual income… But Ellen White repeatedly stated in her Testimonies that by whatever name it was called, “Systematic Benevolence [or Tithing] should not be made systematic compulsion” (Brian Strayer, Spectrum, February 2018, emphasis added.)

Isn’t it interesting that a person who abandoned Adventism and became one of its severest critics nearly single-handedly created instant theology by bringing forward one part of Mosaic Law? He simply asserted something and people bought it. And he lit a spark that created a sense of obligation to pay tithe.

Perhaps Canright’s key phrase is “God requires…” This statement set a tone within Adventism. But isn’t it also interesting that Ellen White kept saying this financial system should not be “systematic compulsion?”

According to Strayer, the theological noose kept tightening around the financial model of tithe.

1935: Pastors to be fired for not paying tithe

1985: GC publishes extensive guidance on limitations of Use of Tithe.

Could we say that within today’s Adventism the theology of tithe has officially become something akin to systematic compulsion?

I have three issues with our financial system of tithe.

First, I do not believe that tithe is clothed with a mantle of divine requirement. I don’t have a problem with tithing as a financial model, but I find the use of language implying obligation and compulsion to be either misguided or disingenuous.

Deep in our hearts, the collective church must know that the theological underpinning of the tithe obligation is shaky since paying tithe is not a “test of fellowship.” Further, if not paying tithe was truly theft of God’s assets, wouldn’t that qualify as the worst kind of stealing? Wouldn’t we disfellowship people who persisted in being thieves, especially thieves of God’s assets?

Second, our method of allocating tithe is upside down. Distant people in distant buildings meet and decide how to divvy up the tithe.

One of the most important functions of any organization is to decide how to use its scarce financial resources. There are always more demands for money than there is money. The question then arises, who will decide on priorities?

In our fellowship, these financial allocation decisions are made far, far away from we members in the pews. We, the ones who actually provide the money, are apparently just supposed to pay up and then forget about it and trust that the best thing is happening. Well, fewer and fewer of us are willing to do that. Our financial allocation decision process is upside down. These decisions should be made closer to the source of the money. But that is a subject for another day.

Third, I don’t think we ought to consider a tithe dollar any more sacred than any other donated dollar. The alleged sanctity of tithe flows naturally from the idea that we are under divine obligation to pay tithe. But money is money is money. It is fungible. The gyrations we go through to transmogrify tithe by laundering it is ridiculous.

So, participation in the financial model of tithe is a personal decision whether to voluntarily support a particular method of financing church operations. It says something about your desire to support the mission of the church in a certain way. But it is not a divine requirement. You may have a preferred alternative way to support the gospel. Fine. Just do it.

Of course, the person who wishes to contribute to the gospel in non-tithe ways is faced with a dilemma. Tithe is the source of pastor compensation in our financial model. So you, like me, may want to support our pastors while, at the same time, you do not want to support the Church bureaucracy. You may feel that the bureaucracy is bloated and that the only way to hack away at it is to starve it financially. These opposing imperatives make it tough. But that also is a subject for another day.

Also in the series:

Edward Reifsnyder is a healthcare consultant. He and his wife, Janelle, live in Fort Collins, Colorado.

Photo by Christian Dubovan on Unsplash