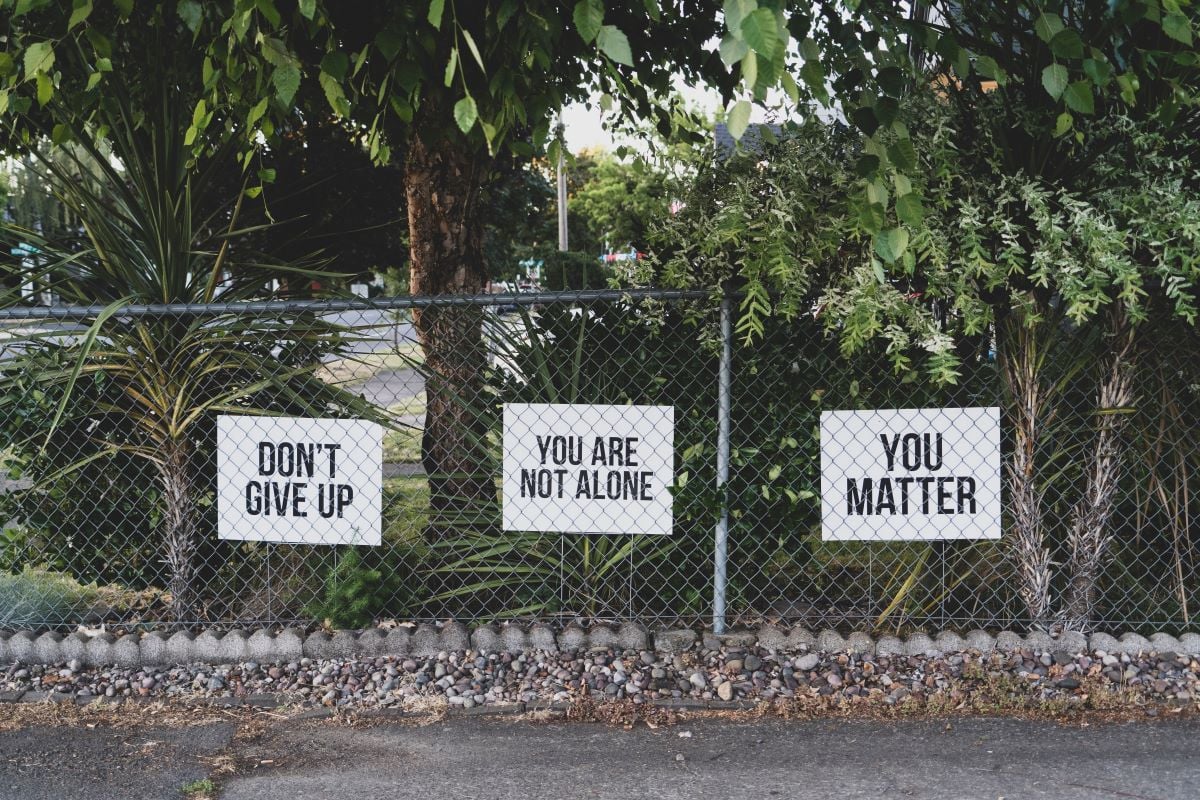 For the past decade, the suicide rate among teens has been increasing. Among teen boys, suicide completion has increased 33 percent over the last 10 years, according to research published in the Journal of the American Medical Association.[1]

Fifty percent of suicide risk is genetic, meaning suicide risk is inheritable and does run in families. This does not mean that a person is predestined to die by suicide if they have family members who have died by suicide, but they do have an increased risk for it. This risk can be mitigated by awareness and purposeful interventions to prevent or treat the other factors that increase risk, thereby reducing suicide risk even in those who have genetic vulnerability. There isn’t a specific gene that increases the risk; instead, it’s the interaction of hundreds if not thousands of genes. Thus, even though the genetic risk is well documented, a specific genetic test is not available.

While we cannot point to a specific gene, it is known that the brain’s serotonin system is involved. Postmortem studies reveal that people at high risk of suicide have fewer serotonin transporters in their brains when compared to people who died in accidents. And brain changes in serotonin receptors predict suicidality and also the lethality of the attempt.

When people are depressed, they are more likely to:

• socially isolate, be unavailable, be easily overwhelmed, and thereby experience relationship problems and breakups
• call in sick to work, have impaired job performance, and thereby lose their job or,
• fail to pay bills either because of lost work and can’t afford to, or lost attention to life’s responsibilities, and thereby lose their car or home or have creditors calling.

So, the life stressors people attribute as the cause of suicide may, in reality, be due to underlying depression that is not being treated. Then when these additional life problems hit persons already suffering from depression, they are overwhelmed and pursue suicide as a means to escape their mental and emotional pain. In fact, the data shows that people without depression who face similar life stressors have significantly reduced risk of suicide when compared to someone with depression facing the stressor.

Further, studies show that not all people with depression experience suicidal thoughts, but those who have a pessimistic mindset in addition to being depressed are the ones at increased risk. Even when the depression is treated and remits, those at higher risk for suicide continue to manifest a pessimistic outlook on life compared to depressed people who are not suicidal.

The point here is that hope and hopefulness in the face of depression and real-life stressors reduces suicide risk, whereas pessimism increases the risk.

Four Risk Factors to Look For

Brain studies reveal that when given standard tests that require them to determine emotional states by looking at faces, those at high risk for suicide misread the faces in ways that incite fear, hurt, rejection—which is a dysfunction of dorsolateral prefrontal cortex, the part of the brain where we reason, think, and problem solve.

Further, those at increased risk demonstrate impaired response inhibition—the ability to pause, think, and make a wise choice. When given a choice of receiving $50 immediately or $300 in 30 minutes, those at risk for suicide take the $50 right away, whereas those at low risk for suicide wait the 30 minutes. This is impairment in response inhibition, the ability to stop an impulse and wait for a better opportunity.

People at high risk also demonstrate impaired learning from previous events. We have all experienced situations in which something stressful has occurred, inciting anxiety, fear, and worry—but eventually, the problem passed. People at low risk for suicide are able to learn from such events so that when new stressors occur, they are able to remember that things will get better, the stressor will resolve, and life will improve. But people at high risk fail to learn this, and each new stressor is experienced with overwhelming fear and often hopelessness.

It should be noted that all of the above risk factors are worsened by alcohol and drug abuse. Such substances increase mood disorders, damage thinking and learning circuits, increase impulsivity, and often contribute to increased life stress (financial, relational, and legal problems).

Understanding all of these risk factors has led to effective interventions that reduce suicide risk and rates. What are the factors with proven efficacy in reducing suicide?

• Removing the means—removing guns and lethal pills from home
• Treating depression with psychotherapies and medications; both reduce suicide
• In-school education about risks and warning signs and ways to get help
• Limiting media reporting and coverage of suicides
• Alcohol- and substance-use treatment

Another factor at play in suicide risk includes loss of meaning, value, and purpose. Neuroscience demonstrates that when the brain’s love circuits activate, they calm the fear/stress circuits. Activities and experiences that increase love, altruism, other-centered connection, and meaning will decrease suicide risk, whereas actions that isolate and increase fear will increase suicide risk.

With this in mind, let’s examine societal trends and infer some potential changes that may be increasing risk. Historically, American values were built on three overriding elements: God, Family, Country. When these elements are valued and esteemed, they create an other-centered worldview—we live to glorify God, to bless and protect our families, and to help our country. As John F. Kennedy said more than 50 years ago, “Ask not what your country can do for you; ask what you can do for your country.”

But today’s generation is taught that there is no God, many families are fractured, and the country is abusive, can’t be trusted, and is supposed to give to “me.” This change in values and mindset means that there is nothing more important than the self, which results in increased fear, which in turn neurobiologically drives increasing depression, hopelessness, and suicide.

How can we reduce suicide risk? By being aware, by removing means from those at risk, by treating mental illness (depression), getting into substance treatment—but also by increasing love, purpose, and meaning. We need to teach young people that they are valued, they are loved, they are precious, and they have purpose, but also that life is not all about them; we teach them that their true joy, happiness, and health will be realized only when they come into harmony with how God built reality to operate. And God built reality to operate upon other-centered love.

Young people must see in their families, churches, schools, and community how genuine compassion, grace, mercy, and altruism functions. They must see love in action, love manifested toward them and those they care about. They must see the God of love, choose to surrender self, and live lives in harmony with God’s design—lives of altruism, compassion, and service—seeking to give, to bless others, rather than seeking to get. When this occurs, the fear circuits of the brain calm and the risk for suicide decreases.

For more read my blog Suicide and the Myth of Lost Salvation.

Dr. Tim Jennings is an international speaker and author of Could It Be This Simple?, The God-Shaped Brain, The God-Shaped Heart, and The Aging Brain. A board-certified, practicing psychiatrist, Dr. Jennings has brought his timely message of God’s healing and remedy to tens of thousands around the world. Learn more about his profound, life-changing message of God’s love at comeandreason.com, where this article first appeared (it is reprinted here with permission). He is also a featured speaker at the American Association of Christian Counselors.