Shall We Slumber through a Hermeneutics Problem?

Shall We Slumber through a Hermeneutics Problem? 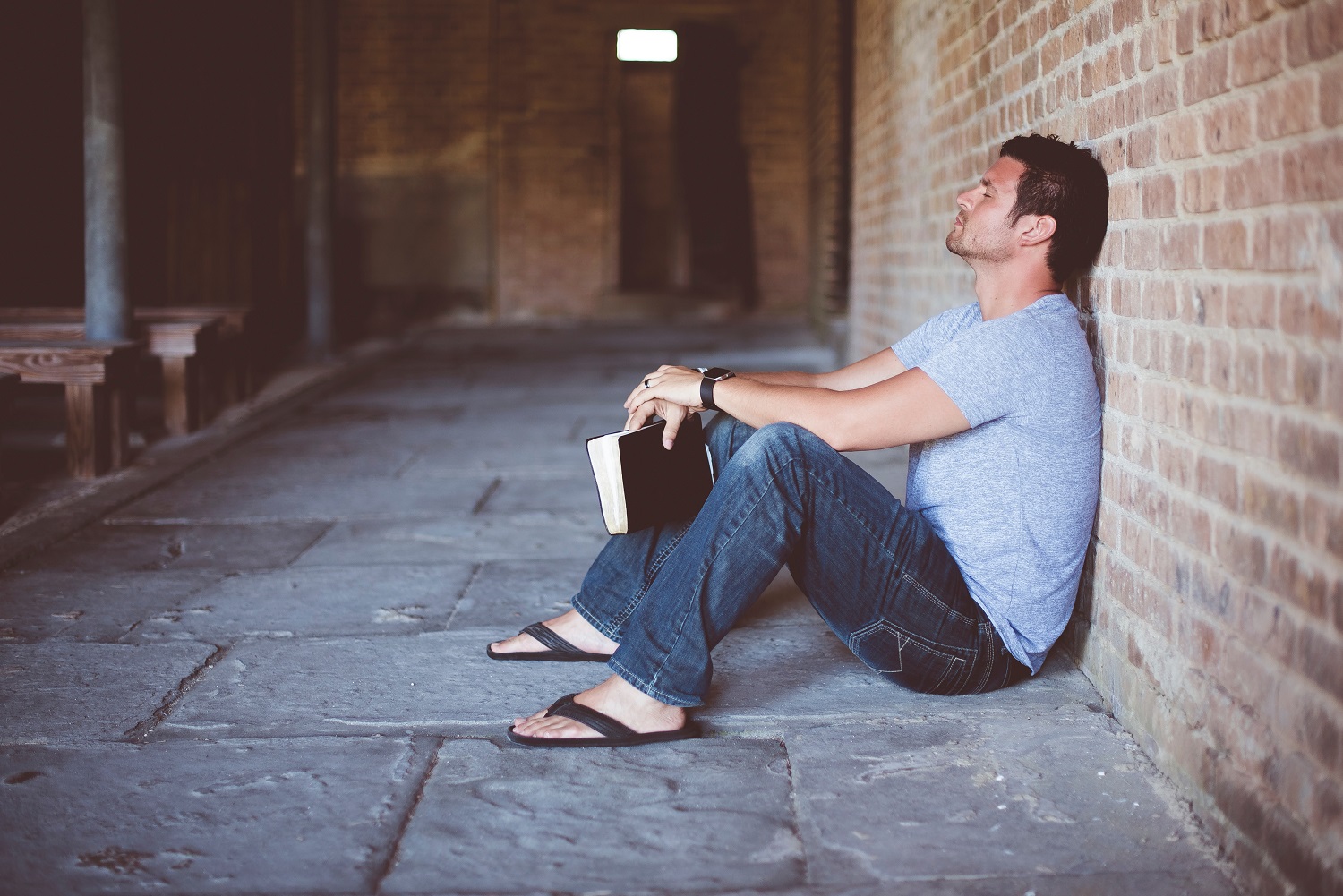 Adventism has a hermeneutics problem, and key players don’t want to talk about it. Not in public, anyway; not where differences are out in the open and debate genuinely forthright. Officials at the 2015 General Conference Session in San Antonio promised that the General Conference Biblical Research Institute (BRI) would give official attention to hermeneutics over the next quinquennium, so conversational reluctance seems, especially now, inappropriate, or even ominous.

I asserted all this in a July 17 article on this website, citing two instances of refusal to embrace public conversation about the best strategy for making sense of what the Bible teaches. One instance had to do with Jiří Moskala, the dean of the Seminary at Andrews; the other with the Biblical Research Institute, or what Ekkehardt Mueller, one of the Associate Directors, reported to me about it.

You can read my article for more detail. No one from the Biblical Research Institute responded to the July 17 post, either on the website or in personal communication with me. But the Seminary dean offered an encouraging public reply, and he has since expressed to me his hope that the two of us might talk about these matters later in the fall.

My own naivete constantly annoys and astounds me. Still, I am more hopeful than I was that truly open public discussion may ensue. Wider Adventist involvement, lay as well as professional, in hermeneutical conversation is surely necessary. We cannot expect greater consensus on the meaning of Adventism unless we find common ground, or at least more common ground, on how to read and apply the Bible. As I argued earlier, one place to find such common ground is the Bible’s own testimony to the ultimate authority of Jesus Christ for Christian life and teaching. It is just this ultimate authority, however, that official doctrine concerning Scripture (Belief #1 of the church’s 28 Fundamental Beliefs) fails to credit or acknowledge.

Even among Adventist theologians, a doctrine of Scripture centered on Christ is apparently controversial. Knowing that the Biblical Research Institute would soon be weighing in on the issue, the officers of the Adventist Society for Religious Studies (I was not an officer) came to the organization’s annual meeting in November of 2015 with a proposal. Should the membership now endorse an explicitly Christological revision of Belief #1? The officers said Yes, and their proposal involved a written statement, or recommendation. Members declined, however, to endorse it, instead asking an ad hoc committee to return with something different.

But what strategy could be better for getting at the Bible’s meaning than one focused on Jesus Christ? A website commenter, responding to Dean Moskala’s article, wondered if the problem might lie with details in the officers’ proposal. A mistake there might explain a negative reaction to an otherwise attractive statement. The commenter asked to see “the specific proposal.”

I knew the gist of the proposal when I wrote my post in July, but did not think I had the entire document, and could not scare it up from anyone else. Afterwards, while I wasn’t looking, the document turned up among the downloads on my computer. When I now sought confirmation for what I had found, an ASRS officer was finally able to find and send a copy of his own. So for the record, here is the statement ASRS officers presented in 2015:

Statement on the Centrality of Christ for the Interpretation of Scripture

Unfriendly critics of religion also engage in “selective” reading of sacred texts. They focus on passages that make religious faith seem silly or morally offensive—or even conducive to violence—and overlook or minimize passages that count against the case they want to make.

From our standpoint as Adventist scholars, we firmly believe that “selective” reading of sacred texts produces arbitrary, and even dangerous, results. Although Scripture is the authoritative word of God, our own reading of it involves unavoidable bias. However, internal evidence from the Bible itself points to a reading strategy that helps overcome interpretive danger and simultaneously assures a more responsible interpretive outcome. Here are some key elements of that internal evidence:

• The Bible has a narrative quality: it is the story of a people listening to, and learning from, God’s words and actions in history that climax in the ministry, death and resurrection of Jesus.

• As part of this ongoing narrative, the characters and authors of scripture offer distinctive perspectives from their experience with God. Micah sees the day when all nations beat “their swords into plowshares, and their spears into pruning hooks” (Micah 4:3; cf. Isaiah 2:4); while Joel, on the other hand, envisions Israel coming out ahead in future violence, with the nations beating their “plowshares being beaten [sic] into swords” and their “pruning hooks into spears”; Joel 3:9-12). And when John describes Jesus’ final supper with the disciples, the foot washing stands out; in other New Testaments accounts, the sharing of bread and wine stands out (John 13:1-18; 1 Corinthians 11:23-26 and Mark 14:22-25).

• The New Testament asserts that God has inspired all of scripture, and that all of it is “useful for…training in righteousness,” to the end that “everyone who belongs to God may be…equipped for every good work” (2 Timothy 3:16). At the same time, the New Testament attributes special authority to Christ. “‘All authority in heaven and on earth has been given to’” the risen Jesus; if God has “spoken in many and various ways by the prophets,” then God’s own son, Jesus Christ, is “the exact imprint of God’s very being…” (Matthew 28: 18; Hebrews 1:1, 3; our italics).

It follows that the reading strategy best suited to the internal evidence of the Bible is one that makes the risen Christ the ultimate criterion for interpretation. Most importantly, this strategy provides leverage against “selective” readings that conform more to the biases of the interpreter than to the actual substance of the whole story the Bible tells. For the Seventh-day Adventist Christian, the proper response to divine grace is to honor and fear God the almighty in Christ the eternal logos. This maxim is absolutely crucial for any faithful theory concerning the interpretation of the Bible.

But as I said, the ASRS membership declined to endorse this statement. When the ad hoc committee came back with a different one, the membership was still unsatisfied, and took no action. Here is the second statement:

Statement on the Interpretation of Scripture

As our church community gives renewed study to how Scripture is read and interpreted in the church, the members of the Adventist Society for Religious Studies believe that it is important to participate in this process.  ASRS affirms that an adequate hermeneutic asserts the full authority of Scripture in its plain and intended meaning. The “plain reading” of Scripture, however, is not to be confused with a selective or superficial reading of the text.

An adequate hermeneutic facilitates the sharing of the wonders of Scripture so God’s Word can live anew in our worship, ministry and mission. It affirms the unity of Scripture even as it acknowledges the diversity within it. It affirms the full authority of Scripture as the inspired word of God, even as we admit that we always read the Bible as broken people who need the Spirit of God and each other’s correction in order to read well.

The hermeneutic needed suggests that a true plain reading of Scripture is not a superficial reading.  As scholars, we long to assist our church as it seeks to be ever more faithful to the Word.

Most readers will agree, I expect, that the second statement has no apparent theme or purpose, unless it be groveling before the (unnamed) constituency that, in obeisance to a “plain reading” theory of Scripture, would have to affirm death for persistently “stubborn and rebellious” sons and interpret Psalm 137:9 as veritable present truth. (Look it up!)

As to the first statement, the one ASRS also refused to endorse, I hereby defy anyone to identify in it a single error of fact or logic. Perhaps I should say “major error,” as I do not assume perfection for any human document.

Nor do I assume, by the way, that it’s easy to arouse Adventists (except for a few of the retired) from their theological slumbers. But we’re talking Scripture here, and conversation about that still seems, despite my aforementioned naivete, worth trying for.