Running from the Pastor

Running from the Pastor 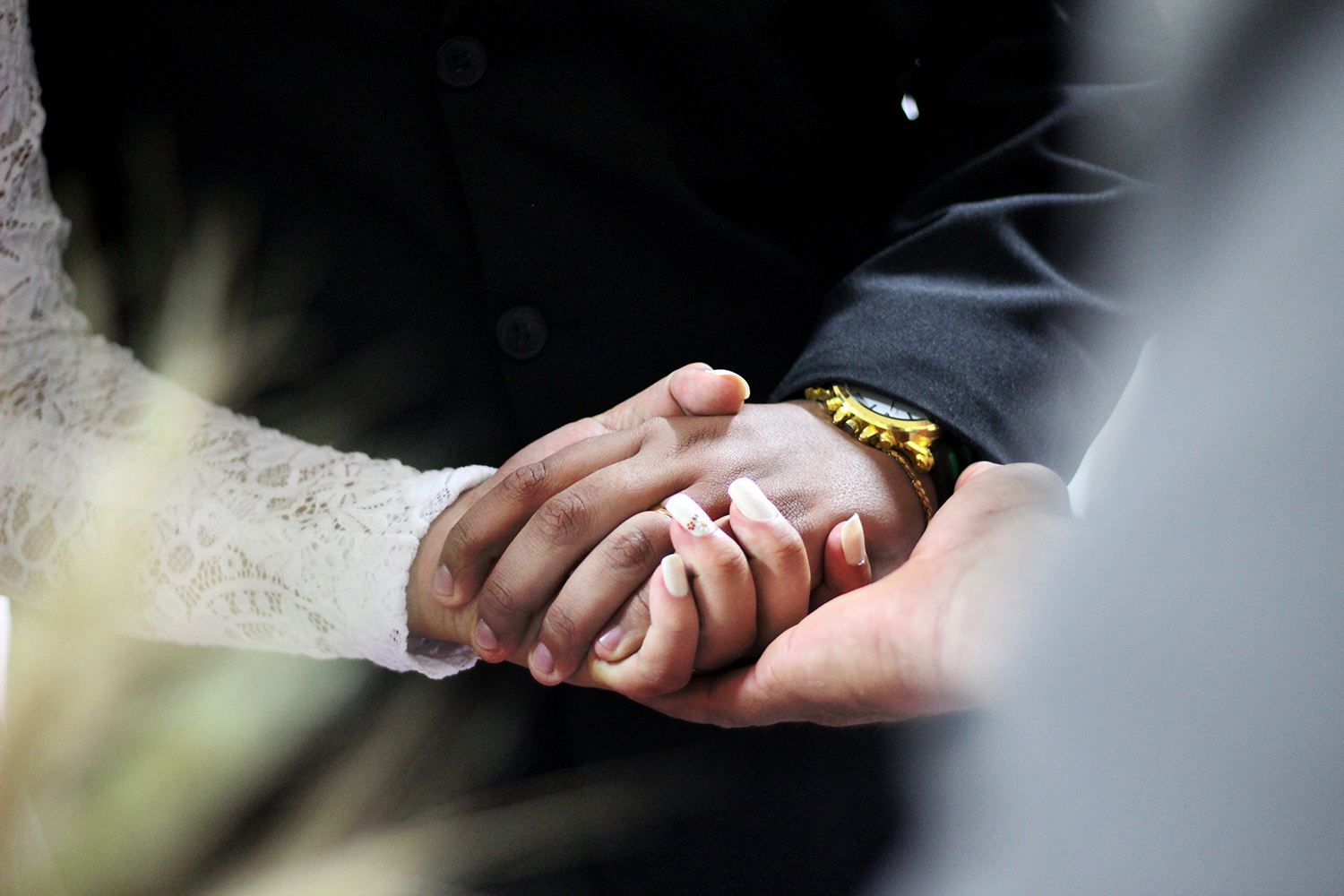 Like every university around the world, my current school is not immune to a bit of higher education folklore. Ours comes in the form of a tiny, but very conspicuous cross in the middle of a circular pathway. Legend has it that those who walk through the cross will receive the (ahem) gift of becoming a “Siema” — a pastor’s wife. Yours truly wants no part of such a fate, and since the day I heard of it, I have meticulously avoided the cross by walking all the way around it, or avoiding it altogether, even if I am in a terrible rush. I can personally identify with the long-existing pandemic that has left quite a few pastor’s daughters actively trying to avoid by any means necessary any young man who seeks to proclaim the Three Angels’ Message as a Pastor, or is already doing so. In simple terms — are you a pastor or pastoral aspirant? Well then, sir, please get to stepping.

Let me say that I was not always one to turn away “God’s servants.” As a younger girl, I wanted to get married to a pastor. Excluding some of my late teen years, I’ve always loved Adventist ministry — why wouldn’t I want to get married to someone for whom the church was his very bread and butter? Why? College happened, an Adventist one at that, and the nos to the men of the cloth officially began. I had many theology majors (as they were called) as friends, but the moment I began to realize they wanted more than a mere friendship, I usually made it clear that that was a line I was not about to cross. At that time, I was a 16-year-old with dreams of grandeur. I knew I was going to graduate from college at a fairly young age, and if I said yes at that time, then I had roughly T-minus four years to get married — something that was not listed on my five-year vision board. I wanted to go to medical school, work, and enjoy life, something that just wouldn’t happen if I decided to go with someone for whom settling down right away is almost part of the pre-requisites of the job. I got my wish. I am currently in medical school, I’ve been part of the workforce, I’ve become used to myself as an adult, and there are still no wedding bells in sight. So why then am I still so opposed to the idea? Beyond having my dreams at the forefront of my mind, as I matured, I began to see how I probably wasn’t cut out for the “Shepherdess” life. Getting married to a pastor means that you share your husband with the entire congregation (or congregations, depending on which zone of the world you reside in), it means being left mostly defenseless when your family becomes dart practice for the church community, and as an aspiring mom, I want to give my children stability, something that is very hard to have in a pastoral family.

Now, don’t get me wrong, every person married to someone with a demanding job will tell you that when you say yes to that person, you say yes to the hospital, the boardroom, and the courtroom. As a medical student already feeling the effects that my career will have, and is already having, on my romantic life or lack thereof (as a matter of fact, it is now that we 20-something PK girls would probably, maybe, possibly entertain the wooings of the “Levites” just to abate the constant prayers of our parents for sons-in-laws…but I digress), I completely understand that the call to ministry is not just a calling, but a career, even. After all, salvation is a 24/7 job. I know this all too well. My dad and I are extremely close, but in my opinion, I shared him more than I thought was necessary. In fact, at my high school graduation, my dad showed up halfway through the consecration service because his congregation needed him. Was I upset? No, I understood that his hands were tied. My mother, however, was not pleased. She had more right to be angry than I did. No matter what he does and no matter how many things I’ve had to wait on him for or I have had to do without him, he’ll always be my number one guy. I’m a daddy’s girl, after all. She, however, has had to deal with more late nights, more worrying, more disappointment, and more feeling like entity number two than I have. Seeing that, would I be as smart as I’d like to think I am in choosing this life as my forever option?

Getting married to a pastor also means putting yourself in a direct line of fire. And I’m not talking about the “fiery darts of the wicked” here. Working in the secular world involves navigating our way through the different personality types and behaviors that come with being “in the world, but not of it,” and even though I know that people are people in the world and the church, all sinners in need of grace, I would find it really hard to smile through the constant darts at my pastor husband from some church folks — scheming, conniving, hypocritical, and overly negative, expressed both to my face and behind my back. Take it from someone who knows. Wounds from the people of God hurt the worst. As a Pastor’s child coming from a West Indian worldview, I had to try to deal with it, and as a well-behaved child I was not to comment or even let it be known I took offense to comments said or attitudes given. As an adult, I've found that to be increasingly hard, impossible even, and I’d hate to not have the power to do what any family member should be able to do when a loved one is going through professional struggles — defend and protect — just because a Pastor’s wife is expected to suffer and smile for the convenience of badly behaved congregants. I truly believe that is not my lot in life. As a regular church member, I can rebuke in love without the “validity” of my Christianity or ministry being called into question, but in the glasshouse of pastoral life, that’s a street that can lead anywhere from dissent from the church board to administrative sanctioning.

Finally, I have seen where many pastors’ children grow to have one of two responses to church and things of God. Utter disregard or nonchalance. From the age of about 13 to 18 I fell into category two. I was not compelled to be involved in anything related to church. When we were going to church, I dreaded it, and when we were at church I wanted to go home. I didn’t want to belong. You may be thinking that this is a rite of passage for every young person in the Adventist church, not just something that belongs to PKs. Maybe you’re right, but for me and many other pastor’s kids I know, this indifference was a result of constantly having to shift my social circle. Thankfully, I didn’t have to move around as much as some of my friends did, but as a teenager, making friends is not as simple as who you played tag with last Saturday night as you waited for your parents to be ready to leave. As one gets older, friendships are based on connection and a sense of belonging, and it is this sense of community that makes one want to be involved with and stay in church. Having to constantly move from church to church took away the friendship from my church experience, and thus I just wasn’t interested anymore. It took a personal spiritual revival for me to shake that kind of feeling, but unfortunately, many PKs never recover. This is not something I want to happen to my children. I want them to grow up in one place, having the same church friends, savoring godly friendships and relationships, and enjoying being part of active ministry. Not just standing up when the pastoral family is being introduced at installation services or before sermons. I want to give them stability, something really hard to hold on to in a ministerial family.

These are just a few of the many reasons pastors’ daughters run from clergy like the plague. Or could it be that we are just afraid? Afraid of what people will think of us because we have long wanted to shake the whole image of being “too holy,” and getting married to a pastor will have us forever trapped in the mold we wanted to leave? Who knows? For every pastor’s daughter who says no to a theology major, there’s another one that says yes, because she realizes he’s a regular guy like the engineer, the teacher, or the doctor. Maybe the right pastor hasn’t come along yet to change our minds. Until then, this girl is pretty sure about what she wants right now and she knows God knows what she wants, too. I’ll tell you if I change my mind. After all, a wise man (or woman) changes his (or her) mind sometimes.

Sharina York is a student at a Central American Adventist Medical school and has aspirations of serving others through medical missions. She enjoys socializing, listening to good music, lively debates, and making her parents proud.

Photo by Caroline Veronez on Unsplash