Revise the Bible? Sacrilege! Or is It? 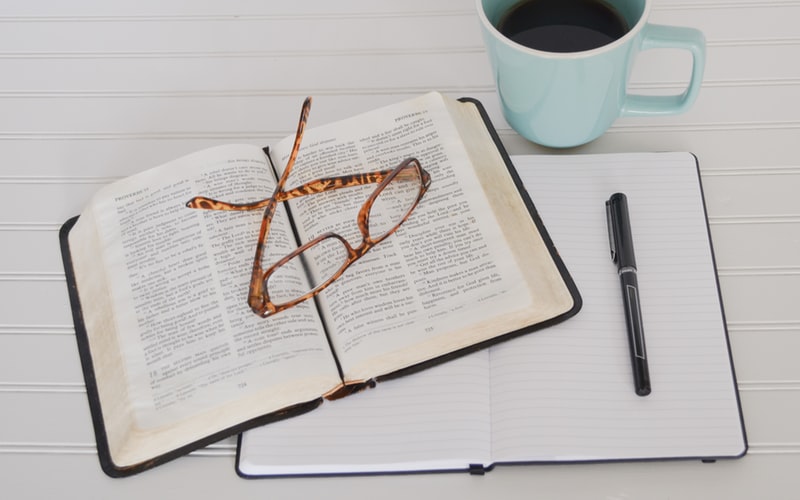 Virtually every modern nation is governed by a constitution, or some fundamental principles that establishes precedence and guides governance. Sometimes a constitution is unwritten (uncodified) as practiced in the United Kingdom, Canada or Saudi Arabia. Or it could be written, the common method in a majority of countries. Whether all rulers abide by their constitutions is a separate matter. A commonality in all constitutions is an established mechanism to ensure that the documents are ever responsive to the changing needs of their constituents. In this way, a constitution serves as a bridge between the past, present and future self-identity of a community. This function is preserved through amendments to previous rules or precedence, or by enactment of new laws. In the United States it took constitutional amendments to end slavery (#13) and give women the right to vote (#19).

Government constitutions are like scriptural religions in that scriptures contain rules and principles to guide members’ behavior. Let’s keep this apparent similarity between secular and religious “rule books” in mind as we probe the reluctance of post-canonical religions to amend the biblical “constitution”. In practical terms, constitutions are human attempts to deal with and manage change.

Consider how Old Testament (OT) Israelis dealt with change. Biblical Israelites were never fully comfortable with their beliefs. They questioned the premises on which their identity was built, despite a seemingly unshakable self-understanding that they were “God’s chosen people”. Because what they believed about themselves was always in flux, they let their lived experiences correct, or at the very least moderate, their belief excesses. They did this by interpreting and reinterpreting their experiences, in the process retelling their stories in multiple ways. Then they preserved them, often side by side, apparently unconcerned that the particulars did not always match.

These reassessments resulted in repetitions of their most important oracles.  The reiterations manifest as double accounts of the same events and stories, found throughout Genesis, but occasionally also noted in other books. For example, the rape story in Judges 19 tracks a parallel account in Genesis 19. Most adherents of all three Abrahamic scriptural religions embody this phenomenon and generally live with these different versions by ignoring those that do not serve their interpretive interests. But when pressed they attempt to fuse the accounts together into awkward unities. Perhaps a better and more honest approach to these double narratives is to recognize them for what they are: different versions of original accounts, transmitted by different traditions, left intact by redactors who valued the nuances in the individual accounts and preserved them for posterity.

Though the two Creation accounts of Genesis 1-2 are the most celebrated double stories, there are others, and they raise their own intriguing questions. Genesis 10 and 11 are two versions of the earliest recorded migration stories in the OT. A little further on, in chapters 15 and 17, we find two different accounts of God’s covenant with Abram/Abraham. One of the clearest confirmations that some biblical stories have gone through revisions is the two Decalogues found in Exodus 20 and Deuteronomy 5. To insist that these two versions of the 10 Commandments are independent one has to imagine that God gave two different collections to Moses on two separate occasions during their desert sojourns – a position unsupported by the OT. But for my purposes here, I will concentrate on two subtle differences in the fourth and tenth commandments, as recorded in the two books, to illustrate my argument that OT writings, often in significant but sometimes in minor ways, were subject to editorial revisions.

Compared to Exodus 20, we Adventists treat Deuteronomy 5 like a drunken uncle we’d rather lockup in the basement away from prying eyes. Except in this case the drunken uncle is also the identical twin of the family favorite. The problem is that the uncles’ mannerisms are so similar it’s often difficult to tell them apart. Perhaps we accord Exodus 20 privileged status because it predates Deuteronomy 5, but more likely because it affirms the interconnectedness of two of our most important doctrines – Creation and the Sabbath.

In Exodus, the Sabbath commandment begins with Remember. The operative word in Deuteronomy is Keep. The difference is significant because remembering and keeping connote different expectations. It is interesting though that Exodus required the newly emancipated slaves, who had no proper understanding or established history of Sabbath observance, to remember, while Deuteronomy asked another generation to keep it.

Below, laid side by side for assessable comparison, are the two versions of the fourth commandment, and the starkly different reasons offered for its institutions:

Exodus: For [in] six days the Lord made the heaven and the earth, the sea and all that is in them, and He rested on the seventh day.

Deuteronomy: And you shall remember that you were a slave in the land of Egypt, and that the Lord your God took you out from there with a strong hand and with an outstretched arm; therefore, the Lord, your God, commanded you to keep the Sabbath day

There is little doubt that the Deuteronomy version is an intentional revision of Exodus. What is not so clear, but could be inferred, is their reasons for the change of rationale. Why did the redactor(s) select slavery as justification for Sabbath observance? And what does this process tell us about the development of the biblical text?

If the rationale change, from Creation to Slavery, has connections to the exiles, then the reference to slavery makes sense on several levels. First, because of their recent exilic experience, the revisionist(s) identified with their ancestors who were themselves once slaves in Egypt and were liberated by God and given the Sabbath law in the desert. For the exile community, their status as former “slaves” became a badge of honor, an experience etched in their communal memories because it helped them to value and not take freedom for granted.

But a better lesson, gleaned from their slavery background, was the awareness that slaves neither owned their time nor space. The master, at his whim, could and often did intervene in how the slave used either. Therefore, they surmised, it is only in the context of freedom that Sabbath rest is assured, and only then is reflective contemplation of the divine and his Creation possible or meaningful. The redactor(s) critiqued Exodus for co-mingling the Sabbath and Creation on practicality grounds. One can’t properly worship God in chains. Therefore, now that we’re free, the exilic/post-exilic revisionist(s) seems to argue, we should never forget that we were once slaves who could not spend time with our God where we wanted to be.

This bold redaction teaches then that the OT text was not treated or approached as a closed document. It was amendable to revisions that reflected contemporary, lived experiences and understandings. When the Israelites found a better reason for an old practice, they incorporated it into their belief-sets and deprecated what no longer seemed as germane. Usually this was done to clarify their teachings, but sometimes old positions were repudiated outright. For example, it was long assumed, within the Israeli community that, though the Lord was slow to anger, he would not hesitate to punish innocent children for their parents’ sins, even “to the third and fourth generation”. (Numbers 14:18) But when the citizenry rose up one day in protest of the inherent unfairness of this concept, a new ethic emerged: “The one who sins is the one who will die. The child will not share the guilt of the parent, nor will the parent share the guilt of the child. The righteousness of the righteous will be credited to them, and the wickedness of the wicked will be charged against them.” (Ezekiel 18:12) So through the mechanism of redaction their religious experience was ever current and responsive to changing circumstances.

The reader almost has to deliberately read the two versions side by side to catch it. In Exodus the prohibition against covetousness is the neighbor’s house – a neighbor is a stand-in for a man, of course – meaning his possessions. The things that constitute possessions are then listed: wife, manservant, maidservant, ox, donkey, etc. The original law obviously considered women as men’s property and men treated them as such for a very long time.

That is, until a different generation, likely during or after the Babylonian captivity and exile, came along that saw things differently. Whether this generation was influenced by a progressive attitude of their captors towards women is only conjecture, but they felt strongly enough about the negative conception of women inherent in the prevailing law that they did something ingenious about it. They transposed two words – house and wife – in the existing law to make their point. So in the new revised version, the law bars coveting his neighbor’s wife. A wife is a person. A stand-alone person. Unowned. Unpossessed. Separated from the man’s household possessions.

Again, as with the fourth commandment, the redactor(s) who made this course correction thousands of years ago did so on the basis of their experiences. They had mothers, wives, sisters, daughters. They lived with and among them. As they related to women in their different capacities, they saw nothing that merited their classification with oxen and donkeys. That’s why they changed the law. It is only as we lengthen our proximity to our mothers, wives, sisters, daughters, that we see them as “other” to be reclassified the Exodus way – with beasts of burden.

So what do true revisions entail? The willingness, even freedom, to acknowledge without obfuscation or doublespeak that there are some wrongs, obvious wrongs – genocide, women as war booty, slavery – which need not be defended. These are wrongs because they are unacceptable, regardless of whether men or their gods promoted them in the past. Small beginnings that could restore our children’s faith in a God worthy of worship.

As the foregoing examples demonstrate, scripture is not hostile to revision. Some of the most important OT writings have gone through revisions, often to align with evolving sensibilities or heightened moral awareness. That post-canonical scriptural adherents no longer subject our sacred text to this important exercise is a sad self-imposition that serves no theological need, only self-glorifying self-importance. What we lose by this unnecessary restraint is an inability to credibly adjust to changing new moralities. In the process we’ve become spectators, while our youth, out of exasperation, slowly but steadily consign our hallowed texts to the heap of irrelevance because they cannot relate to some of its backward positions.