A Response to the Church’s Official “Statement on Transgenderism”

A Response to the Church’s Official “Statement on Transgenderism” 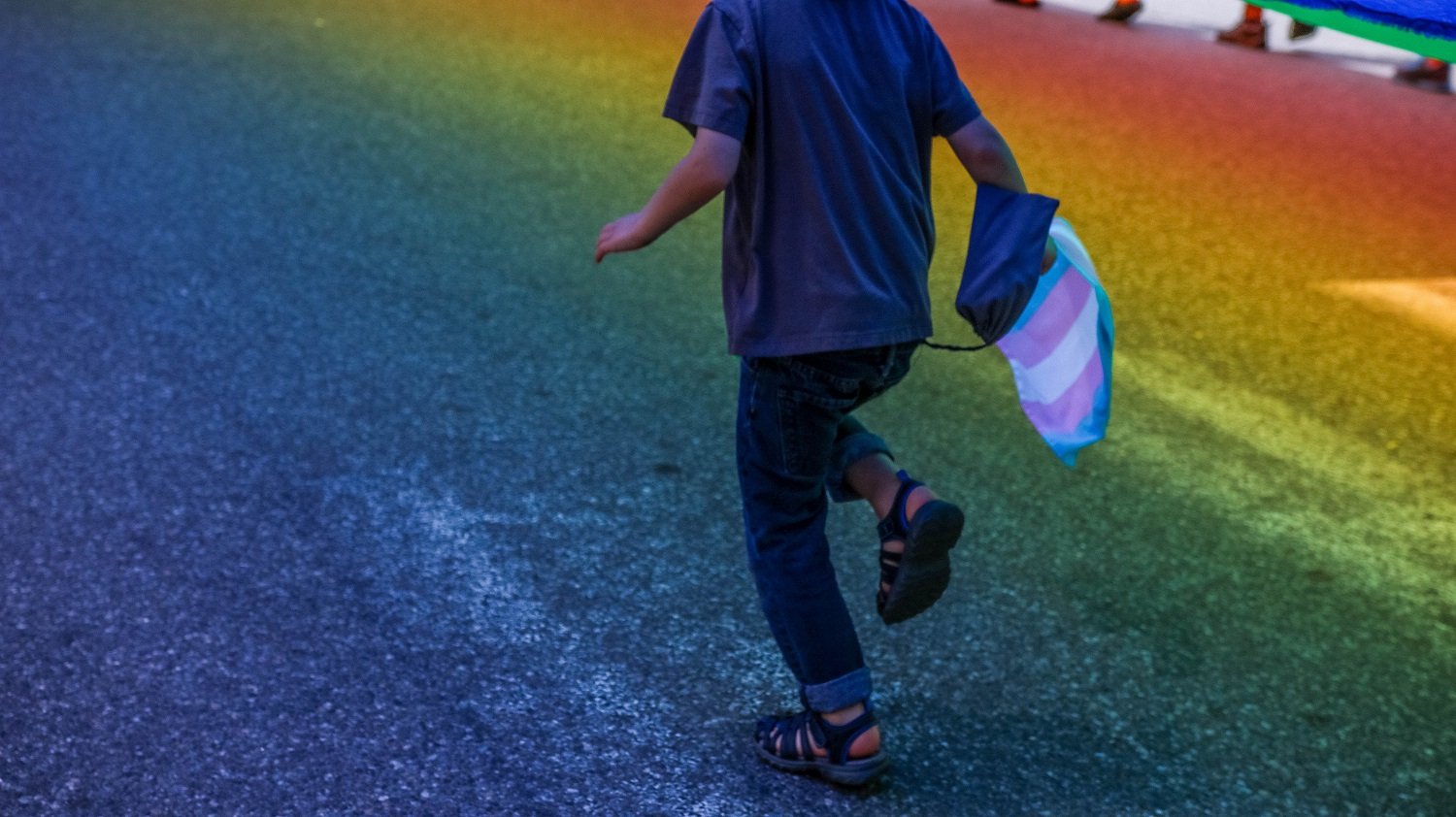 I believe in love. This may be why it has taken me these past two years to write this letter. I have been wishing, hoping, praying that love would win. Unfortunately, as of today, it has not, so I am speaking out for love, with love.

I grew up in the Seventh-day Adventist Church. I relished Sabbath School, thrived in an Adventist academy, and graduated from an Adventist university. A Spectrum article published in 2018 reported that 59 percent of young Christians leave the church after age 15 years.1 Reasons cited include being turned off by judgmental attitudes and hypocrisy, weariness of church politics, and previous attendance being based on the desire to please others. Until now, I have been in the minority — one of the 41 percent of young Christians who have remained in the church. I credit this to the fact that my mother introduced me to a Jesus who loves, and encouraged me to live my life first and foremost with the goal of building a relationship with Him. In this way, I was able to view my church through a lens of love, and not allow the sometimes judgmental attitudes, hypocrisy, and politics present in any organization, even our church, to cloud my vision. Until now.

After graduating from my Adventist university, I attended medical school. I then completed a combined residency in internal medicine and pediatrics, and afterward a combined fellowship in adult and pediatric endocrinology. I am a quadruple board-certified endocrinologist, and care for individuals of all ages with a variety of endocrine conditions. A special part of my practice includes providing gender affirming hormone therapy (GAHT) for transgender individuals with gender dysphoria. A person who identifies as transgender is someone whose gender identity and/or gender expression differs from what is typically associated with the sex designated at birth.2 Gender dysphoria refers to the distress and unease experienced if gender identity and designated gender are not completely congruent.3 Not all transgender individuals have gender dysphoria, but those who do often seek treatment within the health care system, including mental health care, medication management, and surgery. The goal of treatment is to change the body so that it becomes more congruent with gender identity.

As a physician, my primary aspiration is for my patients to have optimal health in all areas of their lives — physical, mental, psychological, social, and spiritual. I wholeheartedly believe that it is my calling as both a physician and a human being to care for all people equally, and show God’s love through my actions. Whether my patient is someone with diabetes requiring insulin, hypothyroidism needing thyroid hormone replacement, or gender dysphoria presenting for GAHT, my response is the same — provide the highest quality care, and love the person.

Currently the available scientific literature supports a multifactorial etiology for the development of gender identity, including genetic, biologic, and environmental factors.2 While additional research is needed to ultimately determine the exact mechanisms through which gender identity is determined, it is clear that gender identity is not a choice. I was conceived with two X chromosomes, born with ovaries and a uterus, and progressed through female puberty. I identify as female, but never chose to be a girl. Transgender individuals were conceived and born with chromosomes and reproductive organs that do not match their gender identity. This also was not their choice. Humans do not choose our hair color, height, or genetic predisposition to disease; similarly we do not choose our gender identity. As no one chooses his/her/their gender identity, I cannot fathom any reason why he/she/they should be discriminated against for this. The Seventh-day Adventist Church Statement on Transgenderism begins innocuously enough, stating “we recognize the uniqueness of their [transgender individuals] situation and the limitation of our knowledge in specific instances.”4 It also encourages the church to relate to individuals with gender dysphoria in a “biblical and Christ-like way,” which is a statement with which I couldn’t agree more.

The trouble arises, however, with the Statement’s interpretation of biblical and Christ-like. I believe with all my heart that Jesus’ first and foremost mission, both while on Earth and now, is to love. He came to this planet to show us love through His actions and words, and ultimately gave His life for us. He purposely included unsavory characters in his inner circle, actively worked to fight against discrimination and corruption, and went out of His way to live a life of love and inclusivity. I cannot imagine the Jesus that I know and love telling a transgender man that he can’t be happy, that he can’t be whole, that he can’t be in a loving relationship, because he is “broken,” as stated in the Statement on Transgenderism.4 Transgender individuals are welcomed to membership in the Seventh-day Adventist Church only if they are “committed to ordering their lives according to the biblical teachings on sexuality and marriage.”

The problem with this is that the Bible is silent on issues of gender identity and gender dysphoria. The Statement employs a variety of single Bible verses, taken out of context, in an eisegetical attempt to construct a weak set of explanations for why we cannot simply accept transgender individuals as they are, and love them all-encompassingly because of, rather than in spite of, their identities. When each of these verses is assessed in an exegetical fashion, using the cultural and historical context in which it was intended, we find that the Bible does not discriminate against individuals who identify as transgender, nor does it recommend that we act differently toward anyone who identifies as LGBTQIA.

Even if I believed that being transgender was a sin, or a sign of internal brokenness — which I do not — I would take issue with withholding church membership from people who are transgender. The reason is this: if we are going to prohibit people from becoming members of the Adventist Church for internal defects caused by sin, we must also bar those with obesity, heart disease, type 2 diabetes, and depression. We must exclude people who overeat, who speak harshly to their children, who occasionally judge their co-workers, as all these are evidence of sin in the world. God did not create humans to become sick, design our bodies to fail, or plan that we would ever harbor the capacity to be mean, petty, or selfish. Although He did not create us to develop disease, or to sin repeatedly, the fact is that we do — all of us. If we are truly committed to barring sinful people from joining the church, our membership should be non-existent.

I believe that we, as God’s children, have the great honor of showing His love to all those with whom we come into contact. We were not commissioned to judge, to condemn, to pick and choose who can be part of the Adventist club. We have been tasked with the incredible privilege of showing Jesus to the world, and I cannot fathom the Jesus I know actively working to prevent love from being equally available to all His children.

I cannot in good conscience remain a member of an organization that actively discriminates and excludes the patients to whom I have dedicated my career, and about whom I care so deeply, and love so fiercely. I do not feel right being a member of a club in which they are only conditionally accepted. As such, I now, as a not-so-young adult, find no choice but to join the 59 percent who leave the church.

I am not leaving because of judgmental attitudes and hypocrisy, weariness of church politics, or previous attendance being based on the desire to please others, but because the Church in which I grew up, the Church that taught me to love unconditionally, has become unrecognizable. This new Church has become an exclusive club, where in order to be a member one must follow a set of rules that is governed not by love, but by human beliefs and constructs, which we know are inherently prone to error.

I believe in love, and it is in love that I voice these concerns, and respectfully but purposefully withdraw my membership from the Seventh-day Adventist Club, until the time comes when all of us are equally accepted and loved unconditionally. When such a time as this arrives, when all humans are welcomed equally into the church, I will return with them.

Lisal Folsom received her BA from Walla Walla College (now University), and her MD from Loma Linda University School of Medicine. She is a board-certified adult and pediatric endocrinologist, and provides endocrine and diabetes care for patients of all ages. She lives in Kentucky with her husband and their two adorable Boston Terriers.

Photo by Mercedes Mehling on Unsplash