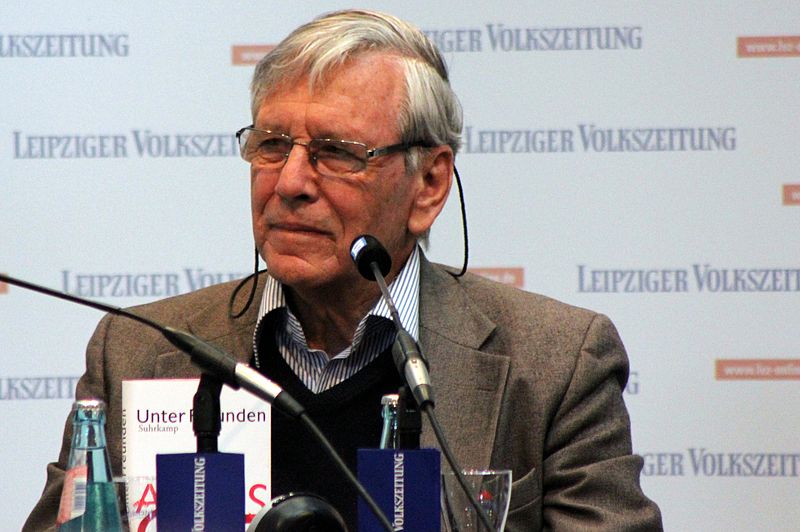 Amos Oz, died on 28 December, aged 79. He was one of Israel’s best-known writers and intellectuals, and an outspoken advocate of seeking peace with the Palestinians. His books were translated into dozens of languages, and his acclaimed autobiography, “A Tale of Love and Darkness”, was made into a film in 2015, directed by Natalie Portman.

His works chronicled over half a century of life in Israel, from his childhood in Jerusalem through the country’s transformation into a modern nation. In a 1998 interview with The Associated Press, he lamented the deep divisions in Israeli society – a prescient observation that remains true to today.

“We have not yet established the rules of the game in 50 years,” he said. “You could hardly get two Israelis to agree on the kind of Israel they want.”

Oz won numerous prizes, including the Israel Prize, the country’s top civilian recognition, and Germany’s Goethe Award. He also was a perennial contender for the Nobel Prize in literature.

Oz’s biography offers Adventists, through the mediation of literature and narrative, the opportunity to reflect about ourselves. First, it reminds us that no life, individual or community, is static. A successful past or a present happy experience is never the final word. They must courageously be able to confront and update themselves with unexpected challenges and situations.

Second, a healthy life experience is that which is able to incorporate tragedy, failure and suffering. Human resiliency is not that which, in despite of adversities, succeeds in achieving and reaching its programmed goals like nothing ever happened. It is instead that which recognizes the inevitable loss of precious things, opportunities and persons, and notwithstanding is able to reorient and even change its priorities.

Third, is that the language and linguistic forms we use to express our human experiences, determine, more than the events themselves, the qualitative understanding we give to human life and to God. Religious and dogmatic statements may express the Truth of our best convictions with precision and clarity but often are boastful, pretentious and deficient in complexity and human empathy. Instead, narrative is necessarily a sober and balanced language, even when it gets radical, because it never destroys the paradox, the multilateral plot, the heterogeneous protagonists, and particularly hates any unequivocal and final synthesis.

But Oz’s writing is also valuable because he manages not to solve or resolve, but rather to bridge together into dialogue and tension: the inside and outside, the particular and universal, suffering and expectation, the ideal and the possible, family and the nation, homeland and the World. He is the writer of mediation who, at the same time, fought earnestly the delusional fascination of some current cheap reconciliations. He learned to incarnate in his own life, beyond firm ethical conviction, the slow and discrete yet enormous healing power of “human Meekness”.

1. Family: The Complexity of our Human Microcosm

Oz was the only child of parents who emigrated from Russia and Poland to help establish a homeland for the Jews. As a teen he rebelled against his upbringing, looking to put behind what he felt was his parents’ world that glamorized Europe and the West. Instead he was drawn to the young pioneers who built the early Israeli state. He wrote:

“I secretly dreamed that one day they would take me away with them. And make me into a fighting nation too. That my life too would become a new song, a life as pure and straightforward and simple as a glass of water on a hot day,”

His austere childhood in the final years of British-mandate Palestine – haunted by the Holocaust and threat of war for the land claimed by two peoples – would serve as a major theme of his literary works. So would the suicide of his mother when he was 12, the topic of his heart-wrenching memoir “A Tale of Love and Darkness.” Seeking a break from his life in Jerusalem, he moved to a kibbutz collective farm at the age of 15 and changed his last name from Klausner to Oz, a Hebrew word for strength and bravery. It was while living on the kibbutz, where he would remain on and off for the next 25 years, that Oz emerged as a writer, focusing on daily life and family tribulations.

He would complete high school at Kibbutz Hulda in central Israel, and return to the kibbutz after completing his mandatory military service in 1961.

While working in the farming community’s cotton fields, he published his first short stories. After earning a degree in literature from Jerusalem’s Hebrew University, he would spend 25 years on the kibbutz, dividing his time between writing, farming and teaching at the community’s high school.

“My work is the comedy of unhappy families, not tragedy,” he once said.

His early works, many of which were published in Hebrew by the Israeli Labor Party’s publishing house, included “Where the Jackals Howl” (1965) and “My Michael” (1968). In a career spanning half a century, Oz published over 35 books, including 13 novels as well as children’s books and collections of short stories, and hundreds of articles on literary and political topics. Oz’s final novel “Judas” was nominated for the Man Booker Prize. Aside from a detective story about Jesus and Judas, it was full of the other familiar elements of an Oz novel, including enigmatic characters, the complicated environs of Jerusalem, and endless questions about the State of Israel. Speaking to the Times of Israel, after it was published in 2016, Oz said there was something of his own self in each of the three “Judas” characters. But that was not unusual, he said, given that everything he writes is in some way autobiographical, originating from things he’s heard or seen, dreamed, read or fantasized about.

2. Homeland: The Complexity of our Human Macrocosm

Considered one of the most accomplished authors in the history of Israeli literature, Oz was also among the country’s most vocal left-wing activists and supporters of a two-state solution.

“My Zionist starting point has always been simple: We are not alone in Israel and in Jerusalem, and neither are the Palestinians. We cannot become one happy family...There is another way: They are not going anywhere, they have nowhere to go; we have nowhere to go. The house should be divided into two families,” said Oz, a co-founder of the Peace Now group, in a 2015 interview.

Oz was a leading voice in Israel’s peace movement and a friend of the late Shimon Peres, a former prime minister and president who won the Nobel Peace Prize for his efforts to reach a deal with the Palestinians. Oz frequently wrote essays and delivered lectures urging the country’s leaders to establish a Palestinian state as part of a peace agreement with Israel.

In a 2001 interview with The Associated Press, Oz said Israel must wean itself from the view that the West Bank and Gaza were assets to be traded for peace, and instead should just be given away.

“I think today that Israel should draw its own borders, withdraw to them, and if needed defend them...If we’re going to fight, Israel without Nablus and Gaza is stronger than with Nablus and Gaza. Stronger, more unified, more just.”

He was among the founders of Peace Now, a leftist organization that opposes Israeli settlements in the West Bank, and was a leading voice in the 2003 “Geneva Initiative,” an unofficial peace plan reached by leading Israeli and Palestinians. He also was a supporter and activist in Meretz, a pacifist Israeli political party.

3. Person: The Mediation of Meekness

Amos Oz and David Grossman, along with Abraham Yehoshua, were regarded as the hallowed trio of Israeli literature and the collective liberal conscience of the nation. They became pillars of the country’s peace movement, which has grown increasingly marginalized over the past two decades. As well as being showered with literary prizes, each spoke out against Israel’s occupation of Palestinian land, and for peace. Grossman said:

“Whenever I came out of a talk of ours I felt that I had been enriched. Every month or so, I would come to his home and we’d have coffee and talk about everything that interested us...I consulted a lot with him about my writing, and sometimes he asked me about his writing. And because I told him exactly what I thought – when I loved something, when I didn’t like something – it fostered our friendship. Above all, he was a human being, he was a mensch, he was warm and generous and curious, and he wanted to know family details and what I was doing…“A Tale of Love and Darkness”, it’s not only his autobiography, but in a way the biography of Israel even before it was created.”

For all these reasons the renowned Italian journalist Corrado Augias summed up Oz’s biography and work with the column “The Praise of Meekness” (Elogio della mitezza). And meekness was certainly an explicit ingredient in one of his important books “How to Cure a Fanatic”. In that book, as in all his work, Amos Oz implicitly values more the inclusive strength of “meekness” over “conviction”. Conviction is certainly an important ingredient in a person’s ethical life and in a community’s civil ethos. But when it’s left alone it easily becomes the fertile soil for fanaticism. This is the reason we Adventists should be, on one side, happy to see that the anthropological prototype of the “Convinced”, “Diligent”, “Coherent” Adventist “church member” or “church leader” is recently being endorsed and promoted, creating a dynamic and efficient Church. But on the other side, we should be seriously worried because that same profile has increased the rate of fanaticism among us. In fact, ethical, dogmatic or just human “meekness”, understood as the sober capacity to see in “agreement” and  in “compromising”, is not always a threat but also an opportunity. But it has become a rarefied virtue among us these days.