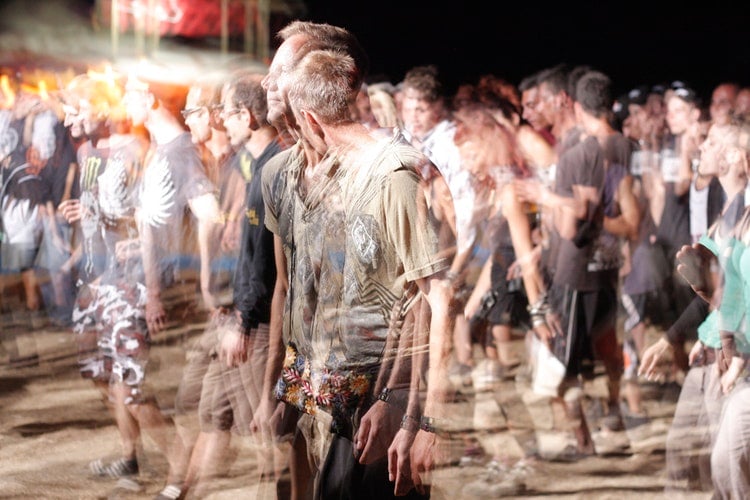 I saw Diggy Simmons downtown earlier. Some of you may have no clue who he is. He’s an American rapper, actor and son of Reverend Run of Run DMC fame. When I saw him, some friends and I were standing in line on the New York City sidewalk waiting for the doors to open for an event. I remarked to my friends, “hmm…that kid looks like Diggy. Oh yeah, actually that is him.” I shrugged and continued my conversation. A girl behind us left the line and ran in full trot for an entire city block to try and catch him. I don’t know if she did. Before I could see what came of the situation, he rounded the corner with the girl in hot pursuit. It was comical. We found it funny because he’s just a person. And New Yorkers are (typically) quite unimpressed. After all, there are famous people riding the subway, grocery shopping, and sharing sidewalk space with everyone else in New York City all the time. My friends and I deduced that perhaps the girl was from out of town.

Celebrity has a tendency to cause people to forget others’ humanity. In the case of a star struck fan, that “forgetfulness” is generally manifested as a positive perception. But sometimes forgetting this obvious fact can have the result of turning negative very sharply. Those who keep up with the NBA know that the Golden State Warriors are – at the time of this publication – in the midst of a championship series against the Toronto Raptors. And arguably the most well known of the Warriors is point guard Stephen Curry. He comes from a basketball family. His dad and younger brother are a former and current player for the NBA, respectively. But his interactions with his wife, Ayesha, and their kids are the familial relationship that garners the most attention. They are a clean cut Christian family made up of two longtime sweethearts who met at their church youth group as teens, married, and now have three adorable kids. Picture perfect! That’s why it seemed to be so “scandalous” when Ayesha appeared on an episode of Red Table Talk (a Facebook show hosted by actress Jada Pinkett Smith) and confessed that sometimes she feels a bit insecure. Steph gets lots of attention from women who flirt with him and note his attractiveness. Meanwhile she has three kids in tow and feels at times invisible, in comparison. The shock and horror of such an admission reverberated through social media! How dare she?! There were men who condemned her – a married Christian woman – for wanting to feel attractive to the opposite sex. There were women who called her hypocritical because this apparently exposed some flaw in her squeaky clean image. But the most interesting criticisms were ones that questioned the validity of her emotions. How could she possibly be insecure while she’s a pretty, rich, famous, Christian young woman with a lovely family?

Taking the critiques one by one, I feel it’s necessary to point out that Ayesha noted her marriage was happy. She had no plans nor desire to be unfaithful to her husband. Contrary to some Christians’ beliefs, your attraction to other people does not evaporate when you say “I do.” And neither does your desire to feel attractive. I believe it is the truth when she states she is happily married. It can also be true at the same time that a happily married mother of three can wonder if she’s still “got it.” Everyone, if they are honest, has felt this on some level. Perhaps not in the confines of a marriage, but elsewhere. Perhaps it wasn’t about your physical appearance. Maybe you had doubts about your intelligence. Maybe as a kid you wondered if you were likable. Assuringly, your parents stated that you were, but you retorted, “you have to say that – you’re my parents!” You know that the people who love you, love you. And you are indeed satisfied with that love, but it’s nice – every once in a while – to know your attributes are appreciated by others, too. This is not some slippery slope towards becoming an adulterer. It’s simply recognizing you are a person. And people have complex emotions and insecurities.

Which goes to the heart of what I noted as the most interesting criticism. For some reason, Ayesha’s personhood and right to feel things was negated by her fame, money, religion, and family. Despite all the evidence to the contrary, people like to believe internal issues can be fixed by external embellishments. But the reality is, an insecure poor person who strikes it rich only becomes an insecure wealthy person. A depressed obscure individual won’t be cured from that depression just by becoming well known. Your emotional baggage won’t disappear just because you get married or have children. And, quiet as it’s kept, Christians need help with their mental health, too. In fact, odd as it may seem, these trappings may actually exacerbate existing issues that were never dealt with. This is precisely because the stigma of shame keeps people with a “perfect life” from giving voice to their pain. If people know, it may open them to judgment. Because “perfect” people aren’t allowed to feel pain. Case in point – look at what happened to Ayesha! She was vulnerable and got ridiculed.

But things work differently among Christians, right? Our spaces are safe for everyone, aren’t they? If only that were the case! Our churches really ought to be the one place where people can be open about their struggles without fear of reprisal. “We are all equal at the foot of the cross.” “God is no respecter of persons.” These are great truisms to repeat when citing the need for humility. But do we also apply it in the opposite way – are we as eager to equally lift those up who are down? Who is available within our church when the man or woman with the “picture perfect” life reveals that the picture is actually Photoshop filtered? Are we prone to listen empathetically? Or in judgment? When we ourselves are faced with life’s difficulties, are we comfortable reaching out? Or do we chastise ourselves because we’ve bought into the lie that a “good” job/home/marriage/relationship with God means you are devoid of any problems? One can only conclude that if you are in pain, you’re doing it wrong. Work harder. Devote yourself more to your family. And pray harder.