My Pain is Not Your Hashtag 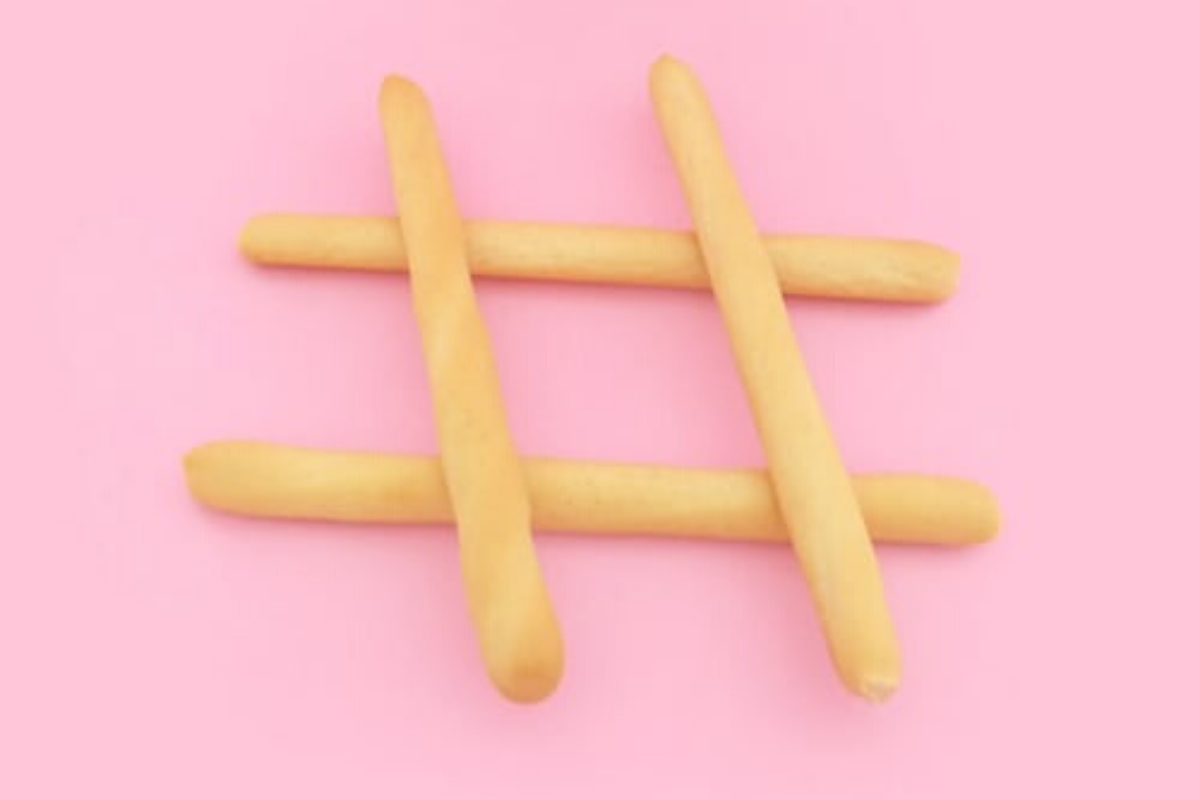 When someone else is deriving amusement, joy, notoriety or pleasure from something that is your own source of sorrow or pain, it certainly doesn’t feel great. Yet I had the misfortune to experience that feeling twice in the same week. But the two circumstances couldn’t have been more different.

I’ve noted in this column before that I grew up in New York. I’m from the Bronx to be exact, not far from a site that gained a tremendous amount of fame in October. Last month, The Joker movie opened to audience acclaim. According to viewers, while the Joaquin Phoenix film had many memorable scenes, chief among them was a shot of the title character dancing on a set of steep steps in the middle of Gotham. As it happens, the steps that were filmed are actually in the South Bronx. And the steps that natives near 167 Street know as part of their life landscape were now being dubbed “The Joker Steps”. It instantly became a favorite tourist attraction among fans of the flick. But the place moviegoers were now calling “iconic” has been anything but that for the surrounding residents. Throughout the years, the steps have often been in disrepair, neglected by the City. Notably, community dwellers are familiar with the perennially broken street light that should have illuminated the area nearby. The flights connecting upper and lower sections of the street weren’t famous for their glamour but rather infamous for the dread one was filled with when faced with the daunting task of scaling them, especially in inclement weather that made them slick. Yet over the past month, people have come to the area to take selfies and group pictures to pose and post on the #JokerSteps.

Many in the area were disgruntled at this turn of events. Several emotional pieces have been written on social media expressing disdain. New hashtags have been created in reaction, such as #MyPovertyIsNotYourPhotoShoot. Residents have shown their displeasure in both subtle and overt ways. Some purposefully walked in the background of pictures to ruin the Instagrammable moment. Others were much more physical, like the man who was arrested for pelting tourists posing on the stairs with raw eggs. I certainly don’t condone such actions. But I do understand the impetus at the core of such deeds. The emotion is not unlike the frustration felt by many others around the world when they see their community and neighbors used as props in someone’s voluntourism photo op. The place and people are merely window dressing in the photographer’s social media moment. The post is just a stepping stone to virality fueled by poverty porn. The hashtag is just a sign of inclusion in the latest trend.

Hashtags are about gaining internet likes. This doesn’t mean they are bad in and of themselves. But it’s an issue when it is not the product of true interest or concern for the people connected to it. This is why slacktivism is so insidious. Under the guise of actual concern, people make themselves popular by appearing to be in tune with the latest cause. However, little substance or action is behind it. This is the context of my second experience last month.

While the secular world was abuzz with news about movie premieres, the SDA world was enveloped in the events of GC’s Fall Council. By far, the most discussed events being of those surrounding the public rebuke of entities reportedly out of step with the administration’s beliefs about Women’s Ordination. The offending Unions were warned and labeled “noncompliant”. For those who have been contending that women are full humans capable of receiving and carrying out the ministerial call of the Holy Spirit, this was not received as a pejorative term, but rather a badge of honor. Soon though, #noncompliant began trending in the denominational world due to its popularity. The hashtag was emblazoned on apparel and merchandise and sported by many individuals who wanted to be trendy. For actual women in ministry, it is inconsiderate to use their pain merely as a hashtag to boost your social media cred. Certainly it may be on brand today, but it’s shallow to echo the sentiment without care for, or action in service of the real people who are affected.

If you have no interest in actively supporting women in ministry, do not use our struggle as your catchy statement. However, if you honestly believe in helping female ministers, here are real tangible things you can do beyond sporting #noncompliant. This is not by any means an exhaustive list. It was compiled from suggestions given by actual female pastors. These are suggestions that can be implemented by folks at every level of church life, from those in the conference office to those in the pews:

- Ordain women. As eloquently stated by Marcia Moore at the NAD Year End Meetings, it is problematic for leaders who “believe that the General Conference vote to continue discriminatory practices is wrong, but they still do not recommend women for ordination in their conferences, or vote to ordain them in their unions. To know the right thing to do and not do it is a sin.”

- If you hire women, don't hire men who are against women in ministry. This creates a toxic environment and sets up the potential for these individuals to someday be in positions to disenfranchise women within your conference. It has happened before that conferences friendly toward women have become hostile with the appointment of a pastor to a leadership post who was antagonistic towards women. And even if they only remain coworkers, the animosity still takes its toll.

- Don't host conference-wide evangelists or trainers to speak who are against women pastors. This sends mixed theological messages and again creates a hostile environment. No one would think it appropriate to invite a vocal and vehement racist to speak, no matter how famous. Likewise, it should be equally unacceptable for open sexists to be invited as speakers and presenters.

- Stop relegating women to perpetual assistant and associate positions. (How many women in your conference are lead pastors? How many are lead directors of departments besides women’s ministry?)

- Be inclusive in your speech. Refer to pastors’ “spouses” not just “wives”. Refer to “workers” not “men”. Make this a regular up-front part of your discourse and written communication. And make it natural – there’s no need for a wink and nod when you do it.

- Provide education to employees about toxic environments and what that entails. Overt things like inappropriate jokes may be obvious, but dismissive remarks, micro-aggressions, power-control dynamics, and language of intimidation may be more subtle. Urge everyone to foster and promote healthy working environments.

- Be intentional about mentoring women. People are prepared for leadership by other leaders.

For all pastors (whether in administration or at the local church level):

- Talk to the admins in your conference/union. Ask them to ordain women. Your voice as a denominational worker counts. It sends a message that your field is open to women in ministry.

- Welcome and include your female colleagues in discussions and activities. Foster an atmosphere of friendliness.

- Listen to your female colleagues in meetings. Don’t be dismissive of their thoughts. Don’t talk over them. Don’t mislabel thoughtful passion as “emotionalism”.

- Stop organizing conferences/events with all male presenters, or a single token female.

- Stop agreeing to participate in conferences/events that have all male panels or only a single token female.

- Stop financially supporting and attending conferences with one or no female speakers. If there’s a meeting you’d like to go to, but see zero or one woman participating, contact the organizer. (How many are speaking at the next big conference you’re hyped to attend?)

- Get to know women in ministry beyond the one or two you may be familiar with, and intentionally give your congregation exposure to several women pastors.

- Invite ministerially-trained female pastors to preach and present. Even instances where one would never have asked a man with no theological background it is often considered sufficient to have a woman, regardless of her ministerial training, just for the sake of having a female. Don’t do this. There are more than enough qualified women in ministry.

- If you have a female pastor on staff, give her preaching opportunities. Her time in front of the congregation should go beyond reading scripture and announcements, doing intercessory prayer, or giving the welcome. Give them slots to preach the sermon.

- Don’t have women pastors preach only on Mother’s Day and Women’s Day.

- Don’t relegate female pastors to children’s ministries if that is not their passion.

- Speak up for women in ministry. In worker’s meetings when your voice can be heard, don’t sit in silence. Don’t wait until the after-lunch meeting to chime in your support. Don’t let women be the only ones advocating for ourselves.

- When you introduce and speak about female pastors, refer to them as “Pastor so-and-so”, particularly if you do this for men (e.g. “Pastor John” yet “Sister Lynn” or “Lynn” is not ok).

For church members regardless of church position and office:

- If your territory does not yet do so, ask your conference/union to vote to ordain women. One of the most referenced excuses against women pastors is that “the people aren’t ready”. Let your administrators know otherwise by voice and vote.

- Ask your conference to hire women – not just in the abstract. Let them know you would be open to having a female pastor. One oft-cited reason for not hiring women is that there wouldn’t be a church she would be received at. Let your conference know yours would be one.

- If your church has a pastoral search committee, be intentional about including female candidates for consideration.

- When a female pastor comes to preach, thank her for her “sermon” not for her “talk”. She delivered the Word, not a TedTalk.

- If you address men in ministry as Elder or Pastor, extend the same courtesy to women.

- Donate to scholarships for women studying for ministry. While many men are sponsored by conferences to attend Seminary, the vast majority of women pay their tuition out-of-pocket.

- Vote to include female elders in your local congregation.

- If you demonstrate hospitality to your male pastors with invitations to Sabbath meals, do the same for your female pastors. Don’t assume that she will adopt the mantle of hostess and expect her to initiate hospitality events.

- Encourage the women in ministry you know. Let them know that you are invested in their success and that you are praying for them!

If we really care about women in ministry show it with more than a hashtag.