Must the World Get Worse? The Decline of Violence and the End Times

Must the World Get Worse? The Decline of Violence and the End Times 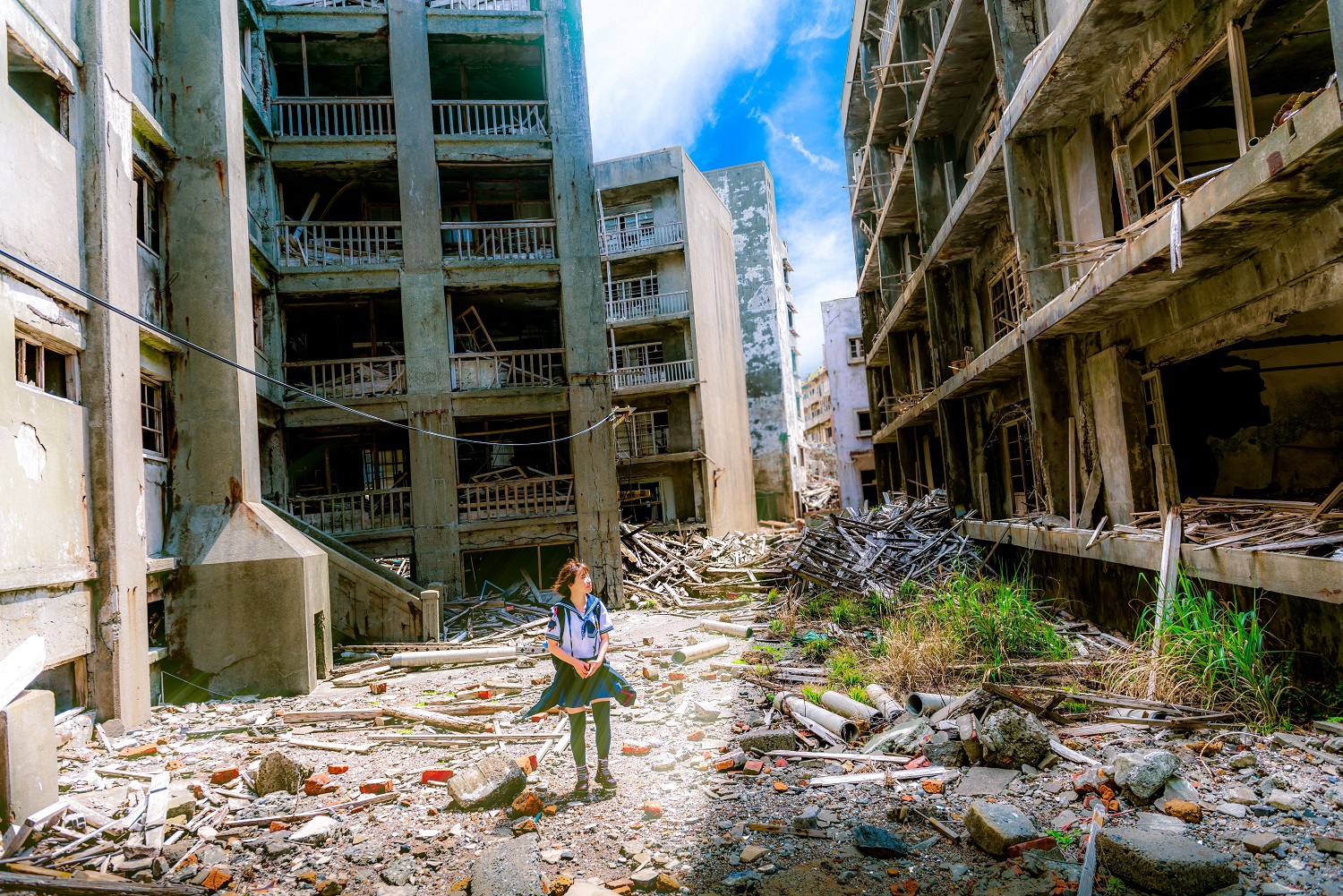 “For then there will be a great tribulation, such as has not occurred since the beginning of the world until now, nor ever will.” —Matthew 24:21

If the fervent expectations of my pre-adolescent Adventist mind had been correct, I would be hiding in a swamp right now. Perhaps fleeing to the mountains would have been more biblical, but lower Michigan doesn’t have any. However, swamps abound. And there was a vast, soppy, mosquito-infested lowland behind my cousins’ house, in which we all agreed that we would conceal ourselves when the “great tribulation” began, and global Adventist genocide seemed imminent. After all, if we could barely tolerate the mosquitoes in that murky morass, certainly no hooded Jesuits with AK-47s would look for us there.

It seems humorous in retrospect, but it was serious business then. I’m also a little nostalgic about it, for it was great fun. I’ve heard fellow Adventists talk about the trauma they felt as children when the coming tribulation was preached vividly, but I never experienced such apprehension. Rather, I took delight in contemplating the notion that the world was growing more violent daily. I would hear a news report about a shooting in Lansing, and I would imagine myself running from armored cars, sneaking around with contraband Bibles, and hiding in my cousins’ impenetrable marsh.

More fundamentally, violence was good news, because it meant that Jesus was coming soon. After all, the Bible predicted that before the return of Jesus, violence would increase, and we would hear of “wars and rumors of wars” (Matthew 24:6). Thus, the mayhem of the world was — for me — something to be strangely celebrated.

Steven Pinker and “The Pacification Process”

If I had read Steven Pinker’s book The Better Angels of Our Nature: Why Violence Has Declined as a child fifteen years ago, my faith in Seventh-day Adventism would surely have been shaken. In this expansive account, Pinker describes how, contrary to popular belief, the world is not growing more violent. It is just the opposite, he says. Over the last five centuries, and particularly in the last half century, violence had receded to the borders of Western society, such that “today we may be living in the most peaceable era in our species’ existence.”[1] Recently, Pinker has reiterated his basic claim about the decline of violence in another lengthy piece.[2]

According to Pinker, the perception that we are becoming more violent is not due to hard facts, but simply due to our human characteristic of exaggerating current and recent troubles, and our nostalgia: “It is easy to forget how dangerous life used to be, how deeply brutality was once woven into the fabric of our daily existence.”[3] The good old days may have been good, but not for criminals or anyone who got on the bad side of the king. Pinker repeatedly draws on gruesome historical accounts of shameless pain-escalation that make waterboarding seem like hydrotherapy: incinerations, torture chambers, “iron maidens,” and a process for impaling a victim on a spike like a worm on a fishhook — through the body, rear to front.

But if gory history fails to convince, statistics could. Condensing clouds of data into a densely-packed 800 page tome, Pinker argues that in spite of two world wars and the proliferation of nuclear weapons, the 20th century was almost certainly not the bloodiest century the world has ever seen (although he admits that his assessment could never be proved conclusively).[4] Genocides, murder rates, and death tolls from violence of all kinds have gone down dramatically. The twentieth century’s supreme manifestation of gore — World War II — is often cited as evidence of this era’s preeminent nastiness. But, when adjusted for population increase, Pinker argues that numerous wars from previous centuries dwarf WWII in bloodshed.

Of course, Pinker’s approach is not without flaws. Critics have pointed to inadequacies in his research.[5] We all know statistics are not always as sound as they seem. Further, calculating the actual death toll of wars and genocides, especially in bygone centuries, is a daunting task, not one that can simply be checked off by a google search. Nevertheless, although scholars have been critical of many of Pinker’s claims, few have disputed the general decline in violence in the Western world specifically over the past 50 years. In the United States alone, according to the Pew Research Center’s assessment of FBI data, the violent crime rate fell by 49% between 1993 and 2017.[6] There is no guarantee these changes will be permanent, but we cannot avoid recognizing them.

Other scholars, such as Francis Fukuyama in his famous The End of History and the Last Man, have also pointed out the large scale trajectory of the Western world toward a generic calm.[7] In objective terms, for now at least, the Western world is truly much less violent than it used to be.

Even if we are cautious about this claim, however, the important question for Adventists is: What if Pinker is right, and the world is getting better — what does that say about our understanding of prophecy?

Adventism and a Peaceful World

If the Bible teaches that violence will increase in the last days, shouldn’t we assert that Pinker’s pacified world will soon return to pre-modern brutality, perhaps aided by the beastly influence of the papacy (Pope Francis’ friendly demeanor notwithstanding)? Do we have to bite the bullet and affirm that Pinker’s hopeful assessment for the future is just plain wrong, and that it only describes a temporary trend?

I don’t think so. I think that when we celebrate a brutal vision of the end times, we forget a crucial feature of biblical “disaster prophecies”: their conditional nature.

Jonah, of course, is our key model here. Jonah prophesied the destruction of Nineveh, hoping he would be given the chance to see it burn. His prophecy appeared absolute, at least as tersely recorded: “Yet forty days, and Nineveh will be overthrown” (Jonah 3:4). There was no description of an “unless you repent” offered to the people of Nineveh. As far as Jonah was concerned, he was proclaiming an unchangeable course of future events. And his faith was staked on it.

Which is why, as we all know, he felt rather morose after the people in the city repented and God decided not to send disaster (Jonah 4:1). Before coming to Nineveh, Jonah had suspected that the people might turn from their wicked ways. But he still hoped that his prophecy of destruction would not be conditional — “unless you repent…” — and that God would wipe out the city’s residents, whom he strongly disliked.

The message of Jonah is that God does not predict disaster simply to give us the enjoyment of telling everyone the horrors of the future before they happen, or to provide us the right for a cynical “I told you so” after the fact. God predicts disaster in order to save people from it.

This means that we need to abandon the deterministic notion of a cosmic plot which fore-ordains certain acts of brutality in the end times. God’s outreach to human individuals and institutions always respects human free decision, and always offers the possibility of repentance.

The purpose of disaster prophecies is not to make us huddle down and weather the storm, but to actively work like the people of Nineveh to reform our society and create peace and justice. If we believe that the end times will feature “wars and rumors of wars,” this should be our calling to do everything we can to curb the jingoism, nationalism, and ethnic hatred that lead to conflict of all kinds. And if violence seems to be decreasing, this attitude will make us rejoice.

Conclusion: A Prophetic Search for Peace

Step into any Adventist church today, and you are likely to hear preachers proclaim, erroneously and yet persuasively, that the world continues to wax more violent. These exhortations make us feel special, as if we are the remnant who will soon face the wrath of a reprobate society. I resonate deeply with this feeling. However, it is the opposite of a genuine biblical prophetic outlook. The calling of biblical prophecy is to prevent violence, not applaud it.

Adventism should become a faith grounded in hope for the repentance of every violent power, marked by a quest to see “justice roll down like waters, and righteousness like a mighty stream” (Amos 5:24). We ought to love the world as God so loved it (John 3:16). Prophecy — understood as God’s conditional warning to oppressive powers — should be our summons to optimism. We must never forget that no one — neither the papacy nor any of the world’s powers — is beyond the reach of God’s grace.

A faith sustained by conspiratorial links about Roman Catholicism posted on Facebook is a weak faith, starved for Christ-like love to the world, parasitic on paranoia. Still, the apocalyptic vision of Adventism, in which God’s people are raised up as witnesses who overcome “by the blood of the lamb” (Revelation 12:11) is essential for our fallen world, even as it becomes more peaceful. Violence always lurks, and we cannot forget it. Neither can we naively hope for a gradual development of a utopian civilization. But we can rejoice in the progress we have made against violence, even as we await the blessed hope of the return of our Savior, who alone can “wipe every tear from their eyes” (Revelation 21:4).

[1] Steven Pinker, The Better Angels of Our Nature: Why Violence Has Declined (New York: Viking, 2011), xxi.

[5] For an overview of sundry criticisms from a variety of disciplines see Tom Bartlett, “Why Do People Love to Hate Steven Pinker,” Chronicle of Higher Education (March 11, 2019), https://www.chronicle.com/interactives/hating-pinker

Andrew Blosser received his B.A. and M.A. in theology from Andrews University. He regularly speaks at churches and conferences around the United States. He is currently writing a dissertation on the Sabbath and politics for his Ph.D. at Loyola University Chicago.

Photo by Jordy Meow on Unsplash