The Lima 2019 Pan-American Games — Is There a Common American Soul?

The Lima 2019 Pan-American Games — Is There a Common American Soul? 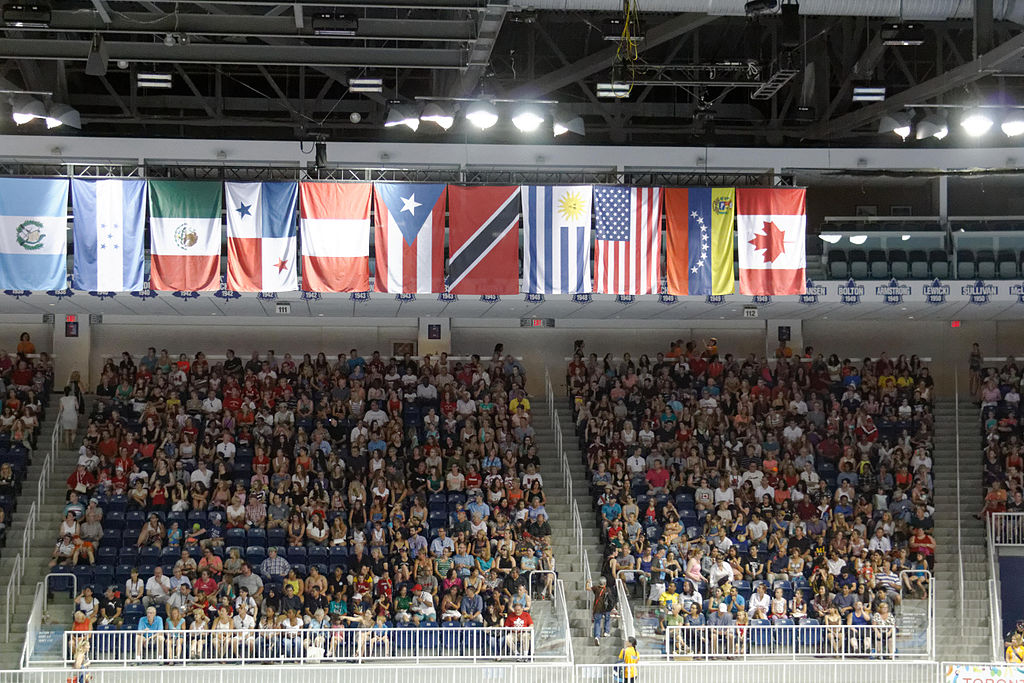 The XVIII Pan American Games are an upcoming multi-sport event to be held in Lima, Peru at the end of this month. This is, after the Olympic Games, the second largest multi-sport event worldwide. On July 26, more than 6,900 athletes will proudly enter the National Stadium of Lima to represent the 41 countries of the Pan Am Sports family. Seventeen days of world-class competition will follow as the athletes battle for top of the podium and a chance to qualify for the Tokyo 2020 Summer Olympics. The Lima 2019 Pan American Games will offer an unprecedented 39 sports and 62 disciplines, featuring a record-breaking 22 disciplines that will serve as qualifiers to Tokyo 2020, including new additions to the Olympic program – bodybuilding, surfing and skateboarding.

In addition, visitors and tourists will be able to get to know Peruvian millenary culture as expressed in historic sites like: Machu Picchu, Sacsayhuaman, Kuelap, Chan-Chan, Choquequirao, the Nazca Lines, Cusco the capital of the Inca empire, Urubamba sacred valley, Tiahuanaco-Puno, the various natural parks of Huascaran, Paracas, Manu, and Iquitos. Not to be forgotten is Lima, the eclectic Peruvian capital, that enchants visitors with its bay, museums, Spanish style colonial downtown, its contrasting and heterogeneous musical expressions, a history of diverse multicultural roots and its longstanding culinary tradition that permeates every corner of the city and has converted it into the Gastronomic Capital of the Americas.

But the Pan American Games also poses, beyond the sporting event, a cultural and political question. Are the Americas a united hemisphere, as these Games try to suggest? Nothing seems to confirm this scenario or really validate such a hypothesis. On the contrary, all in the American sphere seems to be divided: North America and South America, rich and poor, White and Indian, White and Black,  Protestant and Catholic, English and Spanish, the Dollar and the Pesos, Individualism and Corporativism, innovation and tradition, the City and the Jungle, efficiency and spontaneity, Hollywood and Telenovelas. Other, even more culturally and linguistically heterogeneous Continents, such as Europe, seems to have done better than we “Americans”.

Why it has been so difficult for the Americas to grow up culturally more inclusive and united? Are these “Pan American” Games just an aesthetic sublimation of a unity that nobody knows, thinks about, searches for, aspires to, and even less – dreams about? Are these Games a clumsy escape from reality? The paradox is that each country blindly believes they embody the true America. This is for instance the self-referential, naive and selfishly repetitive Original Sin of the United States. The USA has improperly and poorly monopolized the American name of a whole hemisphere. But the U.S. of America is and can be only one of its “provinces”. So true is this incontrovertible although repressed fact that, indirectly and after all, there have been many attempts to unite America starting with Simon Bolivar up to the OAS (Organization of American States, 1948/OEA). All of them unfortunately have started from a double false premise. First, that unity must depend on and follow a unilateral and homogenizing political, linguistic or cultural paradigm. Second, that in order to achieve this unity, a necessary a guarantor is incarnated in the politically and economically strongest nation of the moment. This situation has led to polarization where strong nations hold a paternalistic view of unity, but is convincingly opposed by the intransigent and revolutionary spirit of the subaltern groups and weak nations. And the updated political version of this historical contrast is visible today in Venezuela’s crisis.

These two mistakes were already present at the beginning of the 19th century. They constitute the core of the “Monroe Doctrine” which, without doubt had the major intent of putting the Americas together. The Monroe Doctrine was a United States policy of opposing European colonialism in the Americas. It stated that further efforts by European nations to take control of any independent state in North or South America would be viewed as "manifestation of an unfriendly disposition toward the United States." At the same time, the doctrine noted that the U.S. would recognize and not interfere with existing European colonies nor meddle in the internal concerns of European countries. The Doctrine was issued on December 2, 1823 at a time when nearly all Latin American colonies of Spain and Portugal had achieved, or were at the point of gaining, independence from the Portuguese or Spanish Empires.

President James Monroe first stated the doctrine during his seventh annual State of the Union Address to Congress. By the end of the 19th century, Monroe's declaration was seen as a defining moment in United States foreign policy, and one of its longest-standing tenets. It would be invoked by many U.S. statesmen and several U.S. presidents, including Ulysses S. Grant, Theodore Roosevelt, John F. Kennedy and Ronald Reagan. The intent and impact of the Monroe Doctrine persisted with only small variations for more than a century. The doctrine asserted that the New World and the Old World were to remain distinctly separate spheres of influence, for they were composed of entirely separate and independent nations. After 1898, Latin American lawyers and intellectuals reinterpreted the Monroe doctrine in terms of multilateralism and non-intervention. In 1933, under President Franklin D. Roosevelt, the U.S. went along with this new interpretation which finally led in 1948 to creation of the OAS (Organization of American States/OEA).

The “Monroe Doctrine” and the “Pan American Games” are two contrasting ways of facing the indispensable question of unity in the Americas. And they are both the paradoxical expression of a common pragmatic spirit that has nurtured, in various degrees and forms, the Anglo-Saxon as much as the Spanish colonization of America. But these two strong cultural paradigms that condition the destiny of this hemisphere today have failed in offering an inclusive model of cultural dialogue and interaction. And they also share a common contempt for the indigenous and native worldview. Let’s briefly consider three ingredients of America’s indigenous mindset that could enhance and promote a new model of unity and interaction.

The Pan American Games have been criticized by various indigenous organizations for not including typical American ancestral sports such as Lacrosse, Ulama or the Mesoamerican ballgame. Lacrosse is based on games played by various Native American communities as early as 1100 AD., and documented by 17th century Jesuit missionaries in the territory of present-day Canada. Ulama is a ball game played in a few communities in the Mexican state of Sinaloa. Descended from the Aztec version of the Mesoamerican ball game, it is one of the oldest continuously played sports in the world, and is notable for the fact that it is the oldest known game using a rubber ball.

In fact the “Pan American Games” are a typical example of modern cultural atomization and fragmentation of life-events, which aim for and become high performative exercises, but are completely separated from real and concrete life. In this sense not only Western sport, but also Western economy and religions, follow the same pattern of efficiency, rapidity, high productivity and individualistic performance.

On the contrary, an indigenous worldview links the played games to life so the goal is not “high- performance” but “symbolic integration”. These games in fact played a significant role in the community and religious life of tribes across the continents. They were characterized by deep spiritual involvement, befitting the spirit of combat in which they were undertaken. Players did so in the role of warriors, with the goal of bringing glory and honor to themselves and their tribes. A game was said to be played "for the Creator" or was referred to as "The Creator's Game" and played as part of ceremonial ritual, a kind of symbolic warfare.

America’s indigenous religiosity, in contrast to Catholicism and Protestantism (typical expressions of Christian monotheism) is not obsessed with the category of “True and False”. The excessive emphasis of this criteria makes true integration impossible. True and false are exclusive and precluding categories that have, through Catholicism and Protestantism, spoiled American integration with its indigenous component. Every healthy religion must be inclusive. And the same can be said of sport-events.

America’s indigenous behavior is not anthropo-centric but structurally eco-friendly. It represents a different paradigm, not of “growth” but of “balance”. Balance between man and man, man and God, man and nature. Man can’t grow if nature dies. They must grow together. The question is not who wins but how we all, nature included, win together. In this sense Pan American Games tend to overcome natural limits as a structural goal while indigenous games tend to follow in the wake of nature’s rhythms.

Anthropologically and religiously speaking then, these Games tell much more about what we humans are. And the Lima 2019 Pan American Games, even if they appear gentle and innocuous, tell much more of what we Americans are. They simply say that we are not a converging and dialoguing group. And he question for Adventists, specifically for American Adventists, is simply this: are we a culturally and anthropologically facilitating, or rather an obstructing and hindering community for human integration? Are we Adventists only a True or also a Healthy community, characterized by its refreshing relational attitudes and capacities? Every healthy religion, as much as every healthy Game, is not a “high-performative” individualistic exercise, but a “slow-inclusive” experience of welcoming other people’s capacity for surprise and innovation.