Jean Baudrillard’s Illusion of the End of History 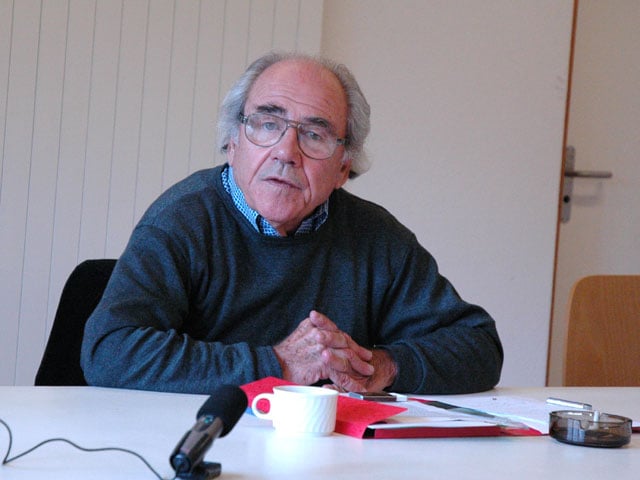 Jean Baudrillard (1929-2007) was one of the most influential French sociologists, philosophers, and post-structuralists. His influence on the philosophical thought of the 20th century is remarkable. Well known by his theory of simulation (and simulacra), he spoke about many different “post-modern” philosophical issues, from the critique and revision of Marxism to problems of consumerism, technology, hyperreality, pataphysics, transparency of evil, and illusion of the end of history. Wrongly associated with postmodernism, Baudrillard never claimed he supported the basic idea of postmodern philosophers — simply because he believed his philosophy transcended categorization and entered simulation itself!

In his major work on meaning of history, The Illusion of the End, Baudrillard, using the illustration from the gravitational pull, first emphasized that “acceleration of modernity, of technology, events, and media, of all exchanges — economic, political and sexual — has propelled us to ‘escape velocity,’ with the result that we have flown free of the referential sphere of the real and history.”[1] This kinetic energy propels every political, historical, and cultural fact into a hyperspace.[2] Within the realm of hyperreality or simulation, there is no meaning, historicity, progress, or purpose. There is no reflection because all concepts are separated from their “critical zone of reference.”[3] “No meaning can withstand acceleration.” “No history can withstand centrifugation of the facts…”

The second illustration Baudrillard uses to describe the complex nature of hyper-history or hyperspace and time is not acceleration or speeding up but slowing down. Elaborating on the principle of slowing down, the vanishing of history, and using again the Bing-bang and nature of light illustrations from physics, he claims “History, meaning, and progress are no more able to reach their escape velocity.” Through political and historical inertia, history came to the point of disappearance and indifference, and therefore, we do not speak about history in the linear sense. There is no end of history, the end is the illusion. At the screen of mass media, there is a short circuit between cause and effect; there is no space and time to think of history regarding a sequence of facts and events or regarding progress and purpose. At the heart of news and events, history slows down and disappears like in the heart of pornography, sexuality disappears, or at the heart of new experimentation, science disappears.[4]

Potential mass/es are the neutralization of history, “they are a potential residue of all history, meaning, and desire.” Thanks to the media, history experiences deceleration, indifference, stupefaction. Baudrillard concludes: “Deep down, one cannot even speak of the end of history here since history will not have time to catch up with its own end. Its effects are accelerating, but its meaning is slowing inexorably…”[5]

Therefore, liberation is a purely artificial process. Fulfilled order of time has no place in this suspense of time. Baudrillard claims that linearity is fictitious and absurd especially for cultures that had no sense of a deferred day of reckoning (Day of Judgment?) and resisted Christianity’s “historical” perspective of salvation/liberation.[6]

Grounded in his theory of simulation and simulacra (hyperreality), history becomes only the chaotic mass of performance and performative demonstration of the effects; the age of history as an objective linear and logical presentation of facts vanishes on the screen of cinema, movies, internet, simulative realities, hyperreality…the Last Judgment is coming too late. “For hyperreality rules out the very occurrence of the Last Judgment or the Apocalypse or the Revolution.”[7] It is the story of the Kafka’s Messiah; he arrives too late, time-lag is unbearable.[8]

If history is not linear then what is it? It is a “paradoxical process of reversal, reversive effect of modernity, which, having reached its speculative limit and extrapolated all its virtual developments, is disintegrating into its simple elements in a catastrophic process of recurrence and turbulence.”[9] The result is retrospective melancholia of living through everything again to correct it; this is remaking a clean history, whitewashing all the abominations; the proliferation of scandals in history makes history itself a scandal…[10]

Baudrillard’s critique of the last great myth of linear history and its interpretation (including its end and purpose) has transformed into his simulative reversal (recycling?) of history. Simulation, in this context, is ultimately defined as “irresistible unfolding, sequencing of things as though they had a meaning when they are governed only by artificial montage and non-meaning.”[11]

My reflection on Baudrillard’s ideas, in general, resulted in my 2003 Ph.D. dissertation, Asystematic Fragmentarism of Baudrillard’s Criticism (University of Belgrade, Philosophy Department), published as The Deconstruction of Baudrillard: The “Unexpected Reversibility of Discourse.”[12] I tried to prove that Baudrillard’s set of dualities or binary oppositions (reality — hyperreality, history — beyond the end of history, etc.) are paradoxical in itself and do not always represent contrasting or opposing concepts but paradoxical compatibility (not either/or but both/and).

The idea in this paper is how to use Baudrillard’s illusion of the end of history as a helpful and corrective tool for too self-confident Christian (Adventist) interpretation of linear history, especially in the 21st century — a century of acceleration, digitalization, genetic screening, simulative realities, artificial intelligence (disappearance of a human being), etc. The Church has something to learn in this regard from Baudrillard’s illusion of the end and distrust of purpose and meaning.

Proliferation/acceleration of Apocalyptic signs and symbols in the traditional Adventist approach to theology, mission, and evangelism produces the expected historical saturation with the meaning of the end and apocalyptic expectations to the point of indifferent non-meaning. With the delay of the end in the simulative era, we are forced to deconstruct history’s meaning and play with residues or pieces of the original Adventist fervor, messianic passion, and desire for the end. Nothing is forgotten, but it is naturally and forcefully recycled in the process of waiting. Opposing this process would be a denial of “reality.” The result is slowing down, stupefaction and indifference of “silent Adventist masses” that do not care or sometimes dare to attach non-meaning to the linear Apocalypse. When everyone speaks about the revisionistic approach to history to save it, we speak about the modernistic proliferation of the obsolete remnants of “truth”/remnant, with non-meaning for the real world.

Regarding expectations, we could not catch up with the idea of the Kafka’s Messiah or at least some type of this “disappointing” Messiah. The end has passed us, and we are left in the void of indifference and empty expectations with non-meaning. We haven’t realized that the Kingdom of God has a surprising, unexpected, recurring, mystical and non-linear dimension that penetrates infinitesimally, and that the real world and our mind make an impact in real, not sublime heavenly humanity.

In the virtual world of non-meaning (in rational, cultural, historical sense), we failed to represent and live Christ “virtually” as a potent image of new potential meaning for the “next generation.” Linear Christ has failed us, and we did not recognize his transfiguration into a “simulative” Christ who follows us even into the hyperreality. We expected Him on the front door of apocalyptic reality as projected by the charts; he surprised us at the back door of the simulative apocalypse to reach us wherever we are (in front of the screen, media, news).

When history itself becomes its own dustbin (like our planet),[13] we fail to remove our own garbage from the history in which we choke. We should recycle the meaning of history to live at least some of its meanings and save it. We passed the point of rehabilitation and reanimation; we need a new sense of recycled Adventist history in which Christ creates “all-new” not in linear apocalyptic expectation but in the reality of hyperreality even now and here. Spinning in endless recurrence “with Him” is better than the false anticipation of the end “without Him.”

Aleksandar S. Santrac, DPhil, PhD, is Professor of Ethics, Philosophy, and Religion and Chair of the Religion and Philosophy Department at Washington Adventist University in Takoma Park, MD. He is also Extraordinary Professor of Dogmatics and Dogma and Church History at North-West University in South Africa and Tutor for Graduate Studies in Ethics and Dogmatics at Greenwich School of Theology, UK.