How Healthy is Adventist Hermeneutics? The Hypotrophy of the Interpreted Reality (Part 6)

How Healthy is Adventist Hermeneutics? The Hypotrophy of the Interpreted Reality (Part 6) 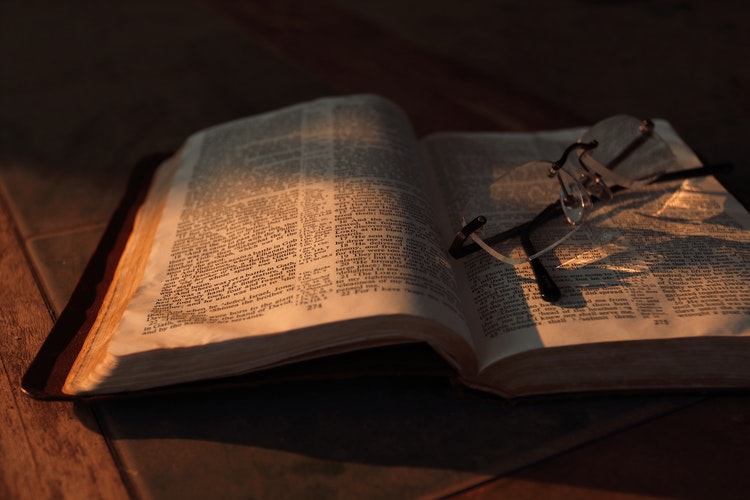 Just as eating is not only a pleasure but also includes a long list of disorders, Bible reading is not only a blessing but unfortunately also includes a long list of hermeneutical anomalies, deviations and even pathologies. In this series of articles on Hermeneutics and Adventism I have classified these anomalies in two big groups. On one hand are various forms of “Structural anomalies” (articles I-IV). These are irregularities which imply a disproportion, deformation or a structural amputation of the Hermeneutic Circle. On the other hand there is a second group of anomalies I called “Functional anomalies”.  These are irregularities which don’t necessarily imply important structural imbalances but which nevertheless undermine the interpretation process by introducing operative short-circuits and unilateral applications of the Hermeneutic Circle (article V). Between Structural and Functional anomalies there is the same parallelism and contrast that exists in medicine between Anatomical and Physiological disorders. The first concerns disproportion in the structure and architecture, and the second implies imbalance in the practical operations and strategies of reading and interpreting.

To the Functional Anomalies belongs what we called, in last month’s article, “Adventist Dysfunctional-Hypertrophic Ecclesiological Positivism” – which is a hermeneutical dysfunction because it is rooted and conditioned by an anomalous reading of the Bible. It consists of an excessive Church presence and rigidity in conditioning our personal Biblical reading, and in the articulation of its correspondent religious meaning. But it exists together with its counterpart and opposite anomaly that I will call the “Adventist Dysfunctional-Hypotrophic sense of External Reality”. Hypotrophy is a medical term meaning: a degeneration of an organ or tissue caused by a loss of cells. And Adventism too often works with a poor understanding of the socio-cultural reality which surrounds it, considering it irrelevant for its own “identity” as much as its own “mission”. In this sense Adventism erroneously thinks of itself as a culturally aseptic community. We are convinced that what we are and do as Adventists comes directly by revelation and not also by cultural and historical interaction. Cultural interaction undermines and diminishes the pure essence of our spiritual identity. That’s completely unbiblical yet we sell it as the essence of our Christian fidelity to the Bible.

So why speak of Hermeneutical Pathologies at all? It could appear as too drastic terminology. But it’s not enough to speak of hermeneutical dysfunctions. The term pathology is unfortunately necessary and suitable because hermeneutical technical dysfunctions tend in time to become radical, persistent and damaging modes of interpretation, for at least three reasons. First, because pathologies – physical or cultural – are characterized by being systemic, not merely sectorial. And that’s precisely what happens in hermeneutics. Adventist Hermeneutics, as any other, influences and conditions the whole of Adventism, not just some peripheral dimensions of a faith experience. Second, because physical or cultural pathologies are characterized by being passive as well as active. They are in fact suffered, not only chosen. And the effects and implications of a particular hermeneutical stance are very often suffered helplessly by well-intentioned believers. Third, because pathologies, physical or cultural, are at some point characterized as unaware and unsuspected. Most of the time believers – Adventist or not – are not aware of the type of hermeneutics they are using and even less of its eventual damaging effects. For this reason it is very difficult to produce a positive change in the Christian experience because it is difficult to modify the underlying unaware and implicit hermeneutics.

Is it possible to have more than one pathology at the same time? Yes, and currently visible in medicine as well as the religious experience. But it’s less evident to possess or cultivate the capacity to perceive the hidden correlation, convergence, synergy and mutual conditioning of pathologies among them. It’s one problem to have a single dysfunction. It’s obviously more complicated to have many. And it’s even more challenging to work toward healing from a whole constellation of mutually entangled and embedded pathologies. That’s actually what happens with Adventism. We have a diagnosis of a plural-hermeneutical-pathology. Our praised pragmatism has helped but also harmed us. Our missiological compulsivism and our ethical pragmatism has made it possible for us to accumulate structural and dysfunctional hermeneutical anomalies. Even more, our anomalies have managed to support and condition each other negatively, increasing the degree of dysfunction. Our “Hypertrophic Ecclesiological Positivism” doesn’t stand alone. It is symbiotically entwined with its twin sister: our “hypotrophic sense of external reality”. These two dysfunctions mutually condition and nourish themselves, and both are generated and facilitated by our reading of the Bible. So they are both Bible-generated. But let’s now briefly consider the form and genesis of our “hypotrophic sense of external reality”.

We have serious difficulties in accepting our own historical time and the implications of this fact. Thus we are cultural and religious dualists. Faith and socio-cultural conditions can’t coexist together. In doing this we are followers of Tertulian, who said: “What has Jerusalem to do with Athens, the Church with the Academy?” This cultural dualism pushes us, on one side, to undervalue the effects of culture on our identity, and on the other side to overlook the potentiality and the opportunities God himself has put in every culture to amplify the meaning and reach of the faith-experience. We try to live as if we were in apostolic times, committing two raw mistakes. Excessively over-idealizing apostolic times and naively undervaluing the conditioning our own time has on us. Nobody can escape his/her own time. And it is not a sin to be born into, and belong to, a particular historical time. This is what Incarnation really means. To be modern or post-modern is just a fact of being historical, and by no means can become an existential or cultural handicap. We firmly believe that our identity can’t and must not be modeled by a particular culture because it was given by God alone and thus is abstractly universal. Here resides both the strength and weakness of Adventism. And this radical religious a-culturalism finds expression in our typical primary and secondary narcissism.

Narcissism emerges when external reality is fundamentally denied by reducing and identifying  it with one’s own self. Primary narcissism though can partially be physiological and somehow even necessary because it is the natural way a dependent being, as a baby, has to deal with rude outside reality – starting with his or her own body. Every process of personal growth and development points toward overcoming this narcissism and opening up the individual to a true and honest relation with external reality – in which in a mature person is an autonomous entity. But it happens sometimes that, after reaching personal autonomy, an individual is afraid of external reality for various reasons. Then, with an intent toward protection, he or she experiences an involution – a kind of psychological regression where he/she denies the hurting reality outside and identifies with it internally. This way, the suffering is dismantled but by paying a big price – escaping from reality. This is called “secondary narcissism”. And what happens on an individual level can happen also on a community level. In a parallel way we could say that a kind of “primary community-like narcissism” could be partially physiological and part of a normal process of community building. But when a cultural or religious community is no longer living in its initial steps of formation, the identification of reality with the defense of its own identity (presupposing that this is the only reality that matters), causes us to enter into a social pathology that the social analyst Elena Pulcini (University of Florence), calls “Endogamous Communitarianism”. And this represents a real temptation for cultural and religious groups that feel themselves besieged by what they see as an external, deviant and threatening reality.

This typical Adventist obsession to escape reality by saying that true reality is what Adventism is, and what others are is necessarily a deviation – is clearly a sublimation. It expresses a kind of double myopia. It prevents us from seeing ourselves as we really are, but it also pushes us to see others and external reality as domesticated by our own doctrinal reductionism, and not as they really are.  This fact represents a big religious and cultural problem. But in contrast to the Sociological and Historical Narcissism of Catholicism, ours is a thoroughly Biblical Narcissism. In this sense our Narcissism is more dangerous because it pretends to have a direct divine/biblical endorsement – above any critical consideration. Based on this we have created a “narcissistic chain” made not only of a narcissistic ecclesiology and a narcissistic ethics but, more fundamentally, we have made of the Bible itself a solipsistic book without interaction with human reality. Our cultural and ecclesiological narcissism is just an extension of our more fundamental Biblical Narcissism.

Our “A-cultural Bible-based Spiritual Narcissism” appears as a paradoxical expression of a hypotrophic disorder which, as noted above, in medicine involves an organ thinning and becoming lighter. But a cultural “lighter” and an exclusively spiritual church doesn’t necessarily mean a better church. A hypotrophic body is lighter but also dysfunctional. It may appear spiritually pure, but nearly useless in the end because it has become too proud to “contaminate” itself with the common reality of what we are. That is, a humanity – outside and inside the church – made of existential uncertainty, sexual disproportion, ethical unilateralism, virtue compulsivism, emotional illiteracy, ecological indifference, cultural ethnocentrism, religious purism and spiritual escapism. All situations which paradoxically threaten a narcissistic church because it simply projects them as “outside” and doesn’t recognize them as its own. Overlooking or minimizing the complexity and value of external reality ends up in diminishing, forgetting and mutilating ourselves because we just are just the extension of that external reality – coated with some hopefully decent Adventist dress. But the necessary and perhaps noble Adventist dresses don’t make us ontologically different from others, and even less extraterrestrial. The reality we need to work with, as much as the Bible itself, is not an Adventist reality but the actual reality that exists outside and is common to all humans. Of this reality we Adventists only offer an interpretation, but by no means an alternate reality. And this reality, even if contradictory in itself, is certainly noble because is loved by God who, for that reality, gave his only begotten Son. A true reading of the Bible doesn’t and can’t detach us from that reality but rather must bring us nearer to it. It’s not the Adventist Bible-sublimated-reality of some fanatics that we need to defend, but the common reality of us all. That common space belonging to all humanity that the true Bible has made its own.