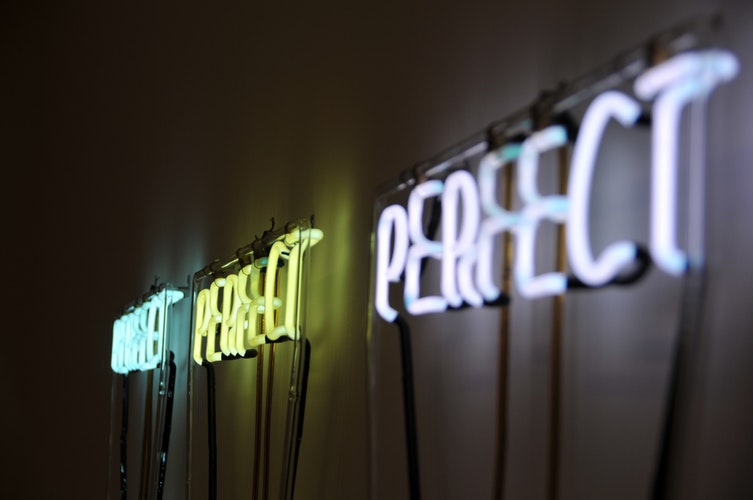 Which of the following random statements would an average Adventist consider problematic?

The first two observations would likely be met with an indifferent shrug. The assertion that LGT has made serious inroads into contemporary Adventist conservatism, especially within the leadership ranks, is no longer deniable or shocking. It is the emerging picture of LGT “talking points” in the pages of the ASSSG that is generating attention.

Generally, the Sabbath School (SS) lessons are written by “principal contributors.” These experts often write their lessons years before they are published. In normal times that would mitigate against manipulation. But these are not normal times because it is now common for approved manuscripts to go unpublished for five years or more. Couple this with not knowing if what was “approved” is what gets published, so lesson authors have reason to demur.

Increasingly there are justified reasons for concern. The fluidity of publication dates and loss of writers’ control over final products have led to suspicions that the quarterly lessons, and the process of creating them, are being exploited for ideological gain. Last fall, when it came out that significant changes were made to Ranko Stefanovic’s lessons on Revelations by a few unidentified individuals, many were disturbed. But when we learned that those changes were made to align with a factional viewpoint, after the manuscript had been approved and sent to the printers, it served as the latest reminder of the blatant steps taken behind the scenes to skew church orthodoxy.

There has been murmuring by some recent lesson authors who complain that, due to heavy-handed content editing, they could not recognize key portions of their own writings. So I understand and sympathize with contributors who find themselves in the unenviable position of having to take ownership of doctrinal positions they did not author, and might reject.

Over the last several years GC leadership has made what some consider to be lip-service public pronouncements about unity, while at the same time advancing policies that have polarized the church. The SS lessons have historically provided a contemporaneous platform for the whole church to study the Bible and the church’s doctrines. The theme for last quarter’s SS study was Unity, which seemed prescient considering the unity challenges our church has experienced since San Antonio.

During my preparation to teach the week 12 lesson on “Church Organization and Unity,” I was struck by two statements. The first, on Tuesday, contended that the church preserves unity by “keeping [our] doctrines pure.” The next day, the nexus between purity, church preservation and discipline was cemented by the following statement: “Church discipline centers on two important areas: preserving purity of doctrine and preserving purity of church life and practice.” (Italics supplied) I am not a betting man, but if I were, I would wager that the purity statements quoted above did not originate with the lesson author, Denis Fortin. I don’t claim to know Dr Fortin well, but I have read some of his work and would be surprised if he shares these sentiments.

In the two statements, the concerning words are pure and purity. These words, used in the context of doctrine and lifestyle, are not innocuous. The words are used intentionally because they evoke self-determinism and mastery. Last Generation Theology proponents maintain that Christ is waiting on a few people in the church to attain a sinless state where they no longer need Christ’s intercession. It is only when these few attain sinlessness that Christ’s return would be triggered. For them the proof that they have attained that state is measured by the purity of their “beliefs” and “lifestyle.”

The church should pay attention to these teachings because we’ve been here before. The LGT emphasis on purity harkens back to our pre-1888 flirtation with salvation being possible through perfect obedience to the moral law. After 1888, the church seemed on a better path, as we recognized that “all our righteousness is like filthy rags” which only Christ’s sacrificial robe could cover. But here we go again, re-litigating the works and faith battles of yesteryear.

An insistence on doctrinal purity manifests in disavowing alternative interpretations of the Bible or our doctrines. Doctrinal purists in the church define our beliefs in such detail and specificity as to close all “loopholes” that allow other understandings. The 2010 re-wording of our Creation dogma in Fundamental Belief #6 is an excellent example of this approach. After 2010, we are limited to the understanding that the universe was created “in a recent [euphemism for 6,000 years] literal six-days.” If this restrictive imagination of beginnings cause some to feel squeezed out of the church, that only proves the LGT point that those leaving were not pure enough.

When the purity test is about lifestyle, advocates emphasize tangibles like dress codes – especially the absence of jewelry, but mostly as applied to women – and food. Men could sport the most expensive cuff links without ruffling any feathers. But a woman wearing the cheapest earrings? That’s a sin. As to our food choices, Leviticus 11 is by no means enough. Nor is it enough to be a garden variety vegetarian. The gold standard is veganism.

But purity, whether in doctrine or lifestyle, is a “dog whistle” LGT advocates sound to mark doctrinal borders. What LGT supporters and hard-core conservatives are really getting at, when they prescribe purity as standard, is an attempt to narrow the Adventist spectrum. Their doctrinal goal is biblical literalism. As such, they see such books as early Genesis and Job only through that prism.

These purists are apt to declare inerrancy in both scriptures and Ellen G White (EGW). They insist, with zealous conviction, that Joshua, for example, literally “stopped” the sun’s movement because the Bible writer says so, unmindful or unconcerned about the catastrophic consequences in our cosmos if the sun, and by extension our earth, were to stop its orbit around the Milky Way Galaxy even for a second. They generally endorse a verbal view of inspiration and are reluctant to concede that both biblical writers and EGW explain phenomena according to the general understandings of their times.

Genesis’ writer(s) describe(s) a cosmology with a solid dome firmament above the earth separating the waters below and above. We now know, based on accumulated knowledge and experience, that this conception is wrong. That biblical writers sometimes got it empirically wrong does not make them “uninspired,” it just means they reflected the common observations of their era, understandings we can now update. Future generations, armed with even better insight, would correct what we get wrong in our day. Biblical literalists would rather that we make believe that there is a physical ceiling above our heads than acknowledge that the Genesis description is non-literal.

Why should we reject the purity doctrine? If I was limited to a single sentence answer, it would be this: The purity doctrine disavows the cross and diminishes us. But more than that, when the goal is purity, we become tribal and think only in terms of the few members of our clan. And even within the clan we find ever more ingenious ways to limit and exclude each other. In this sense, God’s covenanted people have always misunderstood their mission. The Israelites made it wholly about them, overlooking the fact that in the original covenant with Abram, his descendants were to be the channel through whom all the nations would know God. And in our case, we have become so myopic about our “mission” that, in the end we see only us, the Remnant, the Little Flock; up in the mountains, juxtaposed against God’s billions on the other side.

How then should we approach our doctrines and lifestyle message? Instead of viewing them as settled propositions that need protection from outside corruption, we would do better by viewing the 28 FB as ongoing conversations. Do we really want to reach a final solution in our doctrinal understanding? Not this side of heaven. We have too much diversity of thought and experience within our Adventist family to think that any understanding is definitive.

Paul, even while pointing us forward, still made allowance for developmental accessibility and comprehension of knowledge. His “When I was a child” and “when I became old” comparison was never meant to posit longevity as a state of arrival where all questions are answered. We learn from Paul that experience is the best teacher. Therefore we should not aim at purifying our doctrines. Such an exercise, like LGT sinlessness, is unattainable and keeps us in the wilderness. Paul cautions that outside of Christ’s righteous covering, all our best attempts at good-doing amount to nothing. So we should express our beliefs in ways that allow for growth and new insights as we journey on.

Likewise, our approach towards lifestyle choices, such as what we eat or wear, should not be based on purity. These things are not accretive to our salvation. For most people in the wider world such choices are phantom luxuries and, where present, are based on what is locally available. The Sekondi/Takoradi (Ghana) of my upbringing relied disproportionately on seafood, not only as a source of protein but as key barter for communal sustenance. Because of our communities’ proximity to the Atlantic Ocean, fishing was not only the lifeline industry, it was the core staple in our diet. We did not, and still don’t, have enough arable land to cultivate suitable crops that could sustain a viable vegetarian lifestyle. If Adventists in places like Sekondi/Takoradi are “shamed” into adopting vegetarianism or veganism wholesale, unmindful of environmental constraints, they would be courting an avoidable nutritional disaster.

I now live in Michigan where for three months during winter, hardly any edible crops grow in the fields. Yet, everyday throughout winter’s barrenness, the grocery stores are stocked with every imaginable “fresh” farm produce that supports a vegan lifestyle. We in the Western church have resources and advantages that make vegetarianism a seamless feasibility. But we make a mistake to assume that such a lifestyle is currently supportable everywhere on earth. A workable alternative to the purity lifestyle should be the golden mean, an admonishment to moderation in all we do.

So whether in doctrines or lifestyle choices, we should eschew purity positions and aim for edifying discourses that inform, enlighten and build us up as a community. Our goal should be to enlarge God’s tent, not shrink it by insisting on a purity ritual. This calls for inclusive language, often metaphorical, that leaves room for expanded understanding. In doing this we recognize that we are a part of humanity with intersecting destinies. A recognition that demonstrates our solidarity and oneness with all of God’s others, who otherwise would be excluded when our focus is only on us and our naval gazing self-purification.