Eliminate the GC? An Alternate Model

Eliminate the GC? An Alternate Model 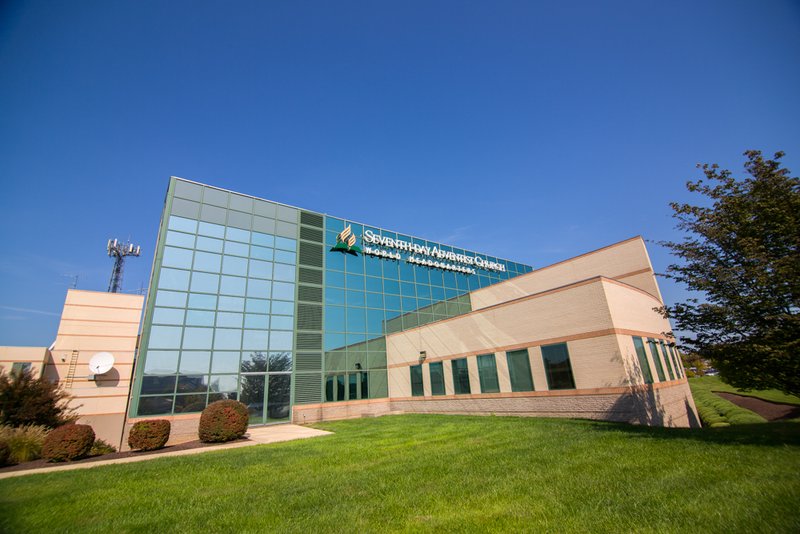 A recent article by Bonne Dwyer, “Money Matters 2019,” highlighted the decision by the North America Division to lower its percentage of tithe sent to the General Conference (GC) and the financial implications to the GC of that decision. In response to that article, some comments were made to eliminate the GC altogether. That is probably a solution too radical to ever get any traction, as appealing as it may sound.

My concerns are primarily three-fold, although others may add to this list. First, the overhead of running all the levels of administration, including the GC, Divisions, Unions, and local Conferences seems excessive when this money could be better spent at the local level for ministry and evangelism. Second, the Adventist church leadership seems on a trajectory to accumulate more and more popish-like powers. Third, the church seems more and more governed by professional administrators and the laity is left more and more out of the decision process. Others might have additional concerns, but those are my top three concerns.

While eliminating the GC, or the Divisions, or the Unions has been bantered about for some time, just eliminating one or more of these organizations, with no alternative model, probably will never get anywhere. My goal in this paper is to propose an actual working model that would address the concerns listed above. 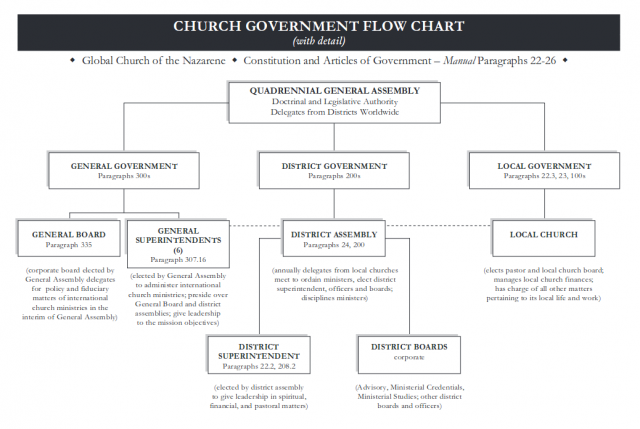 So in contrast to the SDA Church, the General Board is comprised of almost entirely (except for the four designated positions) of lay people and local pastors. The SDA Church, at the General Conference level, is comprised almost exclusively of administrative employees of the denomination. The current structure seems to leave the Executive Committee too beholden to the GC President and contributes to the authoritarian trajectory of the denomination. The Nazarene Church with its General Board with almost exclusive local pastors and lay members would put the decision making back in the hands of the people instead of a professional administrative team far removed from the issues and challenges faced by local churches.

If one is interested in more details on their form of government, you could consult the Church Manual for the Nazarene Church. I have only highlighted a few major points that address the issues I noted.

Rather than just tossing out the GC, or the Division, or the Unions and seeing where the pieces fall, I suggest we consider a more streamlined model that is currently working successfully and that has far less administrative control, far less administrative overhead and returns control to the local level. We have an example in the Church of the Nazarene that is working, and has been working for decades.

I recommend for the upcoming General Conference Session in 2020 that:

1. We eliminate the current GC President and Vice Presidents in favor of six Vice Presidents who are one among equals. These Vice Presidents should be selected from people no higher than the Union level. There should be no gender limitation. Lay people should be eligible, not just professional administrators. Efforts should be made to select people who represent education, healthcare, and missions, for example. It would allow representation from different world areas.

2. We elect an Executive Committee with membership drawn from no higher than the local Conference, preferably local pastors and lay people. I would suggest a more manageable size, like that of the Nazarene Church. It could have additional members drawn from healthcare, education, Sabbath School, and missions. Like the Vice Presidents, Executive Committee membership should have no gender limitation.

3) We task the new Vice Presidents and Executive Committee to present a plan to the following GC meeting in 2025 to eliminate the Divisions and Unions and migrate to a more nimble, accountable, efficient organizational structure. There should be annual updates to the membership at each Fall Council on progress towards this goal.

I believe this would address my primary concerns listed above. Would such a transition be without bumps? Certainly not. It would be a learning experience. Fortunately, we have a working model (the Nazarene Church) to look at and people we can consult (leaders in the Nazarene Church denomination). The alternative is the status quo, which will probably eventually result in more division and potentially in a split of the Adventist Church as we know it, with far more traumatic consequences.

Dennis Stevens is a retired electrical engineer living with his wife Eira in the Portland, Oregon area.