A Destructive Kind of Unity 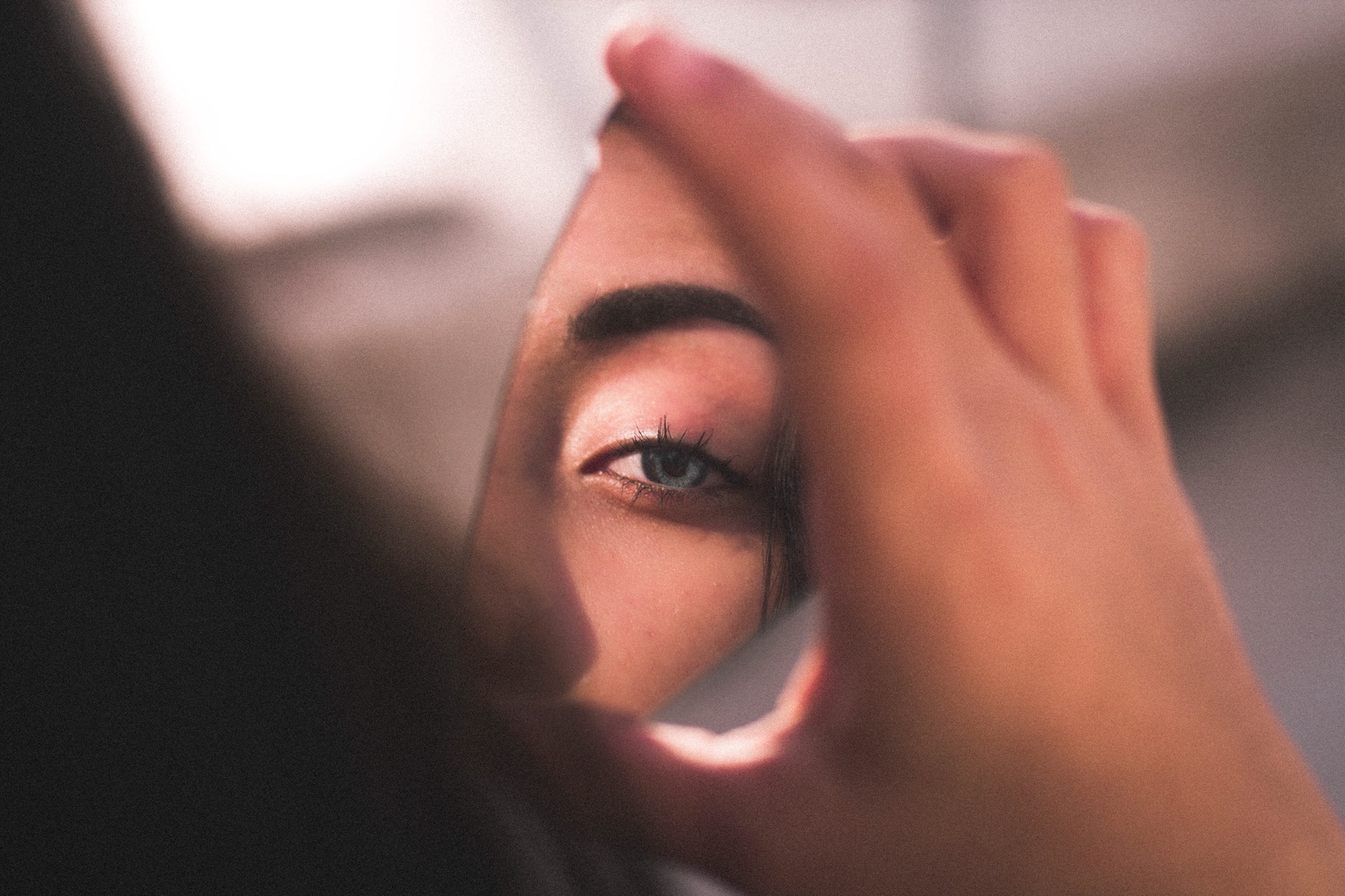 There are different kinds of unity. Some types of unity are positive and beneficial, other types are very destructive. It cannot be assumed that simply invoking the word “unity” to justify a particular action makes that action OK. Unity is not always an unmitigated good. It is imperative therefore that we look behind the word itself to analyze what is actually going on.

The standard for beneficial unity is found in John 17 – “So that they may be one as we are one.” (John 17:11 NIV emphasis supplied). The last part of that sentence, “As we are one,” makes the Trinity itself the measure of whether the unity we are pursuing is legitimate or not, Christian or not. Oneness within the Godhead is based on mutual love and respect. No member of the Godhead is beneath the others in status or standing. All three members are equally valued and honored. That is the acid test. Any call for unity that does not incorporate all of these essential characteristics is illegitimate and false.

Examples in history of destructive unity are all too numerous. The common denominator that runs through the vast majority of them is the fact that unity was achieved through the oppression of one or more groups of people. Such oppression was seen as necessary in order to achieve the common good. The end was viewed as justifying the means. The oppressed were told they should go along and not protest or make waves.

There is a wide range of examples of destructive unity in terms of severity and scope. At the extreme, we could site the days when many Southerners were unified in support of slavery prior to the Civil War. Many males throughout the United States were also unified in denying women the right to vote until the 19th Amendment was ratified in 1920. Early on, many Americans were unified in their support of Senator Joseph McCarthy’s sordid attempt to rid our country of the “Red Menace.” A large percentage of Americans united against Japanese citizens who were denied their civil rights and shipped off to resettlement camps in the mid-west during World War II. History is replete with lesser instances as well.

Once such harmful unity was achieved, leaders in society usually followed a rather predictable process in order to solidify their gains. First they gathered about themselves a group of associates who were dedicated to promoting the leader’s agenda and speaking with only one voice.

Next they vigorously decried any criticism as exaggerated, outrageous, and not applicable, predicting catastrophic results if their critic’s advice was followed. Anyone who pushed back against leadership’s approach was labeled as “anti-unity” and “divisive.” Those who pursued a better way were portrayed as rebels.

Finally, if too many people broke with leadership, a “unity police” was often formed to monitor compliance and bring people back into line.

You would think that churches would shun such an injurious approach but that has not been the case. Extreme examples from the Crusades down through the time of Luther are well known. Less public, less notorious, cases occur all too frequently within denominational life where un-Trinity-like unity is promoted and pursued.

In recent years, we have heard many calls from leadership for unity within the Seventh-day Adventist Church. In light of the pitfalls and dangers that calls for unity can involve, we as members have a responsibility to look behind the rhetoric and examine what kind of unity is being espoused.

We have to ask, “Does it meet the acid test of John 17? Does it measure up to the kind of unity that exists within the Trinity?” Is any group being oppressed in the process?

My own analysis tells me that the kind of unity leaders are currently calling for within Adventism does not measure up at all.

At present, one of the most oppressed classes within the Seventh-day Adventist church is women in North America who have been gifted and called to the ministry by the Holy Spirit but are denied ordination based solely on the fact that they were not born with the officially approved X and Y chromosomes. We are told that not being ordained is the price hundreds of women have to pay in order for the world church to remain unified. They are told that, in exchange, the church is giving them the high honor of suffering for Jesus.

However, once we understand the dynamics and characteristics of destructive unity, this awful situation is not even a close call. It is clearly a glaring violation of the principles Jesus set forth in John 17. It has no resemblance at all to life within the Trinity.

I wonder if any of those who advocate for the current situation have ever sat across from a female pastor and seen tears well up in her eyes as she tells her heart-wrenching story of being marginalized by the very church she loves. I wonder if supporters of the denomination’s current stance have ever heard a female chaplain tell them that she cannot talk about the ordination issue anymore because it is just too painful. I wonder if any of those who voted against ordination for women have imagined what their position would be if it was their own daughter whose dreams of ordination and denominational validation were being shattered. I wonder if they have ever seen a young adult’s chin quiver as they tell how they chose to leave the SDA church because they could not, in good conscience, support a system that is so out of sync with God’s plan.

In my mind, some of the greatest heroes among us today are the many women in pastoral ministry and chaplaincy who humbly go about their God-given task in spite of being given second-class status in relation to their male counterparts.

These dedicated women are often reluctant to speak up because it might be interpreted as self-serving or get them labeled. It is therefore up to the rest of us to no longer simply sit on the sidelines and complain. According to the apostle Paul, if we are truly the Body of Christ, then the suffering of one should be the suffering of all (1 Corinthians 12:26).

This is a time to let our voices be heard, to organize, utilize social-media, write letters, and become an active, persistent, courageous agent for change. Focus your attention especially on lobbying your conference and union executive committee members. Unions, after all, are the ones who hold the power to approve or deny ordination credentials. Also focus on delegates that might be elected from your church to constituency sessions.

Change must come from the people in the pews. Too many denominational leaders have been silenced by the threat of reprisals under the GC’s abhorrent compliance scheme. The leadership landscape is replete with foxholes.

It is time for everyone to call the current denial of ordination what it actually is — emotional and spiritual abuse. The denomination is, in fact, doing what is illegal in secular society!

I personally value unity very highly but not at other people’s expense. Unity that denies some people’s God-given destiny is not worthy of those who call Christ Master. It is a path our denomination should never have considered for a vote, not even for a moment. Knowing the inherent suppression it involved, that type of unity should never have been an option. General Conference leadership that promoted it should now be held to account.

Some other way needed to be found. A very viable alternative was, in fact, presented at the 2015 General Conference Session but was tragically voted down.* That plan should be resurrected and voted as soon as possible.

The ordination issue is about far more than labels. It is about knowing your sense of calling is affirmed and authenticated by the Body of Christ. It is about calling the church at large to live up to its profession of justice and equality. It is about maintaining the credibility of the church in the eyes of non-believers. It is about retaining our young people who are not impressed by the justifications offered for gender inequality. For many young people the church’s majority vote looks a lot like misogyny disguised as God’s will.

It is utterly callous to say that female pastors should not be concerned about being classified as “ordained” because they have the same basic privileges as male pastors (except being president at any denominational level and being able to ordain anyone). Suppose female physicians had the same training, responsibilities and expertise as their male counterparts but were not allowed to be officially classified as “MD’s.” Would you council them to be content? Wouldn’t we expect their male colleagues to rise up en masse and protest in every way possible on their behalf?

So why is such an uprising not occurring right now among our thousands of ordained male pastors on behalf of commissioned female ministers? With so much at stake, why aren’t our ordained pastors joining hands through social media to initiate creative, attention-getting, collective action for change? Words alone will not suffice. It is time to follow Jesus’ activist example in the temple, the same Jesus who overturned tables and scattered a bunch of hypocrites.

Our church needs to be reminded of Martin Luther King Jr.’s famous “I Have A Dream” speech given on the steps of the Lincoln Memorial in 1963. With some slight editing, the following section could easily apply to our own need:

“This is no time to engage in the luxury of cooling off or to take the tranquilizing drug of gradualism. Now is the time to make real the promises of [the Gospel]. Now is the time to rise from the dark and desolate valley of [gender inequality] to the sunlit path of justice.”[1]

[1] Martin Luther King Jr, “I Have A Dream,” August 28, 1963, https://www.americanrhetoric.com/speeches/mlkihaveadream.htm

Photo by Ishmael Sanchez on Pexels