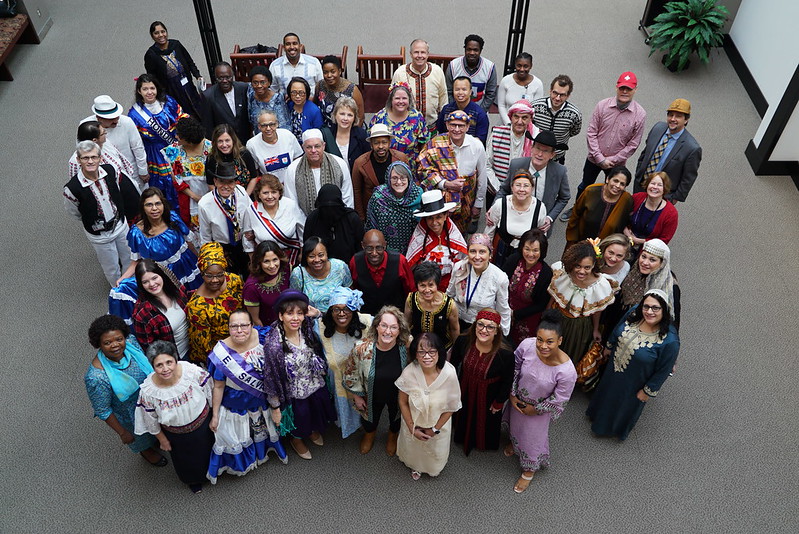 The past couple of weeks have certainly been eventful ones for our church. Thinking about the discussion of women’s ordination that took place and the ramifications of the differences in belief, I was reminded of the religio-political discussion of same-sex marriage in our country and all of its attenuated issues. I have certainly been outspoken in this space about my views on same sex marriage and the negative ramifications of the dominant Christian perspective on this issue. I do not want to rehash those arguments. However, that issue is useful as a backdrop and point of comparison and can help to illuminate what I think is the problem at the root of the religious and political divisions we experience in our nation and our church.

The interesting and tenuous aspect of the democratic experiment is based in the idea that control is not the only major goal of the polity. In addition to having rules and laws that control the actions of people and allow us to live in harmony together, we also are interested in granting freedom to the individual so they might pursue happiness, as the founders said in the Declaration of Independence. In order to do that, we have to allow things that some of us in society disagree with. I am a believer in the rules promulgated in the Bible. Therefore, I believe that fornication is a sin. I do not think that anyone should have sex before marriage. Now I can do one of two things with this principled position. I could try my hardest to criminalize fornication because I am personally offended that fornication occurs in our society. I could do that – except that action is not in line with the principles of the society that we created. Instead of doing that, we as a society believe that even though you do not agree with me about fornication, you have the right to pursue happiness according to the dictates of your conscience. So we will not criminalize fornication because you deserve to live as you decide.

As a society we draw the line when your pursuit of happiness intrudes in a fundamental way on my pursuit. If your pursuit of happiness leads you to harm me, society cannot explain away the violation to my pursuit of happiness. So when it comes to same sex marriage, those who object have a hard time arguing that allowing two people of the same sex to marry somehow hampers their pursuit of happiness within themselves. Despite the fact that those who oppose same-sex marriage would want to prohibit it, we should not let them, because if they can prohibit some people’s freedom to pursue happiness, they can prohibit yours as well. The point is not to license sin or bad behavior. The point is that we have to live in community with one another, despite the fact that we come from different places, have different histories, and live according to different ethical systems. The history of this nation is the history of the expansion of our capability to live in community with one another. And as far as we have to go on that mission, I am proud of this nation’s history in that regard.

Interestingly enough, the history of the Christian church is eerily familiar. The Books from Acts to Revelation (the New Testament with the exception of the Gospels) is the story of a movement that is attempting to build a community. In the same way as the American democratic experiment, we see the church grow and expand in order to accommodate groups that are not the same as the main group that started the church. In Acts 15 the early church was faced with a decision. Would they require people who had a different view of morality to live according to the dictates of the Jewish faith, or would they relax the rules for these Gentiles? The church leadership decided to relax the rules to let the Gentiles to live according to an ethical code that even they disagreed with, in order to protect the community. Our unwillingness to follow the early church’s example continues to confound me. The early church founders had a much clearer “Thus saith the Lord,” on dietary restrictions than we could ever have on the ordination of women, and yet we are the ones who seem so unmovable on a gender issue that is truly of our own making. This is compounded by the fact that, if the events of the last week or so have shown us anything, it has only laid bare that sexism appears to be the motivating factor in this dispute. How unfortunate it is that it would be the leadership of this faith that would find themselves unwilling to allow us to live in community with one another. It seems we suffer from the same problem that plagued the Pharisees – we believe that unity means uniformity and that a community cannot survive unless we all are doing the same thing.

My wish and prayer today for my nation and the church is the same – that we can allow people to take the paths that they choose to take. That people are free to wrestle with their hopes, their dreams, their sins, and their gods, without being made to feel that they somehow are less than human, or less than welcome. My wish and prayer for my nation and my church is that we can finally create a community based on freedom and love, whether provided by a government or God.