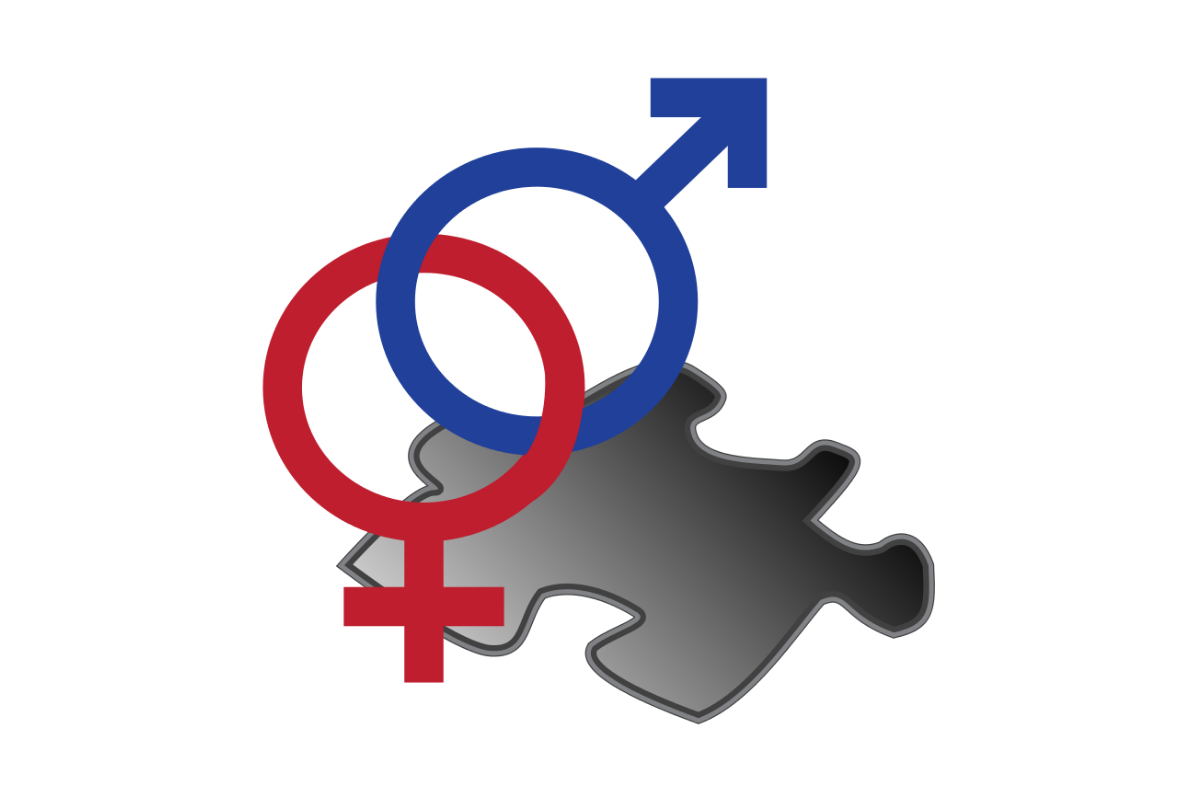 If you have family from the US South, you probably eat or have eaten black eyed peas and collard greens on New Year’s Day. It’s a tradition that goes back generations. My family is no exception to that. And I begrudgingly took part in this ritual for years – not because I particularly cared for it, but because I was being a good sport. You see, while I really like black eyed peas, collards have been on my list of least favorite foods since childhood. I admit: it’s a long list – I’m a picky eater. Nevertheless, my mother would annually cajole me to take a few bites and I dutifully ate greens every January 1 because of perceived familial obligation.

Fast forward to adulthood. Pastoring comes with a lot of challenges, but also a few perks. One benefit being that every church has people with the gift of hospitality who truly enjoy using it. And many times the pastor (especially a single and/or young pastor) is one of the recipients of their desire to use this gift. In each church I’ve pastored, I’ve been blessed to have church members periodically favor me with their appreciation via culinary means. In service of this goal, these saints have had to learn my list of despised foods (which I’ve already mentioned is pretty long). Inevitably there’ll be someone whose specialty is something on that list and they’ll attempt to convince me why I should try it their “special” way. I just hadn’t had X prepared the “right” way. Sometimes I refused because I had already tried the item in question multiple ways and I was firmly convinced that I didn’t want any part of a “new” way. Other times I obliged them, although the new trial did nothing to dissuade my disdain. But once or twice, I ate something that truly changed my mind. Such is my testimony about collards.

What I didn’t know was that there are two drastically different ways of preparing collard greens. Like many southern foods (cornbread, cream of wheat, grits) there is a sweet way and a savory way. And unlike grits, which I hate both ways, I do prefer one method of collard greens over the other. My family – for some reason – intentionally made them savory (read: bitter). And I’ve eaten them at several soul food restaurants with this same bitter preparation. But unbeknownst to me, an extremely popular alternative way to make them is to prepare them “sweet.” Because of the insistence of one of my church members, I got to partake of this epiphany experience. And where I used to tolerate collards, I now actually enjoy them! It’s just that now, I actually know what I like. So I have them that way. And when I eat them now, it’s because I actually like them and not because I’m conforming to a ritual.

Recently a colleague shared a review of the popular Christian book Love and Respect, by Emerson Eggerichs, that was highly critical of the author’s treatment of female sexuality. The reviewer quite astutely noted that the book’s main passages on sex only focused on male sexual fulfillment. The parts pertaining to women were limited mostly to telling women how they should oblige their husband’s sexual needs. This is not the first Christian book to couch sexuality in this way. Perhaps because these subjects are often taught by men, they concentrate on the male perspective. In candid discussions with several male colleagues, many truly did not see a big deal. As far as many Christian men are concerned, their marriages seem happy enough. And adhering to the time-honored advice that “men primarily need respect, admiration and sex from women, while women need love, comfort and talking from men” has proven useful for them. But – this may be shocking to some – not everyone’s preferences can be compartmentalized so uniformly. Sometimes men have low sex drives. Sometimes women have high sex drives. While this may seem obvious to some, it has been taught by prominent presenters that this is “unnatural.” Unsurprisingly, I once heard gender sex drives as the rationale behind why homosexuality is unhealthy: two men would supposedly exhaust themselves with sex whereas two women would experience what the presenter termed “bed death,” because women do not have a natural interest in sex. This is not going to transition into an article about sexual orientation, but that reasoning is faulty in myriad ways. The truth is that women actually like sex too! Blatant objective proof is the fact that women’s sex products make up a multimillion dollar industry. Of course, some Christians may reason that the women’s sexual product industry is fueled by “worldly and ungodly” women, instead of the more plausible idea that perhaps women enjoy sex! Even though the Sexual Revolution happened over 40 years ago, the church is sadly, but not surprisingly, far behind the curve.

The “Madonna and the whore” dichotomy is prevalent in our churches to the extent that women are often shamed about being sexual. Men lust. Women – at least good Christian women – don’t. Now I’m not advocating the entertaining of lustful thoughts, as chastised by Christ. I’m talking about healthy sexual desire that should be a part of flourishing relationships. And yet, I’ve had married women admit their own distress about having, what they had been led to believe were, passions reserved only for men. These wives honestly felt guilty because they were experiencing happiness and actual anticipation for sex with their own husbands.

Women have been taught that their sexuality is defined by their relationship to men. Women are often described as bait for men (Delilah), temptation for men (watch your hems), or balm for men’s sexual desires. Women are rarely discussed as being sexual beings in their own right. Women having their own sexual desires is seen as “bad,” “worldly,” or “unnatural.” Women are taught to participate in sex as part of their familial obligation and wifely duty. Even if that participation is grudgingly. The idea that godly women don’t like sex as much as men has been advanced and accepted by the Christian community for decades. Taught primarily by men.

Instead of reinforcing the idea that wives should have sex to “take one for the team,” let’s reprioritize and advance healthy ideas about sex for both men and women. By definition that requires placing an equal emphasis on women’s sexual needs. I know there exists at least one dear reader who is scandalized by such a thought being taught in Christian circles – oblivious to the hypocrisy that every Christian marriage book has lengthy passages about a wife's duty to meet her husband’s sexual needs.

Now there are some women who may concur with the longstanding interpretations that women merely tolerate sex as opposed to men who enjoy it. It could be that those women truly do have a low sex drive. Or perhaps they have never had it “the right way.” Maybe women’s sexual enjoyment isn’t prioritized in Christian circles because our institutions are led mostly by men. And, because no one is teaching Christian men that women like sex, these men don’t prioritize women’s fulfillment in the bedroom either. So yeah – in those circumstances, it’s obvious why women would see it more as a chore than a delight.

If more men begin taking their wives’ needs into greater consideration, there’s a probability that she will look forward to – and not merely tolerate – physical intimacy. Maybe some women need to have an epiphany experience that takes them to a place where they actually know what they like and participate in sex because they actually enjoy it!

Of course, your personal mileage may vary. No one can be placed neatly into a box based solely on gender. Our tendency to generalize in this way hurts men, too. Men who aren’t virile lust machines are often deemed “broken” and they are often shamed. Secular circles lean into this trope particularly heavily. But Christian circles do, too. So many books are written about men’s struggles to keep their libido in check that you would never think there were men who don’t have that struggle. In fact, whole series have hinged on this belief (Every Man’s Battle, anyone?). Yet there really are men who aren’t perpetually thinking of sex. But they aren’t transparent about their particular sexual barometer because low sex drive is often equated with effeminization. The sooner our churches come to grips with the fact that freeing ourselves from gender stereotypes is not some master conspiracy to induce sinful gender confusion, the healthier people will become. Individuals should feel free to detach themselves from these arbitrary caricatures without fear of reprisal.

Traditional Christian circles – especially conspiracy theory prone ones like Adventism – may find it scary to honestly reevaluate ways in which our traditions surrounding femininity and masculinity have contributed to toxicity. Many are fearful that “creeping compromise” is infiltrating the church. I know that’s one of the main bases for resistance against women in ministry: fear. There is a pervasive anxiety about what “may come next.” And we have to be honest about that. This is the same type of fear that motivated the Jewish Nation to erect fences around the commandments – to keep from getting anywhere close enough to break them. They wanted to be “safe” and not even approach the edge violating God’s word. And that conservative view has a certain honor in it. That’s why it is so attractive to many people who desire to live a God-honoring life. And in that way, the motivation is commendable. However, the strong compulsion to stay close to traditionalism for safety’s sake sets the stage for legalism, and does the exact opposite of that which was intended, by making idols out of traditions and placing the trust of salvation into regulations and not in God. It also robs people of the joys of life that God intended for us to partake in. Famously, the Pharisees had sucked joy out of the Sabbath, prompting Jesus to remind them that the Sabbath was made for humanity and not the other way around. And the extreme consequence of depleting that joy is the stifling of diversity which God built into humanity. Demanding conformity on peripheral things and making those things the main thing – only drives away those who don’t fit into those manmade molds. And to what end? To say we didn’t tolerate anyone breaching the fence around the rule around the regulation around the commandments. Awesome. And that millstone we tie around others’ necks destroys people daily.

That last paragraph about legalism can be applicable in a variety of contexts: our relationship with Sabbath, church bureaucracy, worship, sex, etc. Apply it how you need it. But the more open we are with ourselves about our true fears, the better we will be at attacking them and dismantling their root causes.

Even if you are celibate or you’re interested in broaching these topics with your kids, these are important concepts to confront. Boys who are already bombarded with messages of hyper-masculine tropes from secular culture shouldn’t have them reinforced by misguided Christian tropes. And girls who are already inundated with ideas equating their intrinsic worth to male interest shouldn’t also come to church to hear that her value is directly proportional to how helpful (or harmful) her presence is for men. The way we approach sexuality is glaringly problematic. And continuing to perpetuate these stereotypes only more deeply entrenches them in the Christian community. We can and must do better.