Can We At Least Do This?

Can We At Least Do This? 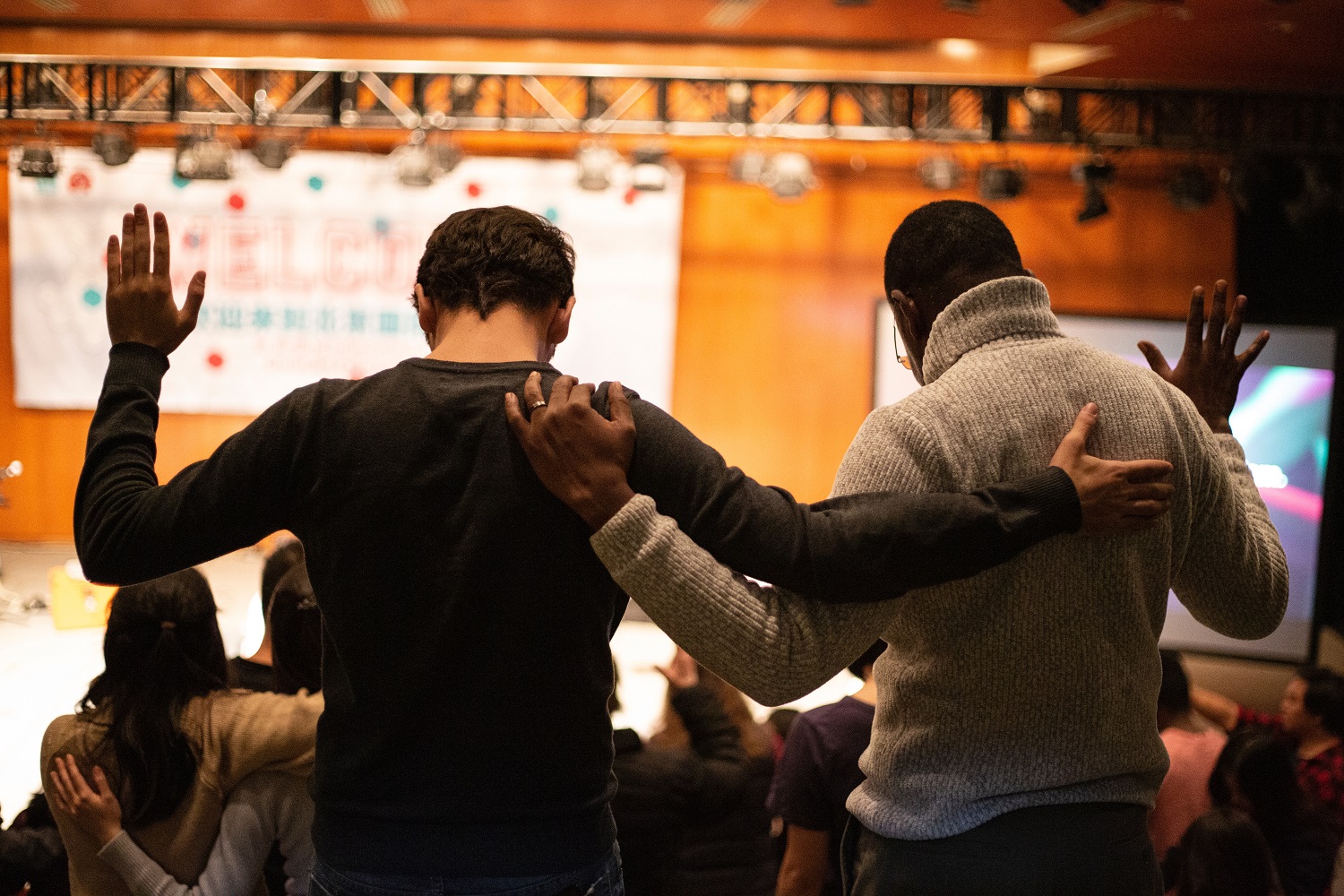 Imagine a first date that goes like this. Fred and Sarah do not know each other very well at all. They met at a county fair at an outdoor concert, got chatting, and decided to do something together the following Sunday.

He picks her up at her apartment and they head to a restaurant downtown for dinner. Which one to choose? She likes Italian, he likes Mexican. They compromise on Chinese. So far so good. At the eatery, they order Spring Rolls, Fried Rice, and Chow Mein and engage in nervous small talk about the weather and displays at the fair.

After fifteen minutes, Fred says, “I’d like for us to get married.”

“What did you say?” Sarah inquires.

“Let’s get married,” he repeats a little slower and more distinctly, with an emphasis on the word “married” for clarity sake.

“You’re kidding right?” she replies, with an incredulous giggle.

“No, not at all. I think it’s the right thing to do. We were made for each other. It doesn’t need to be a big wedding. Maybe fifty or sixty people, outdoors in some garden.”

A pre-arranged violinist appears playing, “Nothing's Gonna Change My Love For You” by George Benson.

Fred kneels down on one knee next to Sarah, pulls out a little box from his pocket and opens it. There is a sparkling diamond wedding ring inside. He holds it up to her and says, “Sarah, would you please marry me?”

She replies, “You’re nuts!” and rushes out of the place.

The truth is that Sarah was abused by her former husband and went through a difficult divorce a number of years ago. She is just now trying to come out of her self-imposed shell and expand her circle of friends. So let’s not even call it a date. Just a get-together, an outing. No mention of marriage. Nothing but good food, an interesting chat, and a few laughs. Uplifting, fun, enjoyable. Period.

My point is to use these two fictional scenarios to try and address the relationship between State and Regional Conferences within Adventism. My experience has been that the conversation between State and Regional Conferences has been too much like dating option #1 above and not enough like option #2. Over the years there has been occasional talk regarding a possible merger. But that is like talking about marriage on a first date.

In marriage, the idea of a wedding is out of the question before there is a lengthy period of simply getting to know each other, understanding each other, and trusting one another. Likewise, any talk of merger between State and Regional Conferences is incredibly frightening because they do not really know each other well. Such talk causes people to run for the exits.

I am a white, Anglo-Saxon, aging, male who has no idea what it is like to be black in North America. But I am also a Christian Seventh-day Adventist who believes we can be friends. We can enrich each other’s lives, do interesting things together, and support one another.

In the past, African American Seventh-day Adventists suffered terrible prejudice and abuse from their white brethren in the church. “Racial discrimination was rife at SDA institutions.”1 For example, decades ago a critically ill African American woman was thrown out of an Adventist hospital because of her race and died soon thereafter in a non-SDA hospital nearby. Black girls were denied admittance to the Washington Sanitarium School of Nurses. And on and on. With such a history of abuse, is it any wonder that Regional Conference leaders are mistrustful and defensive?

It is my sense that Regional Conference leaders feel that mutual cooperation is a dangerous thing because it can lead to merger talk which, in their mind, could undo the big gains they have made from 1945 onward. That very palpable, understandable fear has to be addressed and assuaged before any deeper connection and collaboration can occur.

Because the topic of merger is so anxiety producing, I humbly suggest that we take that topic completely off the table. In order to break the current stalemate, we have to take the elephant of merger out of the room and lead him away into a distant country. Only by taking merger out of the equation in a very visible and convincing way can a safe path to deeper cooperation be opened.

One possible way to remove the elephant is for conference officers from each side to sign a “Pledge of Friendship and Goodwill” that might go something like this:

I pledge to only focus on being close Christian friends and ministering together.

I pledge to not take your land, buildings, equipment, or workers.

I pledge to not take away or diminish any of your power and authority.

I pledge to have no secret agendas.

I pledge to not manipulate you in any way.

I pledge to treat you like I wish to be treated.

If State and Regional Conference officers could take this pledge in front of their pastors and teachers it could go a long way toward opening up interactions between local congregations and schools. Maybe it could create an atmosphere where genuine, in-depth relationships will take root and grow. Maybe it could initiate a New Era of Cooperation free from the fear of people losing their jobs and losing control of resources and leadership opportunities.

For purists and ideologs who see such an approach as anathema, as a surrender of God’s ideals, as a sellout of Christian principles, I ask you, “How is the current situation working for you?”

Who knows where a decade or two of friendship and trust building will take us? At least it gives the Holy Spirit something to work with and no one can fully anticipate what amazing possibilities He might bring about.

By taking merger off the table, we could perhaps now focus on a whole host of other great reasons to get to know each other and minister more together at the leadership, congregational, and personal levels.

Can we at least do this?

I know that when it comes right down to the nitty gritty of initiating such change, many will say, “Why bother?” Well perhaps a New Era of Cooperation can come for the following important reasons:

*For the sake of helping our children and young people know how to value and navigate diversity.

*For the sake of our children who will grow up in a pluralistic society.

*For the sake of young people who are deciding whether or not their denomination has enough credibility regarding issues of justice and equality for them to support it and stay.

*For the sake of enriching church members’ lives by building new friendships with people in another SDA congregation nearby.

*For the sake of each congregation ministering to the spiritual and emotional needs of the other. Complimenting the weaknesses of one with the strengths of the other.

*For the sake of opening up new avenues of thought and understanding.

*For the sake of the community who would benefit greatly from coordinated ministry.

*For the sake of Christ.

My sister called earlier this week all excited. Her interest in our family ancestry lead to the discovery of a second cousin she never knew existed who lives in a neighboring town. “I’ve got to have lunch with her asap!” she exclaimed. Why can’t we be just as excited about meeting brothers and sisters in Christ who worship on the other side of town, with whom we already have so much in common?

In trying to get Regional and State churches to work together, it would be enormously helpful if conferences, unions, and the North American Division offered uniquely generous financial subsidies for projects that are pursued jointly, perhaps doubling or tripling the normal amount. Other types of creative incentives could also be developed in order to make ministering together an exciting, compelling, attractive, high-priority option. Such joint projects should then be widely publicized in order to hopefully spark an ever-widening movement.

Thankfully, some cooperative engagements are already occurring. In addition to those important initiatives, what church members, what pastors, what churches, what teachers, what conference presidents, what department heads, will step up and help move us forward even further?

In this season when we remember the birth of Christ, we can follow His example by becoming incarnated into the world of the State or Regional church and school nearby. In this season of new beginnings, we can chart a new course and bring joy to the Savior’s heart by singing and praying and sharing and serving and laughing heartily with fellow believers just down the road.

Photo by Sam Balye on Unsplash

“The Dissolution of Regional Conferences: Another Perspective” by Donald L. Bedney II, March 20, 2017

A review of the book “Protest & Progress: Black Seventh-day Adventist Leadership and the Push for Parity” by Calvin B. Rock. Reviewed by Danielle M. Barnard, June 28, 2018