Is Public Shaming the Christian Way? 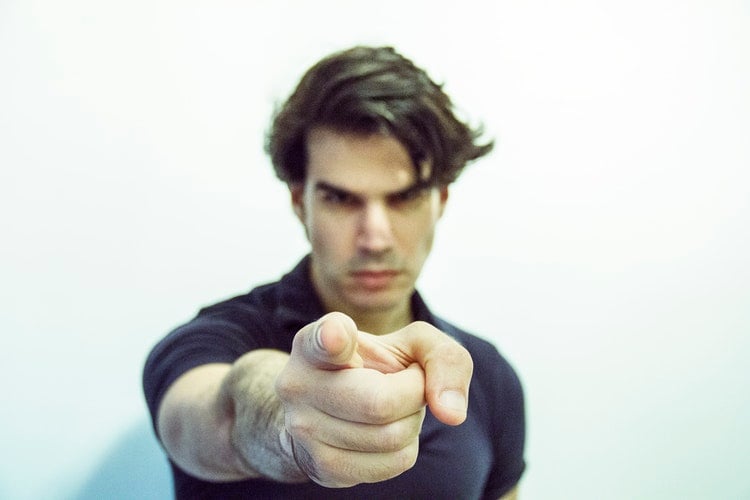 My earliest recollection of her communal shaming ritual goes back to when I was six. She was around my age. We attended the same school, were enrolled in the same first grade class and lived in the same compound. Her name was Adwoa, but no one called her that. Instead we preferred her derisive moniker, Bedwetter.

In the early morning hours, her family, mother leading, would smear her naked body from head to toes with brown and white clay and trot her out. Her urine soaked straw mat was wrapped around her clay-encrusted body with a tight rope as she was paraded around the compounds and small alleys in our village. Her household followed, singing original degrading compositions that cataloged her crime of bedwetting. As the throng shoed her from compound to compound, her hecklers increased with every step. Emboldened by the increasing crowd size, some would throw mud and sand at her.

This ritual was repeated nearly every day because Adwoa could not go a night without wetting her bed. And every morning as the determined community sought unsuccessfully to shame her out of soiling her bed, Adwoa’s only companion seemed to be the ever-present stream of tears that made a path down her mud-pasted face, bearing witness to her shame.

Much later, we would learn that Adwoa’s bed wetting was physiologically conditioned. She had Sickle Cell disease which predisposed those afflicted to bed wetting, even into late adulthood. Sickle Cell patients tend to drink much more than average because hydration minimizes the sickling process and lessens the characteristic crippling joint pain, symptomatic with the disease. Of course, the community was unaware of the underlying biological connection to her bed wetting and, thinking it was a controllable offence, resorted to shaming a six-year-old into abstinence. Through the years, whenever I think of her, I feel shame and guilt for the cruelty done to her.

The beginnings of many disastrous undertakings are rarely portentous. Consider the infamous Salem Witch Trials of 1692. They began innocuously when a few teenage house helpers, in spite, accused a handful of women of witchcraft. Fifteen months later, some 200 would be accused and prosecuted, 19 found guilty and executed by hanging, and five would die in jail awaiting trial. This 300-year-old episode in colonial Massachusetts should serve as a cautionary tale as our SDA church leaders plow headlong into a shaming expedition, potentially unmindful of the pitfalls.

Some would argue that the times are different now and there is little likelihood that any could come to physical harm from these “tribunals.” And certainly no one in our day would be killed for religious infraction, they argue. But for many leaders who have spent all their lives in service to God and church, putting them up for public ridicule and shame could prove fatal, at least to their careers and livelihoods.

Before the 2015 San Antonio vote, Elder Wilson, General Conference (GC) president, publicly pledged to abide by the results. Whether he was conscious of the many implications of this pledge at the time it’s difficult to know, but it could be inferred from the statement that the president recognized that this was a vote of conscience and not of theological belief. This is the only understanding of the statement that seems to make sense and is consistent with the president’s respect for the church’s core beliefs.

It is inconceivable to me that the president would make a similar pledge to abide by the outcome of the vote if it was, for example, going to make Sabbath observance, tithing or the Second Coming, optional propositions. From the conservative Adventist perspective, such scenarios would be ridiculous. And they would be right because some of these positions are foundational and enshrined in our Fundamental Beliefs (FBs).

Aside from our current 28 FBs there are several contested ideas, some with intense ethical implications. These include abortion, the death penalty, proliferation and easy access to assault rifles etc. that church members and officials from different church entities occasionally make public pronouncements about. But the church has not weighed in on these and categorized them as FBs. Consequently, individual church members and leaders of various church entities often take positions on different sides of the same issues, because they fall in the arena of individual conscience.

This is the situation with the church-wide conversation on women’s ordination (WO). Church members, and by extension church constituencies, take different sides in the debate. It is in this context that Elder Wilson could say he would accept whichever decision the delegates make – to include the Divisions in the decision to ordain or not ordain women pastors.

And this is why the Unity Oversight Committee’s proposal, which enjoys the backing of the president’s General Conference Administration Committee (GC ADCOM), and enshrines shaming as official church policy, is profoundly misguided and disappointing. The proposal is a monumental overreach. It envisages a shaming committee on every level of church governance, from the local church up to the GC, with the potential to pit us against each other in our zeal to show we are better Adventists than those in the next pew.

If we need a reminder of how quickly these assignments could ensnare us into playing behavior police, we should look no further than the president’s actions at a meeting of some 360 Adventist theologians and church administrators in Rome, Italy, in June this year.  Just before delivering his Sabbath sermon, Pastor Wilson described a situation which met with his disapproval that morning. Among the throng massing in the auditorium for church service, he had seen two attendees who he declared were “improperly dressed.” By his own reckoning, he wrote down their names, not to talk to them privately about their poor choice of Sabbath wardrobe, but to pray for them.

Granted, he did not mention their names, but he might just as well have done so, because after publicly describing the incidence, all the attendees had to do was look around in search of the culprits. If the GC president could so nonchalantly model this shaming behavior during a Sabbath service, imagine how emboldened the average “oversight” committee member at the local level might be.

But does shaming, especially in matters of conscience, work as corrective? And is it Christian?

The president’s hardening public antipathy against women pastors has been gradual, giving the church time to engage it. But it is difficult to discern what could be fueling this sharp descent into undisguised authoritarianism, of which this shaming phenomenon is an outgrowth. On the surface it seems to be about denying women the same privileged ownership to the ministry that their male counterparts take for granted. But at its core it is about control. This is what the incessant telegraphing to women to “know their place,” and the limits nature has placed them, is all about. What else are we to make of this mass “beardedness” orchestrated by the GC leadership as we make our way to Annual Council in Battle Creek? Is it intended to intimidate and coerce? Or is it a public declaration that the church should go back to its glory days when whiskers ruled, and its bearded leaders could, with impunity, consign its female prophet to the ends of the earth (Australia)?

This is not the first time the church, in its long history, has been tempted to adopt public shaming as a corrective tool. But it is the first we’re called upon to institute it as a standing policy. The early 1980s provided the best opportunity to veer this way. The Davenport scandal was at its height. Many church leaders had succumbed to the allure of easy payoff in this Ponzi scheme costing the church millions of dollars.

It all came to a head in the summer of 1982 when the clamor was greatest to name names, publicly. Considering the injury the scandal had caused the church, a public outing seemed right and the least the church could do to assuage the anger and betrayal the membership felt. Another Wilson was the GC president at the time. Initially, Neal Wilson agreed to make public the names of leaders embroiled in the disgrace, but at the last minute he pulled back, contending that doing so would be embarking on a slippery slope whose end might prove regrettable. Though at the time, the elder Wilson’s decision was unsatisfying to many, I believe the passage of time has shown it was a wise one. The Davenport infraction concerned ethical and moral lapses for which public outing could arguably have been justified. To the contrary, the case involving the Unions’ decisions to do away with a two-tier ordination/commissioning arrangement in favor of a non-discriminatory system, speaks to conscience.

Even the occasional investigative committee, with clearly defined mandates, should be rare. And rarer still anything permanent. History shows that humans have a tendency, when given the opportunity to delve into others’ affairs, to go overboard. When Jesus was confronted by the mob, stones at the ready and eager to exact the death penalty from the woman accused of breaking a moral law, his parting words to her were: “Neither do I condemn thee: go, and sin no more.” In the case of these Union leaders’ refusal to discriminate based on gender, what moral law, or church belief, have they broken for which they should be publicly shamed? Or the sin they should not repeat?