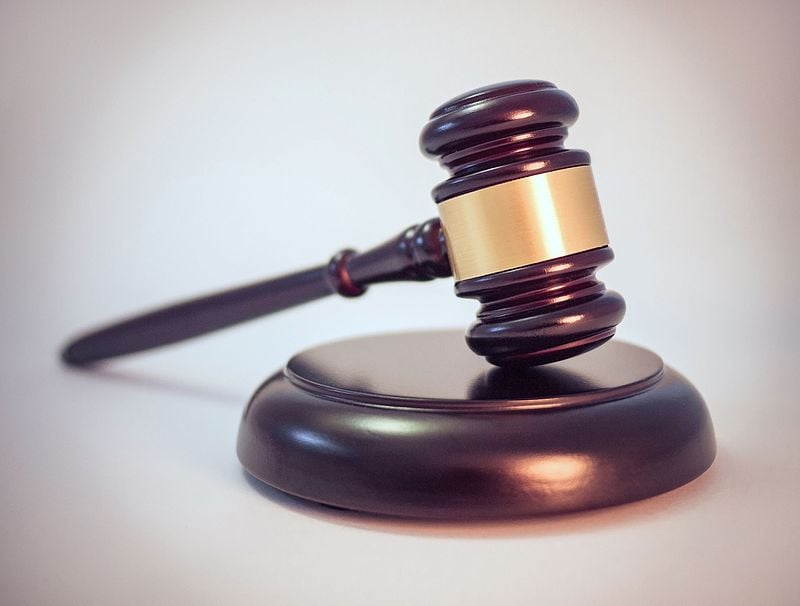 Noncompliance is a loaded word that often stereotypes: painting a picture of indiscipline and recklessness. In healthcare, a patient tagged as “noncompliant” has an uphill climb regaining sympathy from caregivers. It is a term tied to the rule of law, which has historically been used by authority dogmatists as a cudgel to stymie dissent. In law enforcement, where the construct is most evident, the parroting refrain is: “It is the law, and until it is changed, we should follow it.” For law and order enthusiasts, unquestioned adherence to the law is the thing itself. They care less that the law in question might have been a product of manipulation.

Take Jim Crow laws. They were on the books and commanded obedience. So Rosa Parks should have given up her seat in the front and headed to the back where she belonged. Segregation worked because it was legal. Apartheid laws, whose infringement would cost Nelson Mandela 27 years behind bars, had similar legal foundation and targeted specific outcomes.

But one form of noncompliance is “Civil Disobedience” (CD), whose advocates encourage resistance to unjust laws. Backers have a healthy suspicion not of laws, but the motives behind their enactment, and campaign against them is seen as morally flawed. It is not surprising that most prominent proponents of CD are clergy or from religious communities. Mahatma Gandhi’s masterful use of nonviolent CD brought Great Britain to its knees and gained independence for India. The same resistance methods were used by a coalition of church leaders headed by Rev Martin Luther King Jr. Their sit-ins, at places they were legally barred, and subsequent mistreatment, focused the nation’s attention on the injustice of Jim Crow laws and helped pass the 1965 Civil Rights Act.

The Adventist Church does not pass laws. We make policies and have created a “binder” full of them. Occasionally some of our leaders use these policies and the policy creation process to further their parochial goals. This is how Elder Wilson has misused his presidential authority, by creating and manipulating policies which he then uses to advance his narrow agenda and stifle dissent. He seems to have singled out Women’s Ordination (WO) for his special ire. And we gain insight into this policy manipulation in reviewing his attempts to exclude women pastors from the ordination ritual.

There is widespread confusion about the 2015 San Antonio (SA) vote on ordination. To untangle the knots that have nurtured this confusion, we must retrace our steps to the divisions-wide Theology of Ordination Study Committee (TOSC) meetings that preceded SA. On the surface, the TOSC study was about ordination generally, but there was little doubt that the WO subtext was the overriding concern. It was envisaged from the onset that, at the end of the TOSC process, a consensus report including recommendations, would be presented to the delegates. This report was to be the informational basis for a policy statement and vote on a uniform practice on WO worldwide.

But that did not happen because halfway in the process, the GC president, sensing a plurality trending away from his anti-WO position, changed the rules. He decided that the committees would serve only an advisory role, with no power to present its findings or recommendations to the delegates. That is how we ended up with a truncated vote that asked whether individual division executives could allow WO in their fields. It was on this narrow question that SA said – no!

It bears repeating that the SA vote: “Is it acceptable for division executive committees, as they may deem it appropriate in their territories, to make provision for the ordination of women to the gospel ministry, Yes or No?” was not about the general question of ordaining women. The vote said no only to the divisions’ involvement, and not to whether women should be ordained. With that question settled in the negative, the church returned to the negative status quo concerning women’s ordination, which has always been the purview of the Unions. Before SA, some Unions ordained women. After SA, with nothing changed, they continued to ordain both genders to ministry.

It is against this background that President Wilson’s power play politics, which he started at the 2016 Annual Council, should be viewed. In the months leading up to the 2016 Annual Council (AC), he pressed for General Conference (GC) takeover of all Unions that would continue to ordain women. How this would have worked was never explained, since Unions are structurally autonomous in their governance, and their leaders are elected by their constituents and not the GC. So the GC taking over disagreeable Unions would have, in one fell swoop, disenfranchised their constituents. We were saved from the drama that would have ensued with this move when the president was prevailed upon to negotiate with the “recalcitrant” Unions. So the Unity Oversight Committee was formed, with Elder Tom Lemon as chair. He was given one year to try and resolve the differences between the GC and the Unions.

At last year’s AC Elder Lemon reported that the committee was in ongoing amicable discussions with Union leaders in Europe and the United States, but their work was incomplete. He emphasized that he had not sensed any “rebelliousness” by any Union officials he had worked with over the past year, contrary to the GC president’s assertions. Elder Lemon lost his committee chairmanship after the meetings, a move some have tied to his report. It was also at this meeting that a controversial 14-page document that proposed taking “voice and vote” from representatives of Unions who would not accede to Elder Wilson’s wishes, was introduced.

Recall that in 2016, President Wilson threatened a GC takeover of the “disobedient” Unions. In 2017, he tried to muzzle their leaders. This ploy also failed in a 62-38% defeat, in part because Elder Wilson tried to camouflage the WO issue. Instead of Union leaders being penalized for their specific decisions to ordain women ministers, they would now be stripped of their leadership roles for the general transgression of “noncompliance.”

This move proved a miscalculation because the church would learn, at this same gathering, that an astonishing 81% of church entities were out of compliance with some aspects of GC policy. This is widely understood as euphemism for financial impropriety. Suddenly, the pro-WO leaders who were the targets of the original “noncompliance” maneuver, had lots of global company. While this was an unanticipated complication, Elder Wilson would have a year to fix it.

We are now on the verge of the 2018 AC and the central agenda issue is how to politely punish leaders who support women ministers. This would be accomplished through a proposal put forward by the Unity Oversight Committee, which involves shaming leaders into compliance. As though this proposal is not bad enough, we learned a few weeks ago that the president’s General Conference Administrative Committee (GC ADCOM) voted the formation of five compliance review committees populated almost entirely by 41 GC personnel, charged with enforcing a policy that has not even yet been adopted. Either Wilson knows that the AC will endorse the shaming proposal – because he already has the votes – or he is intent on forcing this through by all means necessary.

The committees’ role is poorly defined. For example, if they pronounce you guilty, you have the right to appeal, but your appeal goes to the same body that convicted you in the first place. Likewise, the local compliance committees first have the responsibility to ferret out those who are noncompliant but, if unsuccessful, the GC compliance committee would then do it for them. It’s a heads you win tails I lose proposition. Could this be any more authoritarian? Is there no concern that these committees could become the Adventist equivalent of the Catholic inquisition panels of a long-forgotten era?

The wonder is that there seems to be no leaders around this president who can speak truth to power, or none he will listen to. Or maybe this is not a mystery at all. Remember at the last GC session when he sought and got the go-ahead to reduce the number of GC Vice Presidents? This was done supposedly as a cost saving measure. But then, immediately after the session, he surrounded himself with a retinue of unelected likeminded “special assistants” whose positions are held solely at his discretion and are less likely to disagree with his overall approach. Why would leaders, who wish for job security, rock the boat?

Since it is better to be actors rather than armchair critics, how could we curb this unfortunate autocratic mindset? Some have suggested –  perhaps in jest, but under current conditions perhaps in earnest – that if the roughly 60% of women in the church who write the tithe checks were to forget doing so for a few months, the church male power structure would quickly see a new vision. One that affirms Paul’s concept of the priesthood of all believers. Never underestimate the power of the purse, or of women, if they occasionally choose to wield it.

While this approach may someday be warranted, I think there might be a less nuclear option. From my vantage point as a member of the African and African-American Adventist community, I find within this group a plausible solution to our predicament. It is possible that my proximity ensures a jaundiced view, but I can only begin from my little corner. Others may recognize even better possibilities. The president has been preaching discrimination over the last eight years. So the unique history of blacks as victims of discrimination is a powerful moral position to draw upon. We have experienced, and consequently understand the dehumanizing effects of discrimination more than any other group within the church. Thus we should be the automatic protectors of those marginalized and discriminated against, including female pastors. Unfortunately, either through African leadership’s ardent support of Pastor Wilson’s anti-WO stance, or the loud silence of the North American Division black conference leaders, we have disregarded lessons from our history and sided with those who seek to make discrimination official church policy.

The ordination debate’s core issue is whether discrimination is ever legitimate. The only difference, in the WO context, is that gender and not race is the target. Like skin color, we do not choose our sex, and to limit our service to God because of gender is no different than when blacks were declared second class because of skin color. Of all people, we should have our antennas up whenever any kind of discrimination raises its ugly head, because we are often at the receiving end, and know the hurt.

We should be on the side of our sister victims in this uneven fight. It is especially stinging when we side with discriminators, either by silence or tepid attempts to differentiate between “bad” discrimination, when metered out to us, and “good” discrimination, when women bear the brunt. Because of our history, standing up against discrimination should just be second nature. Having been aided by others on our equality journey, we must be careful not to break the ladder rungs others are using to also climb toward equality.

If only half of the black Adventist leaders meeting at the Battle Creek AC would vote against this anti-women campaign that has infected our GC leadership, we could derail this unjust offensive against women pastors. And we will become a better church for doing so.