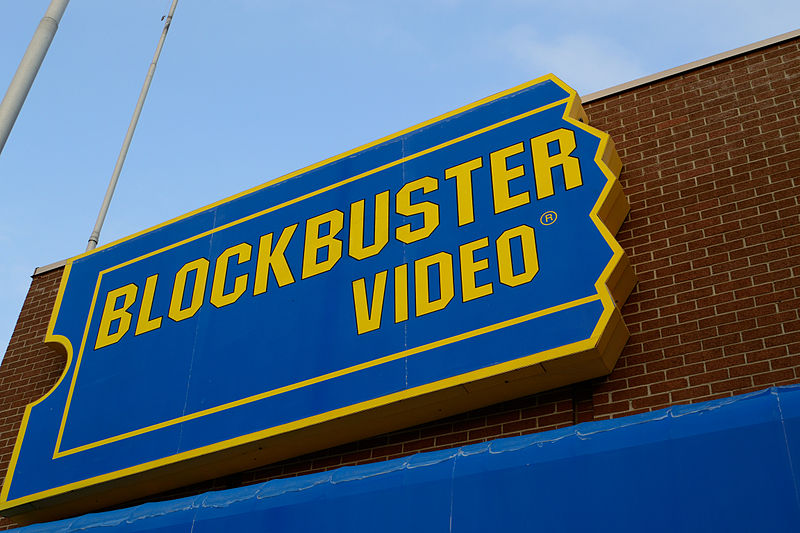 It is the year 2000. You are a member of the leadership team for a large video rental company called Blockbuster and have no idea that the company’s ultimate demise will be sealed by what you unwittingly vote today. You feel a deep sense of pride in how this team has taken a fledgling company from its tenuous beginnings fifteen years ago to become a sprawling giant.

Reed Hastings, the head of a startup called Netflix, has asked to make a short presentation and is invited in around 11:30. Hastings briefs everyone on their operations. Unlike Blockbuster, they have a very different business model. Netflix has no brick and mortar stores. All videos are now sent by mail but they plan on transitioning to online streaming soon.

Hastings, a visionary, has carefully analyzed societal trends and the latest technology. He offers to sell Netflix to Blockbuster for $50 million. Netflix would handle online rentals and Blockbuster would operate the stores.1

Antioco, who views Netflix as a minimal threat, responds that an adjustment like that would upend Blockbuster’s whole operation and cost hundreds of millions. Hastings is voted down and practically laughed out of the room.2

The problem is that the public is rapidly choosing the Netflix model over Blockbuster. By the time Blockbuster comes to its senses, it is too late to catch up.4 Some ill-conceived corporate decisions follow that are made in desperation. In 2010, Blockbuster files for bankruptcy.

By contrast, Netflix adjusts to the times and thrives. Market value in March 2018 equals $130 billion, putting it within shouting distance of Disney. As of October 2018 it has 137 million subscribers worldwide.5

The Seventh-day Adventist Church is currently acting too much like Blockbuster and has its own Netflix to contend with. Like Blockbuster, the leadership doesn’t seem particularly alarmed at present. There has not been any obvious willingness to meet the threat by making major changes. Meanwhile, the danger is growing and intensifying. The tithing system, the financial lifeblood of the church, is particularly vulnerable.

The name of the threat is “Modern Generations.” To be more accurate, it is the Millennials and every generation thereafter. Not everyone, or course, but a rapidly increasing number. The danger is that these generations harbor a very different worldview, or model, from people like my father who served in World War II with the “Greatest Generation.”

My dad’s generation has what might be called, “INSTITUTIONAL LOYALTY.” For them, institutions generally were a good thing, a trusted segment of society. The Federal Government had brought them out of the Great Depression, won the world war, and fostered the prosperity of the 1950s.

Largely because of institutional loyalty, my dad always purchased Chevy cars. To do otherwise would be “disloyal.” He always put his money in the Cape Cod Bank and Trust whether it had the best service and interest rates or not.

Seventh-day Adventists from that generation went to Sabbath School because that was what the denomination said they ought to do. They also gladly sent their tithe to the local conference without grumbling or second-guessing because that was both their perceived privilege and obligation.

In stark contrast, many people from my generation and younger reject institutional loyalty. They are deeply distrustful of institutions, which, in too many cases, have been riddled with political machinations and corruption. Their generation has endured Vietnam, Watergate, Enron, trillion dollar bailouts for profit hungry mega-banks, etc.

The loyalty of these newer generations is to VALUE. For instance, I may purchase from a different automaker each year depending on where I can get the best bang for my buck. If an online bank offers a higher interest rate, I’ll yank my funds out of the Florida Bank and Trust as quickly as I can click “Send.”

Seventh-day Adventists from this younger generation will simply stay home if Sabbath School is not perceived as worthwhile. “Ought to” is not even on the radar.

Charitable donations are a whole different ballgame as well. Because of their loyalty to value, Millennials et al, are very unlikely to blindly ship their precious dollars off to a denominational entity and hope they use them wisely.6 The Philanthropy News Digest concludes, “Millennials — young men and women born between 1979 and 1994 — passionately support causes rather than the institutions working to address them.”7

Modern Generations want to make their own decisions about how every penny is utilized and will only give if they can see direct, tangible results. They don’t perceive such a stance as being disloyal in any way. They are simply being good stewards of that which God has entrusted to them.8 We cannot assume that members of the Modern Generations aren’t generous just because they don’t label donations as tithe and send them through traditional channels.9

It may take ten to twenty more years for the Tsunami of financial disruption to manifest itself in substantial ways. But it is certainly coming, and the denominational leadership will either make the necessary changes now in a planned, orderly way, or it will defensively stay the course and guarantee eventual upheaval. Why will it be so consequential? Because the entire tithing system is largely built on “Institutional Loyalty.”

So what can be done? Here are a few preliminary thoughts:

“Blockbuster was stuck in the past and increasingly ignorant of the way the world was changing around it. They became a dinosaur, with size and lack of speed stopping them from keeping up. Keeping up with Netflix would have meant some hard choices.”10

“Blockbuster is a great example of a business that failed to identify that they were being disrupted — and failed to act in time as a result.”11

“The real reason why Blockbuster lost their HUGE customer base over the years was one thing: Pride. Put simply: when the whirlwinds of change swept through the movie and video industry, Blockbuster Video stuck to their guns.”12

“Blockbuster lost their customers from the greatest form of executive negligence there is: Fear of change.”13

2. Recognize the problem and treat it with the urgency and seriousness that it deserves. We are already years behind.

3. Call laymen who are visionaries down from their seats in the nosebleed section and get them together with other laymen who are strategic planners in the corporate world. Ask them to sketch out options, under the guidance of the Holy Spirit and scripture, for a much more effective, efficient, fair system of denominational finance.

4. Understand that the needs of third world countries cannot be the first consideration when it comes to finances. First priority must be given to the health of the local churches in North America. They are the goose that laid the proverbial golden financial egg. The more robust the local congregation, the more mission fields will benefit. Those who care the most about overseas missions will care the most about the health of the local church in the United States and Canada.

5. Recognize that the deck is currently stacked against the local church budget. Tithe occupies a preeminent place in Adventism. It gets top billing while local offerings play only a supporting role. The higher organization’s portion is portrayed as mandatory while the local congregation’s portion is labeled voluntary. Not paying tithe is portrayed as robbing God while local giving is an individual choice. Use of such imbalanced language inevitably short-changes the local church, which can further alienate Modern Generations who view it as grossly unfair.

6. Stop saying that syphoning off such a large percentage from local churches is not a problem because of the many members who are “potential givers.” Churches cannot spend “potential.”

7. Stop trying to justify the tremendous denominational overhead that employs far too many people in multiple layers of church administration. Such inefficient use of tithe will never find support among those who choose value over blind obedience.

8. Don’t accept the naïve idea that church organizations are immune from societal or generational changes. Churches are made up of people, and people are inevitably influenced by the times in which they live.

9. Develop a clear, compelling vision of what a powerful, dynamic force the church unleashed can become if it is clear-eyed and courageous and let that vision sustain and guide you as the denomination faces some of the most consequential decisions in its history.

2. “A Look Back At Why Blockbuster Really Failed And Why It Didn't Have To,” Greg Satell, Forbes, https://www.forbes.com/sites/gregsatell/2014/09/05/a-look-back-at-why-blockbuster-really-failed-and-why-it-didnt-have-to/#7ba7d64f1d64

9. “Getting Gen Z Primed to Save the World,” The Atlantic, https://www.theatlantic.com/sponsored/allstate/getting-gen-z-primed-to-save-the-world/747/