Irony in the Adventist Compliance Controversy 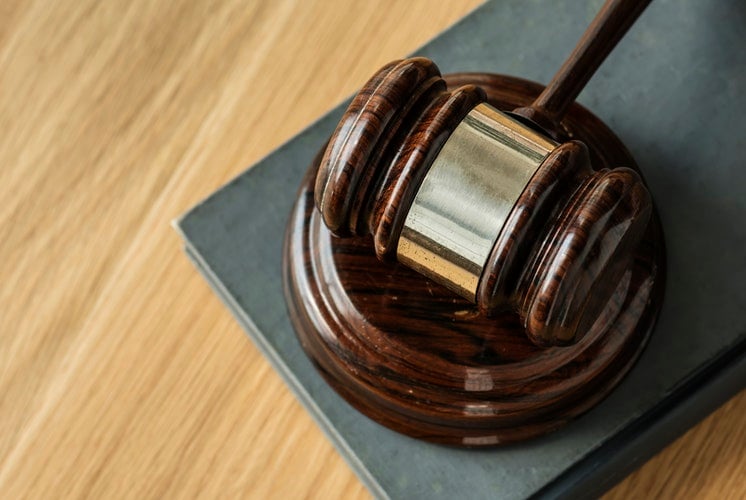 Analogies are useful mechanisms in trying to correctly understand complex situations and determine the proper course of action. The basic idea is to investigate a particular situation to identify both its essential and non-essential characteristics. Then you try to construct a new situation – one that is easier to understand – by retaining the essentials and changing some of the non-essentials to create more (typically moral) clarity. Consequently, in the newly constructed situation, difficulty in understanding is reduced, often because the changes produce a new context that has a well-understood ethical foundation and precedent for action.

Of course, analogies can be (and often are) abused. This happens when essentials and non-essentials are not properly identified and separated. Then, the re-substitution does not clarify; it can instead create a false analogy. And many situations are sufficiently complex that the analysis and separation tasks are not easy. Further, many people, consciously or otherwise, have a vested interest in some position, rather than an ideally objective intent. Then an analogy can become weaponized in service of “spin.”  Consequently, evaluating the legitimacy of the analogy is quite important; otherwise, an invalid conclusion is reached, and an under-supported position can be taken or hardened.

Well, that’s a lot of abstraction. Where am I going with this?

Consider now the controversy presently distressing many in the church – the General Conference’s (GC) “Compliance” process, voted at its October 14, 2018 Annual Council[1]. It outlines a mechanism for identifying and dealing with the non-compliance of various administrative entities, from the local church on up. It is inherently hierarchical and grounded in the idea of law. That is, a society needs to determine how to govern itself in an orderly manner, with the majority deciding a position or action and the minority recognizing the validity of a majority/minority vote, thus submitting to that majority. This is law and order, a concept whose general legitimacy is uncontroversial.

There is no mystery concerning what has generated this perceived need for a compliance process. It is because several Union Conferences have ordained women to ministry, and leadership at the GC level considers this move inappropriate and not in harmony with the majority opinion of the world church. Further, in some minds, the position of women’s equality in ministry is not biblical. Such a view considers that the Bible teaches the idea of “male headship”, a doctrine not presently accepted as an orthodox Adventist belief[2]. Conversely, the non-compliant Unions have dissented on the basis of conscience, undergirded by perceived biblical support. World history demonstrates a consistent pattern of male dominance, and that is reflected in the cultures in which the Bible’s material was generated. But such biblical descriptive material, so the argument goes, does not indicate a normative position favoring headship. Indeed, the Bible is clear about human equality. And this concept of foundational equality does not really need revelatory text to be recognizable. An appeal to any reasonably functional conscience is sufficient.

Thus I contend, in the compliance controversy, the two essential components are present: 1) the legitimate rule of law, and 2) the primacy of conscience. Other details, like the characteristics of the law-issuing organization (the GC) and the “law disobeying” organizations (the Unions) – are incidental.

Now for my analogy – which I am sure will be repugnant for some. Instead of the GC on the “law” side, let us replace it with a secular government. Instead of the Unions representing the “conscience” side, let us replace it with Adventist Sabbath-keepers. Then, for the role of the specific law in question, let us replace the compliance voted action with a governmental legislative action instituting a National Sunday Law. Historically, the importance of choosing conscience over law if/when a secular government instituted some Sunday law is practically baked into the Adventist DNA. Consider, for example, some commentary from Ellen White:

“even in free America, rulers and legislators, in order to secure public favor, will yield to the popular demand for a law enforcing Sunday observance. Liberty of conscience, which has cost so great a sacrifice, will no longer be respected.” —Great Controversy, p. 592.

“When our nation, in its legislative councils, shall enact laws to bind the consciences of men in regard to their religious privileges, enforcing Sunday observance, and bringing oppressive power to bear against those who keep the seventh-day Sabbath, the law of God will, to all intents and purposes, be made void in our land; and national apostasy will be followed by national ruin.”  Review and Herald Dec.18, 1888.

Now there are obvious differences in these two situations – the two sides of my proposed analogy. Degree of punishment is one – but the fact of prospective punishment is found in both contexts. The motives of the “legislators” (“to secure public favor”) are not evidently the same, but I would argue that both these details are non-essential components.

Certainly the GC does not self-identify as an “oppressive power”. However, I suspect the most significant reason some readers would find this proposed analogy to be repugnant is that it is 180 degrees from how Adventists want to view their church. We are supposed to be the good guys. But I would respond by asking each reader to be rigorous in trying to differentiate between essential and non-essential components in the situation. Some discomfort is more likely a consequence of Adventist “patriotism” rather than being able to demonstrate that a false analogy has been created.

It may be that some in leadership – perhaps Ted Wilson – have personal views favoring headship. But until that becomes a normative doctrine, the GC position cannot be wrapped in such theology. It is presently being articulated as a call to unity – because the majority has spoken. But the traditional Adventist scenario concerning Sunday Laws has also sometimes suggested that those law proponents might use unity as an argument to justify their actions.

In the current controversy the GC is acting in the capacity of a government entity with the expectation that a minority should submit to a legitimate voted action. On the other side, the dissenters consistently argue that their unwillingness to comply is based on conscience.  These two components are the essentials. Seriously altering the non-essentials to create a new situation, one perhaps surprising or even disturbing, can be part of the value of an analogy. It can make the essentials stand out in greater clarity. And it is difficult to find a more well-understood conscience vs. law example for Adventists than the expected Sunday Law scenario.

Now, to the extent that the analogy is valid (and I obviously would not write this essay if I thought it was invalid) – it is also incredibly ironic that a story Adventists have told about themselves forever – that we conscience-driven people will someday need to stand firm against a law-giving, legitimate government majority – could be turned on its head with this compliance controversy.

It all comes down to whether you think the analogy is a fair one. And that, crucially, involves you judging between essential and non-essential components in the two situations. Think about it carefully. Try to set aside any positioning you might have – pro or con. The greater the extent to which the analogy holds – the greater the irony. And the more we ought to pause, as a church, and ask ourselves: how far off-track from our core mission have we gotten in all this.

[2] In fact, the Theology of Ordination Study Committee (TOSC) demonstrated in its final report that headship had not won majority support. Also, the SDA Theological Seminary released a 2014 statement that argued against the headship doctrine. See: https://www.scribd.com/doc/316636220/Unique-Headship-of-Christ-Statement-Adventist-Theological-Seminary