How Healthy is Adventist Eschatology? An Anthropological Imbalance (Part 5)

How Healthy is Adventist Eschatology? An Anthropological Imbalance (Part 5) 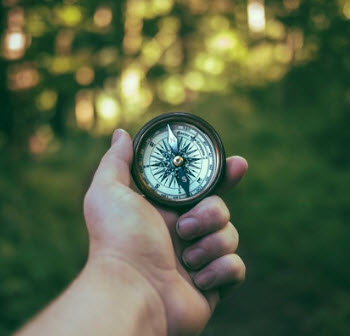 We have been trying to argue, in this series of articles on Eschatology, that many of the recent administrative General Conference initiatives, proposals and implementations (women’s ordination, Unity Document, Board of Ministerial and theological Education’s regulation [BMTE], five Compliance Committees etc.) are not only “procedural” but also strong “theological” events. This is because they have unveiled and implicitly express some Adventist theological imbalances, and for this reason cannot eventually be corrected exclusively on an administrative level. They also require, at bottom, a theological analysis and “reformulation” of our fundamentals.

But that is not happening. Or, to be more precise, it’s happening but in the opposite direction. A theological reformulation doesn’t imply a theological structural modification, and even less a theological rejection of Adventist foundations. Essentially a theological reformulation is a “rewording”. Here we need to understand that there is not a unique way of saying what we believe. And we are not at present using the best formulations. The theological modality we are now using to express what we believe is not helping to solve our administrative dilemmas in a consistent and convincing way. The latest Adventist theological formulations, and their administrative extensions and applications, are separating us far from non-Adventists, but are also splitting our church diffusely from within. The healthiness of a theological formulation is not only given by its “orthodoxy” (exclusive union) but also by its “universality” (inclusive union).

By a defective rewording (reformulation) of what is undoubtedly truth, the biblical eschatology that should be ennobling is instead making us a crumpled and distrustful community. And this with the unwise, even though coherent, contribution of this General Conference Presidency. In fact, to the eschatological and ecclesiological imbalances described in my preceding articles, we need to add here a new Adventist theological imbalance: the anthropological one. This emerging anthropological imbalance is not completely new. But its latest version tends to present itself in a radicalized form. With the help of an unbalanced Eschatology, it ends up as a proposal for a new Adventist prototype: “The coherent End-Time Believer”. Many of our current leaders today try – euphorically, desperately, but uncritically – to fully instantiate this strong emerging anthropological profile. They are convinced of its strengths but essentially unaware of its limits and negative consequences. Let’s proceed by briefly following the genealogical sequence of it.

We could say that Adventist anthropology is positively marked by two specific characteristics: Holism and Voluntarism. First, Holism is probably the flagship of Adventist anthropology. We have since the very beginning denounced and fought against misleading conclusions about anthropological dualism, which tends to disregard the body and overvalue a disembodied spirituality. Instead, we have created an anthropological approach that pays attention to the body as an important catalyst of human existence and religiosity. We have made our own Juvenal’s motto: “Mens sana in corpore sano” (sound mind in a sound body) and have given it a modern interpretation. But we need also to admit that our holism has remained trapped in its original anthropological form. It is in fact an anthropological holism, not an ecological one. And it is limited because it includes just the body in the health equation, but not other important human dimensions like the emotions. In fact, our holism is basically rational and pragmatic.

Second, Voluntarism is an essential trait of our anthropology. Events and life-situations are not a destiny but something we can orient and control with mindful and engaged strategies. This has enabled us to consider sickness, on a bodily level, not as destiny but as something that can be modified. All our preventive approach to medicine and health is based in this presupposition. And this understanding has given our anthropological model an incredible dynamism and capacity for change. But at the same time it has led us to consider health and life as the pure product of accurate and disciplined strategies, not as gifts. Even the noble category of resiliency has been interpreted in ethical and pragmatic terms, as the capacity of resisting and fighting until the end. But resiliency is not a voluntaristic category of fighting at any cost, but rather a witnessing category of acceptance and trust in the value of life, notwithstanding a partial but irreversible loss.

The “apocalyptic turn” of our Eschatology strongly tends to radicalize our Holism by making it too homogeneous and our Voluntarism too mechanistic, contributing to limit them almost exclusively into compactness and instinct.

Adventism has built up, since the very beginning, a radical anthropology of the “coherent person”. With the category of “coherence” it’s affirmed the priority of one’s own substantiality above all externalities. Coherence in fact means fidelity only to one’s own internal essence and convictions, and avoids paying serious attention to any personal or social contextual elements. And this conviction, so diffuse in Adventism, is partly based on a classical quotation of E.G. White, which has become paradigmatic for all Adventists:

“The greatest want of the world is the want of men-- men who will not be bought or sold, men who in their inmost souls are true and honest, men who do not fear to call sin by its right name, men whose conscience is as true to duty as the needle to the pole, men who will stand for the right though the heavens fall.”  (Education, p. 57)

The problem is that our “coherence model”, even though necessary, is insufficient to build up a balanced anthropology. It’s too much dependent on a Kantian, duty-based model. The coherence model should always coexist together, and in tension with, its parallel “correspondence model”, because the validity and truth of what we are and do also depends on our fidelity (correspondence) in response to outside historical circumstances, and not only to ourselves.

The “apocalyptic turn” of our Eschatology strongly tends to radicalize our typical coherence model by making it even more insensitive to external demands. The problem is that the Holy Spirit works from outside as much as from within. Not paying attention to what comes from outside can lead us to overlook these solicitations.

But now there emerges a new anthropological Adventist prototype: “the coherent administrative bureaucrat”. No matter how appropriate and wise the external solicitations and demands may be, for the “coherent bureaucrat”, they only seem like dangers or at best useless distractions. He must just follow the predetermined script of his own conscience, of the Church manual or of his “deformed” Bible. Three idiosyncratic traits seem to characterize today’s Adventist administrative drift.

Ours is a quantitative not a qualitative multilevel organizational structure. The Adventist authority and decision making structure is certainly differentiated, but paradoxically only produces homogeneous and monolithic results. It’s unable to produce internal alternatives. And when it has had the opportunity to produce alternatives, they simply have been renounced. In other words, the catholic “nominal centralism” (Papalism), so much decried in Adventism, is actually functioning through its parallel form – the Adventist “anonymous centralism” (General Conference Presidency). And one characteristic of a centralized institution is to answer external challenges and crises by more centralization.

In order to safeguard the coherence and balance of the internal structure, we see strategic actions, programs and projects becoming immediate reactions. From founding principles to their applications there is minimal reflection. Compulsivism is action without perspective and contemplative deliberation.

The practical and plastic incarnation of this new Adventist anthropological caricature: “The End-Time Coherent Believer”, is its quixotic certainty but also its dramatic and unilateral unawareness. Unfortunately this can presently be seen with more frequency, and was visible in the recent 2018 General Conference annual council.