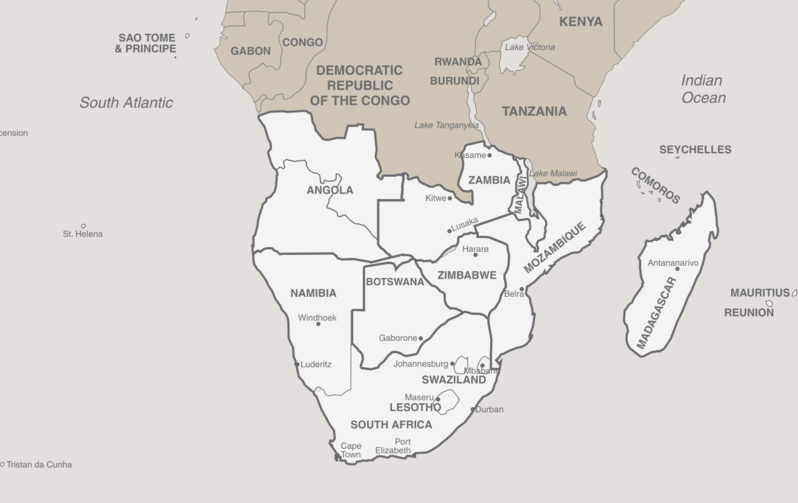 Editor’s Note: The AdventNetwork, a forum of both lay church members and pastors in the Southern Africa Union Conference, has penned an open letter to the General Conference regarding its compliance committee system. The letter follows in its entirety:

Open Letter from Members of AdventNetwork* of Southern Africa

On the General Conference Compliance Committees

Greetings from the Southern Tip of Africa,

Within the plethora of wisdom that the Seventh Day Adventist Church in Southern Africa has deposited over the ages, none is more valuable to the challenges that the current SDA Church faces, than the spirit of collective wisdom.

Collective wisdom is a wisdom that is not centralised in a few individuals and is not a spirit that makes decisions for only the benefit of a few leaders. It has as its focus the spreading of the Gospel to a child of God that has experienced the horrible effects of the Sin problem in the name of Christianity under political and ecclesiastical exclusion.

It is not a wisdom that seeks to police those who are under its care, but rather seeks to educate and enhance the other (who is my brother or sister in Christ) to see the benefit of Wisdom. It is a wisdom that centres itself in the “fear of the Lord” (Psalm 111:10). As a church whose members faced one of the greatest atrocities committed to humanity (Apartheid), and who still live with the ever-present effects of it within our communities, it required and still requires a wisdom not centralised in a few to achieve Unity. A collective wisdom that understands, that educates and that seeks to repair broken relationships between brothers and sisters in Christ from the local church level all the way to the General Conference Elected leadership. It understands the fact that unity cannot be forced but should be nurtured in a forgiving environment reminiscent of Jesus’ work of Salvation (Romans 8:15).

It is with this wisdom gained from a real experience, that we cannot remain silent when the spiritual leaders appointed by the faithful members of the Seventh-Day Adventist church, propose something that is reminiscent of a political tool used to silence our people during the darkest days of our history. As faithful Seventh-Day Adventist, we the AdventNetwork, who love and fear God, and understand His character to be one of unconditional Love, highlight the following with regards to the General Conference Compliance Committee Proposal:

1. The scope of the GC Compliance Committee is not specified and hence it leaves room for manipulation and abuse. Are all policies going to be policed by the five committees or only those that the GC Executive deem important? It also creates a sense of an investigative atmosphere amongst brothers and sisters that are supposed to have a fellowship experience when gathered.

2. Policing a Prophetic Movement — This is a deeper theological concern that centres around God’s leading of His people towards the fulfilment of the eschatological Hope. For the sake of time, we will limit the explanation to the policing of God’s Spirit in conviction as it becomes obsolete in one’s personal experience for the fear of being publicly humiliated by a policing committee. Whereas within the current policy framework there is room for growth, education and learning to take place, all under the guiding influence of a personal God — God the Holy Spirit.

3. Adequacy of current policies to deal with matters of “non-compliance” — It is evident that as a Church we have adequate policies that deals with issues of “non-compliance”. From local church level to the GC. It therefore stands to reason that the problem is not the policies, but those who implement policies. Which in turn means that establishing more committees will only create more issues of non-compliance, as the very ones who are selective are now selecting. It also means that the GC Compliance Committees (GCCC) will need their own Compliance Committees, and so on and so forth. Rather make sure that the current policies are adhered to effectively. This GCCC is in fact creating the very issue that it sets out to avert — disunity. It becomes a self-destructive tool, a self-fulfilling prophecy.

4. Potential for misuse of powers — As members who are aware of issues of misuse of power in the past and present, within the Church’s structures, it needs to be stated that centralising this much power has never benefitted most members, but only those who are left with the power. We hear the evils of the Papacy being preached on a weekly basis, and yet we follow in their footsteps with this proposal. Surely you don’t need a degree in History to see what such centralised power in a church organisation has delivered, to know that this is reminiscent of “Babylon”.

It is with great concern that we notice the heavy handedness that the GC leadership has dealt with this matter.

5. Additional structure of this magnitude requires a GC Business Session — It is also the view of AdventNetwork that such a monumental change to the governance of the SDA church should be left for a GC Business Session to deliberate on. It should not flaunt policy to stop the flaunting of policy. The EXCOM might be the first committee to be investigated by the GCCC.

6. Form follows function — The principle that God has worked on with regards to humanity’s salvation and our part to be played in the salvation of God’s children was and still is: Form-follows-function. This basically means that God would ordain forms (Structures) to achieve the function (Purpose). The SDA Church had major developments in governance (form) during 1860s, 1901, 1913 etc. to name but a few, all of which, when studied, came about as a way of furthering the Gospel message. Somehow taking into consideration all the factors at play within the current climate of the world church, we struggle to see how this form follows function. Instead the form seeks to dictate to the function which is a recipe for further alienation from the preaching of the Gospel.

7. Unity does not mean conformity — this point has been preached time and time again and it is basic. It is something that the Sabbath School Lesson study, a few weeks ago, brought out clearly. Even when an issue as major as circumcision was contentious within the early Christian church, the Holy Spirit led them to agree to disagree and Paul went on preaching it was not necessary as a precondition to Christianity, and the Jews in Judea could continue to practice as a sign of belonging to God (Basically) — yet they were united in the Mission. This truth has also been the central theme to the unity of the church within Southern Africa — unity does not mean conformity. You cannot police unity, but you can police conformity — and when we read Ephesians 4:1-2, the Unity of the Spirit in the bond of peace is best achieve through “humility, gentleness (unselfishness, mildness, meekness), patience, bearing with one another and showing TOLERANCE”.

We have a shared wisdom that does not rely on human effort. God as asked only three things of His children:

It is within this way of life, shared wisdom, that we have grown in a manner that seeks to embrace diversity, cultivate unity, and share the Gospel to every nation, tribe, tongue and people. Therefore, our plea to the GC ADCOM is to listen to a wisdom gained from a painful experience. Listen to the Spirit of Unity in the bond of Peace. Listen to your brothers and sisters in Christ.

Yours in the Master’s service,

Members of the AdventNetwork of Southern Africa

*the AdventNetwork is a forum of both lay church members and pastors from across the Southern Africa Union Conference (in Southern Africa-Indian Ocean Division). The forum engages on church related topical as well as general matters which pertain to the role of the church in society.

Image: a map of the Southern Africa-Indian Ocean Division of Seventh-day Adventists. Courtesy of Adventist.org.