1844 and the Future of Adventism

1844 and the Future of Adventism 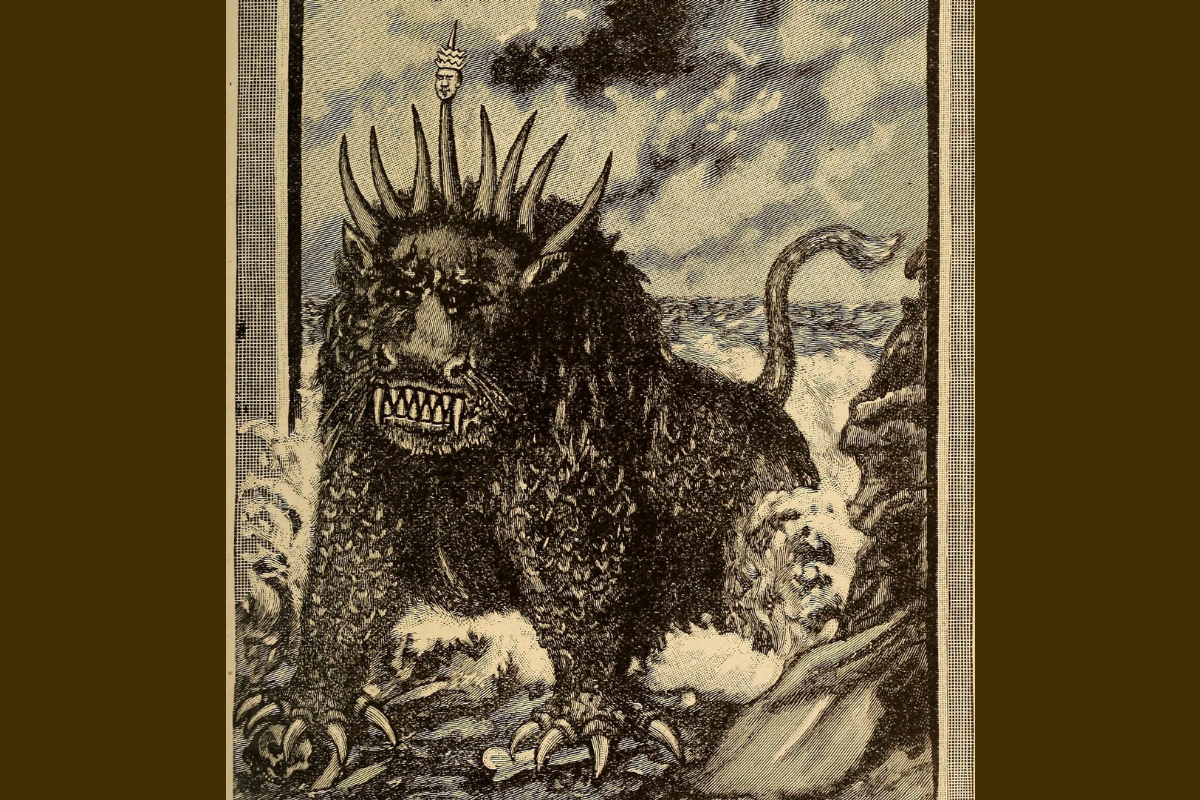 This is the third article in a (somewhat) annual column I write on October 22, 1844. You can read the previous ones here and here.

In these articles, I usually delve briefly into the nuts and bolts of the arguments used to bolster 1844 and then offer a brief reflection. This year, we’ll revisit arguments on Daniel 8 that I discussed in a debate with Clifford Goldstein on Adventist Today.

In the article “A Response to Clifford Goldstein on the ‘Little Horn’ of Daniel 8,” I explore how the Adventist interpretation of the “little horn” as a Roman power (medieval papacy) fails the basic test of biblical hermeneutics.

Previously, I had been more tentative about seeing Antiochus IV Epiphanes as the “little horn” in Daniel 8. I now believe that the textual evidence points to this Seleucid king as the fulfillment of Daniel 8.

I summarize the main arguments below; interested readers should download the full-length article with detailed analysis of these arguments:

1. Daniel 8 deals with events specifically related to the Jews

b. While the animals in Daniel 7 are unclean, Daniel 8 has a ram and a goat drawn from the sanctuary service;

c. The vision culminates with the desecration of the Jewish temple under a certain “little horn” rising from the goat which attacks the “beautiful land,” i.e., Jerusalem;

a. Daniel 8 focuses on the actions of Greece for most of the chapter (15/27 verses);

b. The greatest power in Daniel 8 is the goat with the “great horn”, followed by the ram (Medo-Persia) and then the “little horn”;

e. The “little horn” desecrates the sanctuary in Jerusalem for 2,300 evenings-mornings which contextually refers to the tamîd/daily cycles of temple sacrifices (Daniel 8:13);

f. After a period of roughly 1,150 daily cycles, the sanctuary would be restored / and reconsecrated (2,300 daily cycles could be meant as well)

3. The “time of the end” in Daniel 8 is not the eschatological end

b. The unique expression qets hayamim, “end of days” occurs only in Daniel 12:13 and points to the eschatological end (Daniel’s resurrection)

4. Rome does not meet the requirements of Daniel 8

a. Only Medo-Persia and Greece are named;

b. Rome does not become a world power as a “little horn” but as a massive kingdom;

c. When Rome defeated Greece in 64 BC, it did not desecrate the Jewish temple but allowed the Jews to worship peacefully;

d. The Jews rebel politically against Rome and Jerusalem is destroyed in 70 CE;

e. After Rome destroyed the temple in Jerusalem (Matt 24:15), it was never restored as required by Daniel 8:14

In sum, the traditional understanding of papal Rome in Daniel 8 is untenable. The chapter clearly focuses on how the Jews suffered under Greece and its descendants for a short period of time after which the temple was restored and re-consecrated.

Scholars unanimously interpret the desecrations of Antiochus IV Epiphanes in the second century BC as fulfilling the prophecy of Daniel 8. Even the Jews understood it so as we read in the book of Maccabees. Because I hold to a 6th century BC date for Daniel, I believe that the attacks by Antiochus IV Epiphanes on the Jews represent one of the most spectacular fulfillments of Daniel’s prophecies.

Despite the compelling textual and historical evidence for a Greek “little horn,” Adventists are virtually isolated in seeing Rome in Daniel 8. Why is this so important for us? Because accepting that Daniel 8 predicts a 2nd century BC, Greek “little horn” instead of Rome essentially destroys Adventism’s “prophetic” rise at the end of a 2,300-year period in 1844.

More recently, faced with the textual difficulties of defending the 1844 biblically or perhaps a lack of interest in the biblical languages, some “systematic theologians” have argued that 1844 and the Investigative Judgment (IJ) can be defended, just as long as we suspend the need to do serious exegesis and focus on how the theological method of the Adventist pioneers makes perfect sense, never mind that pesky biblical text.

Proponents of this approach call exegesis “amateurish” in favor of more sophisticated understanding of Adventist theology based on “canonical” hermeneutics, that is, the idea that the entire Bible points unequivocally to the Adventist understanding of prophecy. They consider isolated biblical books as unreliable, inconclusive and at times undecipherable, but a collection of these same unreliable texts, a “canon” is reliable, as long as you approach it with the right Adventist presuppositions.

In other words, instead of worrying about the vagaries of ancient biblical Hebrew and Greek, the intention of the author or how original audience understood him, all we need to do is to superimpose an Adventist macro-narrative of the IJ over the biblical text and it works!

This “system” has the clear advantage of confirming everything we already know about Adventist theology. Talk about a “methodology” based on forcing on the text massive presuppositions, deductive fallacies and circular reasoning.

I recently got a call from a friend. He had been studying the Bible on his own and had come across so much that was wrong with Adventism. His main complaint: the Investigative Judgment and 1844.

We recently met for lunch. Since our initial phone call he had been on a steady diet of fasting, praying, watching YouTube videos, and reading anti-SDA materials. Dale Ratzlaff’s name soon came up: Ellen White is a fraud, the Sabbath is salvation by works, the SDA Church is a cult.

Attempts by his local pastor to bring him back to “the fold” were unsuccessful. He has since left the church altogether; he feels it has failed to provide satisfactory answers to many of his questions.

He and I continue talking, he’s a smart guy with a law degree and is a successful business owner. As a New Testament scholar, I’m trying to convince him to take his quest for answers slowly before he gets further into the slippery slope of unfettered doubting and agnosticism.

My friend’s story is a casebook example of what lies dormant in the minds of many Adventists. As a fragile house of cards susceptible to the softest breeze, the Adventist belief system built on the shaky ground of 1844, the infallibility of Ellen White and marred by perfectionistic tendencies is just too fragile to stand serious questioning.

This encounter with the “former Adventist” mind leaves me puzzled. Why are we failing to convince many bright minds in our midst of the strength of our prophetic interpretations?

We can no longer keep 1844 unscathed from biting, and at times, valid criticism. The internet has democratized Christian apologetics; hundreds of videos and sites exist attacking it, many of them with perfectly good arguments. The denomination has not dealt with the issue honestly.

In this year’s Annual Council, dressed as a pioneer and sporting a long beard, Ted Wilson preached a return to our old ways. Among appeals against “worldliness” in dress and worship music, Wilson criticized current revisionism of 1844: “There may be others who de-emphasize the distinctive Christ-centered doctrines of the Bible, criticizing God’s prophetic timetable including the pivotal ending of the 2,300-day prophecy in 1844 … however, there are many of you in the church who are resisting these attempts … and you are not alone. The pioneers faced these issues, but just as He was with them God is with you today.”

I wonder if Wilson is fully aware of the difficulties we face on this front.

Such protectionism of 1844 was once echoed by a former director of the Biblical Research Institute who said that without 1844, there’s no reason for Adventism to exist. Even Adventist historian George R. Knight seems to agree when he writes: “If Adventism’s apocalyptic big picture isn’t valid, the most sensible thing is to shut up shop, go home and do something meaningful with our lives” (The Apocalyptic Vision and the Neutering of Adventism, 54).

How fragile Adventism must look when viewed against this 1844-or-nothing approach.

Why do we continue to push ourselves into this corner? Continuing to insist on the prophetic construct of 1844 and the Investigative Judgment is not going to answer the “relevance” question for Adventism moving forward. It spells missiological disaster, ecclesiastical cynicism, and further erosion of our credibility before the larger Protestant world.

When I started dealing with the issues of this foundational Adventist belief of 1844 several years ago, I did so with trepidation. What would happen if we were to remove this “pillar” of the Adventist faith? How damaging could this be?

I have since been convinced that it’s not a very solid pillar at all. In my first piece I mused whether 1844 is a “pillar of faith or mortal wound” to Adventism. I continue to think it’s the latter. It no longer suffices to blindly appeal to what we have always believed as infallible.

We need to stop singing “Give Me That Old Time Religion” and switch to “My Faith is Built on Nothing Less.”  We need to find ways to heal a prophetic emphasis that continues to speak to conspiracy theorists, perfectionists, and mentally unstable fanatics.

Nearly a decade ago, I was the “singing evangelist” for a Revelation Seminar series being held in a large church in my area by a retired, RV-abiding, KJV-only type evangelist. He ordered hundreds of KJVs printed on old font, cheap paper with an ominous hourglass being held by none other than the divine hand on the cover.

I was shocked when he pulled out Daniel 8:14 on the first meeting; the support staff was puzzled as well. Sadly, I hear this “take it or leave it” presentation of Adventism is quite common in evangelistic meetings across the Midwest. Seems like there’s no need to be apologetic about the strategy if we’re right; either accept it right away or be done with it.

What happened to a simple emphasis on the Second Coming of Christ? Surely this alone should be enough reason for Adventism to exist! Maybe that’s just not sensational enough to convince people to join our ranks? Maybe it’s not “juicy” enough for our Revelation seminars?

How hard is it for us to simply accept that God, in his sovereignty, raised up the Adventist church to shine a light on this wonderful promise made by our Savior. With Christians of every age, we’re called to proclaim this blessed hope:

“Let not your heart be troubled: ye believe in God, believe also in me. In my Father's house are many mansions: if it were not so, I would have told you. I go to prepare a place for you. And if I go and prepare a place for you, I will come again, and receive you unto myself; that where I am, there ye may be also.” John 14:1–3

Let’s not truncate this “sure word of prophecy” with a questionable interpretation that only serves to advance an Adventist agenda.

André Reis, Ph.D., has degrees in theology and music and recently completed a doctorate in New Testament specializing in apocalyptic literature. He has been a pastor, theology teacher and church musician, having published articles and book chapters on theology, church history, worship and music. His upcoming book The Day of Atonement in the Book of Revelation is a revision of his doctoral dissertation. He lives in Orlando, FL with his wife and three daughters.