God vs. Unity in the Tower of Babel Story

God vs. Unity in the Tower of Babel Story 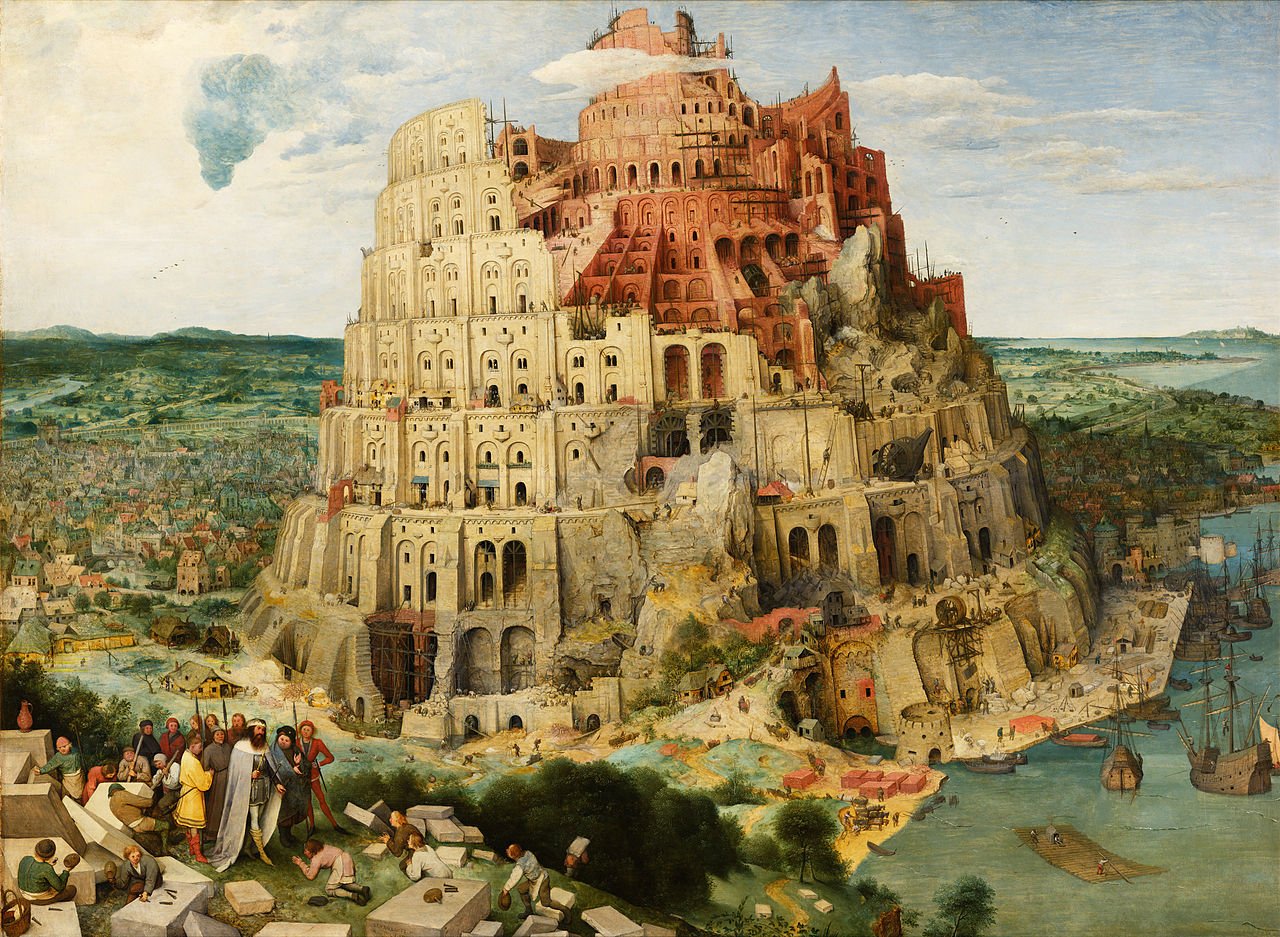 To its credit, the Adult Bible Study Guide debunks some common racist interpretations of Genesis 9:25. Then it moves along and draws some conclusions about the story of the Tower of Babel. Anyone with Sabbath school experience from kindergarten on is probably familiar with the ABSG’s allegorical and textual approach:

– God destroying the tower = showing humans what happens if they threaten him.

– Common human language = too much unity

Or in the lesson quarterly’s words, “It is troubling that the ideology of unity is the first concern of the builders of the Tower of Babel. The sentence ‘the whole earth had one language and one speech’ (Gen. 11:1, NKJV) refers to the fact that these people used the same words and held the same discourse. The story of Babel records, however, the first attempt to unify the world.”

This 2004 article by Al Klingler in the Denison Journal of Religion offers several different interpretations.

The text cannot be looked at through a small and predetermined lens that ignores the particular language translation issues and the historical differences that arise when analyzing Biblical stories. Therefore, seeing the story as God's punishment of human pride would be an insufficient reading of the text. In fact, Robert Alter simply says that "the text does not really suggest that." For example, he points out that the words, "Its top in the heavens," is an exaggeration that describes high towers and is found in many Mesopotamian stories. Also, the practice of building structures to make a name for oneself is found throughout ancient Hebrew culture.3 To further this point, Hinne Wagenaar states, "the purely negative understanding of the dispersion (as punishment) does not fit the theological unfolding of the primeval history." 4 Therefore this story requires that more attention be given to its particulars in order to find a more knowledgeable and suitable interpretation of its meaning.

Later on, Klingler quotes from Walter Brueggemann’s Genesis: Interpretation: A Bible Commentary for Teaching & Preaching, “The reason God allows [differentiation] is that all parts of humanity look to and respond to God in unity. Here that unity is expressed as a dispersion all over the earth. The purpose of God is neither self-securing homogeneity as though God is not Lord, nor a scattering of autonomous parts as though the elements of humanity did not belong to each other.”

Perhaps some hubris lies in thinking that there’s a modern moral meaning that we must extract from the story. Or should we say, stories. According to the New World Encyclopedia, “There is a Sumerian myth similar to that of the Tower of Babel, called Enmerkar and the Lord of Aratta, where Enmerkar of Uruk is building a massive ziggurat in Eridu and demands a tribute of precious materials from Aratta for its construction, at one point reciting an incantation imploring the god Enki to restore (or in Kramer's translation, to disrupt) the linguistic unity of the inhabited regions—named as Shubur, Hamazi, Sumer, Uri-ki (the region around Akkad), and the Martu land.”

For another historical approach, here’s British Museum curator Irving Finkel on some visual connections between the Tower of Babel story and ziggurat architecture.

Title image: The Tower of Babel (1563) by Pieter Brueghel the Elder (public domain).