Does the Lesson Muddle the Literal and Literary? 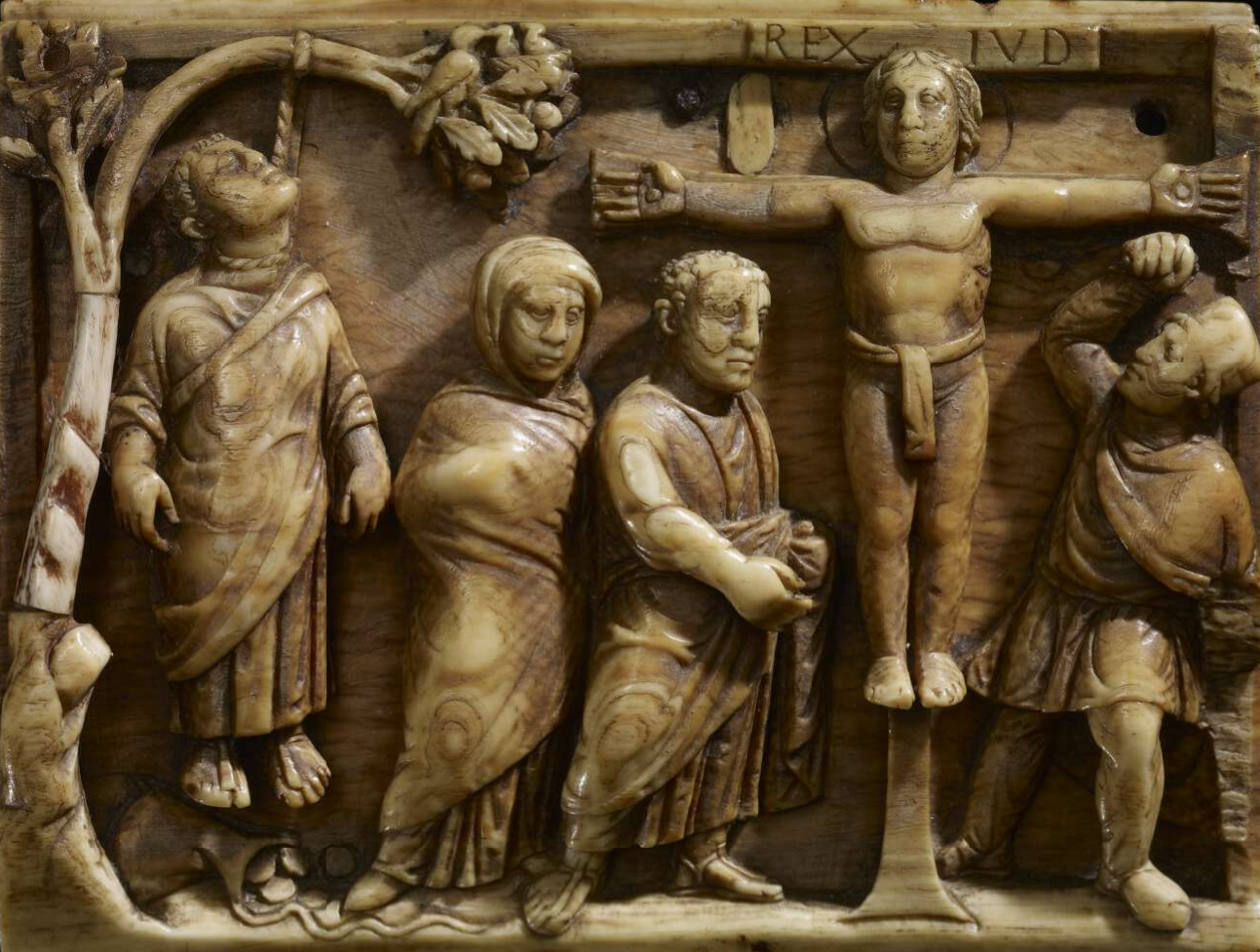 The Adult Bible Study Guide tackles several issues around the Christian belief in the resurrection of believers. While also retreading the Seventh-day Adventist fundamental belief in the second coming, it devotes Thursday to debunking the secret rapture. Beyond apologetics, to its credit, the lesson also asks some difficult questions about the seeming delay of Christ’s return. The first and final paragraphs from Monday’s section deserve attention—not in order to shake faith but because these three questions, asked by this official church publication, seem honest and relevant.

The expectation of His soon coming drove the mission of the apostolic church and filled the lives of uncountable Christians throughout the centuries with hope. But generation after generation has died, and this promised event has not yet occurred. And thus, many are enquiring: How much longer will we have to preach that “Jesus is coming soon”? Have these words generated an unrealistic expectation?

A pastor preached a sermon, arguing that he didn’t care when Christ returned. All he cared about was that Christ does return. How does that logic work for you, and how might it help if you are discouraged over Christ’s having not yet returned?

For some Adventists, these are verboten thoughts rarely expressed aloud. Adventist identity pins belief in a literal divine advent directly to our name. While the lesson offers some nuance via these questions, it unfortunately offers little space as it rushes in with answers. The usual grab bag of sentences from different authors and books appears to quash concerns before an eye can twinkle. The Teacher Comments section just lists—in bullet point format—seven proof texts. Perhaps it’s significant that while there is some scriptural overlap with the fundamental belief text lists for the “Second Coming” and “Death and Resurrection,” there is variation with what appears in the quarterly.

Worried about the prevailing belief in souls on clouds with harps (firstfruits), Part II of the commentary focuses on 1 Corinthians 15. In doing so, it really interprets the harvest theme into the ground, and in so doing, raises more questions than it answers.

Instead, Jesus is said to be the “firstfruits” of those who had fallen asleep (died). “For as in Adam all die, so in Christ all will be made alive. But each in turn: Christ, the firstfruits; then, when he comes, those who belong to him” (1 Cor. 15:22, 23, NIV). The metaphor comes from the first harvest. Just as first came the firstfruits/produce that signaled that the entire harvest was soon to follow, so Christ was first, and then the harvest will come. The harvest will be all those who “belong to him.”

The Greek word for “firstfruits” is aparche and means, first and foremost, “firstfruits,” second, a “proportionate gift” from earnings (a thank offering), or third, it could mean “an offering.” The Israelites would present the “firstfruits,” the first sheaf of the harvest in the temple, and a priest would wave it before the Lord. All these actions happened on Nisan 16 and were a reminder of a pledge of a full harvest.

Fascinatingly, Jesus was resurrected on Nisan 16. Therefore, He served as the pledge, the first sheaf, the firstfruits, of the full harvest of all the believers who will be resurrected one day, as well. But it’s important to notice that the harvest appears only “when he comes” again. So, there is no harvest that already is physically in heaven, except for those whom we are told were resurrected or taken straight to heaven, such as Enoch, Elijah, Moses, and those who were raised from the dead during Christ’s resurrection (Matt. 27:52). Jesus’ “newness of life” (Rom. 6:4) points to the new life and resurrection of all the believers.

It’s great to see my favorite motif of this quarter show up for a third time: the portentous saints of Matthew 27. But let’s focus on this chronological “fact” that just gets slipped in without a single footnote. We know the exact day that Jesus arose? Fascinating indeed!

Unfortunately, a brief look at a few scholarly articles shows there exist a variety of ways to roughly date the year, much less the day, of Jesus’s resurrection. There are also reasons to be dubious about the whole project. One example is this riveting New Testament Studies journal article by Helen Bond, “Dating the Death of Jesus: Memory and the Religious Imagination.” Bond is a professor of Christian origins and head of the School of Divinity at the University of Edinburgh. For a scholar, she writes lucidly. The précis offers an amuse-bouche.

After discussing the scholarly preference for dating Jesus’ crucifixion to 7th April 30 CE, this article argues that the precise date can no longer be recovered. All we can claim with any degree of historical certainty is that Jesus died some time around Passover (perhaps a week or so before the feast) between 29 and 34 CE. The emergence of the Johannine tradition (in which Jesus died on the day of Preparation) and the Markan tradition (in which Jesus dies on the Passover itself) are explored through the lens of social/collective memory.

Without a single cited source, it’s not clear how the lesson came up with the “fascinating” detail about the day of Jesus’s resurrection—that is, other than the symbolic meaning connected to harvest. This gets to a central hermeneutic problem here that is especially noteworthy given that the primary contributor for this study, Alberto R. Timm, is now an associate director of the General Conference’s Biblical Research Institute. It appears that the ultimate meaning drives the gathering of evidence. The section begins with a harvest theme and backs itself into the date based more on how fitting it is than how it fits into history.

This week’s lesson starts out with some hard questions. Does its attempt to provide answers garble the literal and the literary? This version of what some practitioners call an Adventist approach to biblical hermeneutics conflates pretext with context. It’s allegorical at its core, extracting sentences from various books via little more than word association and then sprinkling in poetic imagery or numerical significance to prove all things.

Perhaps we can just be comfortable with the unknowingness of being human. After all, it does leave more room for faith. In her summary, Bond notes this is also how our minds actually work.

To talk of a death “at Passover” in the first century, just as now, did not necessarily mean that a person had died on Nisan 15, any more than for a Christian to talk of the death of a loved one “at Christmas” means that he or she died on the 25th December. The link with the feast, though, lends a certain poignancy to events. In our own context, a death at Christmas has a certain resonance—a loved one taken away at a feast where families come together, a life cut short at a festival celebrating new birth and hope. The connection with the feast adds an extra dimension to the death.

But how likely is it that the actual date of Jesus’ death would be forgotten and/or replaced by a more theologically resonant one? The human memory has been studied exhaustively in recent decades, and the overriding picture which emerges is one of fragility and subjectivity. On an individual level, we tend to fill in the blanks, to make sense of what we see or hear, and to allow later information to blend into and inform what we think we remember.

In this 37-minute video, Bond presents at a 2016 conference titled “Memory and the Reception of Jesus in Early Christianity.”

Normally, this is where we’d invite you to donate to keep Spectrum afloat for another year. But thanks to the success of the Grow the Vision campaign, we are funded for 2023. Thank you for your faithful support! This gives us an opportunity to use this blessing to grow our core engine of supporters, our journal subscribers. Everything you donate between now and before the end of this year will go directly to sending the journal to interested faculty and students on Adventist campuses. On your check, you can designate which school(s) you want your tax-deductible donation to support. Be sure to watch the website, as we’ll be tracking this for a little fun competition. Will your alma mater receive the most support?

Click here to send the journal to key faculty and students at your favorite college or university.