Did Jesus Suffer More than Any Human? 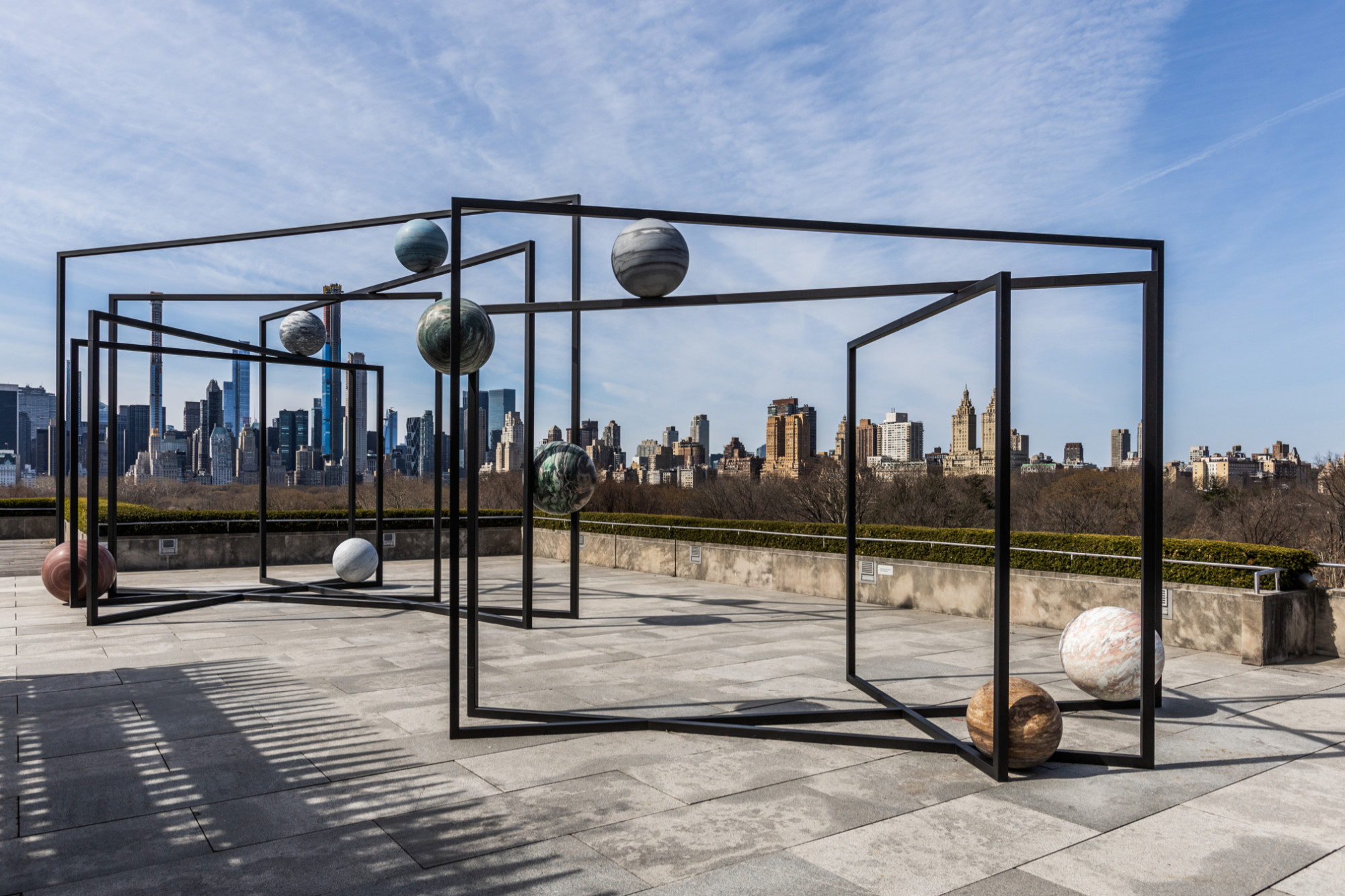 The memory text for this week’s Adult Bible Study Guide comes from Matthew 27:46 (NIV): “About three in the afternoon Jesus cried out in a loud voice, ‘Eli, Eli, lema sabachthani?’ (which means ‘My God, my God, why have you forsaken me?’).” In the passion account, this is the climax of Christ’s suffering on the cross—the moment of death and abandonment by his heavenly Father. It is also a quote from Psalm 22 (NIV), which opens:

My God, my God, why have you forsaken me?

Why are you so far from saving me,

so far from my cries of anguish?

My God, I cry out by day, but you do not answer,

by night, but I find no rest.

This is the final lesson of this quarterly, the conclusion of three months focused on trying to understand the spiritual meaning of suffering. It states,

Whenever we look at the issue of human pain, the question comes: How did sin and suffering first arise? Through divine revela­tion we have good answers: they arose because free beings abused the freedom God had given them. This leads to another question: Did God know beforehand that these beings would fall? Yes, but obviously He thought it was, as C. S. Lewis wrote, “worth the risk.”

But how is it a risk if God knew what would happen? If an omniscient being knows how an individual will act then there is no free will. This is theological fatalism, a problem of logic that many philosophers have addressed. The Stanford Encyclopedia of Philosophy notes that this

basic argument succeeds in demonstrating that infallible foreknowledge is incompatible with human free will. If they are incompatible, one of them must be given up. It’s possible to give up both, of course, but that’s more than the argument requires, and one reason the dilemma has attracted so much attention in the history of philosophy is that both the belief in a being with infallible foreknowledge and belief in the existence of libertarian free will are strongly entrenched in the world view of many philosophers. To give up either of these beliefs is difficult and often has many ramifications for one’s other beliefs.

The denial of libertarian freedom has always had many supporters. The idea of making causal determinism the focal point of discussions of free will is modern in origin, and some philosophers think that the modern framing of the issue is confused.

Philosophers who deny libertarian freedom may affirm a type of free will compatible with determinism, or they may instead simply accept the consequence that human beings lack free will. It is worth noting, however, that theists who deny libertarian freedom are typically theological determinists rather than fatalists; it’s primarily considerations of divine omnipotence or sovereignty, rather than foreknowledge, that motivate them. When Augustine, for example, rejected human freedom apart from divine control—“I tried hard to maintain the free decision of the human will, but the grace of God was victorious” (Retractationes 2.1)—it wasn’t because of the fatalist argument from divine foreknowedge [sic], which (as we’ve seen) he regarded as a complete failure. Jonathan Edwards, on the other hand, based his Calvinist denial of libertarian freedom, in part, on a sophisticated version of the argument for theological fatalism (FW II.12).

The other incompatibilist position is to affirm libertarian free will along with the principle of alternate possibilities (premise 9), and to deny the possibility of infallible foreknowledge. This position has recently come into prominence through its association with “open theism” (Pinnock et al. 1994).

The second author represented by the et al. is Richard Rice, emeritus professor in the School of Religion at Loma Linda University. In the book The Openness of God: A Biblical Challenge to the Traditional Understanding of God, Rice writes, “God’s will is not the ultimate explanation for everything that happens; human decisions and actions make an important contribution too. Thus history is the combined result of what God and his creatures decide to do” (15–16).

Here is a video of Richard Rice elaborating on the open view of God at the American Academy of Religion meetings in 2014.

The lesson makes another point that seems to require a limited sense of human history. Saturday’s lesson states:

The freedom of all His intelligent creatures was so sacred that, rather than deny us freedom, God chose to bear in Himself the brunt of the suffering caused by our abuse of that freedom. And we see this suffering in the life and death of Jesus, who, through suffering in our flesh, has created bonds between heaven and earth that will last throughout eternity.

And then Thursday’s lesson on “The Suffering God” adds, “Christ, our Lord, has suffered more than any of us ever could.”

Has God really borne the brunt of suffering caused by the human condition? Unless I’m missing some sophisticated ontological point about divine death as eternal separation in this Sabbath school lesson, it seems to be that there is at least a historical question to consider here. Have humans suffered more than Jesus?

The lesson’s Teacher Comments cite Ellen G. White and Anglican theologian John Stott to make the point that “while all humans who die will experience death as sinful human beings, Jesus, the sinless Son of God, died the death that represents God’s judgment on sin.” This is a common argument and popularly embraced by the majority of Christians, even if they haven’t addressed the underlying philosophical issues. It is a sort of “by faith-based definition” solution. If the wages of sin is death, to die sinless is ultimately unjust, just as it might be extremely galling to be publicly punished when one is completely innocent of an accusation.

But I call it “by faith-based” because we cannot know.

What we do have is the factual record of the horrors of humanity. Even if one ignores the record of the 20th century or the previous millennia of famine, war, tribal conflict, imperial conquest, sexual assault, as well as physical and psychological torture, there is more suffering in the news just today than what Jesus suffered as detailed by the Adult Bible Study Guide. The week’s lessons suggest that Jesus suffered from poverty and fear of persecution, as do millions at this very second. In addition to the sweat and blood in Gethsemane and the crucifixion, it also argues that Jesus’s sinlessness made living around sinners “exceedingly painful for Him.” I don’t think there is much in the Gospel record to support that claim. If anything, Jesus went out of his way to spend time with noted sinners. And that it wasn’t out of some sense of high-minded masochism—sometimes it seems to have involved dinner parties and even friendship for the sake of companionship. Rather than trying to claim ultimate misery, perhaps just recognizing that the total narrative of Jesus offers hope is enough. Jesus didn’t come to “out suffer” humanity. His life story focused on reducing human suffering through healing, helping, and leaving a sense of ultimate hope.

Returning to this week’s memory text and reflecting back on this quarter’s focus on finding spiritual meaning in human suffering, perhaps it’s best to conclude with music and visual art.

“Eli, Eli, lama sabachthani” is a composition by Ernesto Herrera, a Cuban Adventist who recently came to California as an undergraduate student in the music program at La Sierra University. In this video, Herrera’s song is performed on March 12, 2021, by the Brigham Young University Singers conducted by Andrew Crane.

And in the video below, more about this commentary’s title artwork:

In this video, artist Alicja Kwade discusses her work ParaPivot, commissioned for The Met’s Iris and B. Gerald Cantor Roof Garden. Using steel and stone to evoke a miniature solar system, Kwade has created two sculptures that call into question the systems designed to banish doubt from the world and make sense of an otherwise unfathomable universe. Ultimately, Kwade seeks to heighten both the mystery and the absurdity of the human condition in order to enhance our powers of self-reflection.