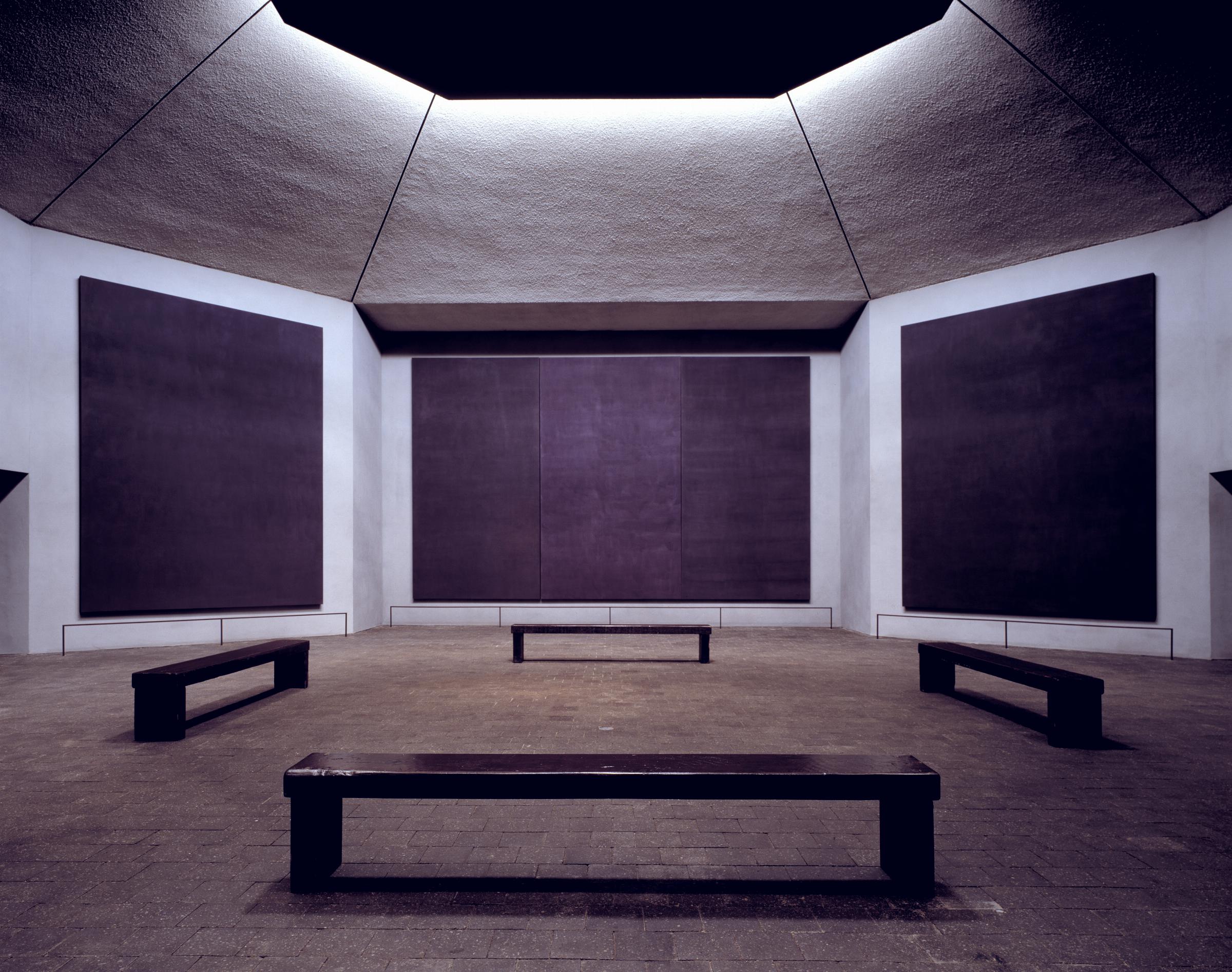 This week, I visited the Rothko Chapel in Houston, Texas. I’ve taught art history to over 1,000 students at Pacific Union College over the years, and while I find meaning in many forms of visual culture, I particularly enjoy sharing the color field work of Mark Rothko. It can seem too simple after weeks of the obvious richness of the Renaissance and the later early revolutions of modernism, but after showing how the artist evolved, I just tell my students to pause in front of the larger-than-life works by Rothko and just breathe.

This National Gallery of Art guide gets at what’s expressed in the abstraction.

Alternately radiant and dark, Rothko's art is distinguished by a rare degree of sustained concentration on pure pictorial properties such as color, surface, proportion, and scale, accompanied by the conviction that those elements could disclose the presence of a high philosophical truth. Visual elements such as luminosity, darkness, broad space, and the contrast of colors have been linked, by the artist himself as well as other commentators, to profound themes such as tragedy, ecstasy, and the sublime.

The artist died by suicide before the chapel containing his art was completed. I reflected on this today as I stood a foot away from the huge, deep hues that frame the visual experience inside the building. This 13-minute video, The Transformative Power of the Rothko Chapel, explores a little of this visual connection to the spiritual that this space offers.

While there, I also thought about the Adult Bible Study Guide’s focus on death. In light of the chapel’s profound space and Rothko’s portal-like art, the lesson’s word association mix of verses and then armchair physics seemed almost sacrilegious. The Psalmist’s poetry or a confused cry from Job feels real. But an apologetic approach feels forced in the presence of beauty and darkness. From Friday’s lesson:

(I love that whole “science of resurrection” jag just suddenly appears in the quarterly without a single citation.) Even if the science were true, there is little sense in death. Despite a million sermons, there is no ultimately reassuring answer that cracks the wall of finitude. The end happens. Abstraction in visual art and music can sometimes lend more light on death without artificially minimizing the darkness. Whatever hope a bodily resurrection inspires, it might mean that the senses and consciousness continue. When that angelic trumpet blows to change our current reality, I wonder if we might hear some chromatic “blue” notes or some bracing atonality. (It does tend to get a rise out of everyone.)

About a decade ago, I heard Morton Feldman’s “Rothko Chapel” performed by the San Francisco Symphony, conducted by Michael Tilson Thomas, who followed Herbert Blomstedt in that role. I’ll never forget it. The work was first performed in 1972 in the space it is named after. About the performance I experienced more recently, a write-up in the San Francisco Chronicle states, “As ever, the rhetoric is subdued, the tempos slow, the textures sparse and suggestive, and the instrumentation—for solo viola, chorus, percussion and celesta—is a determinative feature of the piece.” A review of a 1991 Feldman release of a recording of his work states:

Feldman had been a friend of Rothko’s as well as the other Abstract Expressionist painters, and one can hear in the music Feldman’s deep understanding and appreciation of Rothko’s paintings. Feldman says, in the notes accompanying this recording, that “Rothko’s imagery goes right to the edge of his canvas, and I wanted the same effect in the music—that it should permeate the whole octagonal-shaped room and not be heard from a certain distance.”

Spiritual depth knows no bounds. Perhaps facing the boundlessness of death inspires new life. In The New Yorker earlier this year, music critic Alex Ross writes about Feldman and a new commissioned composition that builds toward something even greater.

The chapel, the brainchild of the art patrons Dominique and John de Menil, projects an abyssal stillness that mesmerizes more than a hundred thousand visitors every year. Feldman’s composition, a sparse soundscape for viola, chorus, celesta, and percussion, long ago became a classic of modern music; according to the Feldman archivist Chris Villars, in the past two decades it has received more than a hundred and thirty performances, in twenty-seven countries. Together, the music and the art constitute a monument of twentieth-century modernism—a locus of its dreams and sorrows. Fifty years on, a third voice has joined this interdisciplinary conversation: that of the composer Tyshawn Sorey, whose “Monochromatic Light (Afterlife)” had its première in the chapel last month.