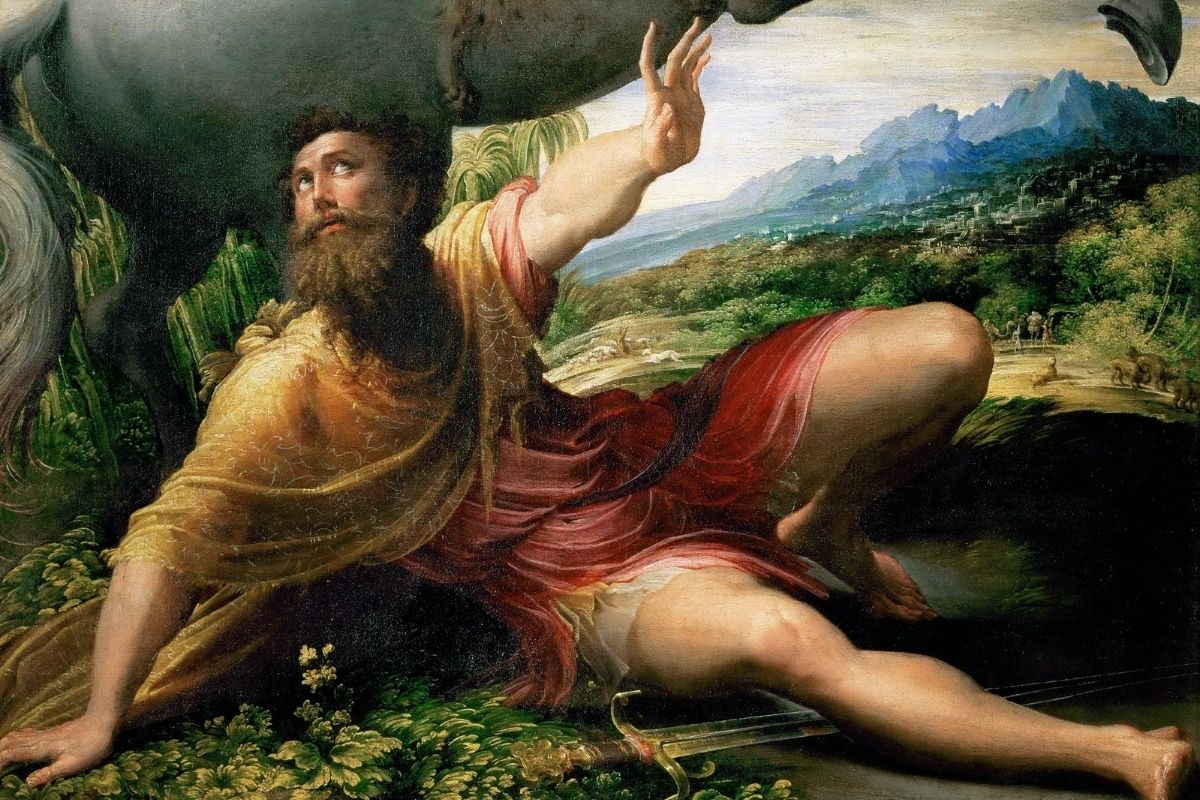 Recently, Félix Cortez published an article on the Spectrum website arguing that Paul the apostle was the author of the Letter to the Hebrews in the New Testament. This essay, published weekly in four parts, is a review of that paper and its evidence and findings, a response to the elements of his case, and a summary of my own views on the issue.

Cortez’s fifth point—there are differences in theological emphases but no contradictions—includes alleged examples that involve Jer 31, Hab 2, and Gal 3. While I agree that an author can be expected to explore different themes in various documents addressed to needs or interests of specific audiences, I don’t find these examples compelling.

Considering the ignored, very tight connection between Heb 10:37-38 to Jer 31(38):33-34, the observation that the former abbreviated a piece of the latter is meaningless. To further claim that such an abbreviation also occurred in Rom 11:27 is simply wrong. That text has no direct connection to Jeremiah, rendering the example without merit.

The second example—the quotes of Hab 2:4 are similar in Heb 10:37-38 and Rom 1:17—is even less compelling. Paul quotes part of Hab 2:4 not only in Rom 1:17 but also in Gal 3:11. However, in neither case are these quoted or interpreted materials remotely like Heb 10:37-38. In my view, the most important evidence for or against the Pauline authorship of Hebrews is the radically different treatment of the quotation of Hab 2 in Hebrews compared to the Pauline corpus. In the latter, a single loosely quoted line from Hab 2:4b (LXX) is Paul’s most important and succinct scriptural proof text for his gospel (Rom 2:16), appearing in the two letters that most thoroughly explore his evangelical theology:

I call it “loosely quoted” because Hab 2:4b (LXX) reads: ὁ δὲ δίκαιος ἐκ πίστεώς μου ζήσεται, lit. “but the righteous one on the basis of my faith shall live.” The NETS translation rightly notes that here “faith” means “faithfulness.” This is a declaration about the effectiveness of God’s faithfulness and not the “faith” of a righteous person or the basis of that person’s righteousness. Although Paul may have agreed with the salvific effect of God’s faithfulness, by citing an abbreviated version of Hab 2:4b he clearly indicates that he had a completely different idea in mind.

In Heb 10, the quotation from Hab 2 includes not only 2:4b, like Paul, but also 2:3b and 4a, albeit in a different order and with the word μου (“my”) attached to δίκαιος (i.e., ὁ δὲ δίκαιός μου) rather than to ἐκ πίστεως as in Hab (ἐκ πίστεώς μου), where it clearly means “on the basis of my faithfulness,” referring to God, who begins speaking in v. 2. The notion of “faithfulness” in Hab rather than “faith” is also evident in the Hebrew text וְצַדִּ֖יק בֶּאֱמוּנָתֹ֥ו יִחְיֶֽה (“but the righteous one will live by his faithfulness[1]), although it is the faithfulness of the righteous person or person of integrity that is implied. This is clearly not what Paul had in mind by quoting this text.

I mentioned that Hebrews quotes more of Hab 2 in 10:37-38 than Paul does in Galatians or Romans. Here is the evidence in parallel lines:

Hebrews not only quotes more of the Hab 2 than Paul but applies the text in a very different way—a way that is more consistent with the intent of the Old Testament (OT) passage, whether in the MT or the LXX. The OT text focuses not on “faith” (as in Paul) but on “faithfulness,” i.e., the faithfulness of the righteous person (MT) or the faithfulness of God (LXX). We can see this in three ways.

2.      Hebrews immediately follows this quotation with an application in v. 39 that is consistent with this interpretation: “But we are not among those who shrink back and so are lost, but among those who have faith and so are saved” [NRSV]. The text is actually more emph. and more linguistically tied to the quotation: “but we are not shrinking back unto destruction but unto saving our soul by (our) faithfulness.”[2] Although the writer of Hebrews uses some of it in different forms or in different ways, the vocabulary of v. 39 draws on words from Habakkuk and his own quotations from it, e.g., ὑποστολῆς (Hab: ὑποστείληται), πίστεως (Hab: πίστεώς) and ψυχῆς (Hab: ψυχή).

3.      We usually read Heb 11 in isolation, with the understanding that all the OT characters explored there are primary examples of faith as “belief,” especially in the Pauline sense. The text even seems to start with that notion: 1“Now faith is the assurance of things hoped for, the conviction of things not seen. . . .3By faith we understand that the worlds were prepared by the word of God, so that what is seen was made from things that are not visible.” However, ch. 11 is not primarily about faith as “belief” but consists of numerous examples of faith as “faithfulness.” Not only does this best characterize the content of the chapter but it also tightly ties it to the quotation of Heb 2:3b-4 and the writer’s application of it at the end of ch. 10 and overwhelmingly to the purpose of the letter to promote faithfulness in the face of potential backsliding.

The third example—Heb 9:15-18 and Gal 3:15-18 reflect the same “dual meanings” of διαθήκη—is insignificant at best. Of course, the word διαθήκη means both “last will and testament” and “covenant.” Although readers of the Bible are far more familiar with the latter in the sense of agreements or contracts that God is said to have made with people, the former is, indeed, reflected in both the texts noted above in contexts that focus on the latter—the more common biblical meaning.

First, this should not be surprising. The use of διαθήκη regarding personal wills or testaments for the disposition of property or the execution of various provisions after the deaths of people was very common in the first century CE. One source of word meanings in contemporary papyri and inscriptions, before providing numerous examples, began its consideration of this word with, “In papyri and inscrr. the word means testament, will, with absolute unanimity, and such frequency that illustration is superfluous.”[3] Its frequent occurrence with this meaning in Josephus is sufficient to illustrate the word’s common use in contemporary, extra-biblical literature.[4]

More importantly, Hebrews and Galatians focus on and apply very different aspects of the socio-economic meaning of διαθήκη. For the writer of Hebrews, what is important is the fact that a death must activate the provisions of the διαθήκη as last will and testament.[5] When applied to the religio-theological διαθήκη, the writer observed that, under both the “good,” first διαθήκη and the “better,” new διαθήκη, death was required. For Paul in Galatians, it was the notion that “once a person’s will (διαθήκη) has been ratified, no one adds to it or annuls it.”[6] Despite the fact that makers of wills, past and present, frequently change them, Paul argues that the giving of the law to Israel, long after God’s ratified promise to Abraham, did not “nullify the promise.”[7]

Rather than demonstrating a significant, common use by Hebrews and Paul, this example is meaningless, not only because of widespread contemporary, socio-economic use of διαθήκη but, more importantly, because of the very different aspects of διαθήκη that the writers focus on and apply to their unique theological agendas.

In addition to providing poor examples of Paul’s integration with Hebrews in matters of theology and biblical interpretation or badly arguing them, Cortez fails to deal here or in his earlier case against Paul with many common Pauline theological themes that are either totally missing in Hebrews or are understood in different ways. The former includes the church,[8] apostles,[9] circumcision,[10] idols,[11] Gentiles,[12] and wrath.[13] Among the latter are resurrection,[14] law,[15] works,[16] baptism,[17] and judgment.[18] It is important to note that all these themes appear in both the undisputed and disputed letters of Paul, which seriously weakens the notion that the author of Hebrews was one of Paul’s associates.

Part 4 will appear next week.

[1] See BDB, s.v. אָמַן “confirm, support” (אֱמוּנָה “perfect faithfulness). Because YHWH starts speaking in v. 2, the LXX translators probably concluded that ἐκ πίστεώς μου “on the basis of my (=God’s) faithfulness” was more consistent with the context than the Heb.

[7] Gal 3:17 – “My point is this: the law, which came four hundred thirty years later, does not annul a covenant previously ratified by God, so as to nullify the promise.”

[8] Found not only in all seven undisputed Pauline letters but also in four of the six disputed letters.

[15] The law, linked only to the old Hebrew cultus and never found in dichotomy with faith or spirit in Hebrews, is found in a negative sense in four undisputed Pauline letters and in one disputed letter.

[16] Works, mentioned mostly related to God’s activities and, in a few cases, to “dead works” in Hebrews, is found in negative dichotomy in two Genuine Pauline letters and in three disputed letters, two of which also mention good works.

[17] Baptism, only downplayed in Heb (6:2; 9:10), is found in three undisputed Pauline letters and two disputed letters.

[18] Judgment, only once in Heb (6:2), is found in three undisputed Pauline letters and three disputed letters.

Warren C. Trenchard received his PhD from the University of Chicago. Before retirement, he was professor of New Testament and early Christian literature and director of graduate programs in the HMS Richards Divinity School at La Sierra University.