Abram in Egypt and Ancient Sojourns 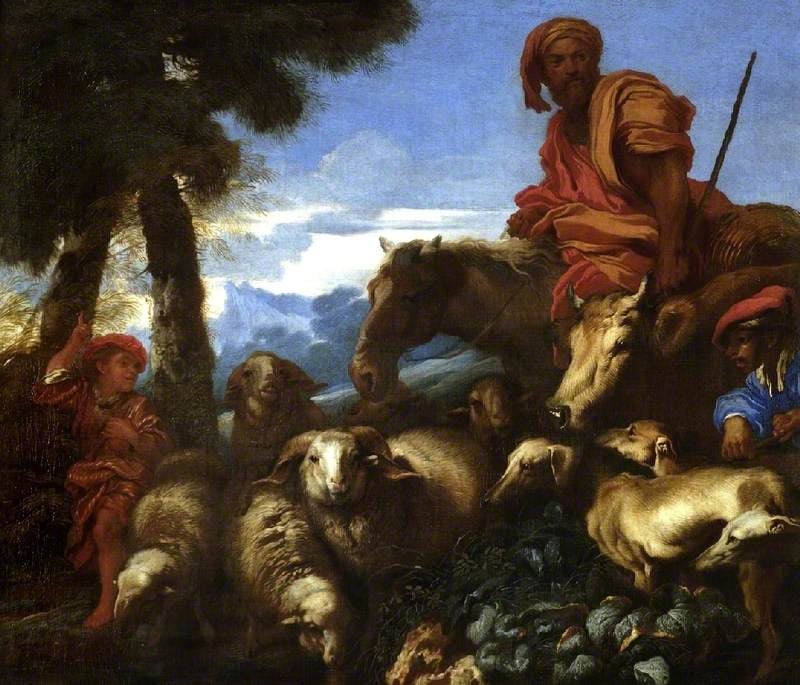 This week, the Adult Bible Study Guide moves through Genesis 12–14 and the beginning of the story of Abraham. After being told to leave his home country for Canaan in chapter 12, Abram and Sarai continue on to Egypt because there was a famine. In Egypt, we read the strange and disturbing story of Abram telling Pharaoh that Sarai was his sister, not his wife, reasoning that it would give Sarai a better chance at staying safe.

Despite there being little negative connotation in the biblical text to Abram leaving Canaan due to famine, the Study Guide paints the decision as a failing of faith: “Before, Abram relied on God; now he behaves like a manipulative and unethical politician who counts only on himself.” A quote from Ellen White in Patriarchs and Prophets follows. While Abram’s lie that Sarai was his sister is problematic on multiple levels, especially for how it actually puts her freedom and safety in jeopardy, the lesson seems to conclude that the journey to Egypt was an unfaithful move—even though the strict biblical text seems to be quite neutral. The Study Guide asks the question: “What should this story teach us about how easy it is, even for faithful Christians, to stray from the correct path? Why is disobedience never a good choice?”

The Study Guide mentions that traveling to Egypt in times of famine seems to be a regular occurrence in ancient texts but that the “temptation of Egypt” was a problem for the Israelites because “in Egypt, where water could be seen on a daily basis, faith was not necessary.”

How we view Abram leaving Canaan raises interesting questions about our views toward immigrants and migrants and all those who leave homelands to try and remain safe. For more information on Abram’s journey to Egypt, below is a lecture by Professor James K Hoffmeier, an Old Testament scholar, archaeologist, and Egyptologist. He describes Abram’s sojourn, also comparing it to the experiences of Joseph and Jacob in Egypt. Hoffmeier gives interesting historical context about both the biblical figures and other ancient people not directly mentioned in the Bible:

So, this is what I’m talking about that this was a well-known practice and that the Bible is describing a reality when it comes to famine, the lack of water, and Egypt of course has plenty to drink. So, Abram went down to sojourn there. And the word in English, sojourn, (in Hebrew, guwr), means to live temporarily. The idea was not to come to live . . . straight on but to live temporarily until the bad weather ended and then to return, for the famine was severe in the land.