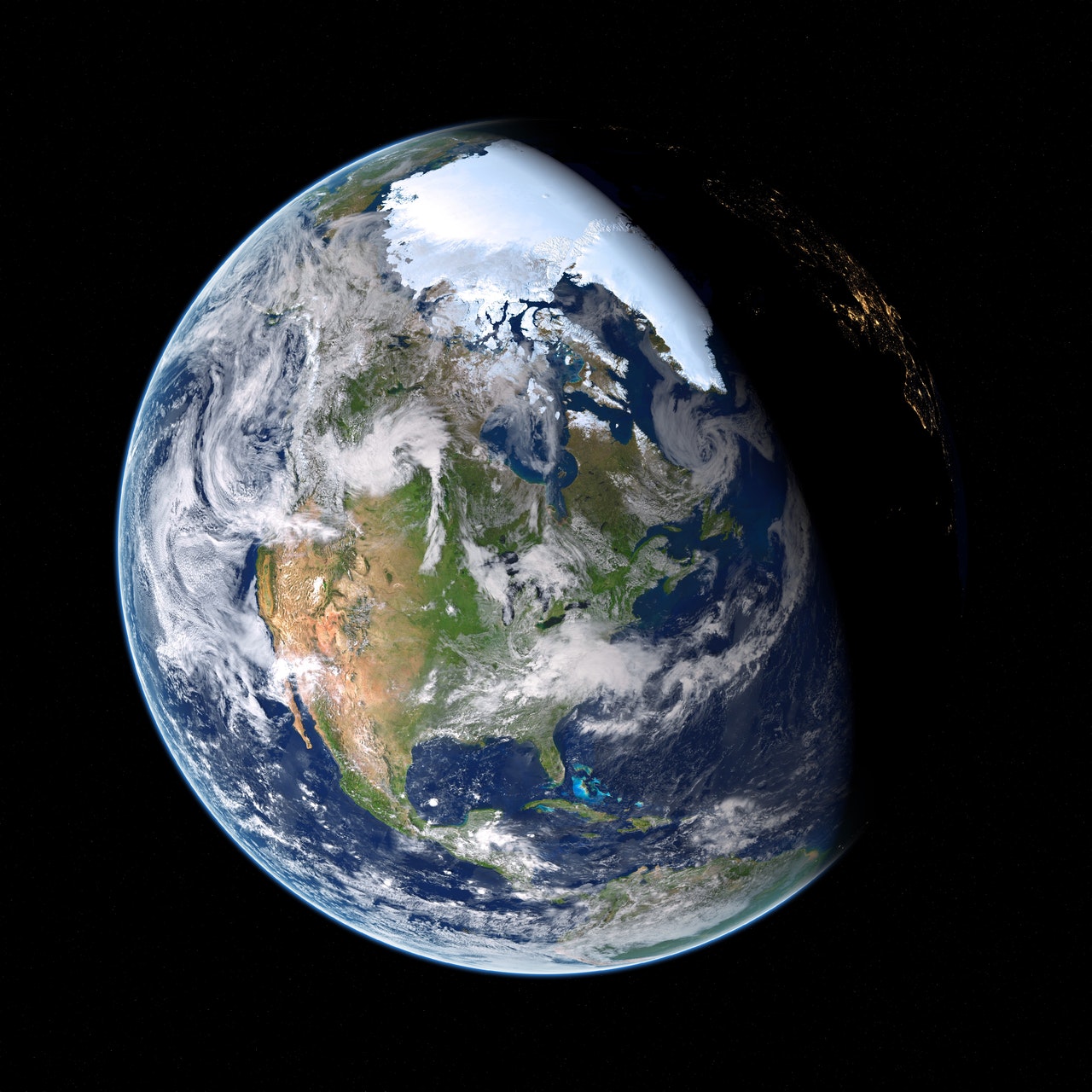 At the end of the book of Isaiah, the prophet describes the new heavens and the new earth, which would have been fulfilled in the history of literal Israel if they had been obedient to the commands of God. Since this never happened, a secondary application is necessary for the fulfillment of the prophecy in light of what the NT writers have to say.

From Isaiah 63 until the end of the book, a picture is presented dealing with the glorious future for the people of God. Another important factor that Isaiah highlights is that God is seen as the Creator and the Re-creator. It should be noted at this point that Isaiah 65:17–25; 66:22–24 is a “classical prophecy.” By “classical prophecy” I mean that which belongs to an ancient specific culture and tradition. In this case, “classical prophecy” means something that is primarily related to a specific nation, or culture, i.e., “Ancient Israel.” Said differently, “classical prophecy” is related to those whom the “OT has taught us to regard as exemplifying what is distinctive about Israelite prophets—all that separates them from the Near Eastern pattern.”[1]

Verses 17–25 of Isaiah 65 form a climax to the book. The verses describe new things that the prophet Isaiah had promised in 42:9 and 48:6. The description of the new heavens and the new earth in verses 20–23 is not exactly as that given in Revelation 21 for various reasons. First, death would not be abolished but delayed, according to the context of Isaiah 65:20. However, Revelation 21 speaks of no more death (Rev 21:4). Second, in Isaiah, the inhabitants will still get married, and children will be born (Isa 65:23). But in the NT, the dwellers of the new heavens and the new earth will “neither marry nor are given in marriage” (Luke 20:35b).

There are men today who express their belief that there will be marriages and births in the new earth, but those who believe the Scriptures cannot accept such doctrines. The doctrine that children will be born in the new earth is not a part of the “sure word of prophecy.” The words of Christ are too plain to be misunderstood. They should forever settle the question of marriages and births in the new earth. Neither those who shall be raised from the dead, nor those who shall be translated without seeing death, will marry or be given in marriage. They will be as the angels of God, members of the royal family.[2]

Third, from Isaiah 65:20 and 66:23–24, one can conclude that those who worship will view the carcasses of those who have transgressed against God. “What is most remarkable in the description is that death and sin are represented as still continuing.”[3] However, Revelation 20–22 indicates that there will be no more death after Satan and his followers are destroyed. In the final estate, death is spoken of as being “swallowed up in victory” (cf. 1 Cor 15:54; Isa 25:8). Fire will be a cleansing agent for the earth before it becomes a home for the redeemed.[4]

The Jews often relied on the existence of the temple in Jerusalem as a source of safety for them, regardless of their life or relationship with the Lord. That is why the Lord rebuked them, saying: “Heaven is my throne, and earth is my footstool. Where is the house that you will build Me? And where is the place of My rest?” (Isa 66:1).

If God, in His love for man, allowed him to build a house for Him, it is rather like God condescending to announce His dwellings in our midst. God is not concerned with stones and huge buildings, but dwells with those of a “poor and of a contrite spirit, and who trembles at My word” (Isa 66:2). Solomon, the wise, realized this fact. That is why he prayed on the day of the inauguration of the temple, saying: “But will God indeed dwell on the earth? Behold, heaven and the heaven of heavens cannot contain You. How much less this temple which I have built! (1 Kgs 8:27).

Thus, through humility, contempt of heart, and fear of His words, the Lord looks to us, and is willing to transform our thinking and desires, enabling us to live a holy life by faith. As for those who are preoccupied with formalities in worship and engage in it with a spirit of hypocrisy and pride, their worship is unpleasant and an affront to Him. God looks with displeasure on sacrifices that simply are formalities. The smell of killing, impurity, and idol worship are completely unacceptable. God says: “He who kills a bull is as if he slays a man; he who sacrifices a lamb, as if he breaks a dog’s neck; he who offers a grain offering, as if he offers swine’s blood; He who burns incense, as if he blesses an idol” (Isa 66:3) will be subjected to fears and delusions in contrast approbation (Isa 66:2, 4).

With the failure of ancient Israel, the promises given will be fulfilled to “spiritual Israel”—that is, the Christian church. The prophet concludes his prophecy (chap. 66) by revealing fundamental features to be experienced by the saved in the New Jerusalem.

It will be a place:

1. Overflowing with joy and happiness.

2. Overflowing with gratitude to God for His unbelievable sacrifice and love.

That you may feed and be satisfied
With the consolation of her bosom,
That you may drink deeply and be delighted
With the abundance of her glory (vs. 11).

3. Full of peace as a river and be filled with great glory as a sweeping torrent.

Behold, I will extend peace to her like a river,
And the glory of the Gentiles like a flowing stream (vs. 12).

There will be found:

1. A source of divine consolation. God is the Father of His redeemed children.

As one whom his mother comforts,
So I will comfort you;
And you shall be comforted in Jerusalem (vs. 13).

2. A source of abiding purity

“Those who sanctify themselves and purify themselves,
To go to the gardens
After an idol in the midst,
Eating swine’s flesh and the abomination and the mouse,
Shall be consumed together,” says the Lord (vs 17).

“Then they shall bring all your brethren for an offering to the Lord out of all nations, on horses and in chariots and in litters, on mules and on camels, to My holy mountain Jerusalem,” says the Lord, “as the children of Israel bring an offering in a clean vessel into the house of the Lord” (vs 20).

4. A priestly city. The Israelites were “a priestly kingdom and a holy nation” (Exod. 19:6), with special priests set apart to represent them as worship leaders. But in the future, some Gentiles would become worship leaders (Isa 66:21).

And I will also take some of them for priests and Levites,”

So shall your descendants and your name remain (vs. 22b)

6. A people who will worship God continually.

The Sabbath would have been rightly observed in Jerusalem if the Israelites heeded God’s voice. But in the new heaven and new earth “all will observe the Sabbath in eternal recognition of Christ as the Creator of the world in its Edenic bliss, and as the re-Creator of righteousness and holiness.”[6]

7. A complete absence of death.

And the years of eternity, as they roll, will bring richer and still more glorious revelations of God and of Christ. As knowledge is progressive, so will love, reverence, and happiness increase. The more men learn of God, the greater will be their admiration of His character. As Jesus opens before them the riches of redemption and the amazing achievements in the great controversy with Satan, the hearts of the ransomed thrill with more fervent devotion, and with more rapturous joy they sweep the harps of gold; and ten thousand times ten thousand and thousands of thousands of voices unite to swell the mighty chorus of praise. . . . The great controversy is ended. Sin and sinners are no more. The entire universe is clean. One pulse of harmony and gladness beats through the vast creation. From Him who created all, flow life and light and gladness, throughout the realms of illimitable space. From the minutest atom to the greatest world, all things, animate and inanimate, in their unshadowed beauty and perfect joy, declare that God is love.[7]

Photo by Pixabay from Pexels