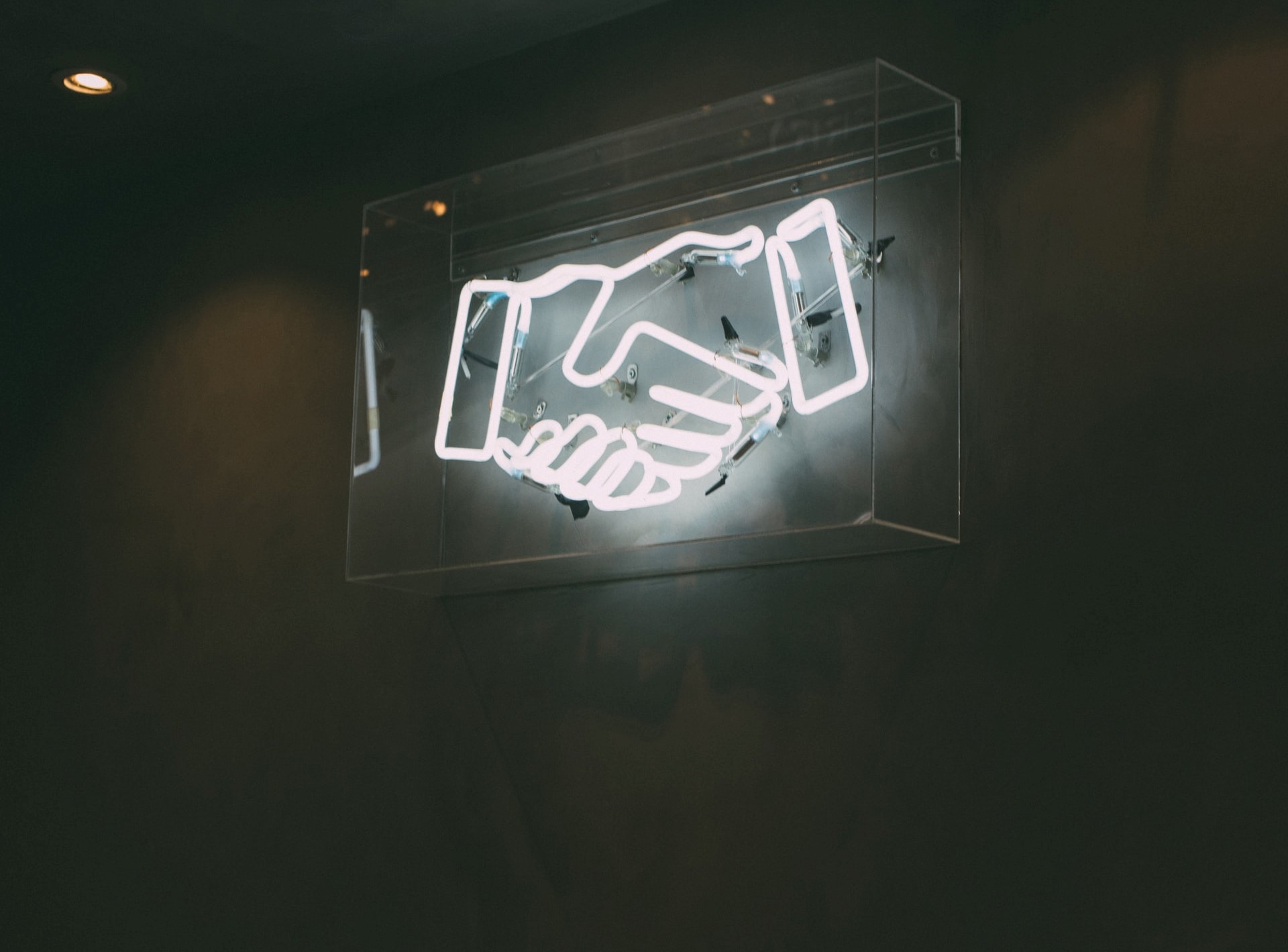 The covenant relationship with God results in one experiencing joy (cf. Ps. 47). The joy that the apostle John is talking about here is a natural result of fellowship with Christ. The theme of joy is frequently mentioned by the apostle John; the Christian life must be filled with joy.

The covenant relationship with God frees one from the burden of guilt. The blood of Christ frees the individual from the spiritual guilt. “Stand fast therefore in the liberty by which Christ has made us free, and do not be entangled again with a yoke of bondage” (Gal. 5:1).

Take for instance the German-Swiss psychiatrist Karl Jaspers (1883–1969), who dealt with four different kinds of guilt and gives the most comprehensive treatise on guilt to date. These are: “criminal,” “political,” “moral,” and “metaphysical.” The criminal guilt centers to the “law courts”; the political one deals with “victorious powers”; the moral one focuses on the “conscience” that allows repentance to take place; and as for the metaphysical one, it belongs to “God alone.”2 The metaphysical guilt goes beyond that which is experienced by “criminal,” “political,” and “moral” guilt. The “metaphysical” one holds all mankind accountable for each wrong or injustice done in the world. It is difficult for man to be freed from the metaphysical guilt.

Only Jesus Christ can free us from the “metaphysical” guilt in the world. God, who chose to enter into a covenant relationship with man, alone frees the individual from the guilt of sin by his “own authority”; he “alone cleanses us from all impurity by the blood of” his son “and remits all sins, original and actual, whether they be sins of omission or of ignorance.”4 As it is said, it is Christ “who forgives all your iniquities,” (Ps. 103:3a). The apostle Paul admonishes us, saying, “There is therefore now no condemnation to those who are in Christ Jesus, who do not walk according to the flesh, but according to the Spirit” (Rom. 8:1). The new covenant was established by the precious blood of Christ; hence, it is dependable, it is secure. Without the blood, the new covenant cannot be established.

The new covenant helps man to get to know God better. The blood of the new covenant “solves the problem of our sins and removed the hindrances between God and us.”5 The new covenant cleanses the believer from the two aspects of sin: the nature of sin and the act of sin. The former is that which dwells in man; the latter is a reference to the sins that are manifested in an outwardly fashion in the life of the Christian.

While the old covenant was a revelation of the promise of eternal life, the new covenant is the palpable manifestation of the promise of eternal life. Eternal life is in Jesus Christ alone. The apostle John states, “But these are written that you may believe that Jesus is the Christ, the Son of God, and that believing you may have life in His name” (John 20:31). The new covenant promises life eternal. I like the way Henry Dana Ward has put it:

The new covenant is better in its surety—Christ, and in its promises—eternal life in the city of God, with the law of God written on the heart. The old covenant relates first to the dispensation of times, and the new to dispensation of the fullness of times.6

The new covenant promises eternal life; that means the life of the believer does not end in the grave. Those who believe in Christ will have an everlasting life. Ellen G. White states:

Christ became one flesh with us, in order that we might become one spirit with Him. It is by virtue of this union that we are to come forth from the grave—not merely as a manifestation of the power of Christ, but because, through faith, His life has become ours. Those who see Christ in His true character, and receive Him into the heart, have everlasting life. It is through the Spirit that Christ dwells in us; and the Spirit of God, received into the heart by faith, is the beginning of the life eternal.7

The new covenant is not only enjoyed by faith now, but individuals can rejoice in the future blessed resurrection. “The more we study the New Covenant, the more we shall see that its one aim is to restore man, out of the Fall, to the life in God for which he was created.”8 The resurrected saints will receive immortal bodies at the first resurrection; the redeemed will share the same bodily characteristics (1 Cor. 15:48–50). The focal point of the new covenant is not only the promise of life eternal but the ability to live with Jesus without end. Eternal life is to be understood relationally. The second Advent of Christ is the core of all biblical prophecies.

The new-covenant people do not need to be pushed into witnessing. God established mission first through Ancient Israel, where Israel was to be a light to the nations and the salt of the earth. Israel as a nation failed in the old dispensation because they did not obey the Lord. The function of Israel has now been transferred to spiritual Israel—the Christian Church. There never was a time when God did not have witnesses. The new covenant people will lead the nations to the knowledge of God (Zech. 14:9–19).

Hans K. LaRondelle said, “The ultimate focus of all Bible prophecy and salvation history is the establishment of the kingdom of God on earth. Holy Scripture begins with Paradise created and lost (Gen. 1–3) and ends in the New Testament with Paradise restored (Rev. 21; 22).” Therefore, the “apostolic Gospel message received its apocalyptic perspective in fundamental continuity with God’s covenant with ancient Israel.”9

Believers under the old and new covenants are justified by grace alone through faith because of Jesus alone. No Old Testament believer was ever justified by works, even though the nation had to keep the conditions of the law. Old Testament believers will be saved for eternity not because animal sacrifices atoned for their sins but because the death of the Messiah was the object of faith expressed in their sacrifices.

People under the “Abrahamic covenant” were justified by faith alone. Abraham was justified before God through an act of belief, which took place before the giving of the law at Sinai (Rom. 4:9–16).

The Sinaitic covenant was a paidagogos, which led its adherents to Christ by types and shadows. Jon D. Levenson said, “The dynamics of Sinai, which are the dynamic of the treaty, metamorphose history into morality, or in rabbinic language, aggadah into halakhah, lore into law.” The new covenant, a covenant of grace, “looks beyond the vicissitudes of history, since they cease to be critical.”10 The new covenant is grounded in “God’s eternal decree—the covenant of redemption” (Gal. 3:20).11

The new covenant brings justification through faith in Jesus Christ alone. While the Mosaic covenant was made particularly with the Jewish people, included laws, and separated Jews from Gentiles, the new covenant was established to bless all nations. Michael Horton, in his book Introducing Covenant Theology, said, “They are correct who insist upon the continuity of God’s covenant of grace from Adam to Noah to Abraham to Moses to David to Christ as to the terms of eternal blessedness in God’s covenant.”12

The Old Testament is a covenant of the coming Messiah; the New Testament is a covenant of Christ Jesus as the ultimate fulfillment (Luke 24:27, 43–44) and his Second Advent (Acts 1:11; Rev. 1:7). Believers of both the Old and New Testaments will gain heaven by grace alone. “We ‘get in’ and ‘stay in’ by grace alone, in Christ alone, through faith alone.”13 The covenant, as the author of this quarterly has rightly penned it, “is a relationship that reaps us wonderful benefits now and at His return.”

6. Henry Dana Ward, The Gospel of the Kingdom: A Kingdom Not of this World; Not in this World; But to Come in the Heavenly Country, of the Resurrection from the Dead, and of the Restitution of all Things (Merchantville, NJ: Moore Brothers, 1870), 428.

Photo by Charles Deluvio on Unsplash