A Step in Faith

A Step in Faith 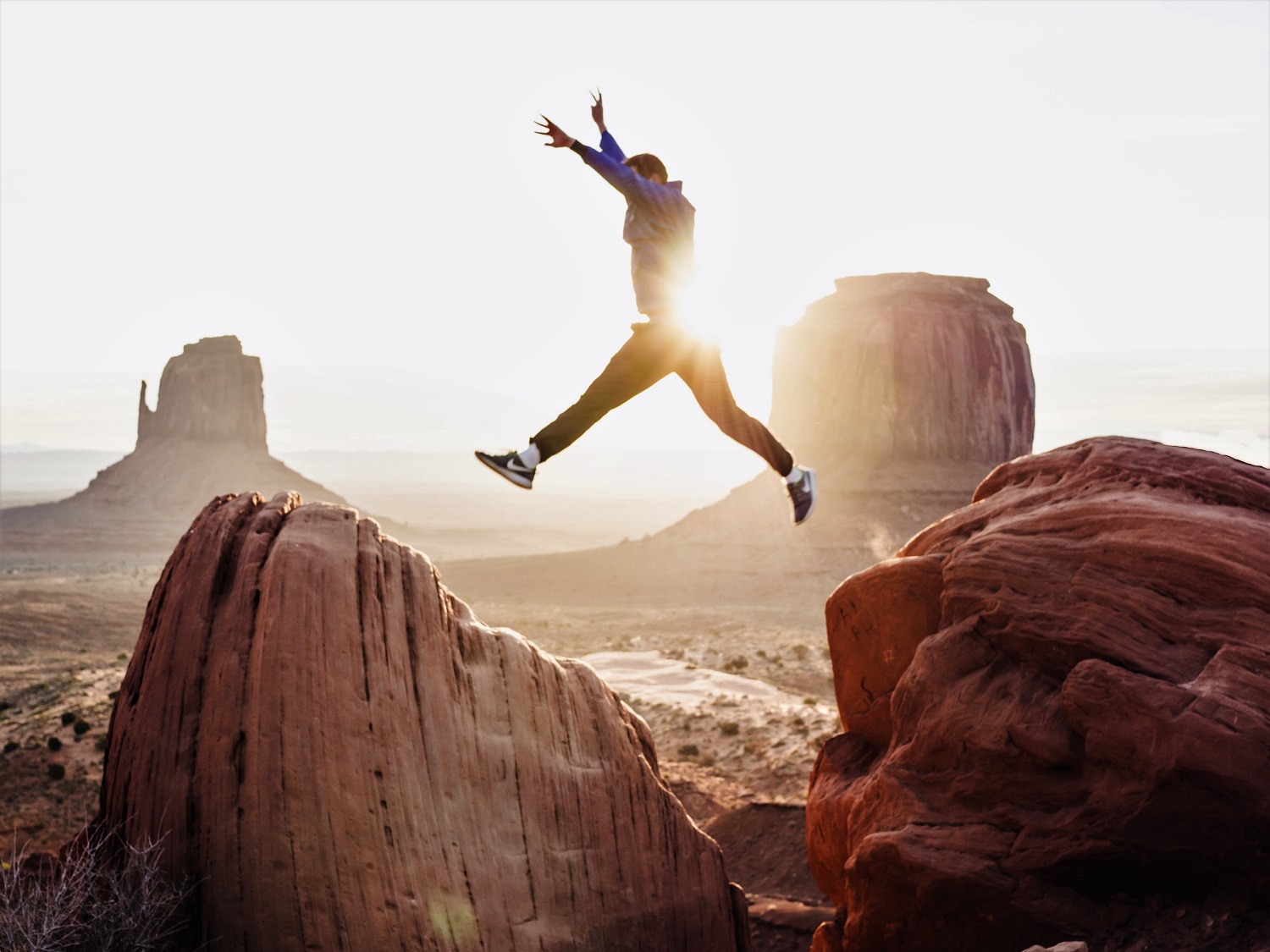 With “A Step in Faith” we conclude the third quarter, Making Friends for God: The Joy of Sharing in His Mission for the year, 2020. In trying to be witnesses for God, we need a leap of faith. Sharing Christ with people who do not know Him involves sacrifices, but the joys Christ offers are far greater.

A story is told of Lough Fook, a Chinese Christian, who, moved with compassion for the coolies in the South African mines, sold himself for a term of five years as a coolie slave, and was transported to Demerara, to carry the Gospel to his countrymen working there. He toiled in the mines with them and preached Jesus while he toiled, till he had scores of whom he could speak as Paul of Onesimus, “whom I have begotten in my bonds.”

Lough Fook died, but not before he had won to the Savior nearly 200 disciples who joined the Christian church. Where in the centuries has that lowliest feature in the condescension of the Man of Sorrows—“He took upon Him the form of a slave”—been so literally reproduced as here?

Sacrifice, according to Maya Angelou, is “If we lose [our] love and self-respect and respect for each other, this is how we will finally die.”[1] Love involves a sacrifice. Love without a sacrifice is just a mere talk. Love with sacrifice, on the other hand, is “love in action.” The love and humility that Christ demonstrated is recorded in Philippians 2, where He took the form of a servant. In fact, this clause literally means, “He emptied Himself.” Philippians 2 is a hymn sung in the early church in which Paul provided an example of humility. The passage is called, “The Song of Christ’s Humility.” Nothing offends God as much as human pride. The early Christians sang not only the Psalter but also “hymns and spiritual songs” (Eph 5:19; Col 3:16).[2]

If we are to follow Christ, we ought to love the way Christ loved. Serve the way Christ served. Care the way Christ cared. Self-sacrificing missionary work should be emulated; love is to become our ideal. “Love [both] involves sacrifice and aims at mutuality.”[3] In other words, the measure of mutuality is determined by where it is going. Sacrifice without love benefits the Christian nothing. (cf. 1 Cor 13:3). To be totally committed Christians, we should be devoted to serve others.

Ellen G. White in her book, The Desire of Ages, states the following:

The whole life of Christ had been a life of unselfish service. “Not to be ministered unto, but to minister,” (Matthew 20:28), had been the lesson of His every act. But not yet had the disciples learned the lesson.[4]

On a recent trip to Haiti, I heard a Haitian pastor illustrate to his congregation the need for total commitment to Christ. His parable:

A certain man wanted to sell his house for $2,000. Another man wanted very badly to buy it, but because he was poor, he couldn’t afford the full price. After much bargaining, the owner agreed to sell the house for half the original price with just one stipulation: he would retain ownership of one small nail protruding from just over the door.

After several years, the original owner wanted the house back, but the new owner was unwilling to sell. So the first owner went out, found the carcass of a dead dog, and hung it from the single nail he still owned. Soon the house became unlivable, and the family was forced to sell the house to the owner of the nail.

The Haitian pastor’s conclusion: “If we leave the Devil with even one small peg in our life, he will return to hang his rotting garbage on it, making it unfit for Christ’s habitation.”[5]

On his way to Damascus, Paul’s life changed radically. The metamorphosis of Saul into Paul can serve as a model for the conversion and the transformation of every Christian nowadays—from persecutor to being persecuted. Paul turned from an oppressor to a liberator; from an attacker to a defender; from an opponent to a supporter; from a rival to a helper; from a destructive agent to a restorer. It suffices to say that the conversion of Paul remains a powerful testimony to what God can do in the lives of those who surrender themselves to His service.

While Paul was the chosen vessel for God; he suffered for the sake of Christ. He became a preacher of truth and a teacher of the Gentiles. Paul’s missionary work demanded sacrifice and nothing but love could make that sacrifice possible.

As Peter denied Jesus publicly; Jesus restored him to His service publicly. Jesus wanted Peter to know that He loved him for every time that he had said he did not know Him. It is one thing to say that we love Jesus, but it is another thing to be willing to serve Him wholeheartedly. Jesus asked Peter to commit his life totally to him. Peter’s life, his occupation, and his relationship changed when he committed his life to Christ. Peter’s life changed dramatically when he knew who Jesus was. His occupation changed from a simple fisherman to a fisher of men. He became an evangelist. His identity changed from “impulsive” to a “rock.” He was forgiven!

With the loving and caring relationship Christ had with Peter, He restored him to the position of leadership in the preaching of the gospel. While this commission (preach) was addressed to Peter, it also applied to the other disciples. Love was the motivating factor for Christ to lay down His life for the sins of the world. The only way to keep this kind of love burning is to be totally committed to Christ and His mission.

Without love, our service will be drudgery. The indwelling love must become a sacrificial love. The fire of love can only be maintained with a close walk with Him. Jesus said, “Follow Me.” Follow Him, stay close to Him so your fire will continue burning.[6]

In the words of Erich Fromm, addressing the distinction between Mature and Immature love, he states the following:

“I love because I am loved.”

“I am loved because I love.”

“I love you because I need you.”

Youssry Guirguis is an OT scholar with a special interest in the area of Islamic studies at the Asia-Pacific International University in Thailand and the Andrews MAR (extension site) program director for the Asia-Pacific International University. He is an adjunct professor in Middle East University’s Master in Islamic Studies Program and has conducted research in the areas of biblical studies, Islamic studies, and biblical rituals.

Photo by Doran Erickson on Unsplash