Prayer Power: Interceding for Others

Prayer Power: Interceding for Others 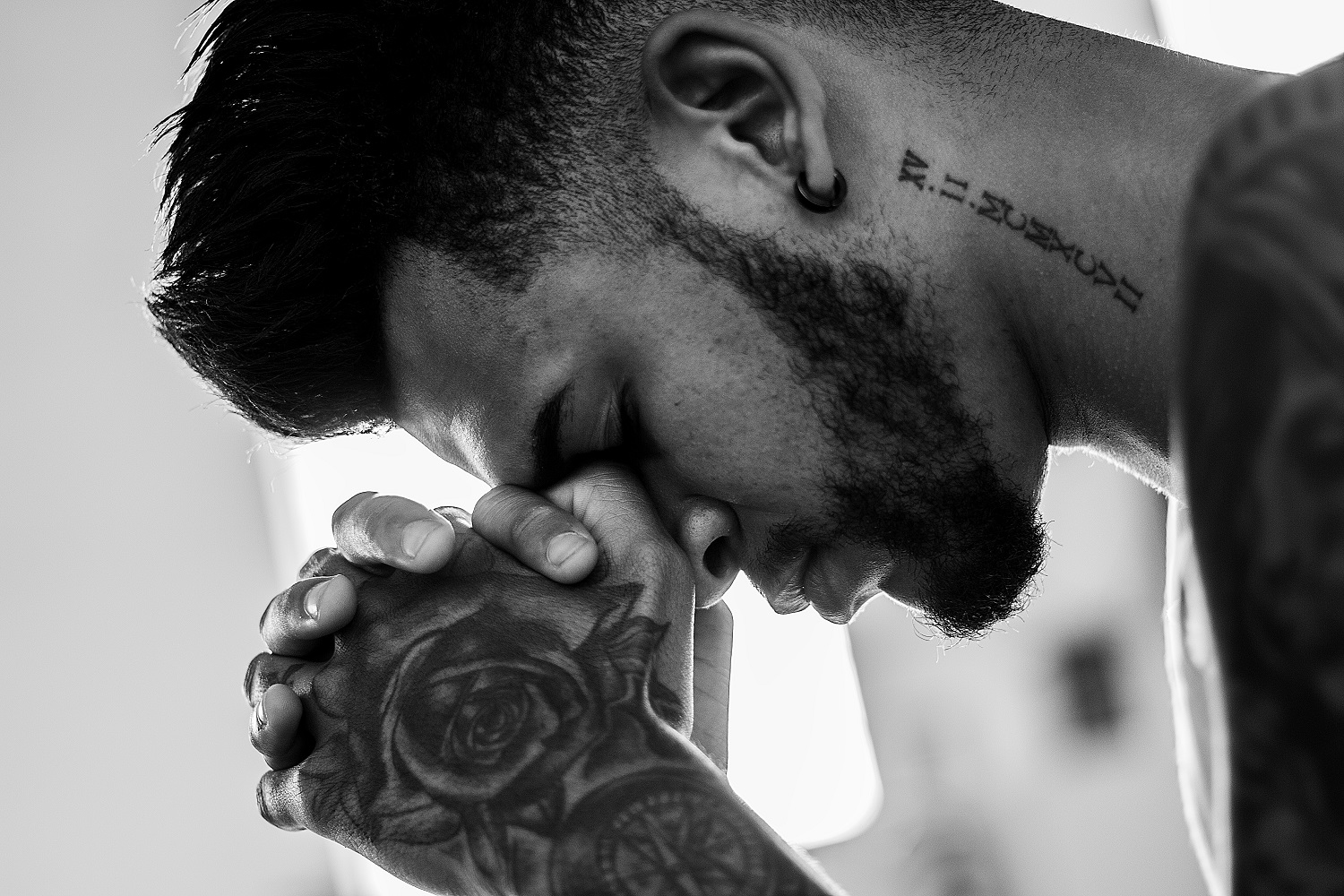 This week’s lesson is brought to us by Good Word from Walla Walla. To listen to the audio conversation, please visit the Good Word website.

Leading Question: Why is prayer so mysterious?

In a rather tantalizing quotation, C. S. Lewis comments about the mysteries of holy places:

I say the gods deal very unrightly with us. For they will neither (which would be best of all) go away and leave us to live our own short days to ourselves, nor will they show themselves openly and tell us what they would have us do. For that too would be endurable. But to hint and hover, to draw near us in dreams and oracles, or in a waking vision that vanishes as soon as seen, to be dead silent when we question them and then glide back and whisper (words we cannot understand) in our ears when we most wish to be free of them, and to show to one what they hide from another; what is all this but cat-and-mouse play, blindman’s buff, and mere jugglery? Why must holy places be dark places? – C. S. Lewis, Till We Have Faces, 249, a quote from Orual.

Prayer is part of that mystery for all of us. Scripture includes many references to prayer, but seems to fall short of our desires when it comes to giving us full understanding of prayer. The Gospels include a generous sprinkling of references to Jesus’ prayer life, but still leave us puzzled over the nuts and bolts of a healthy prayer life. What did Jesus actually do when he prayed all night? The Bible never says.

Our lesson focuses specifically on intercessory prayer. But that easily overlaps with petitionary prayer in general. And that is a pandora’s box. For many years I taught a class entitled “Research and Writing in Religion.” One of the projects for the class was a cluster book review on works by these three authors, all focusing on petitionary prayer, and each differing sharply from the other two:

Morneau, who experienced a dramatic conversion, declares that if we are right with God, we will always get what we ask for.

At the other end of the spectrum, Kushner reflects the classic liberal impulse to rescue God’s goodness at the price of his power, declaring that God does not intervene in human life. He is a good listening ear, but does not, in fact, cannot intervene with any kind of “miracle.” Kushner’s response is shaped by the tragic loss of his young son to progeria, early aging disease.

In a middle way, Lewis affirms divine intervention, but argues that the closer we come to God, the less likely it is that God will grant our petitions. This quote from his essay, “The Efficacy of Prayer,” is particularly striking:

I have seen many striking answers to prayer and more than one that I thought miraculous. But they usually come at the beginning: before conversion, or soon after it. As the Christian life proceeds, they tend to be rarer. The refusals, too, are not only more frequent; they become more unmistakable, more emphatic.

Does God then forsake just those who serve Him best? Well, He who served Him best of all said, near His tortured death, “Why hast thou forsaken me?” When God becomes man, that Man, of all others, is least comforted by God, at His greatest need. There is a mystery here which, even if I had the power, I might not have the courage to explore. Meanwhile, little people like you and me, if our prayers are sometimes granted, beyond all hope and probability, had better not draw hasty conclusions to our own advantage. If we were stronger, we might be less tenderly treated. If we were braver, we might be sent, with far less help, to defend far more desperate posts in the great battle. – “Efficacy of Prayer,” in World’s Last Night and Other Essays, 10–11.

In another essay, “Petitionary Prayer: A Problem Without an Answer,” Christian Reflections (Grand Rapids: Eerdmans, 1967), 142–51, Lewis grapples with the two starkly contrasting patterns of petitionary prayer found in the New Testament. One contains an explicit modifier and is modeled on Christ’s prayer in Gethsemane: “Thy will be done.” The other pattern is assumed in many New Testament passages, but is stated most explicitly in James 1:6-8: “But ask in faith, never doubting, for the one who doubts is like a wave of the sea, driven and tossed by the wind; for the doubter, being double-minded and unstable in every way, must not expect to receive anything from the Lord.” (NRSV).

Lewis concludes his essay with this plaintive cry: “How am I to pray this very night?”

Question: How do we move from a potentially paralyzing mystery to helpful action?

Comment: The memory verse for this week, James 5:16, is powerful and straightforward. James was certainly not prepared to be frozen into inactivity by whatever questions he may have had:

Therefore confess your sins to one another, and pray for one another, so that you may be healed. The prayer of the righteous is powerful and effective. (NRSV)

I have heard of your faith in the Lord Jesus and your love toward all the saints, and for this reason I do not cease to give thanks for you as I remember you in my prayers. I pray that the God of our Lord Jesus Christ, the Father of glory, may give you a spirit of wisdom and revelation as you come to know him, so that, with the eyes of your heart enlightened, you may know what is the hope to which he has called you, what are the riches of his glorious inheritance among the saints, and what is the immeasurable greatness of his power for us who believe, according to the working of his great power.

I thank my God every time I remember you, constantly praying with joy in every one of my prayers for all of you, because of your sharing in the gospel from the first day until now. I am confident of this, that the one who began a good work among you will bring it to completion by the day of Jesus Christ. It is right for me to think this way about all of you, because you hold me in your heart, for all of you share in God’s grace with me, both in my imprisonment and in the defense and confirmation of the gospel. For God is my witness, how I long for all of you with the compassion of Christ Jesus. And this is my prayer, that your love may overflow more and more with knowledge and full insight to help you to determine what is best, so that in the day of Christ you may be pure and blameless, having produced the harvest of righteousness that comes through Jesus Christ for the glory and praise of God.

One particularly moving Old Testament example comes from Samuel, who responded to the people’s plea after their vociferous cry for a king:

All the people said to Samuel, “Pray to the Lord your God for your servants, so that we may not die; for we have added to all our sins the evil of demanding a king for ourselves.” And Samuel said to the people, “Do not be afraid; you have done all this evil, yet do not turn aside from following the Lord, but serve the Lord with all your heart; and do not turn aside after useless things that cannot profit or save, for they are useless. For the Lord will not cast away his people, for his great name’s sake, because it has pleased the Lord to make you a people for himself. Moreover as for me, far be it from me that I should sin against the Lord by ceasing to pray for you; and I will instruct you in the good and the right way. Only fear the Lord, and serve him faithfully with all your heart; for consider what great things he has done for you.”

Question: How does the cosmic conflict sharpen the issues involving intercessory prayer?

Comment: In both Testaments, Scripture gives us glimpses into the global conflict in which humanity finds itself. Dan.10:10-14 in the OT and Rev. 12:7-9 are the key passages:

But then a hand touched me and roused me to my hands and knees. He said to me, “Daniel, greatly beloved, pay attention to the words that I am going to speak to you. Stand on your feet, for I have now been sent to you.” So while he was speaking this word to me, I stood up trembling. He said to me, “Do not fear, Daniel, for from the first day that you set your mind to gain understanding and to humble yourself before your God, your words have been heard, and I have come because of your words. But the prince of the kingdom of Persia opposed me twenty-one days. So Michael, one of the chief princes, came to help me, and I left him there with the prince of the kingdom of Persia, and have come to help you understand what is to happen to your people at the end of days. For there is a further vision for those days.”

The cosmic conflict snaps into view in the next section in the lesson, headed: “Jesus: The Mighty Intercessor.” In this section, a pointed comment to Peter highlights the concept of the cosmic battle:

Simon, Simon, listen! Satan has demanded to sift all of you like wheat, but I have prayed for you that your own faith may not fail; and you, when once you have turned back, strengthen your brothers.

In more general terms, three other passages highlight the role of prayer in Jesus’ life. The first was at Jesus’ baptism. Luke notes that after all the people and Jesus himself had been baptized, Jesus “was praying” (Luke 3:21). Then from the heavens a voice commended Jesus.

It was often difficult for Jesus to find a quiet place where he could pray. Luke 5:16 tells us of one such instance: “But now more than ever the word about Jesus spread abroad; many crowds would gather to hear him and to be cured of their diseases. But he would withdraw to deserted places and pray” (NRSV). A similar instance is recorded in Mark 1:35: “In the morning, while it was still very dark, he got up and went out to a deserted place, and there he prayed” (NRSV).

A tantalizing comment in Luke 9:18, implies that Jesus’ crucial questioning of the disciples about his messianic identity was triggered by Jesus’ prayer life: “Once when Jesus was praying alone, with only the disciples near him, he asked them, ‘Who do the crowds say that I am?’”(NRSV).

In short, the New Testament is not short on urging and admonition when it comes to praying for other people. We should go and do likewise—even if we don’t understand.

This commentary, by Alden Thompson, originally appeared on the Good Word website, created by the Walla Walla University School of Theology. Reproduced here by permission.

Photo by Ric Rodrigues from Pexels