Part 1: Genesis — From Rest to Unrest

Part 1: Genesis — From Rest to Unrest 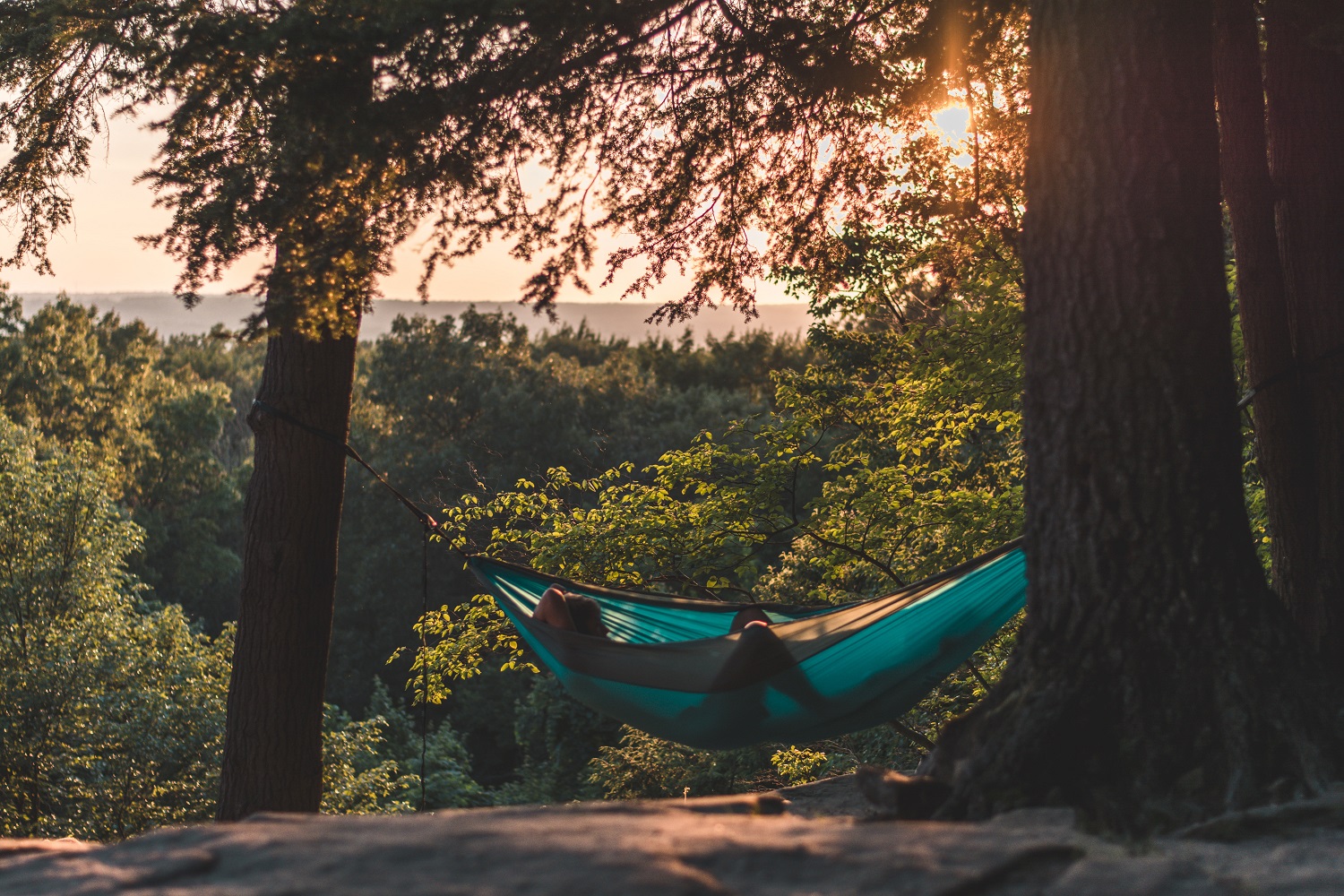 We all know that one of the many promises God has made to us is the promise of rest. Matthew 11:28–29 is a well-known and clear articulation of that promise.

Come to Me all those laboring and being burdened, and I will give you rest. Take My yoke upon you and learn from Me, because I am meek and lowly in heart and you will find rest to your souls. For My yoke is easy and My burden is light (Matthew 11:28–29*).

As with many of the most important concepts in the Bible, this rest is first described in Genesis, chapters 1–11.

However, often when we think about Genesis, chapters 1–11, we don’t think in terms of rest. Rather, it is in terms of creation—long or short, my interpretation or yours. This is unfortunate, because rest is the main point. In creating, God took something “without form, and void,” something in an unorganized state, ordering it, and bringing life to it through His Word. And then came rest, a rest described in terms of unity in relationship—naked and not ashamed.

So, what does the beginning of the Bible tell us about rest? At least two things are important to note from Genesis 2:1–3, specifically. First, sanctification takes place because God rested. The second is that this “day” of rest was not supposed to end. There is no evening and morning listed at the end of the seventh day (see Gen. 2:3). Rather, the day (the good, resting, trusting-relationship-with-God, naked-and-unashamed day) ends in Genesis 3 when the man and woman decide not to trust God, and they eat the fruit.

The entire Bible, from beginning to end, from Genesis to Revelation, is a story about God trying to bring back this state of rest, in which people are in His presence, naked and unashamed. An important indication of His intention is found just a few chapters later, at the end of Genesis 5, where, in the tenth generation from Adam, in the line that carries “the Seed” (Genesis 3:15), Noah is introduced. Noah, the man who typifies Christ by providing a place of refuge for mankind during the flood and placing them back in a newly recreated earth—his name means “rest.”

Rest continues to be an important theme throughout the Bible. And it is not isolated to the seventh-day Sabbath as testament to creation, or even to the Sabbaths of the seventh and jubilee years, when the land and the oppressed are given rest. It is also especially prominent in other contexts we know to be “shadows” of the earth made new. For example, rest is an important theme when the Israelites are crossing the Jordan into Canaan (e.g. Deut. 12:9–10. Deut. 25:19 compared with Deut. 28:64–65, Josh. 1:13–15, 21:4–22:4, and Josh. 23) and in the establishment of the feast of Purim after the final battle between the Jews and the followers of Haman (Esther 9). Rest is also something that happens when good judges and kings are ruling [e.g. Judges 3:11 (Othneil), 3:30 (Ehud), 5:31 (Deborah), 2 Sam 7 (David), Solomon (1 King 5:4 & 1 Chron. 22:9)]. There is also concern for the Ark of the Covenant’s rest (1 Chron. 28:2, along with the David–Solomon comparison)].

Rest is an important theme because, as we have shown, we broke God’s rest and He is in the process of restoring it, and our world. And like Jesus’ invitation in the Beatitudes (Matt. 5), Hebrews 4 is another explicit reminder of this promise of rest. However, all these “shadows” or “types” point to the true rest (the good, resting, trusting relationship with God, naked and unashamed), which is depicted not just in the second chapter of the Bible (Genesis 2) but also evoked in the second to last chapter (Rev. 21), where, in the most hope-inspiring passage of the Bible, John writes,

And I saw a new heaven and a new earth, for the first heaven and the first earth passed away, and the sea no longer is. And I John saw the holy city, New Jerusalem coming down out of Heaven from God, having been prepared as a bride, having been adorned for her Husband. And I heard a great voice out of Heaven, saying, Behold, the tabernacle of God with men! And He will tabernacle with them, and they will be His people, and God will wipe away every tear from their eyes. And death shall be no longer, for the first things passed away. And behold I make all things new. And He says to me, write, because these words are faithful and true (Revelation 21:1–4).

While all of this talk of rest is quite familiar to most Christians, what we fear is less well appreciated: the notion of “unrest.” For too many of us, we think only about the unrest of war, injustice, and the behaviors that go against our own sensibilities. There is no question that these are fruits of unrest, but they are not the unrest—simply a result of it. Instead, the Bible describes unrest as being rooted entirely in our own attempts to take control of our lives rather than seeing ourselves for what we are and not trusting God to accept us (broken trust). One way the Bible depicts these conditions is through how we are dressed.

At this point, rest is associated with no shame. No shame because, even though we are naked and helpless, there is no thought in our minds of falling short. Rather, we are resting in God’s hands, making no attempt to change our condition.

As we know, relational rest is lost in Genesis 3, when, for the first time, mankind imagines themselves apart from God. Distrust (friction) has entered the relationship, and from then on, the inevitable halting of the machine begins, followed shortly by the first act of trying to save (fix) ourselves—we sew garments from vegetation to cover our nakedness and our shame.

And the eyes of both of them were opened, and they knew that they were naked. And they sewed leaves of the fig-tree and made girdles for themselves (Genesis 3:7) . . . And he said, I have heard Your sound in the garden, and I was afraid, for I am naked, and I hid myself (Genesis 3:10).

Notice that our condition had not changed—we are still naked and helpless. However, our understanding of our condition had. And because of this, our relationship with God and each other went from being one of dependence to one of masks and pretense. So, in our first act in sin, we attempt to change our own condition—from nakedness to clothed. Yet, this does not bring rest. Rather, it perpetuates the cycle of unrest—always needing to protect ourselves and convince ourselves and others that we are in control of life. Yet, in an early promise of hope, God removes our handmade clothes, covering us with the skins of another—skins we have had no hand in making (Genesis 3:21).

These ideas of “doing it ourselves” or “trusting in God” continue to be a focal point throughout Genesis 1–11, as well as the rest of the Bible. In fact, the structure of the next eight chapters is designed specifically to compare these two alternatives. And the imagery of clothing becomes a powerful metaphor running through to Revelation and the world made new.

Let us rejoice and let us exult, and we will give glory to Him, because the marriage of the Lamb came, and his wife prepared herself. And it was given her that she be clothed in fine linen, pure and bright: for the fine linen is the righteousness of the saints (Revelation 19:7–8).

Now, in some translations this passage suggests a conundrum. Does the bride really prepare herself through her righteous acts? Reading the passage this way definitely fits with the works-based theology that the devil wants to perpetuate among God’s children. However, what we find particularly fascinating about this final set of clothes is how perfectly their description captures the restoration process God is working on, and how it helps combat false notions of the blending of grace and works. In our initial, pre-fall state, we are naked—everyone sees us for who we are—and we are unashamed. However, after sin, we are depicted as wearing one of two types of clothing—fig leaves, a harvestable crop, representing our own works, or animal skins, representing being covered by another’s life.

One way of reconciling these two coverings is by blending them. For example, man does his best and God makes up the difference. However, Leviticus 19:19 forbids the blending of these two opposed forms of coverings. Rather, in the world made new, we are depicted as wearing fine linen, which, like fig leaves is a garment made from fruits of the field. Yet, like animal skins, this is a garment given to us. So, unlike a blended garment that symbolizes grace mixed with a bit of good old-fashioned self-control, the clothing we as the bride are wearing is an indication of our righteousness—the new heart created by God in us (Psalm 51). No longer are we covered by the skins of another and no longer are we ashamed.

(This theme continues with next week’s lesson.)

*All texts quoted from the Interlinear Bible: Hebrew/Greek/English, translated by Jay P. Green, 1987 edition; all bold-face type supplied by authors.

JEB Beagles, PhD, is assistant professor of International Non-Profit Management and Finance at Syracuse University’s Maxwell School. He is happy to be Rachel’s husband and Coen’s father. Kathy Beagles Coneff, his mother, is a retired religious educator and editor. She continues to use those skills doing contract work with NAD Youth and Young Adult Ministries and others.

Photo by Max Andrey from Pexels