The Narcissist, the Enabler, the Collaborator, and the Sycophant (in Daniel and Now) 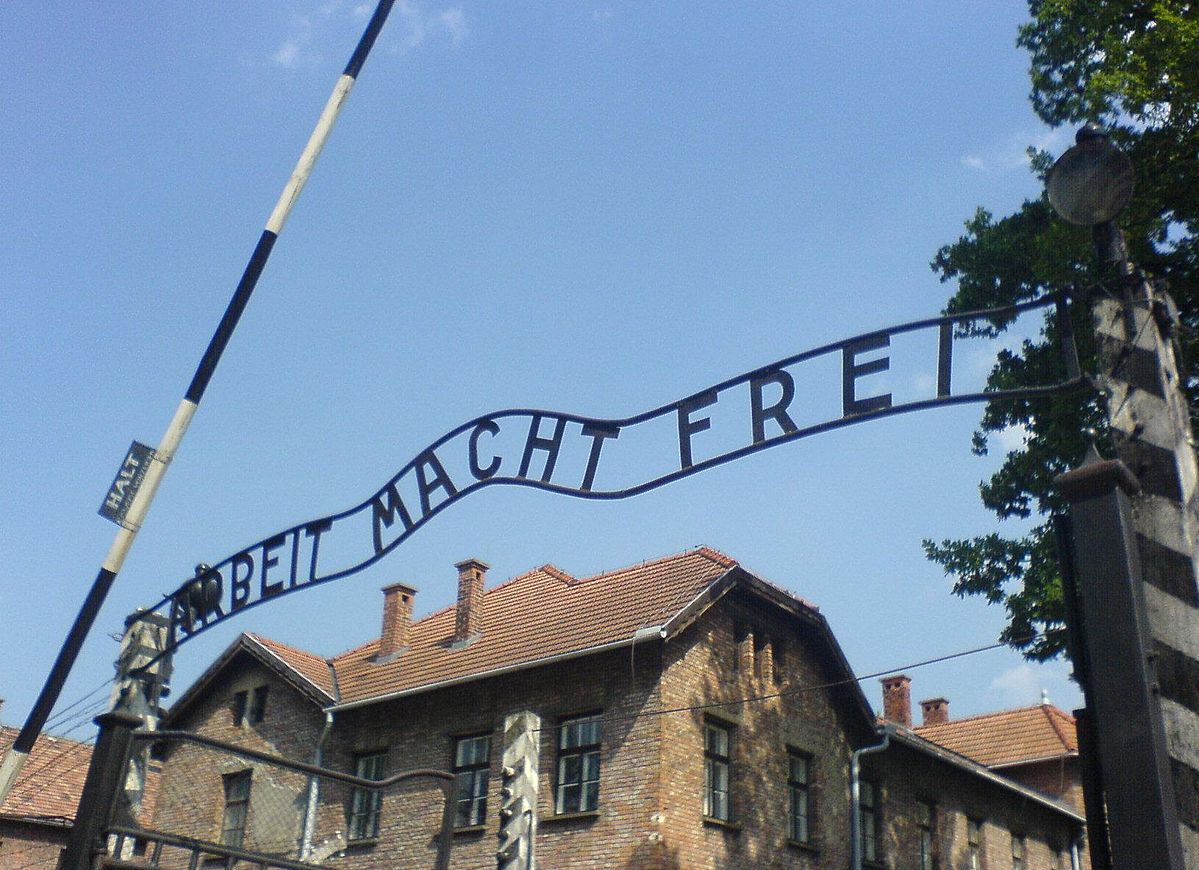 "Narcissism is the pursuit of gratification from vanity or egotistic admiration of one's idealized self-image and attributes,” says one Wikipedia entry. It elaborates that this “includes self-flattery, perfectionism, and arrogance.” And it explains that the term “originated from Greek mythology, where the young Narcissus fell in love with his own image reflected in a pool of water.”

Another entry, also in Wikipedia, makes narcissism a medical diagnosis.

Narcissistic personality disorder (NPD) is a personality disorder characterized by a long-term pattern of exaggerated feelings of self-importance, an excessive need for admiration, and a lack of empathy toward other people. People with NPD often spend much time thinking about achieving power and success, or on their appearance. Typically, they also take advantage of the people around them. Such narcissistic behavior typically begins by early adulthood, and occurs across a broad range of situations.

Was Nebuchadnezzar a narcissist? Was narcissism the predisposing trait to the mental illness that followed, afflicting him with a psychosis known as boanthropy. This is defined as "a psychological disorder in which the sufferer believes he or she is a cow or ox.” My source says that “the most famous sufferer of this condition was King Nebuchadnezzar, who in the Book of Daniel ‘was driven from men and did eat grass as oxen.’”[1]

An explicit narcissistic tenor is perceptible just before Nebuchadnezzar descended into mental darkness. He was walking on the roof of his magnificent palace in Babylon. At that moment, it occurred to him to utter a memorable line of self-praise: “Is this not magnificent Babylon, which I have built as a royal capital by my mighty power and for my glorious majesty?” (Dan. 4:30) Other texts suggest narcissism that is slightly less blatant. “If you do not tell me both the dream and its interpretation, you shall be torn limb from limb, and your houses shall be laid in ruins,” he says to members of his staff in Chapter 2 (Dan. 2:5). To call this “lack of empathy” is mild. “Who is the god that will deliver you out of my hands?” he says to the three dissidents in Chapter 3 (3:15). This is a mixture of delusions of influence and delusions of grandeur, both terms familiar in psychiatry. “No one can stop me,” he seems to think.

Until someone stops him.

It is quite remarkable that God keeps at it, showering Nebuchadnezzar with ever new opportunities for self-understanding. It begins with the dream and its interpretation. Then the image and the deliverance of the three dissidents from the fiery furnace. And then another dream with yet another interpretation (Dan. 4:5-28). Change before it is too late! Reverse course! “Break away now from your sins by doing righteousness, and from your iniquities by showing mercy to the poor” (Dan. 4:27, NASB). There is more than a hint in this exhortation that there is a connection between “doing righteousness” and “showing mercy to the poor.”

Nebuchadnezzar did not take it to heart. He persists in self-regard and self-aggrandizing behavior. On the day of his most brazen self-praise, we read that “while the words were still in the king’s mouth, a voice came from heaven: ‘O King Nebuchadnezzar, to you it is declared: The kingdom is departed from you!’” (Dan. 4:31). The good news in the story—and there is good news—is that there seems to be hope even for the narcissist (Dan. 4:34-37).

Are narcissists born or made? I will theorize that they are made. Forces that help make them are enablers, collaborators, and sycophants. Perhaps there will be narcissists just the same, but their ability to cause damage will be minimal in the absence of these sources of support.

I am writing this on January 27, 2020. Today marks the 75th anniversary of the liberation of Auschwitz. Events, speeches, and books remind us that the unimaginable happened. It could not have happened without millions of enablers. I put in this category those who cast their votes for Hitler and his party prior to 1933. The biggest voting group in this category were the Protestants in northern Germany. Overall, Seventh-day Adventists were not a countervailing influence. I have thought of this again with the help of Johannes Hartlapp’s seminal book, Siebenten-Tags-Adventisten im Nationalsozialismus (2008). Dr. Hartlapp is professor of church history at Friedensau Adventist University in Germany. He says that “the Christian conscience capitulated to the Zeitgeist” (p 597), and the Adventist conscience also fell into line. His use of imagery from the Book of Daniel is telling.

With reference to the Old Testament text, preachers time and again inculcated their congregations: “While we go with them into the Valley of Dura, we will not bow down to their statue.” With that attitude many leaders turned a blind eye on those who didn’t want to go into the Valley of Dura in the first place. The way into the Valley of Dura, however, changed the church so drastically that most of them failed to realize that they were brought in line and abused by the regime, much like the rest of the population (p. 598).

I quoted this in a submission to Spectrum Sabbath School pages a year ago, and I still find the language chilling. Going into the Valley of Dura, but not going to bow down! It did not quite work out that way. Hitler must be reckoned a narcissist by the criteria put forth at the beginning of this essay, but he was more than a garden-variety narcissist. Even so, he could not have accomplished much without enablers. Our community, too, must be counted among the enablers to the rise of the most notorious narcissist in world affairs.

A collaborator is a step beyond the enabler. Again, Auschwitz and the Holocaust would not be possible without collaborators. “The Road to Auschwitz Was Not Paved with Indifference,” Rivka Weinberg writes in a recent article in the New York Times (January 21, 2020).[2] This is to say, it was not indifference as such that made the difference. We have given indifference too much credit; we have let ourselves off the hook too easily. “During the Holocaust, the local population, the police and the army often helped the Nazis,” Weinberg writes. The person who hammered out the racial Nuremberg laws wanted to limit the damage, but he will be remembered as a collaborator.

This is not to discount the danger of indifference. Marian Turski, one of the two hundred survivors still alive who returned to Auschwitz this year, put it like this, “Do not be indifferent when any minority is discriminated against.”[3] Turski is ninety-three; we are unlikely to hear from him again. But he has watched what is happening in the world in Europe and elsewhere; he knows first-hand the danger of vilification and discrimination against minorities.

Merriam-Webster defines “sycophant” as an “obsequious flatterer or self-seeker,” with an attitude of “fawning, flattery, or adulation.” In politics, the sycophant seeks advantage by servility that is motivated by self-seeking. A sycophant, then, is an “insincere flatterer.”

We have seen people who belong in this category in Daniel. What were they, the people who came forward to denounce Daniel’s three friends in the Valley of Dura? The text says that “certain Chaldeans came forward and denounced the Jews.” Were they promoting the king’s interests or their own? Flattery lies thick in the air when they start talking.

“O king, live forever! You, O king, have made a decree, that everyone who hears the sound of the horn, pipe, lyre, trigon, harp, drum, and entire musical ensemble, shall fall down and worship the golden statue, and whoever does not fall down and worship shall be thrown into a furnace of blazing fire. There are certain Jews whom you have appointed over the affairs of the province of Babylon: Shadrach, Meshach, and Abednego. These pay no heed to you, O king. They do not serve your gods and they do not worship the golden statue that you have set up” (Dan. 3:8-12).

Most likely the accusers were people who had a grudge against Daniel and his fellow Jews. They seek leverage by appearing to be zealous for the king’s interests. There is flattery in the text, and it does not take much imagination to spot an element of insincerity. When we add this up, we see sycophants at work.

The Holocaust in the twentieth century cannot be understood apart from the role of enablers and collaborators, but it also took a good number of sycophants. Hitler had specified that he wanted Europe cleared of Jews, but he had not said how to do it. He never set foot in Auschwitz or other designated extermination camps. He left it to his sycophants to design the means, as if aware that sycophants tend to exceed the expectations of the person they serve. In abject servility to the great leader (Führer), they go to lengths that the leader had not envisioned. They give the Führer what they think he wants, outdoing each other in the process. Heinrich Himmler, Joseph Goebbels, Hans Frank, and Adolf Eichmann belong in this category. When the narcissist gets to surround himself with sycophants, as sometimes happen, the brakes are off, and boundaries disappear.

We do well to understand that Nebuchadnezzar’s excessive self-regard does not happen in a vacuum. So with the rise of some of the most notorious characters in the twentieth-century: they could not do it alone. In closing, I reviewed a long list of crude, self-praising statements made by a leader in our time. I thought I might add them as a postscript but decided against it. On a day like this, the 75th anniversary of the liberation of Auschwitz, there is less to say about the narcissist at the center and more about the enabler, the collaborator, and the sycophant.

[3] Jonathan Freedland, “‘Thou shalt not be indifferent’: from Auschwitz's gate of hell, a last, desperate warning,” Guardian, Jan. 27, 2020, https://www.theguardian.com/world/2020/jan/27/thou-shalt-not-be-indifferent-from-auschwitzs-gate-of-hell-a-last-desperate-warning